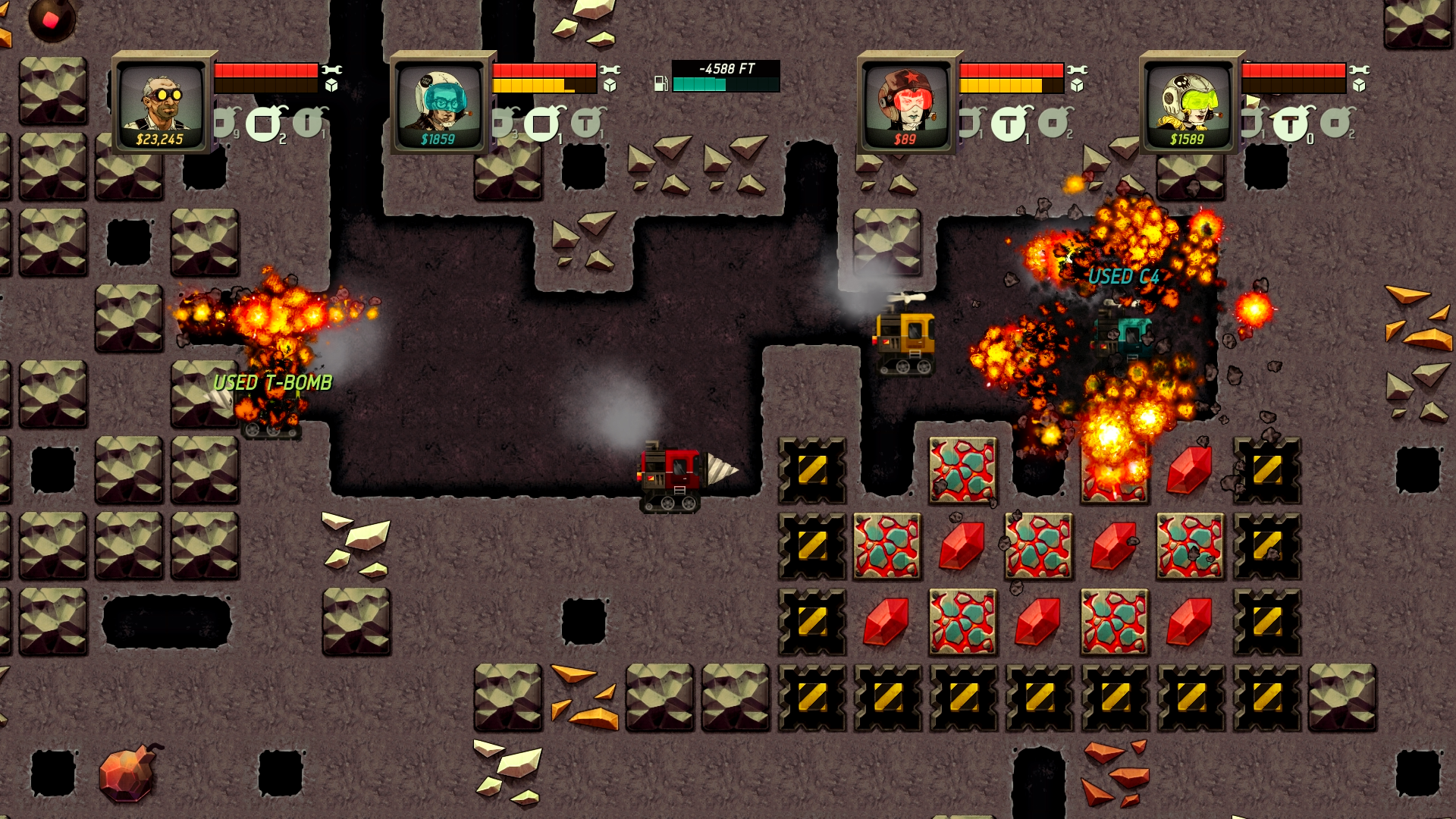 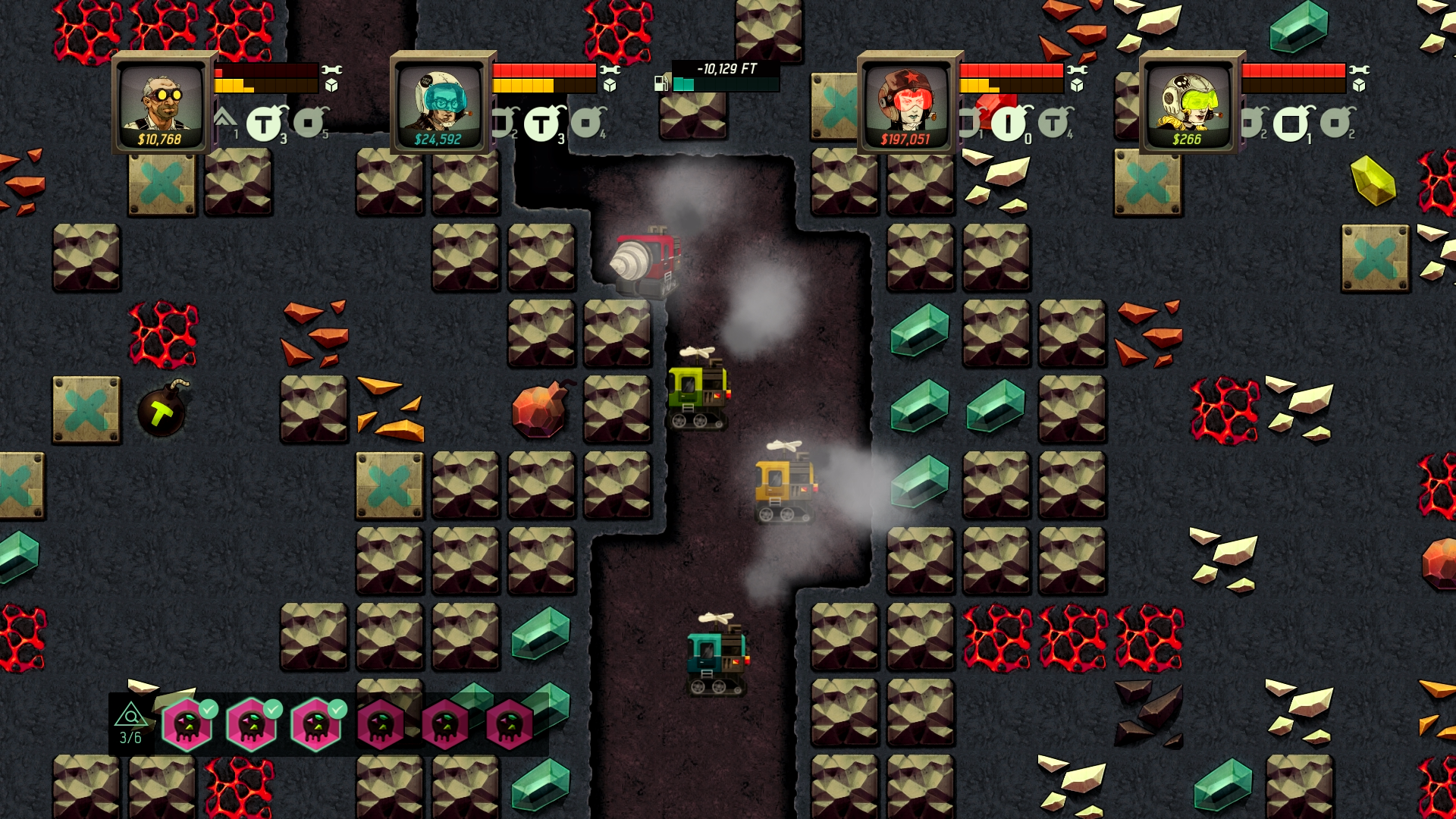 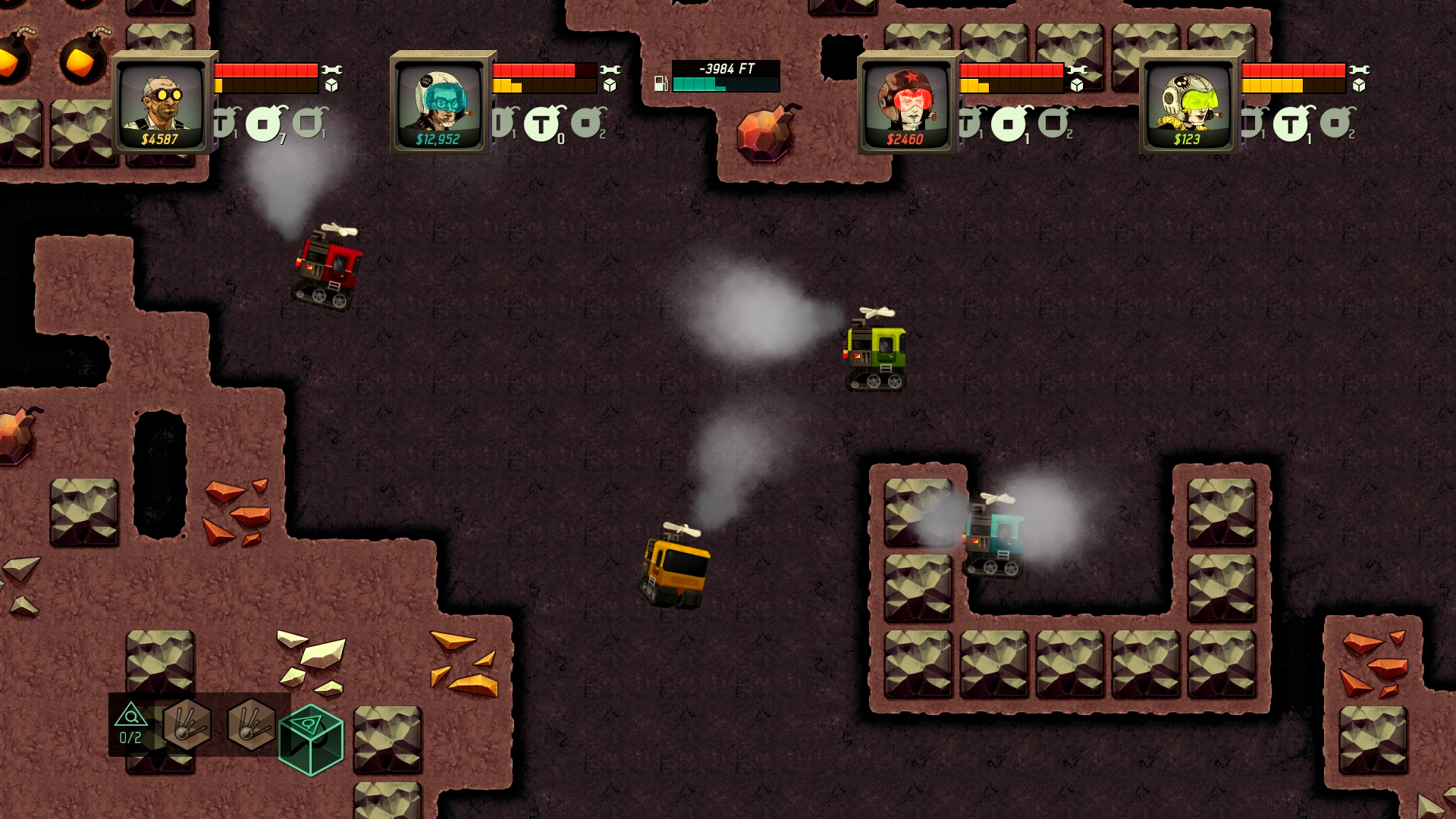 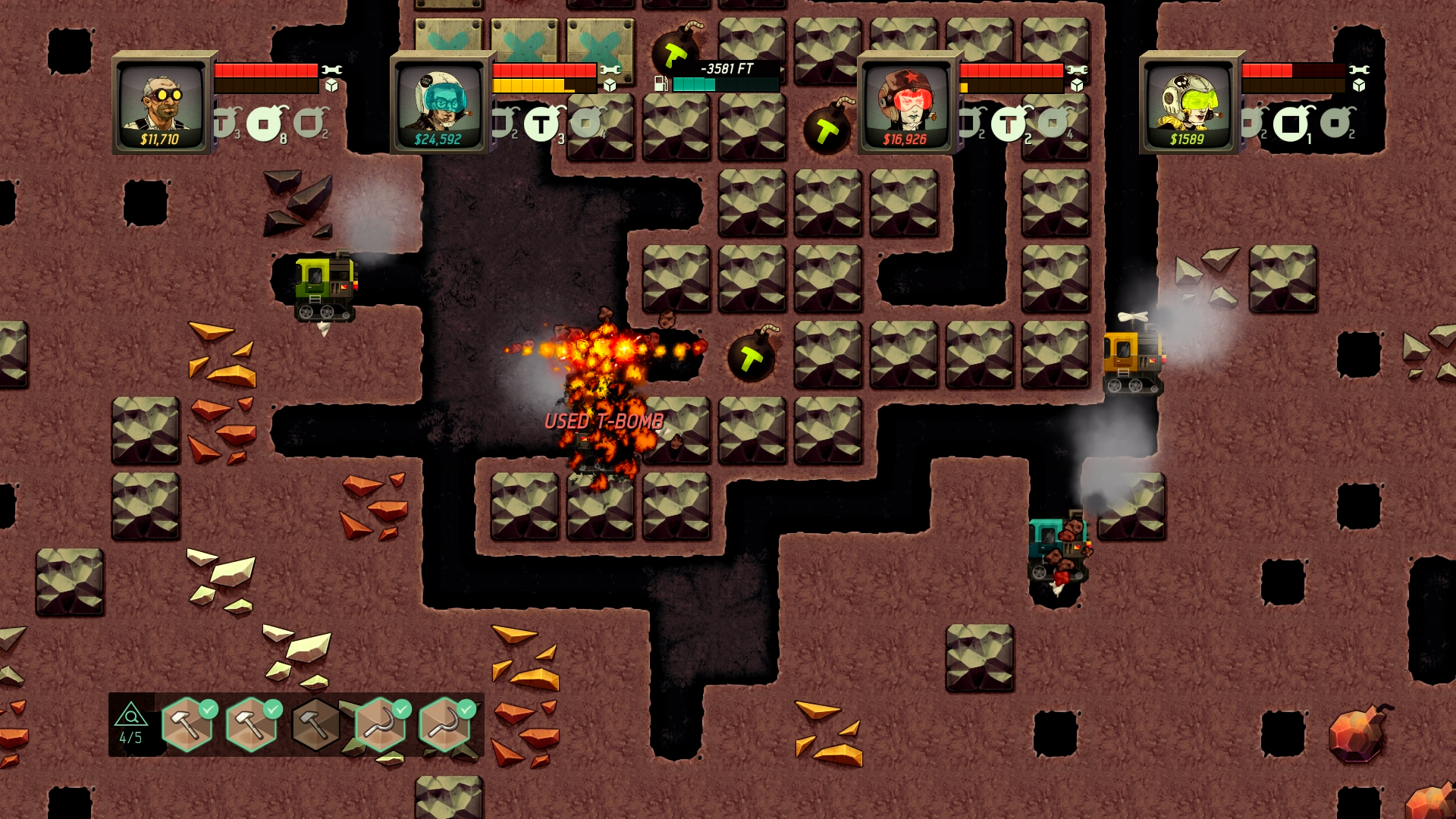 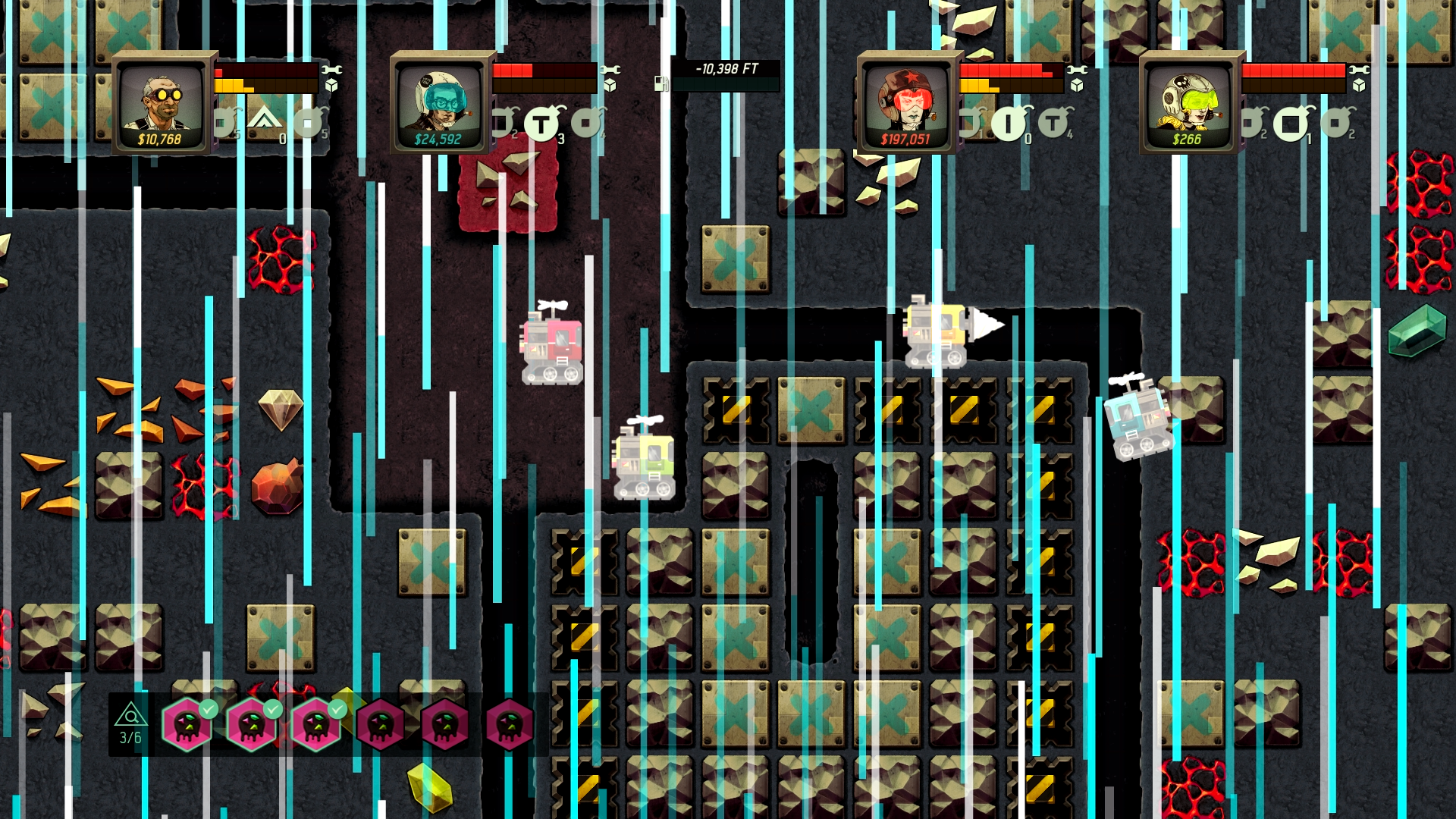 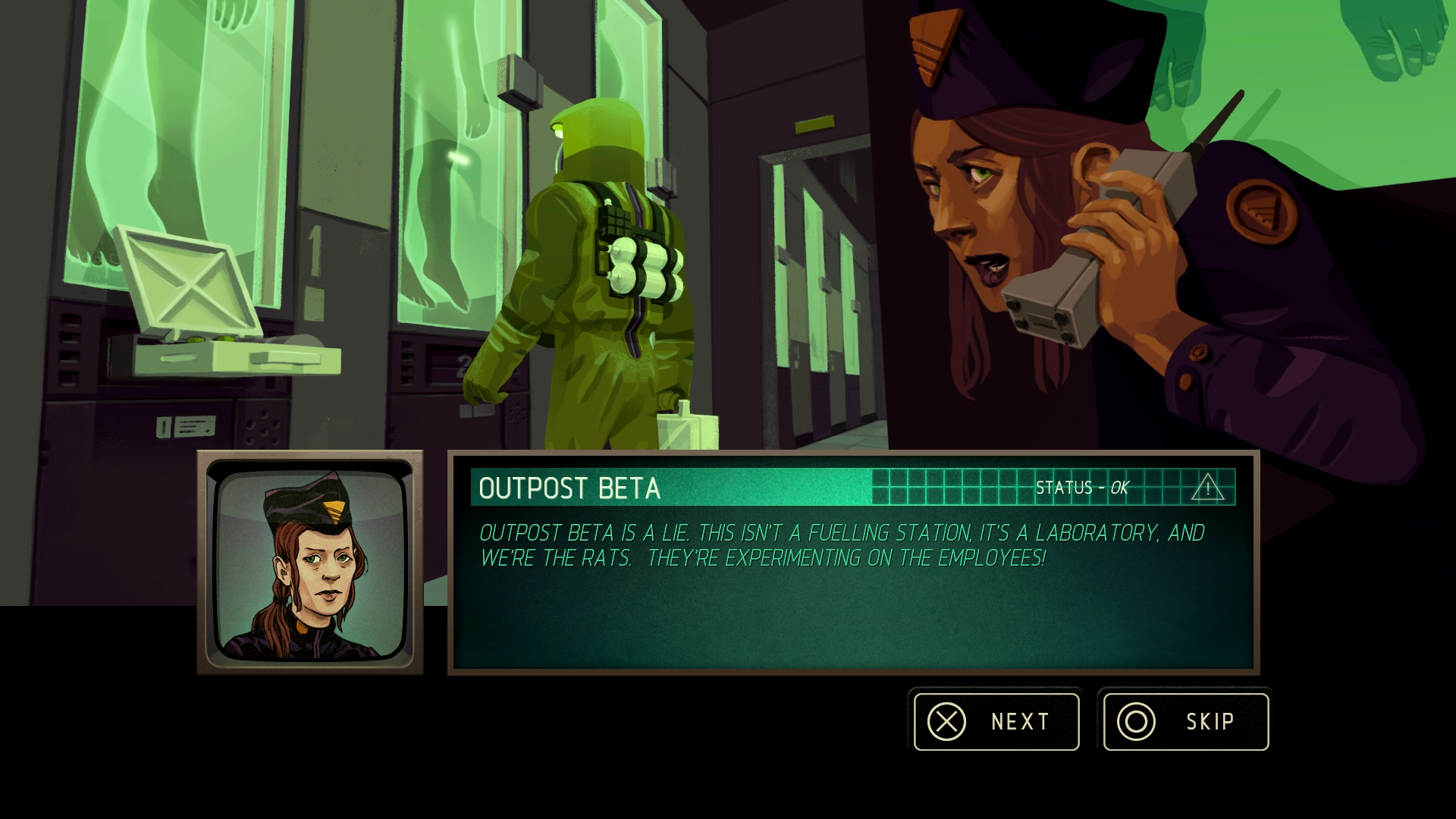 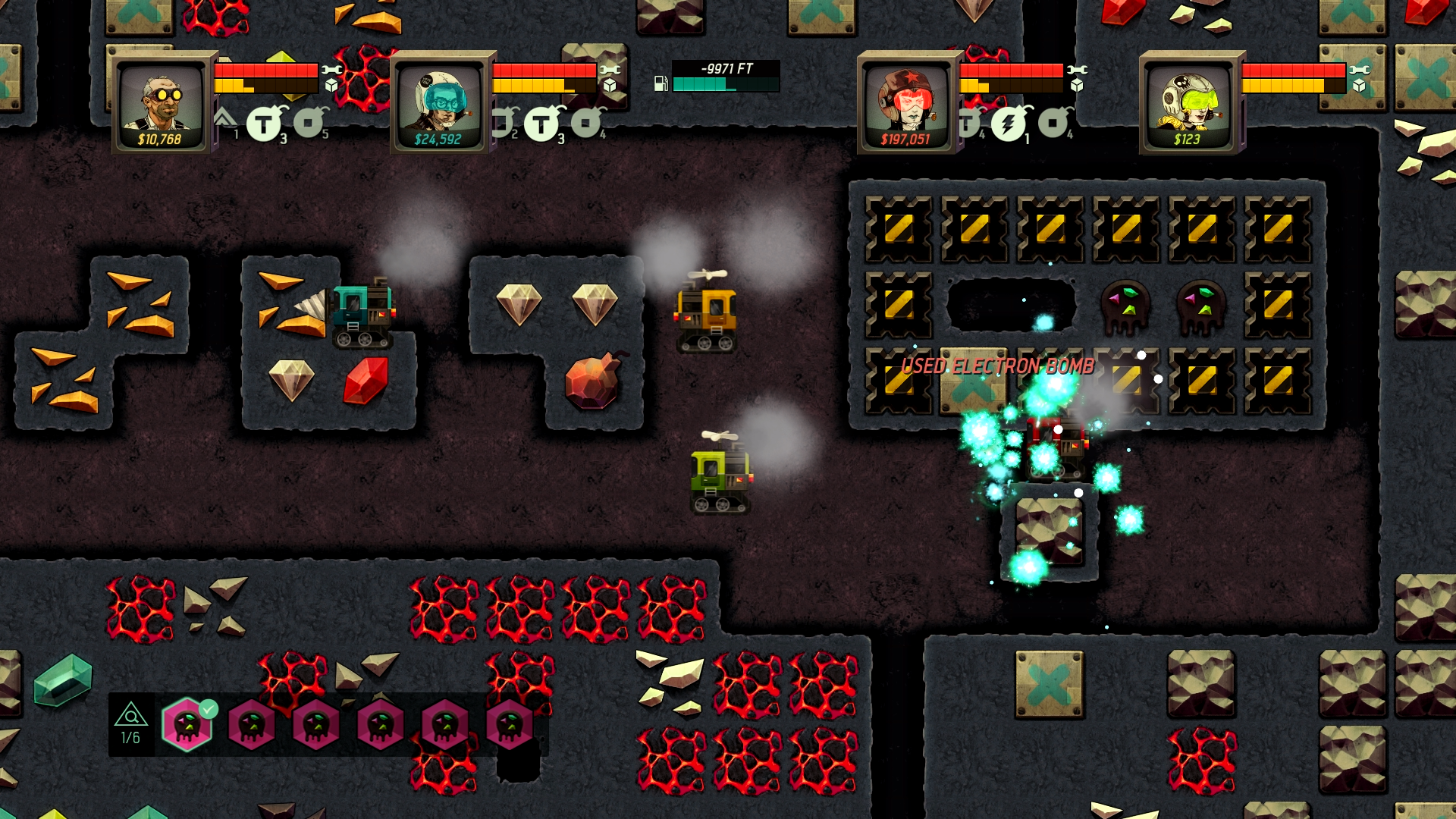 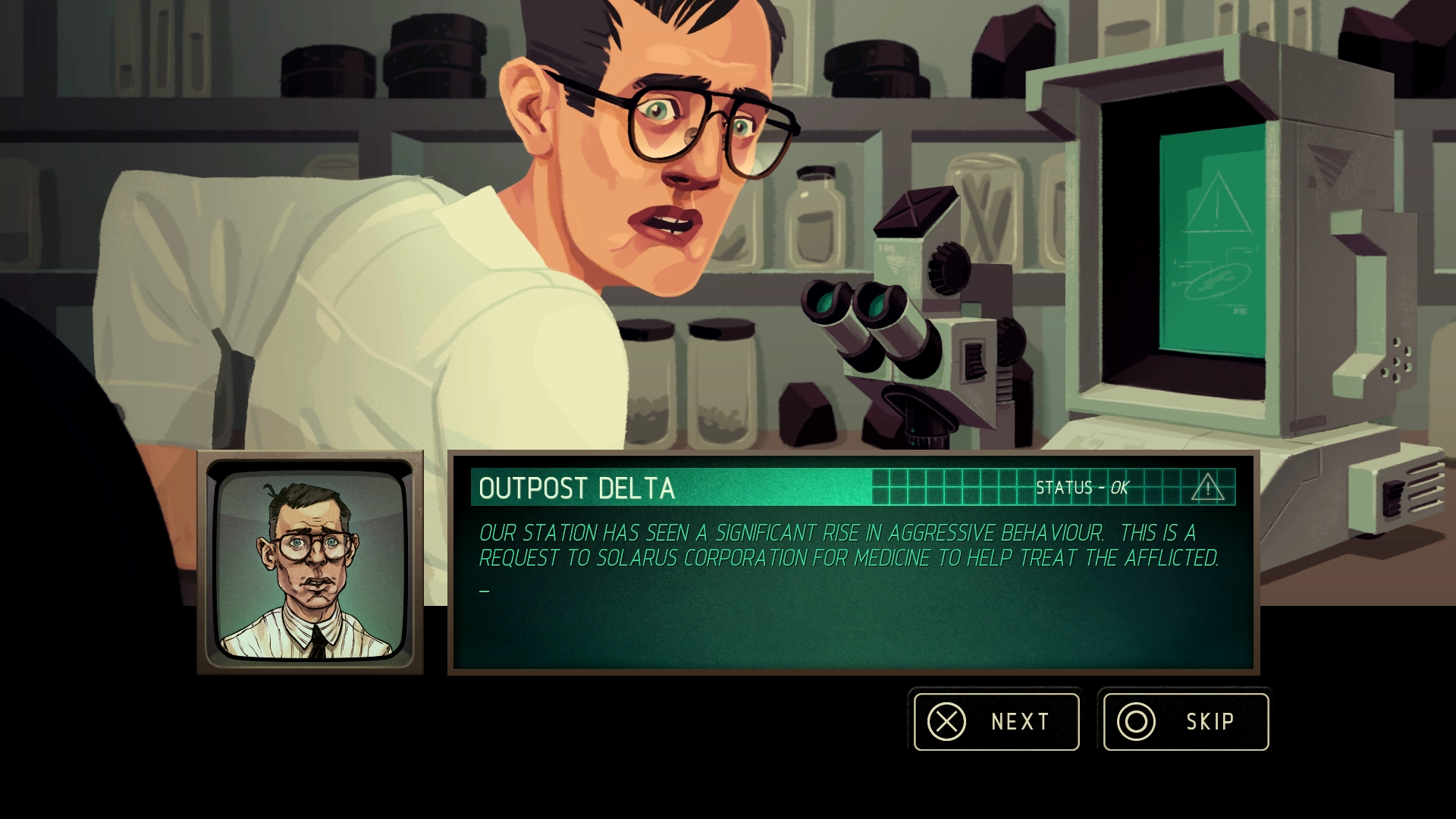 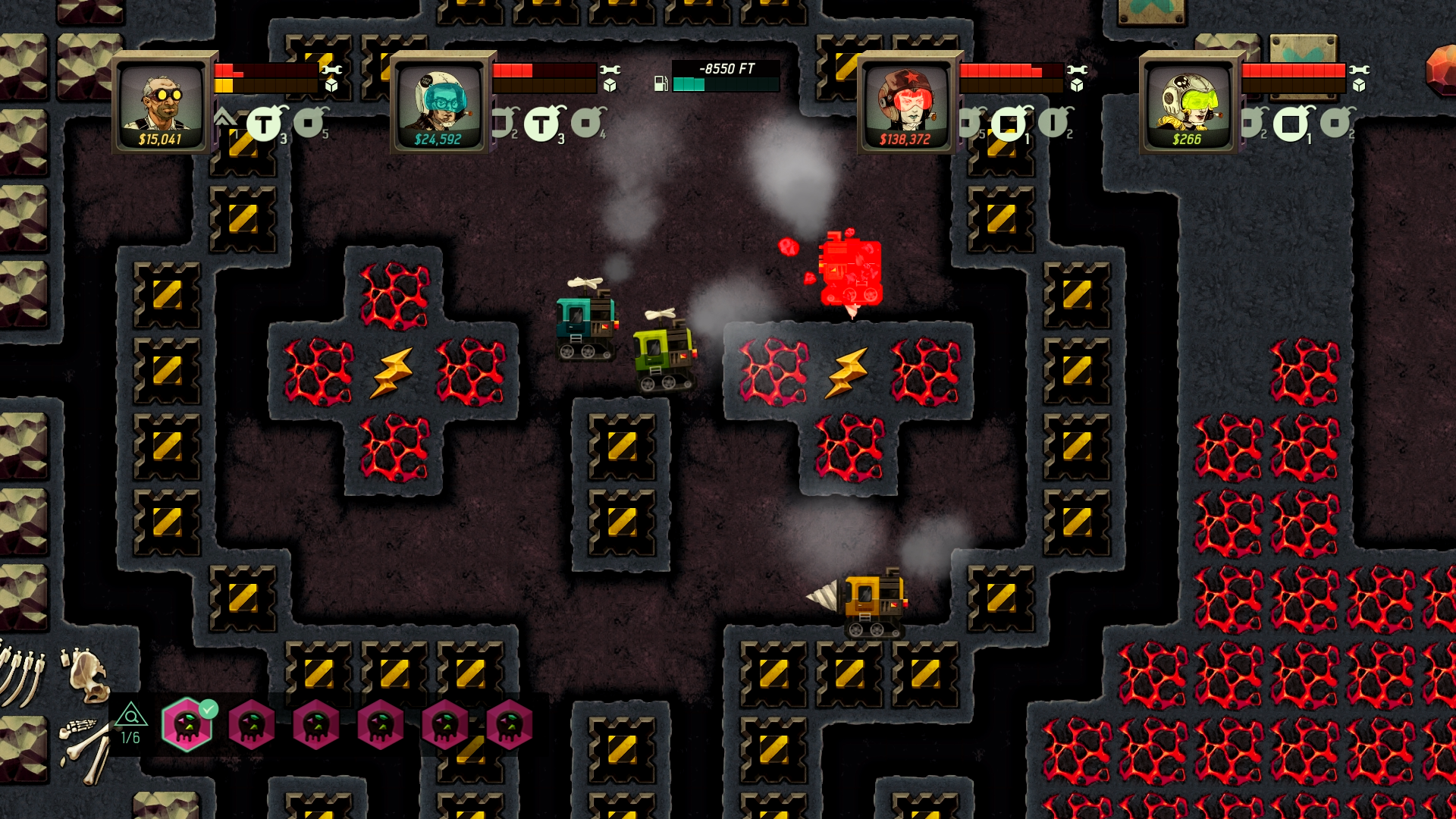 Set on Mars in an alternate Cold-War era, Super Motherload is a 1 to 4-player couch co-op digging adventure with branching storyline choices, a fully voiced cast of Soviet and American characters, and a procedurally-generated world that changes each time you play.

Purchase powerful upgrades and supplies for your mining pod as you progress and prosper, as well as rare special abilities with random availability.

Purchasing this content entitles you to both the PS3™ system and PS4™ versions!