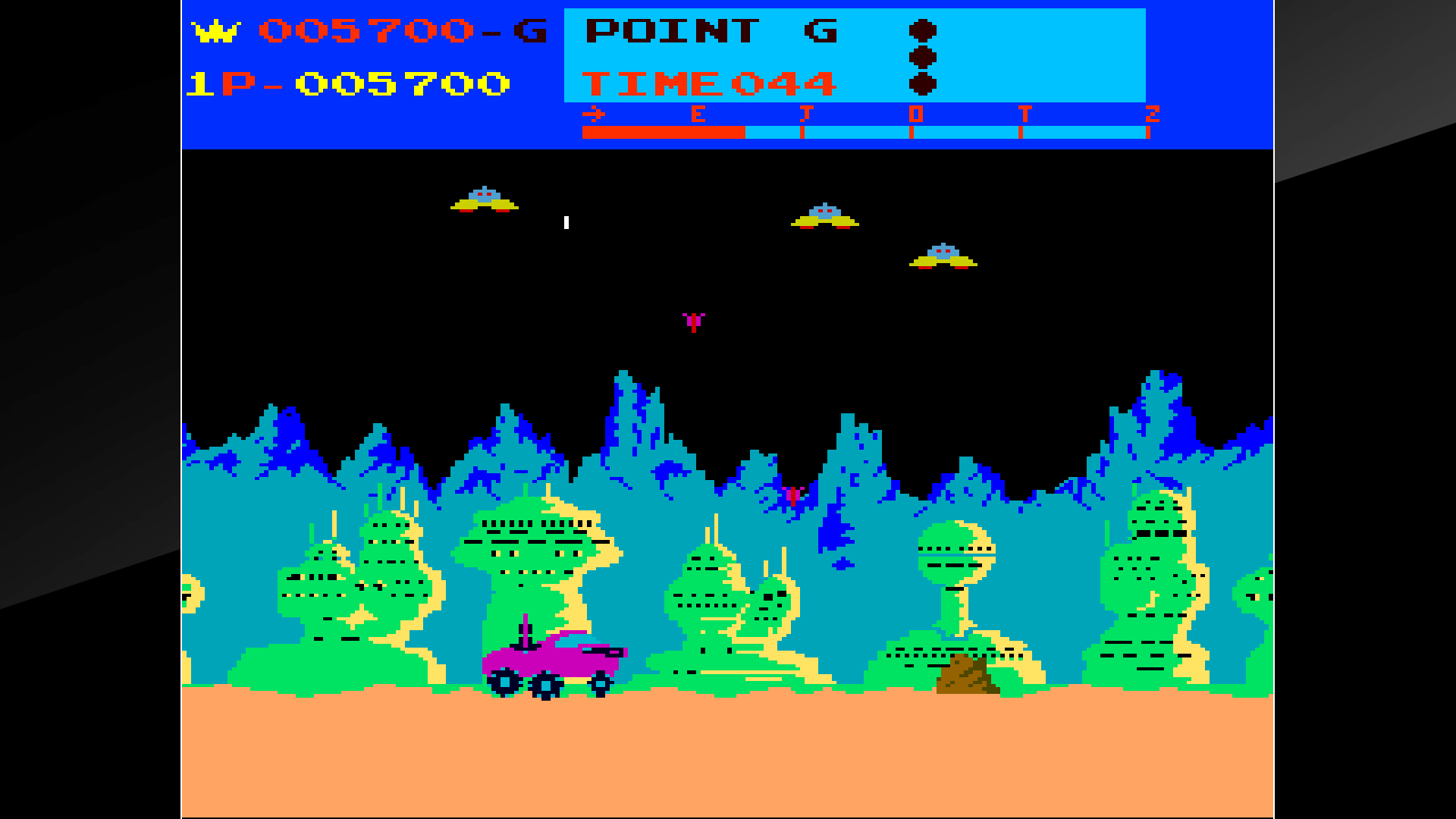 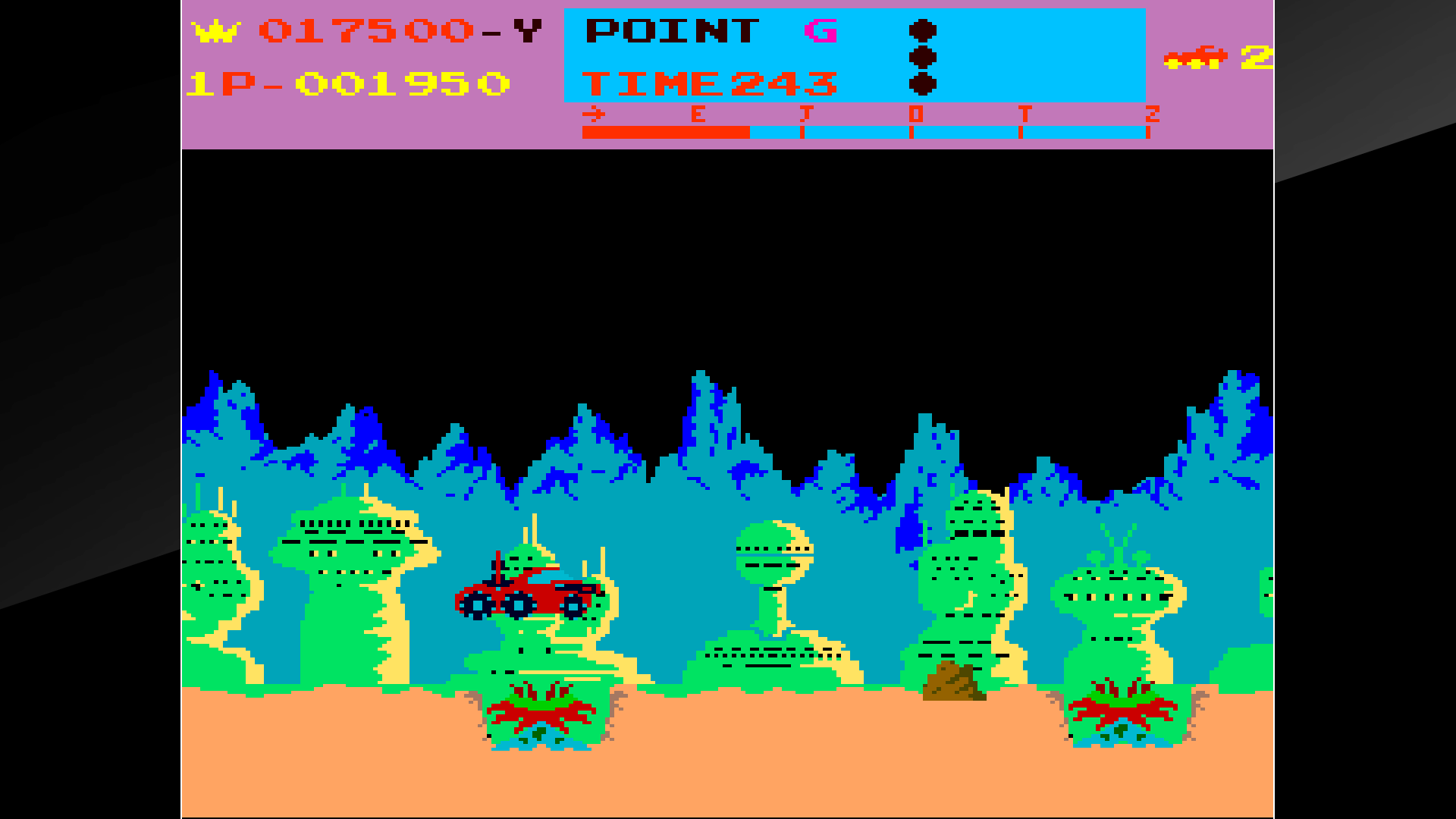 The game only contains the Japanese version ROM.
The option menu and the manual are available in Japanese, English, French, German, Italian and Spanish.

"MOON PATROL" is a side scrolling shoot'em up released by Irem in 1982.
Players will control the lunar vehicle to avoid obstacles by jumping and use consecutive upper attacking missiles and the front rocket launcher to defeat enemies in order to proceed.
The goal is to clear the beginner course up to the champion course.

The Arcade Archives series is developed with the concept of recreating popular arcade games.
Various game settings including the difficulty level can be set, recreating the feeling from the cathode-ray tube type of televisions.
Players can also compete with other players around the world using the online ranking feature with scores.
Please enjoy the masterpiece that built a generation for video games.