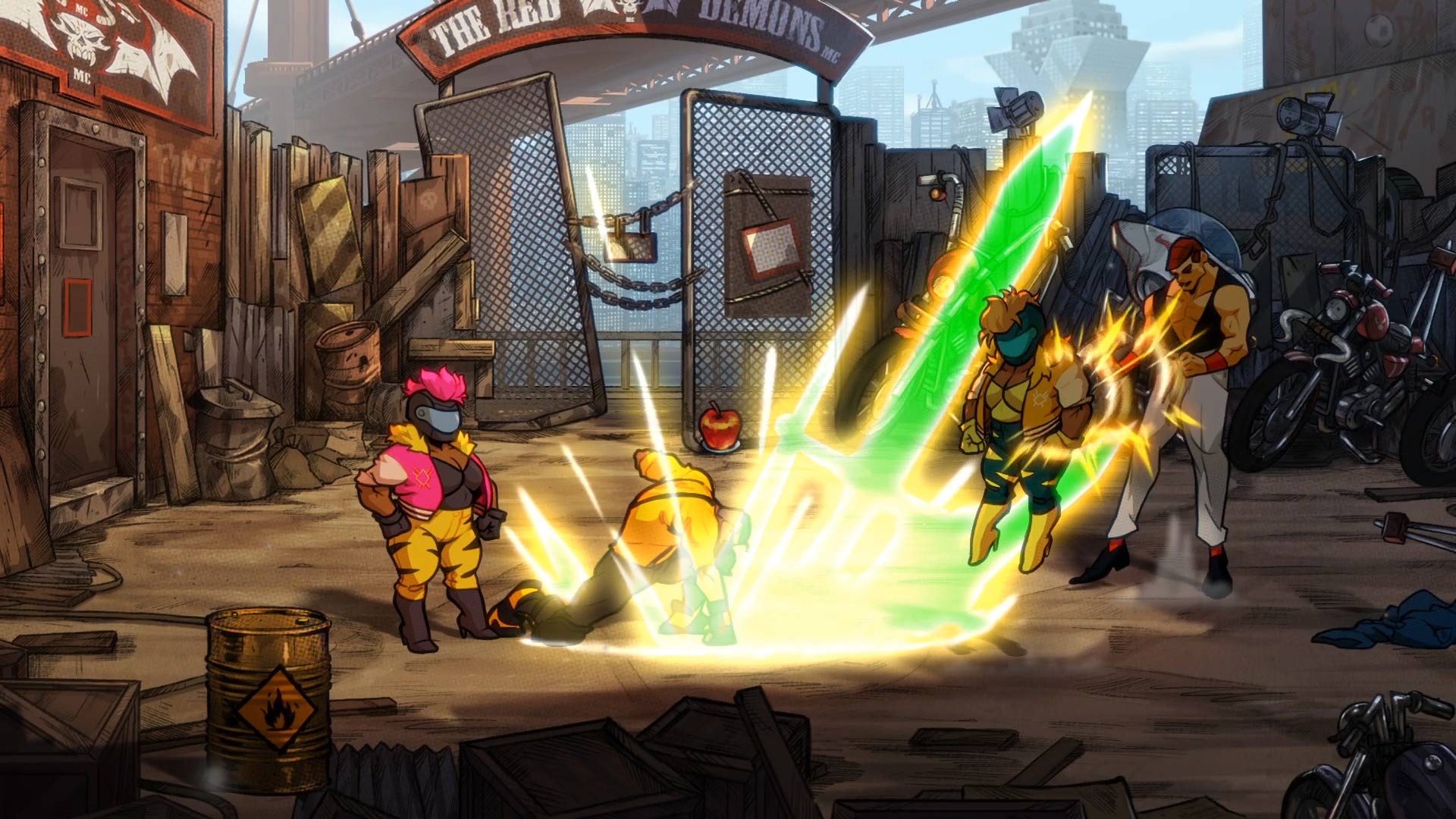 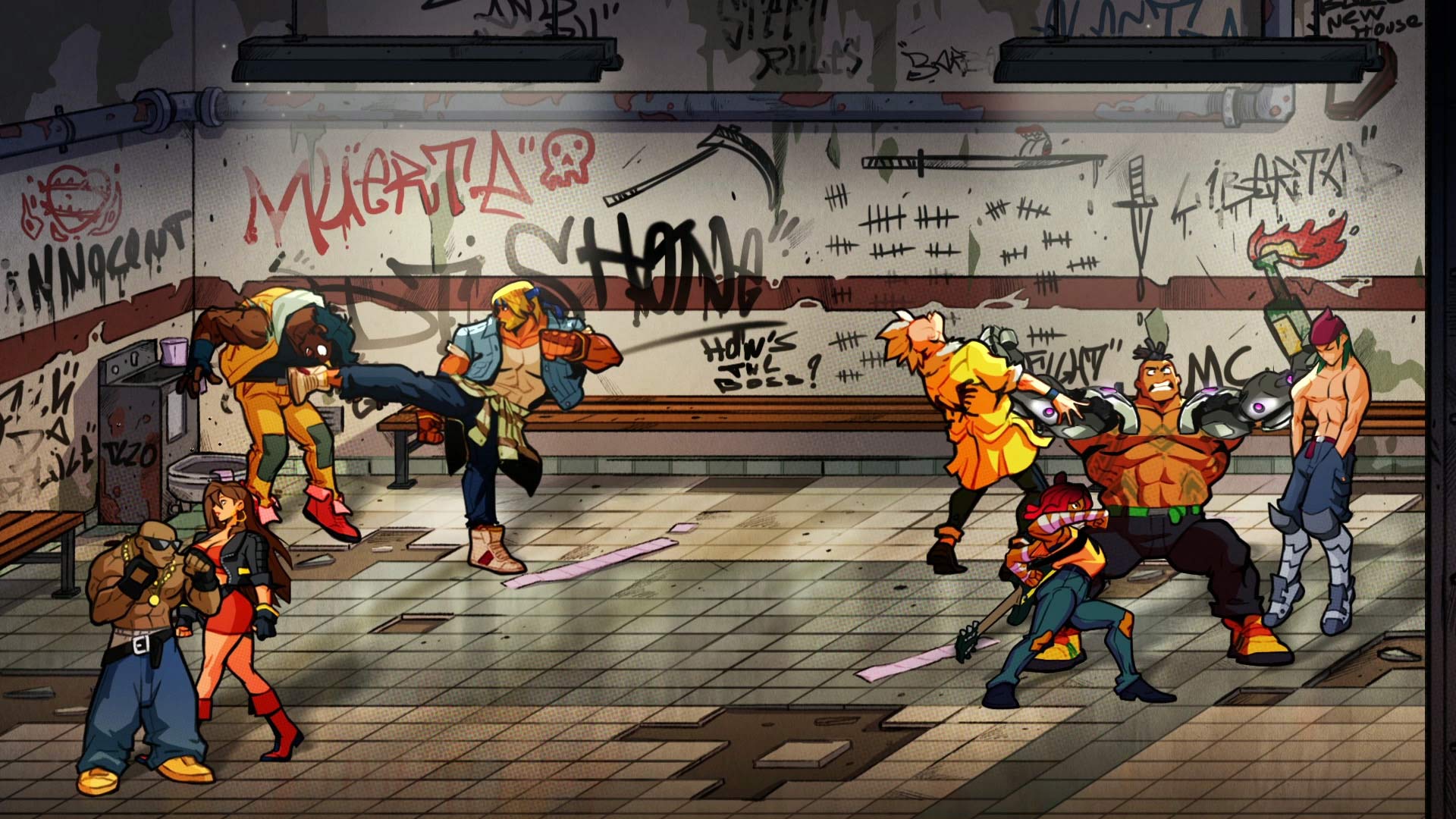 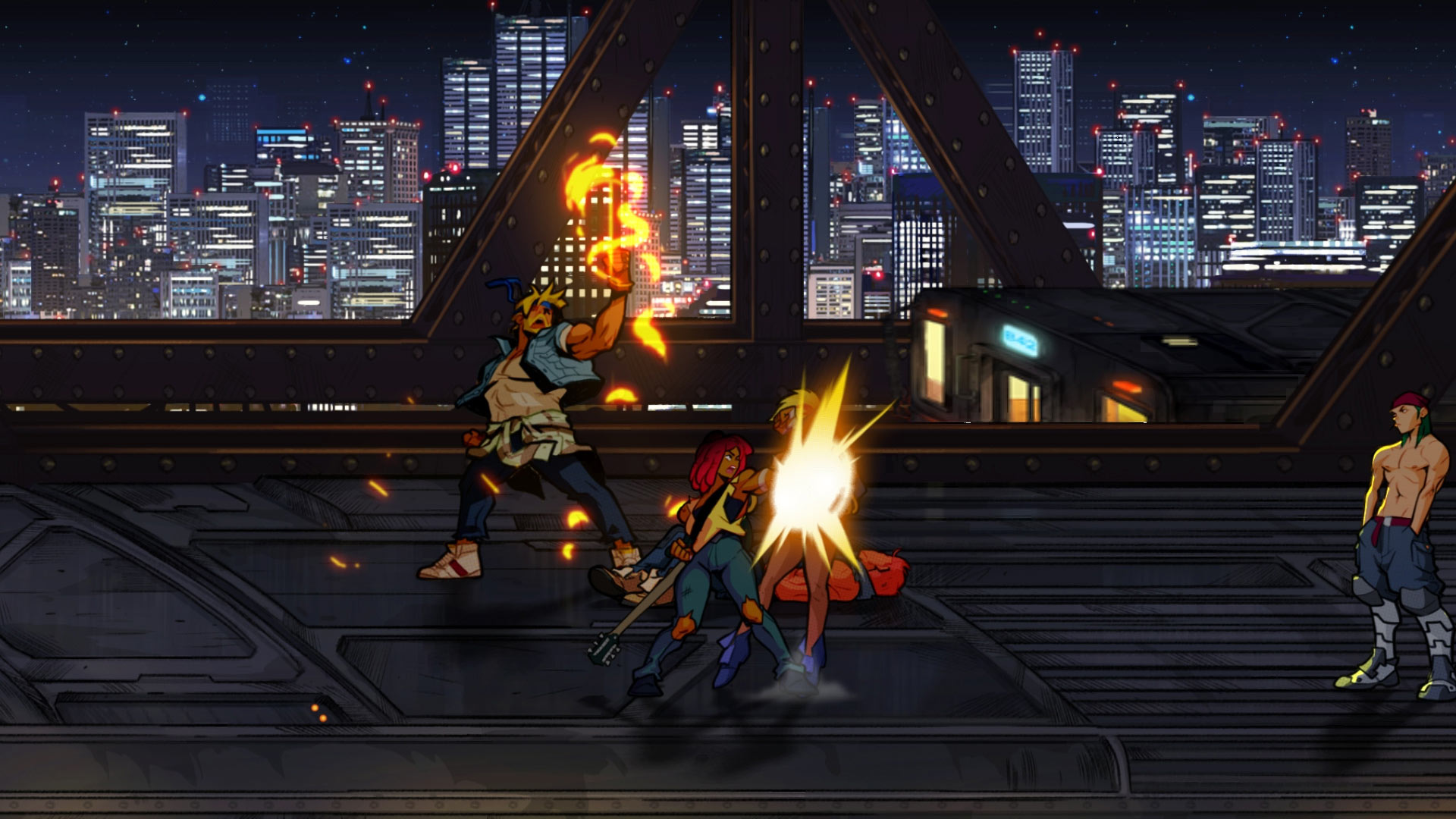 Amongst the best beat’em up series ever created, jammin’ ‘90s beats and over the top street beating, the iconic series Streets of Rage comes back with a masterful tribute to and revitalization of the classic action fans adore.

The all-time classic Streets of Rage, known as Bare Knuckle (ベア・ナックル Bea Nakkuru) in Japan, is a beat ‘em up series known for this timeless gameplay and electronic dance influenced music. Streets of Rage 4 builds upon the classic trilogy’s gameplay with new mechanics, beautiful hand-drawn visuals and a God tier soundtrack.

Team up with iconic and brand-new characters
Streets of Rage 4 got its iconic characters back: Axel and Blaze teaming up with new sister in arm Cherry Hunter. With some brand-new moves and kickass tracks to take a listen, our heroes are ready to dish out beatdowns to a fledgling group of ill-advised criminals in full force.

Outstanding Hand-Drawn Visuals
Streets of Rage 4 will be the first entry to the core series in 25 years, standing as Axel or Blaze’s glorious return to serving up side-scrolling beatdowns. With lush hand-drawn animations, new combat abilities, and fresh tracks from an amazing team of composers, Streets of Rage 4 will be a masterful tribute to and revitalization of the classic action fans adore.

Features
● The comeback of the legendary Streets of Rage series.
● Beautiful graphics fully hand-drawn animated by the studio behind Wonder Boy: The Dragon’s Trap.
● Classic gameplay enhanced with brand-new mechanics.
● Soundtrack by a wide all-star line up of world-class musicians.
● Braised chicken everywhere.