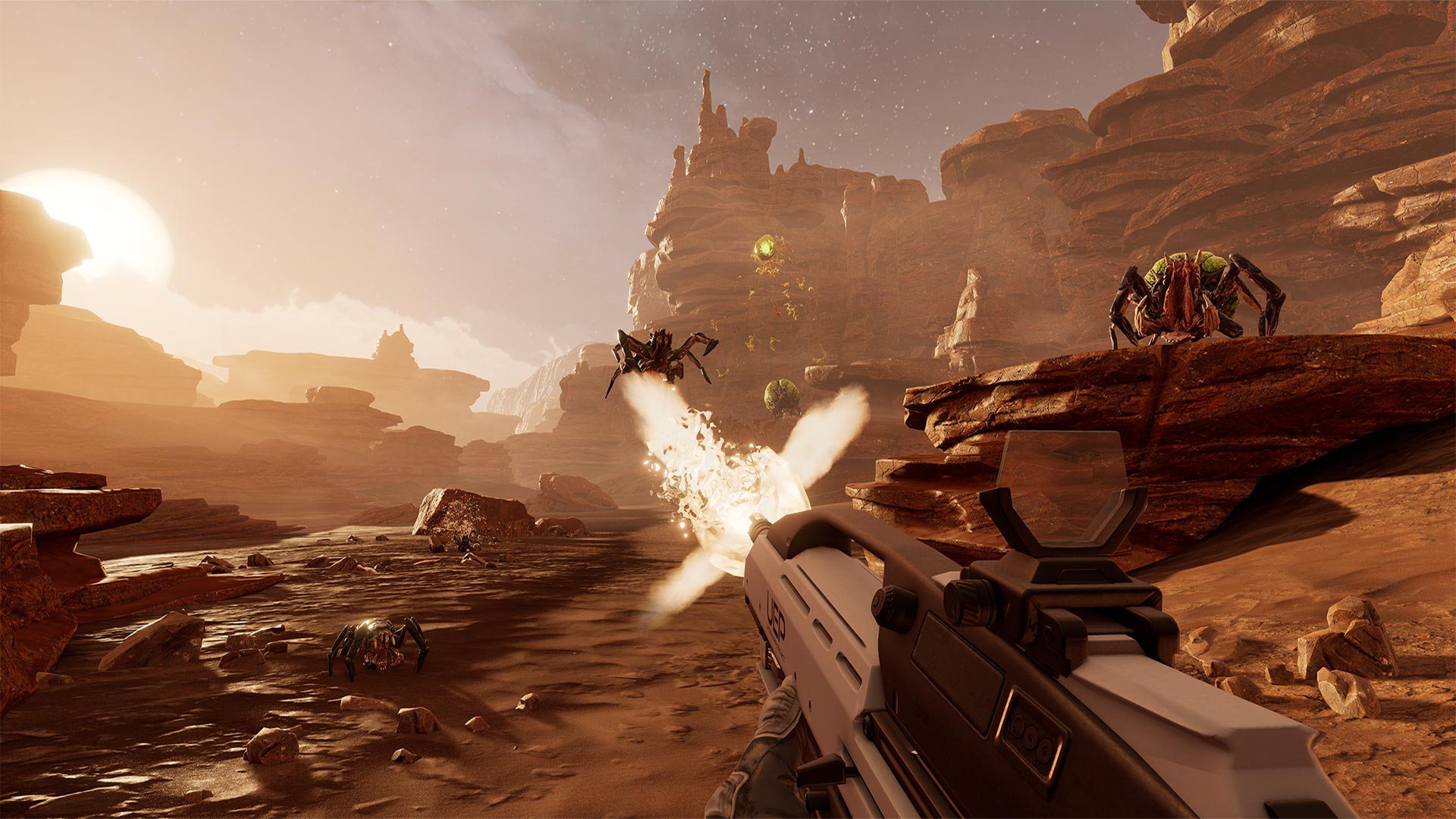 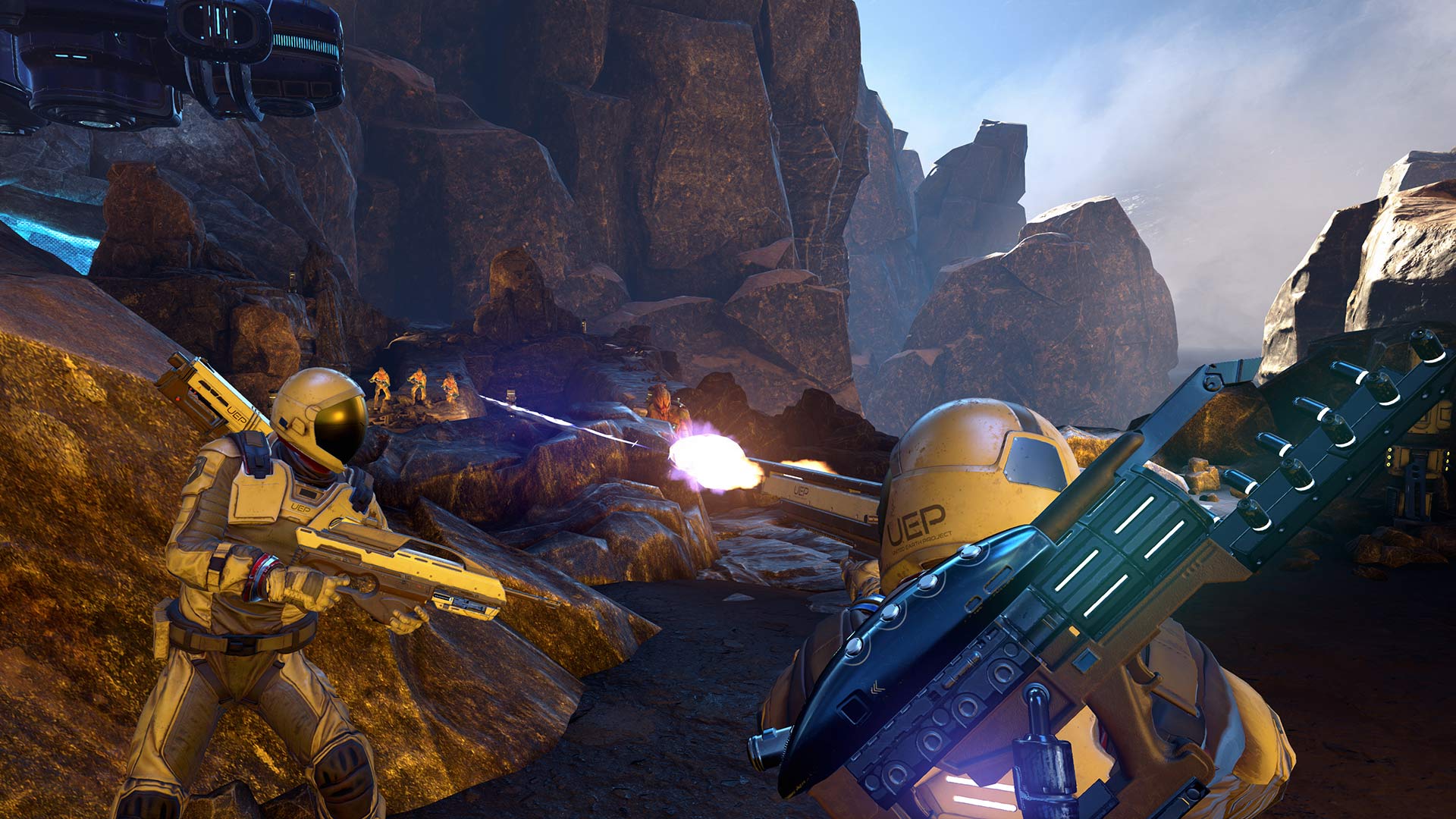 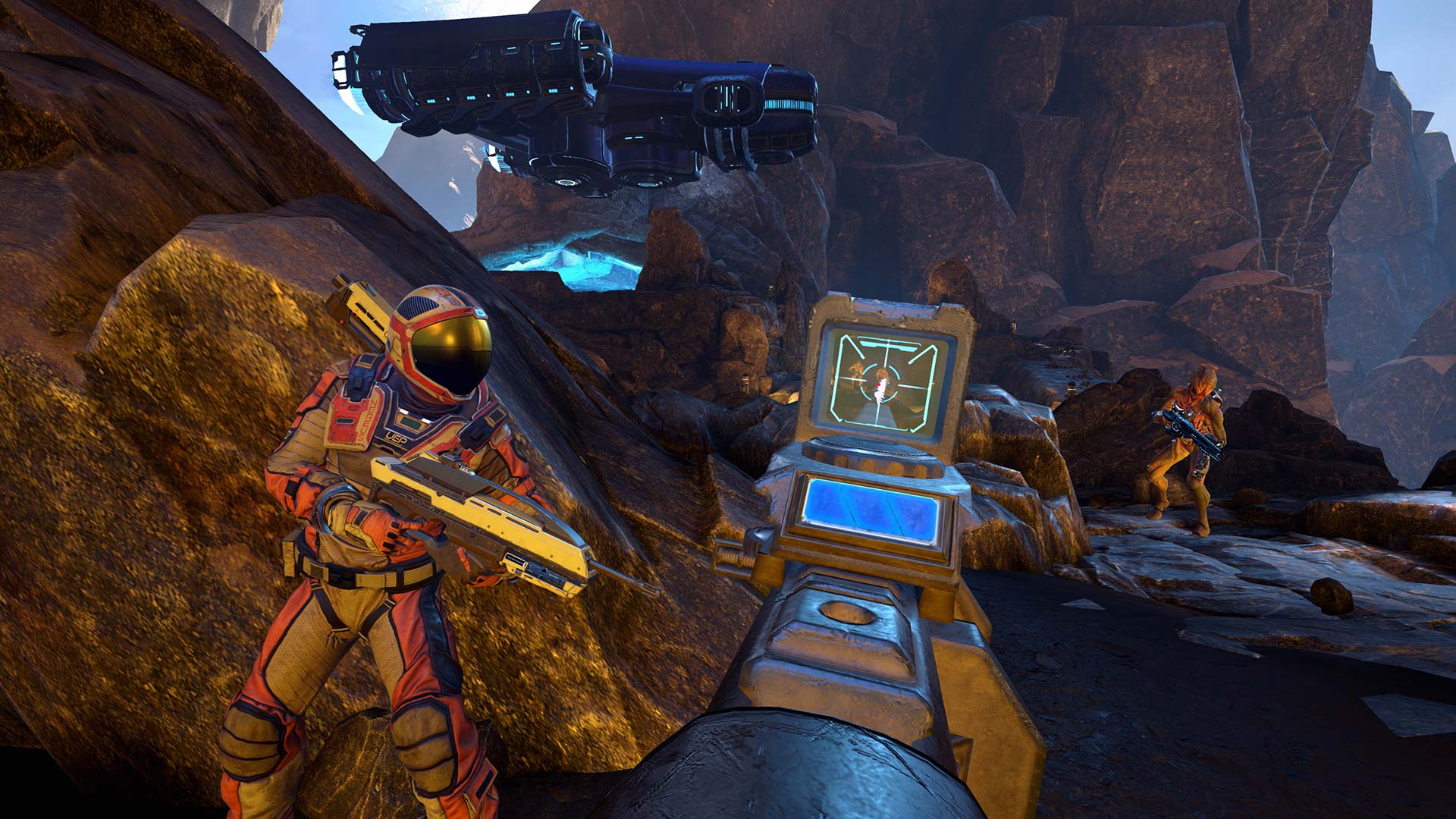 Farpoint is a riveting VR space adventure set on a hostile alien planet. On a mission to pick up scientists studying an anomaly near Jupiter, a sudden rupture nearby sends you and their station crashing onto an unknown alien world.

Separated from your colleagues, you must use holographic logs scattered throughout the landscape to reunite with the scientists and escape the planet. Explore and discover the secrets of the planet, blasting your way through hordes of indigenous and alien life as you keep moving to survive.

Experience a full-length single player campaign as you traverse an unnerving alien world, searching for survivors and a way home.

Master various weapons – from charged plasma rifles to a railgun - in the fight through packs of hostile alien life.

Explore and fight together with a friend in 2 player online co-op.*

Farpoint is optimised for the PlayStation®VR aim controller, but is fully playable with a DUALSHOCK®4 wireless controller.