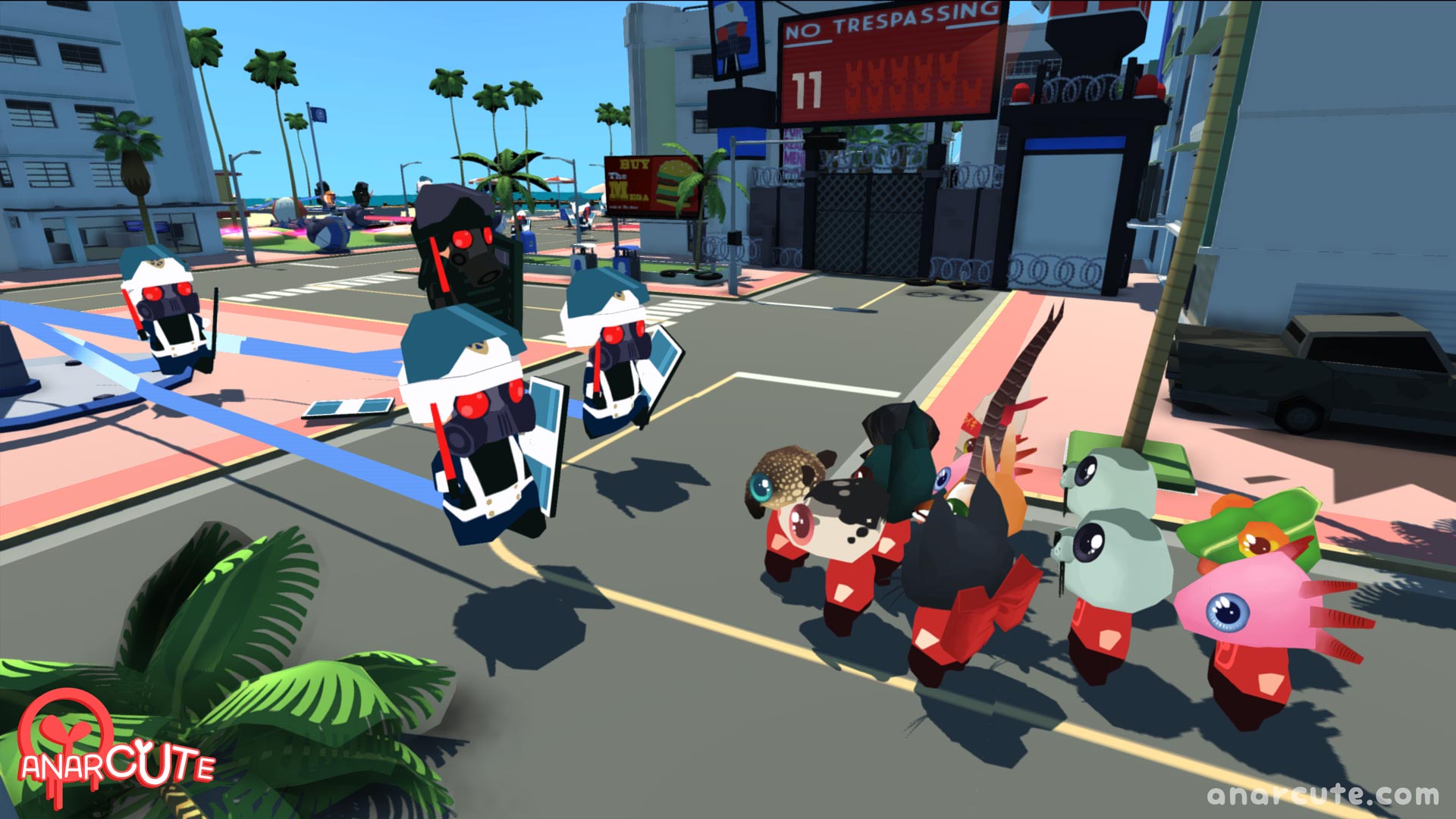 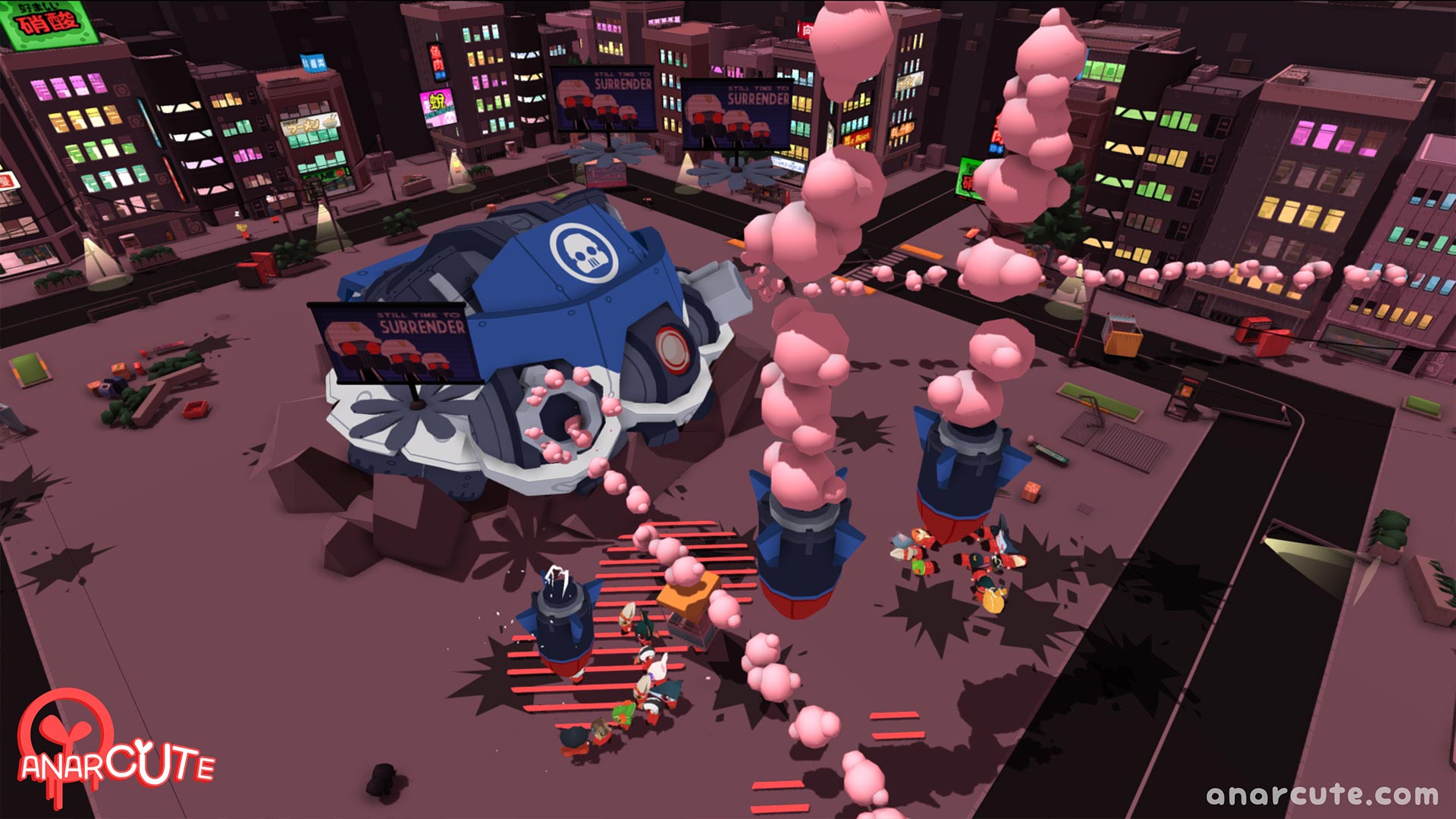 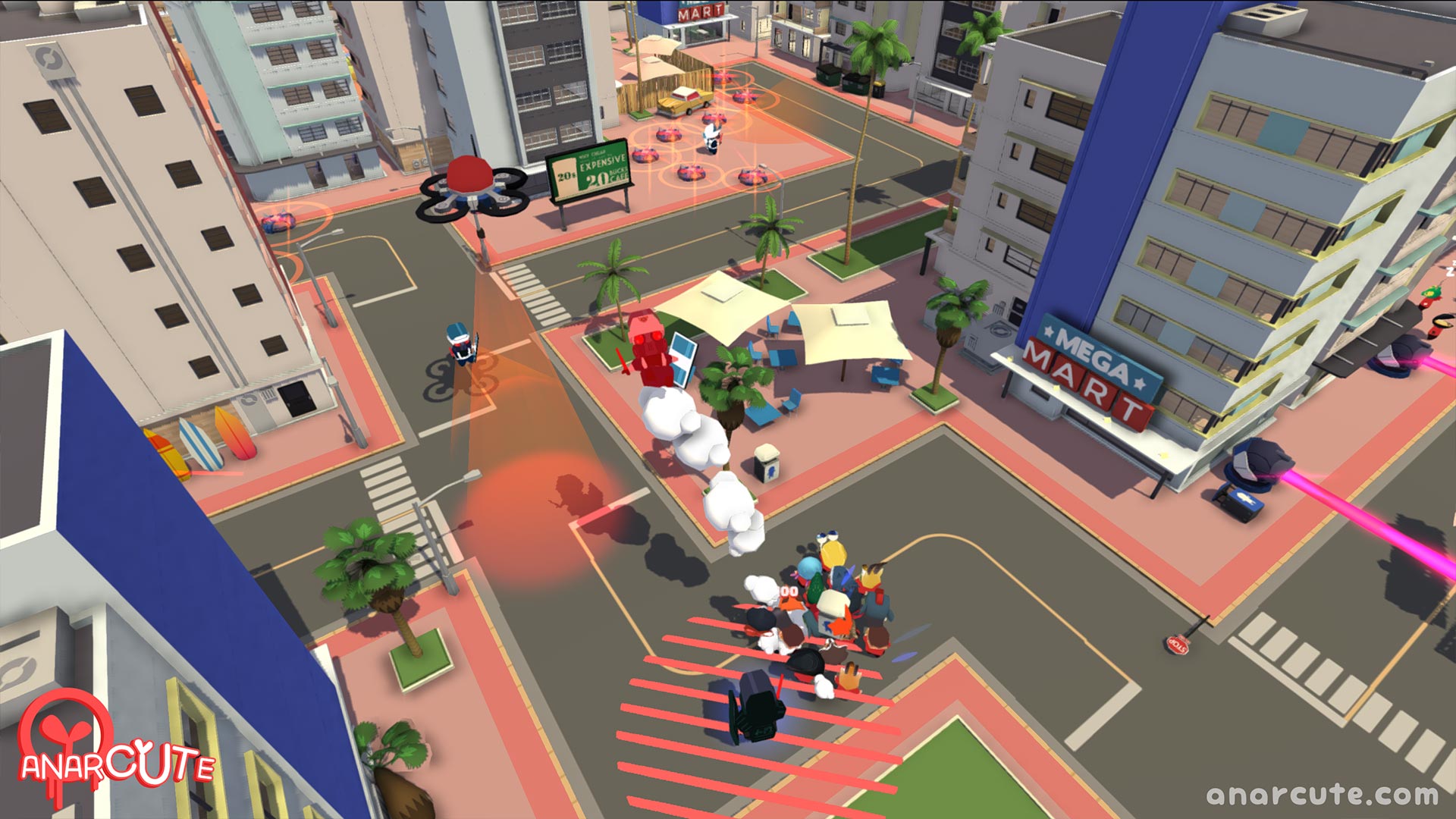 These are dark times. A group of evil corporations has taken over the major cities of the world. They took control of the media, brainwashed the police and now shamelessly dictate the citizens' lives from the heights of their skyscrapers.
It is time to act! Take control of the revolution to face the terrible Brainwash Patrol who’s dominating the world.

■ United we stand!
In Anarcute you’re not controlling a single character but rather a whole crowd! The bigger the crowd, the more powerful it gets. Wake up your fellow rioters in the cities and grow the revolt to unleash devastating abilities!

■ The city is your playground
Phone booth, fire hydrants, trash cans, bikes, cars… use objects from the city as projectiles. If your crowd gets big enough, you’ll even be able to take down whole buildings and make them collapse on your opponents!

■ Fight the Brainwash Patrol
Your opponents will stop at nothing and they will use all of their impressive equipment to stop you from completing your objectives. Lasers, Electric Turrets, Spider Robots, Helicopters and Mortars are some of the many traps and enemies that will stand in your way

■ Spread the revolution across the Globe
During your adventure, you will get through 5 cities with unique visual and audio settings. From Tokyo to Paris and going through Reykjavik & Miami, the Brainwash Patrol won’t give you any rest. Explore every corner of the cities to find all the animals and customize the crowd to your taste!

It is time for the cute revolution!