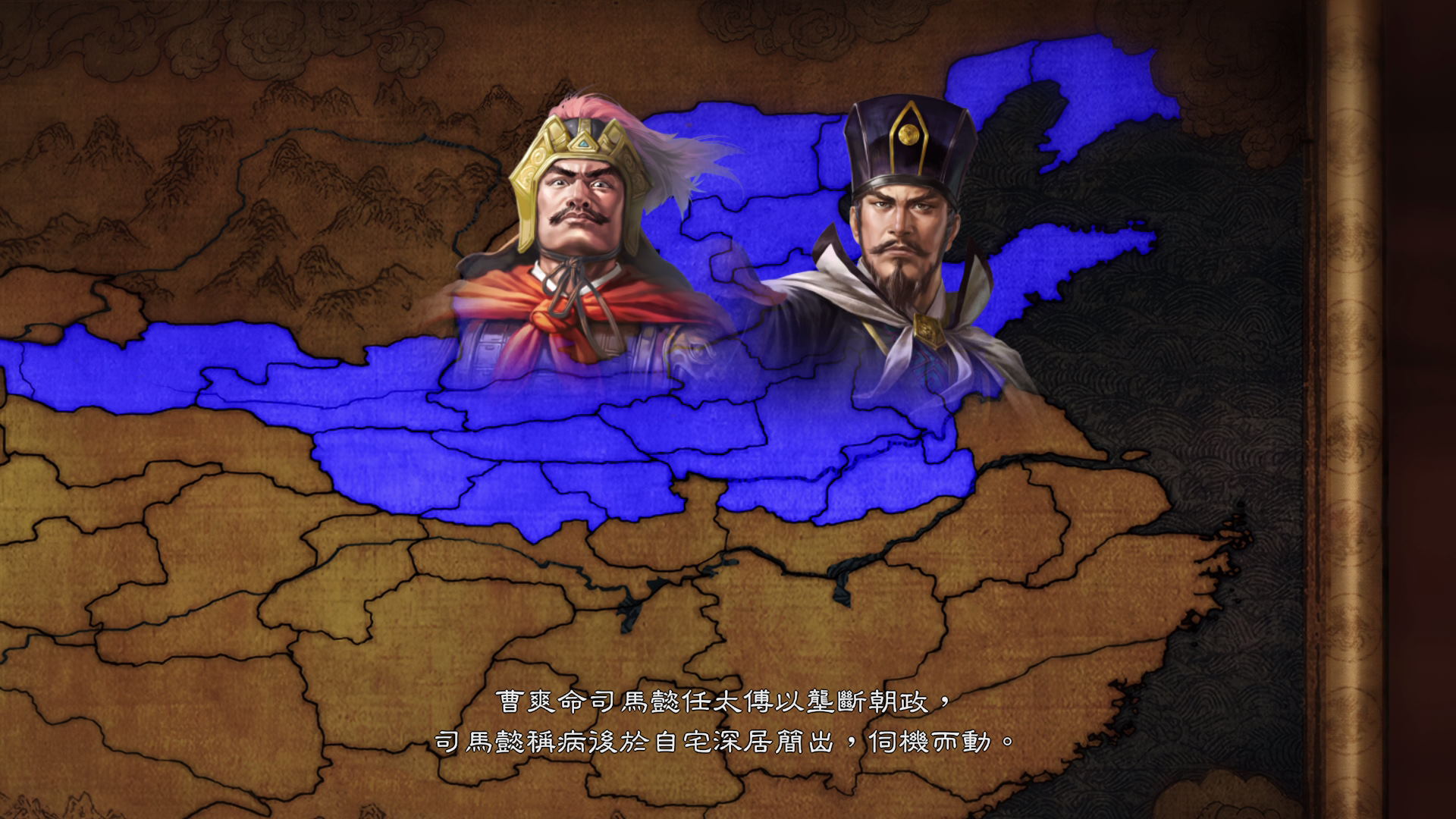 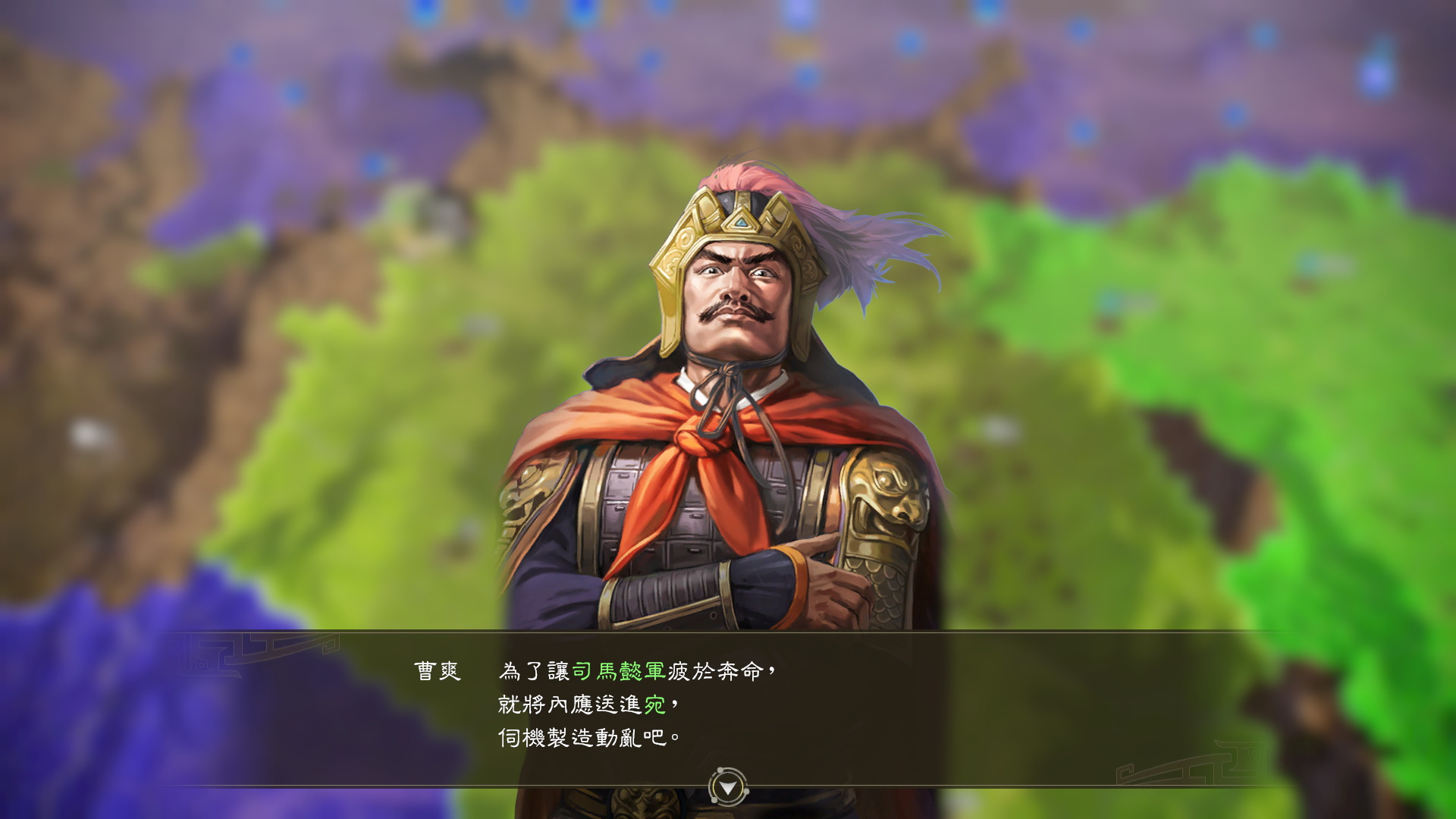 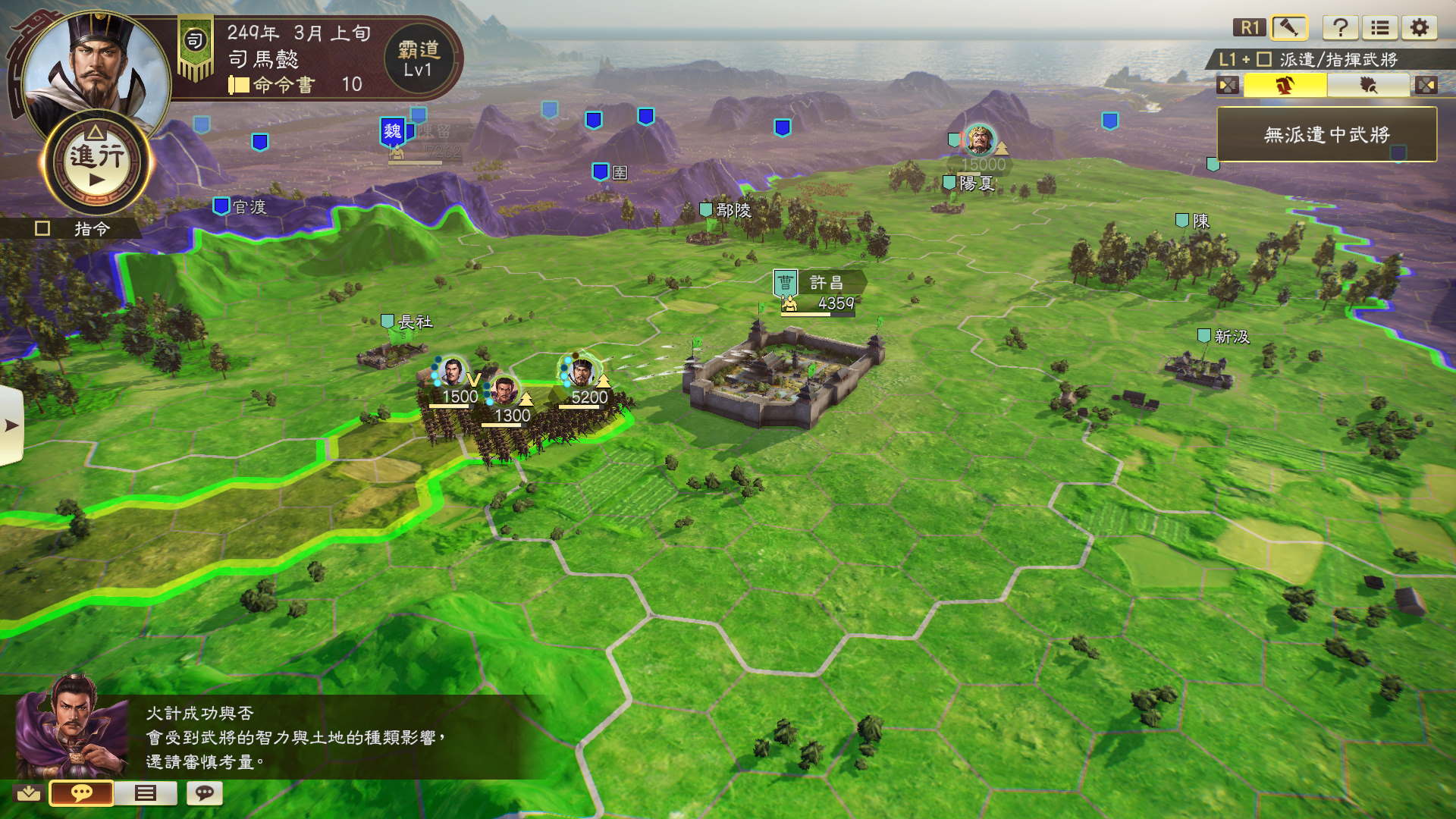 Additional scenario available for play with Romance of the Three Kingdoms 14.

[Situation]
Shu had established the rule of Liu Chan, primarily through the efforts of Jiang Wei and Jiang Wan. Wu had also been able to maintain the scale of their Force. But both Forces had already lost their best officers. Wei had fragmented into different factions led by Sima Yi, Cao Shuang, and others and was in the process of falling apart. It is likely that the first one able to ready sufficient force would be the victor.

[Scenario background]
A Shu without Zhuge Liang. A Wu with their government in continued turmoil. There was no longer any Force capable of opposing Wei. However, the guardian of the young emperor, Cao Shuang, had also seized power, leaving Wei in a mess as well. Feeling a sense of danger, Sima Yi chooses to claim sickness and retires to his home, waiting patiently for his chance. And now perhaps, another time of change was fast approaching.