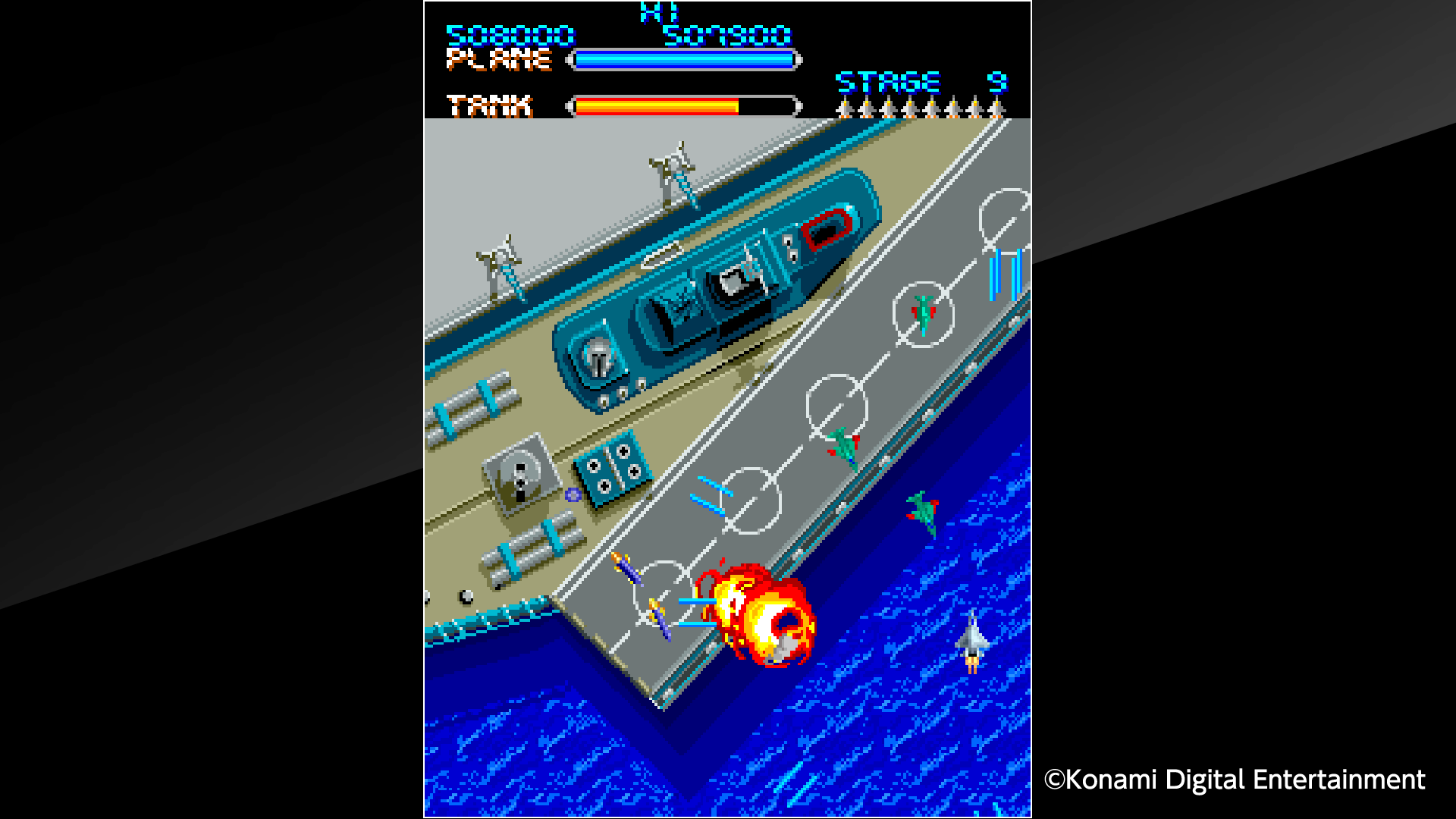 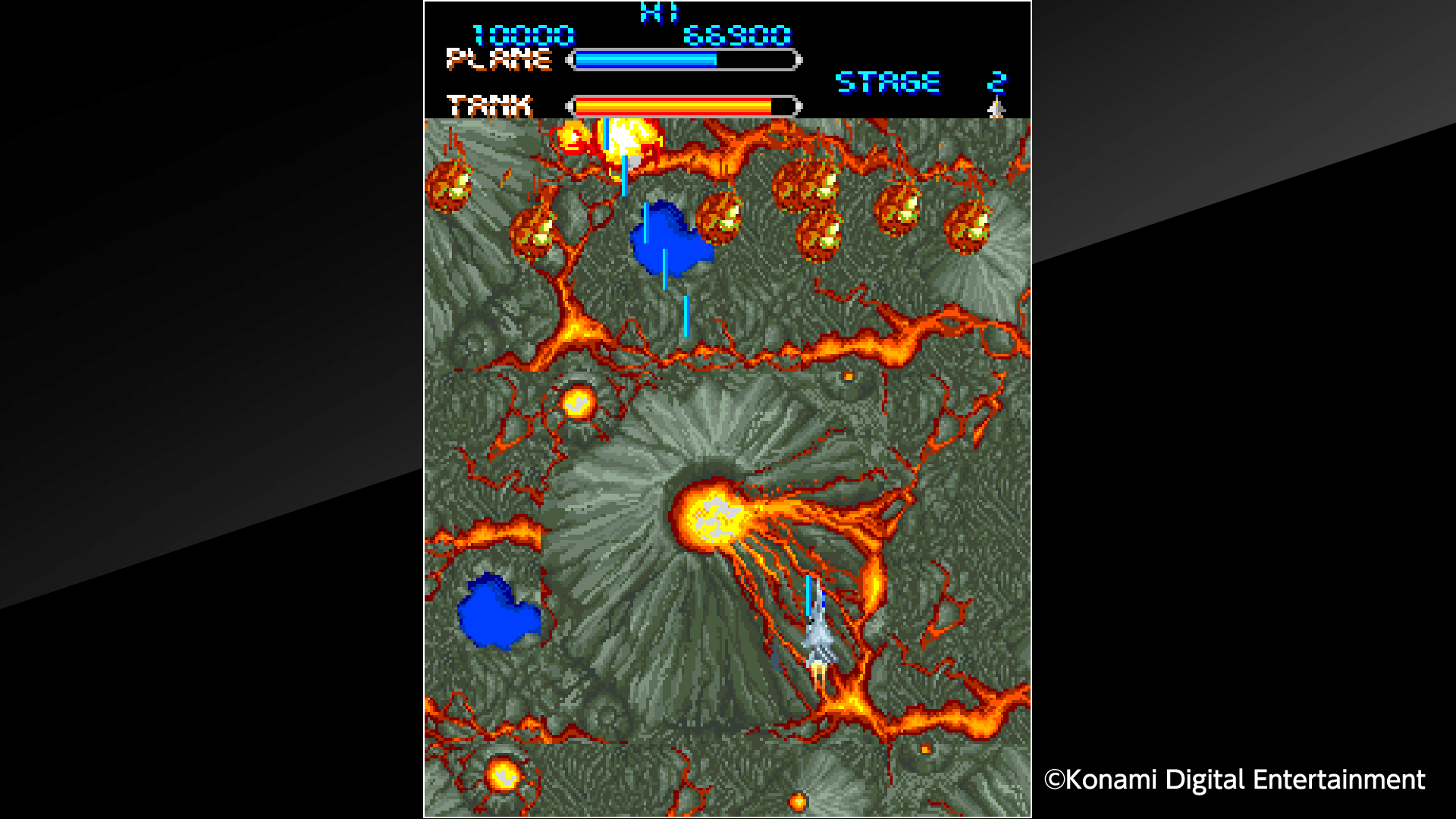 "FLAK ATTACK" is a shooting game released by KONAMI in 1987.
The goal for the player is to fly in the latest fighter aircraft of the Roufanis territory and fight with the Desalis empire which is trying to dominate the world.
It is a title highly regarded by a selected few containing an interesting content including features such as a military-style worldview, simple controls and exciting BGM.

Arcade Archives is a series of remakes of famous arcade games with the PS4™ functions included.
Players can share videos and the playing screen with the SHARE function, or competing with other players with scores using the online ranking function.
So enjoy the famous title that is a part of the video game history.