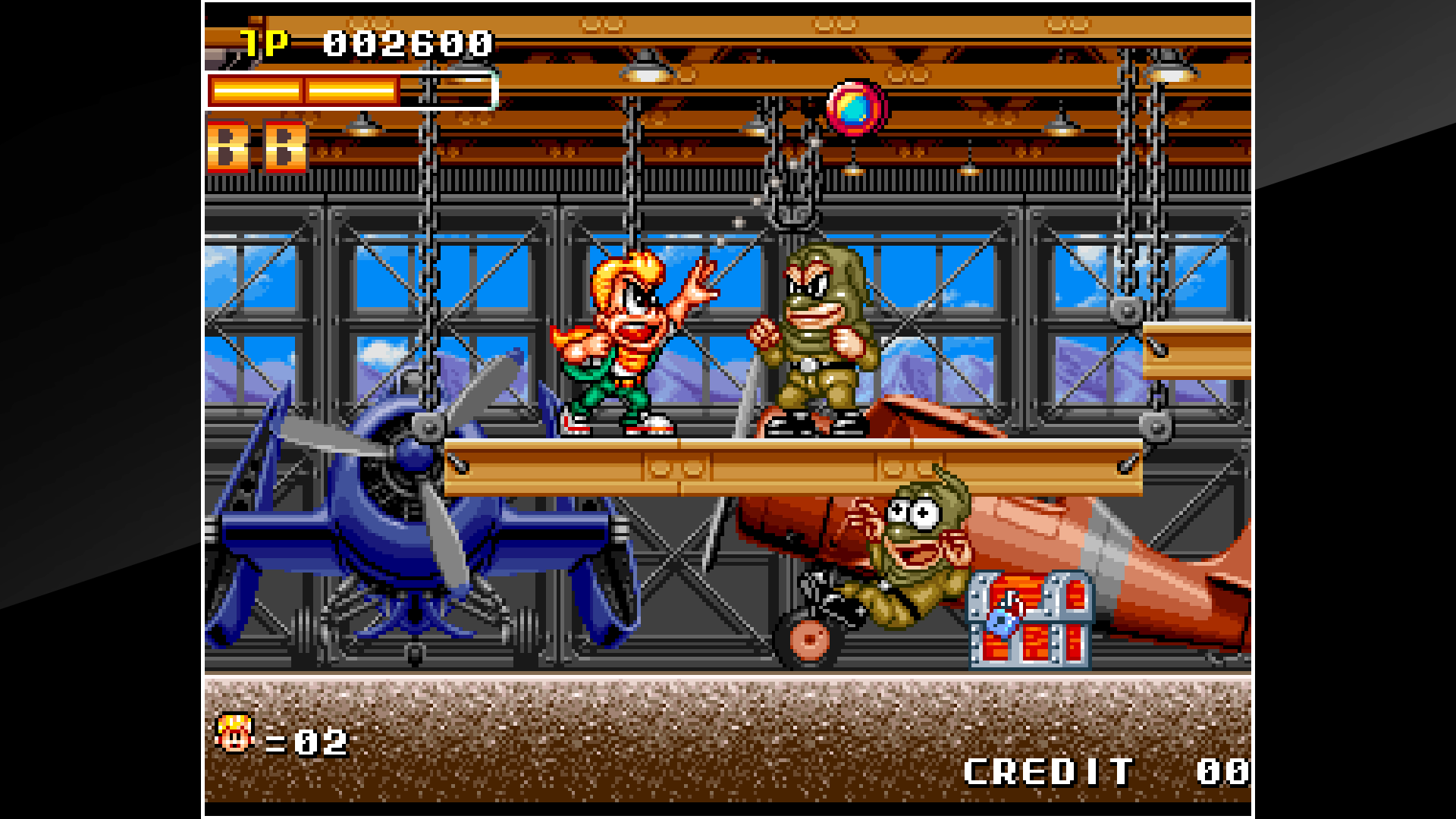 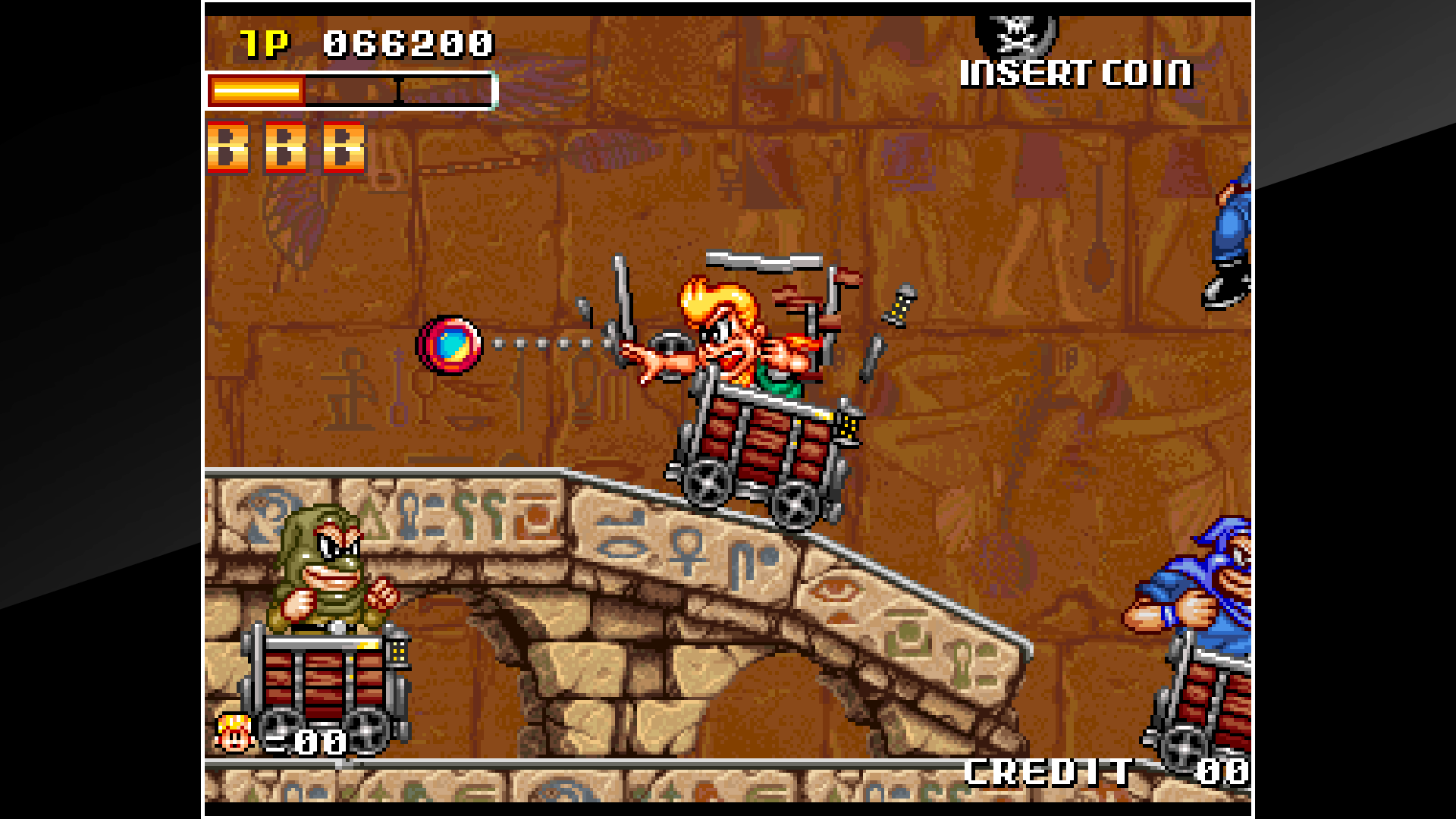 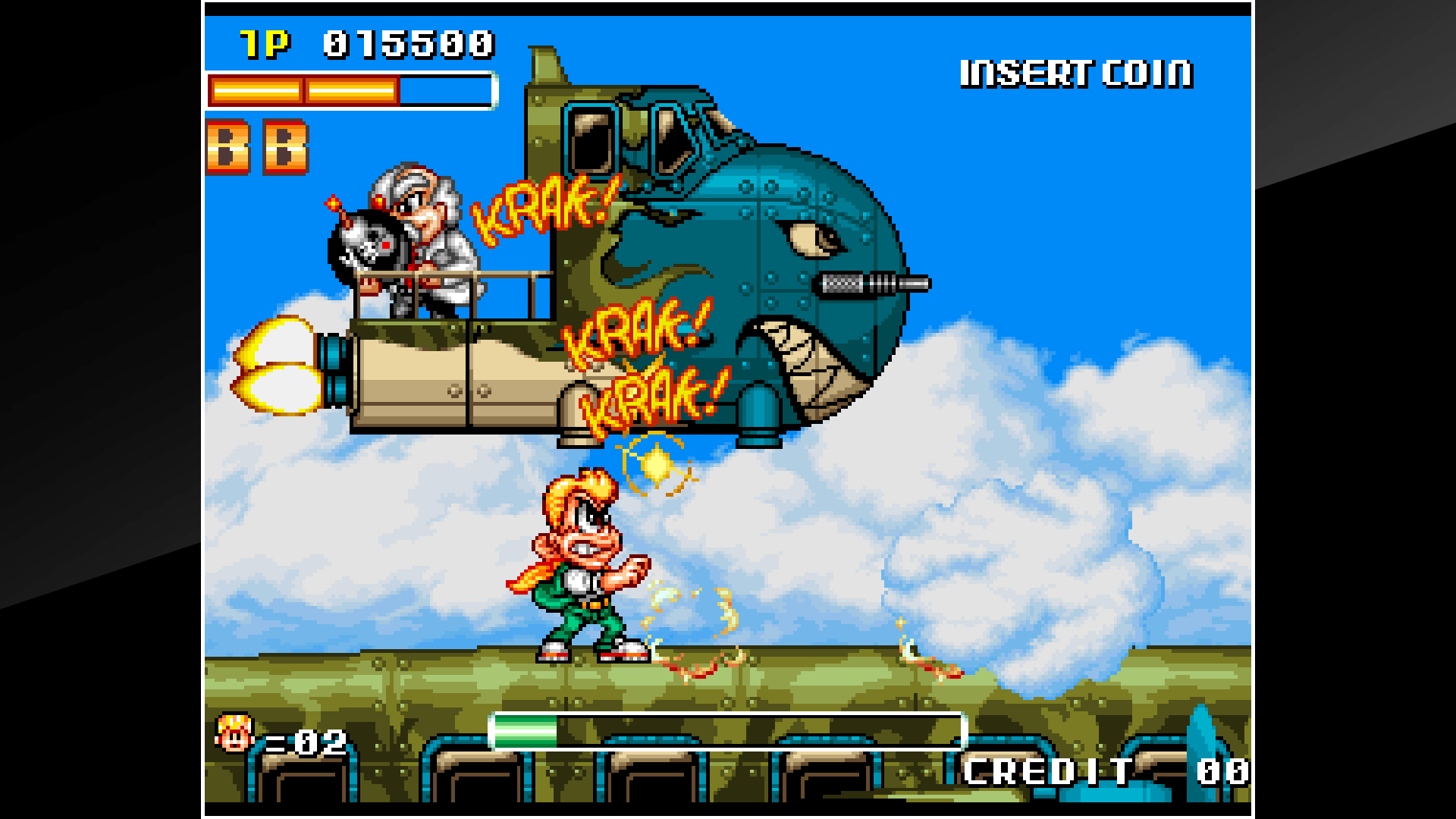 "SPIN MASTER" is a side scrolling action game released by Data East in 1993.
In order to get back the treasure map and rescue the kidnapped girlfriend from Dr. De Playne the mad scientist,
Johnny the adventurer with his best friend Tom will have to go after him by using various weapons and attacks.