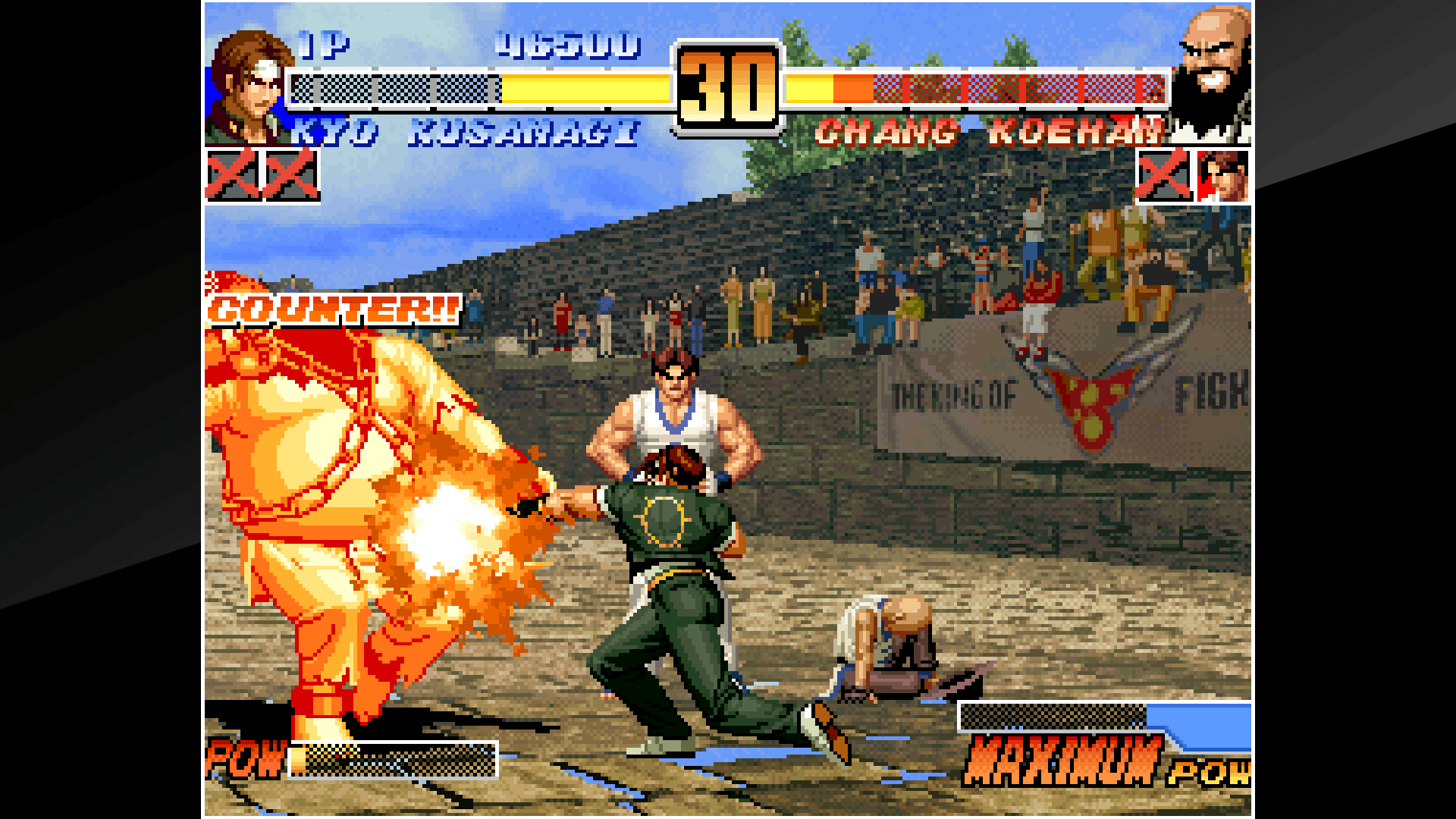 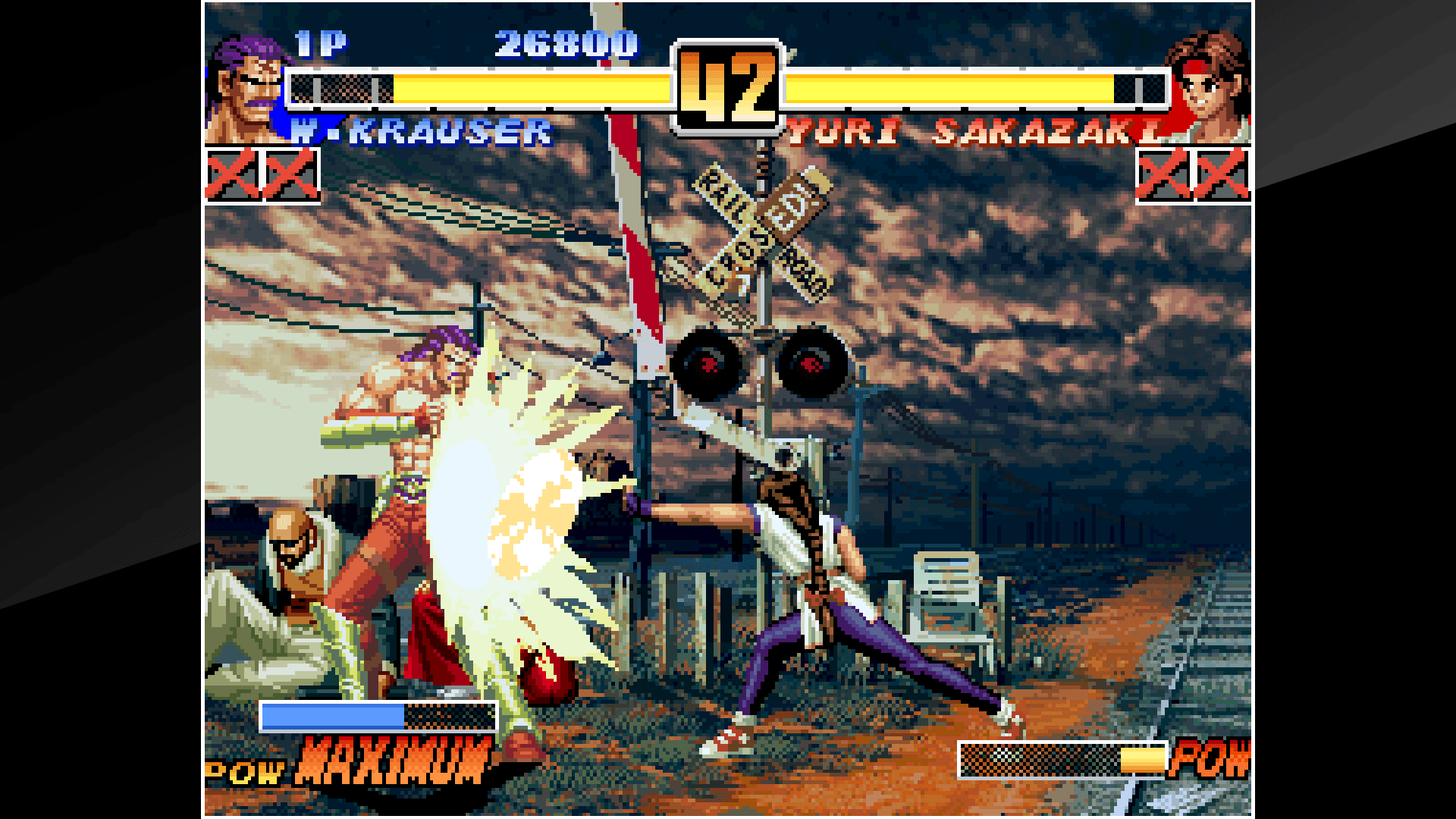 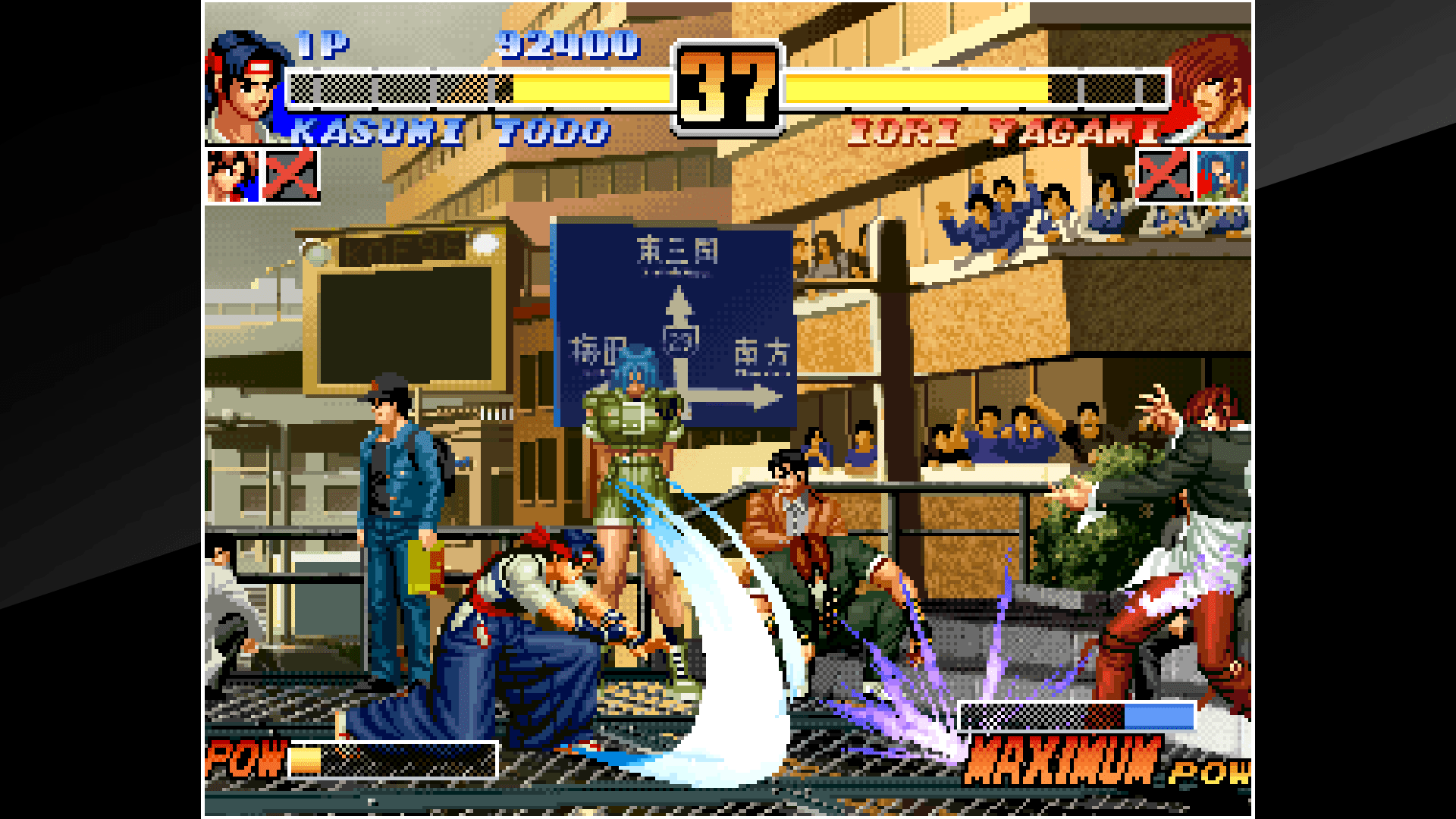 "THE KING OF FIGHTERS '96" is a fighting game released by SNK in 1996.
The game will have a total of 27 playable characters and includes a new system with additional features such as urgent evasion actions and small/medium jumps to deepen the fight.
An original story which is the second part of the Orochi Saga trilogy is also a main feature for the game.