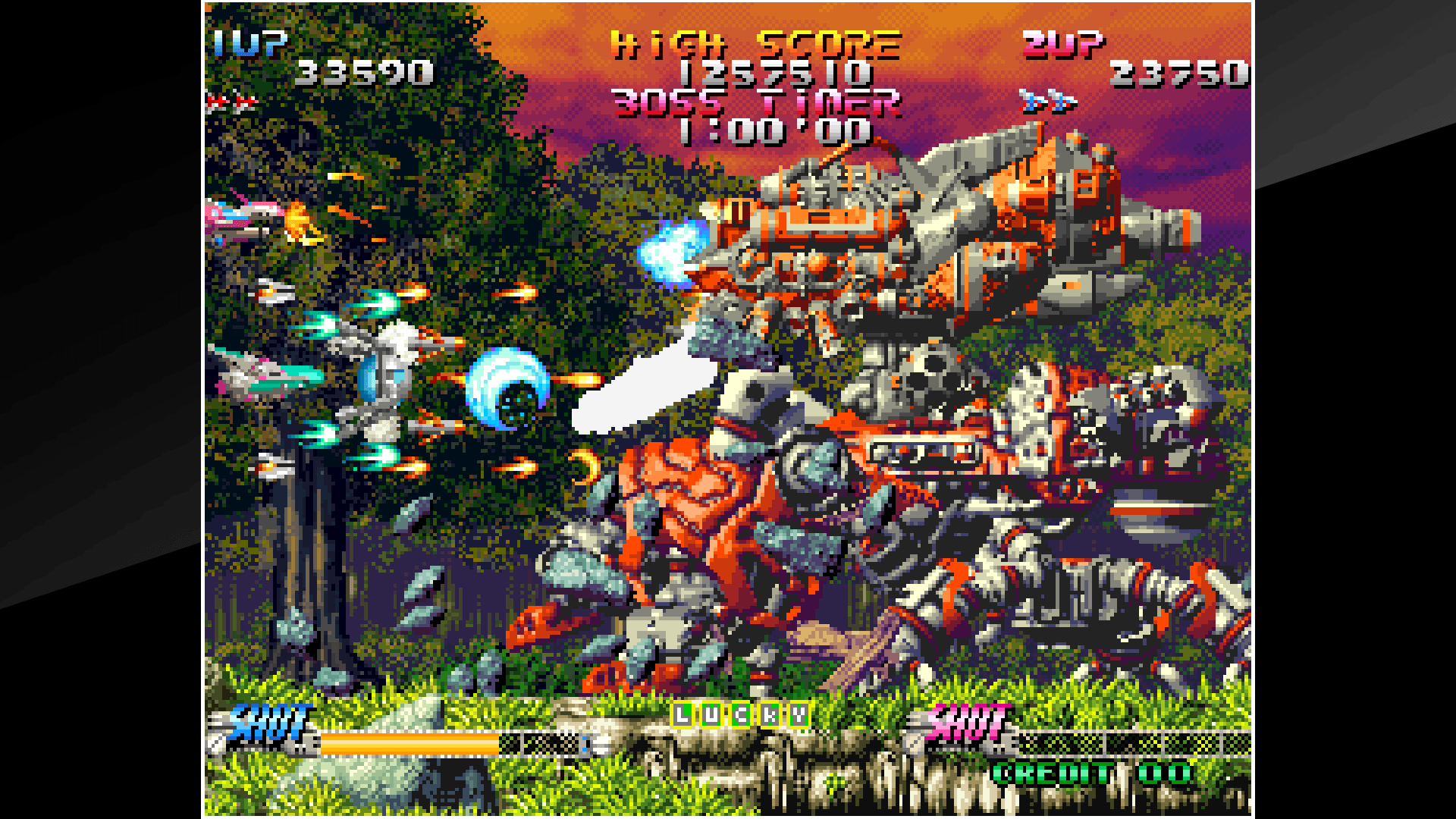 "BLAZING STAR" is a shoot'em up released by SNK in 1998.
Select one of the 6 spaceships available in the game and stand up against the challenge to defeat the "sentient weapon" as a result from the organic weapon production.
This is a unique game with an interesting scoring system since it contains a feature of getting higher scores by accumulating more power when trying to defeat the enemies!