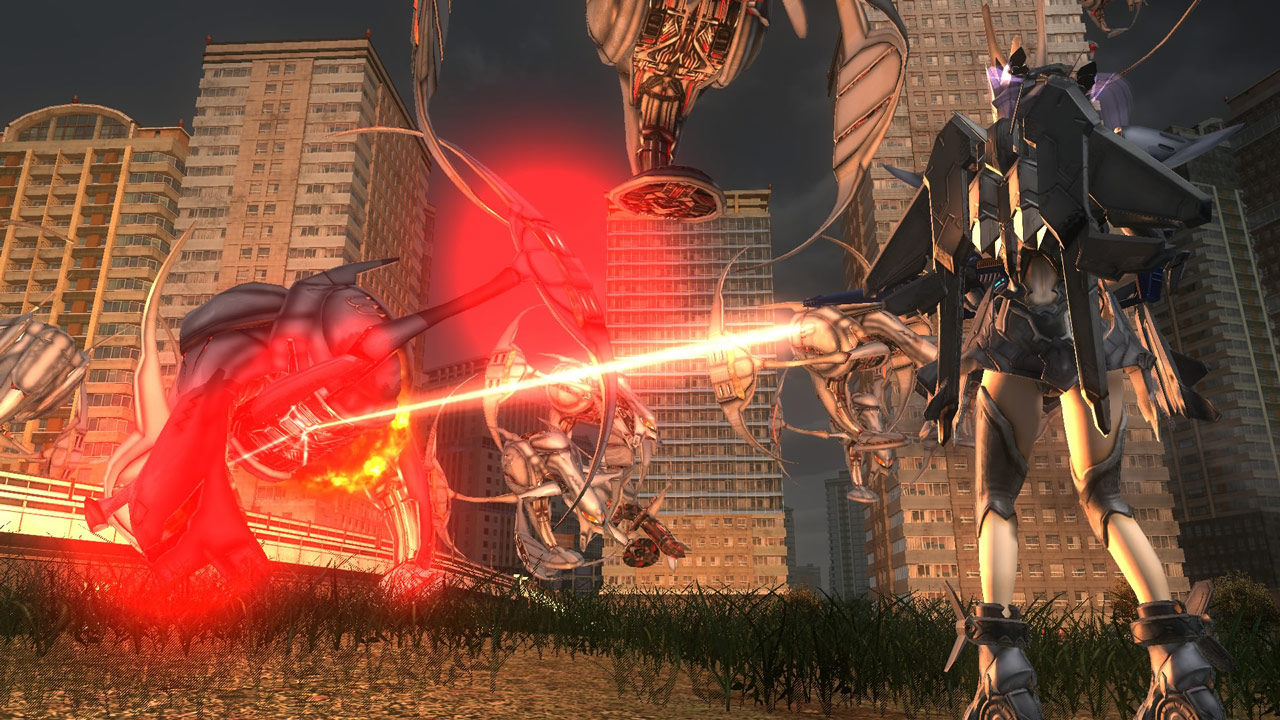 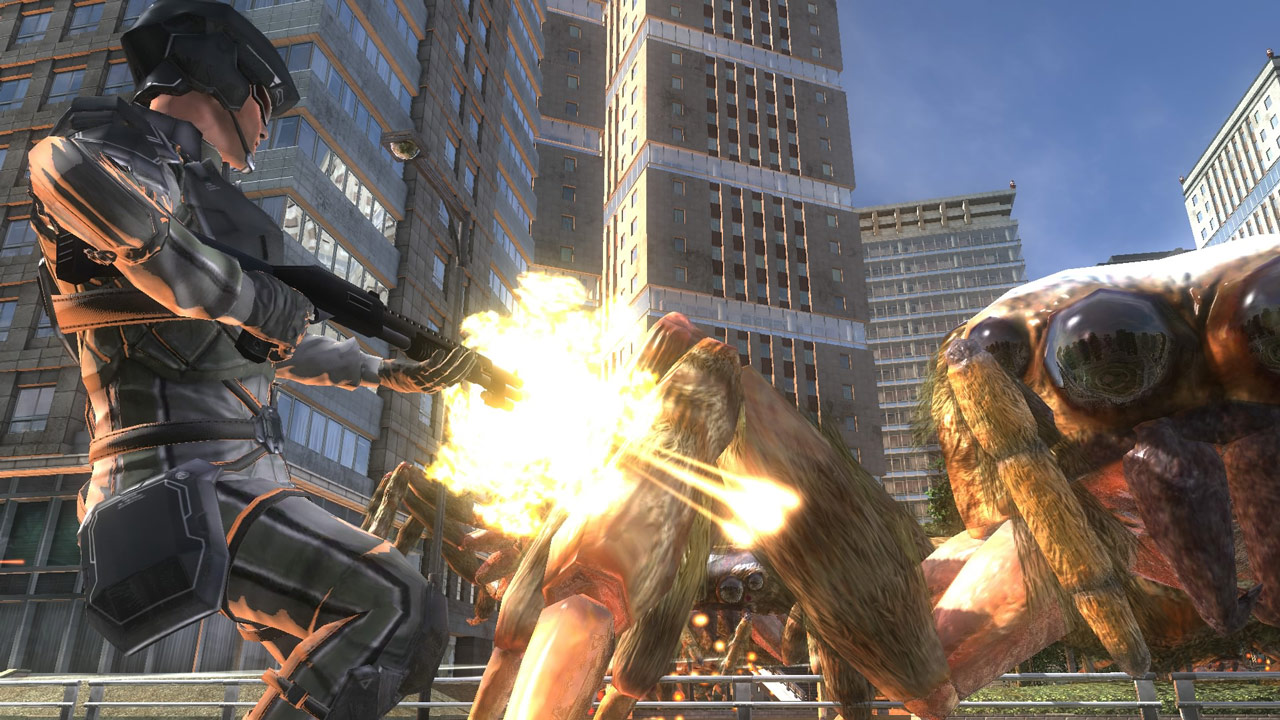 We knew they were coming. We did all we could to prepare. But they still set the world on fire.

Ravagers, we called them. The world's militaries fought them with everything they had, but in the end, only one force stood a chance: The EDF, a coalition of humanity's greatest soldiers and scientists. Finally, we shot down their mothership and brought peace to the world...

...for about eight years. It's 2025 now, and our worst fears have come true: That was only the first wave.

But this is not the end. This time, we ARE ready. The EDF has developed over 500 different weapons and vehicles. Our Rangers are crack shots with all kinds of weapons. Our Wing Divers rain down death from above. Our Fencers are walking, steel-clad arsenals. And our Air Raiders can seize control of the battlefield with massive bombardments, tanks, helicopters and robots. If it takes four score and seven battles, if we have to fight in the streets, on the beaches, or alongside our allies in cyberspace, we'll fight and we'll win.

Now and forever, we are the Earth Defense Force.