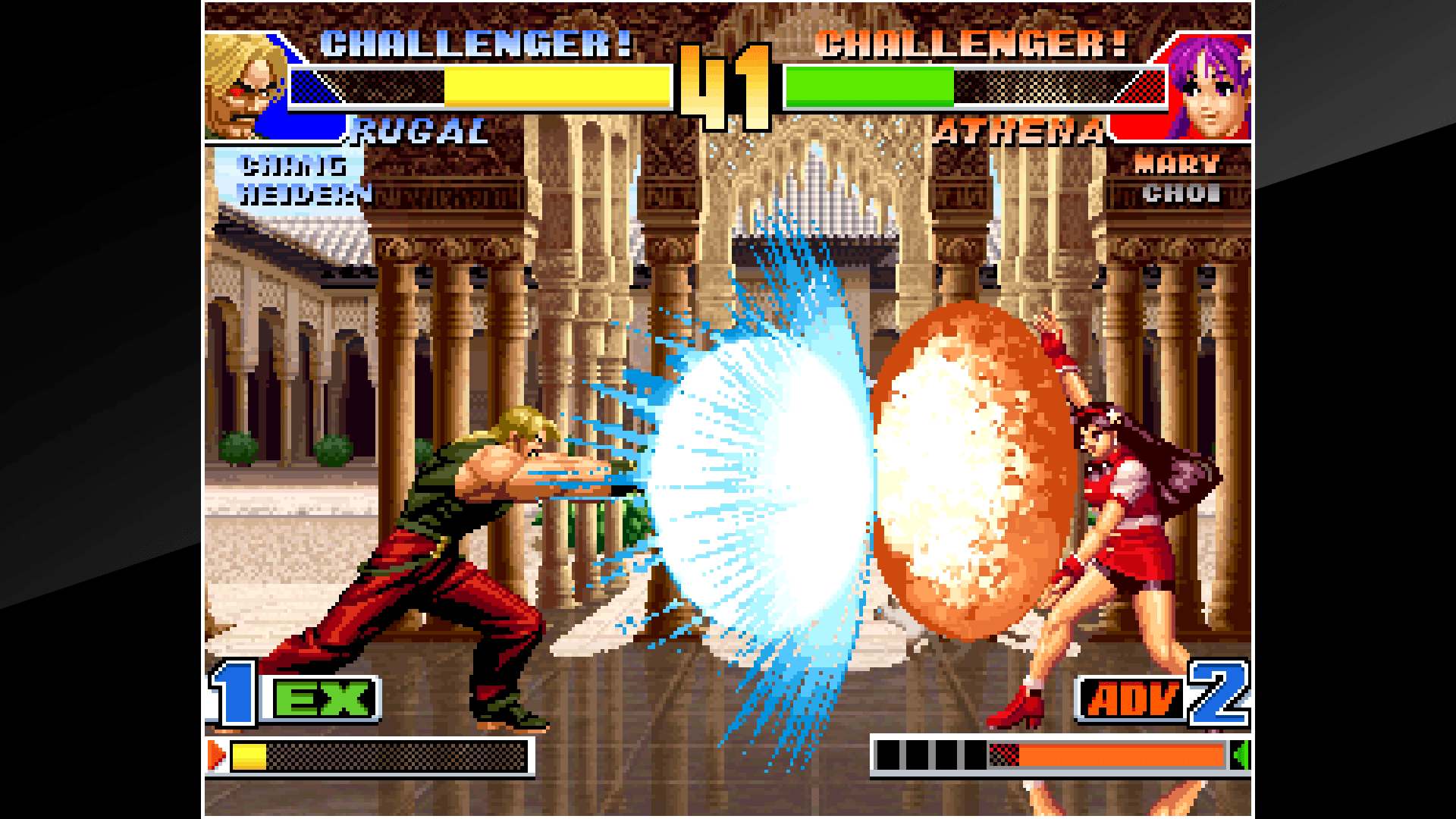 "THE KING OF FIGHTERS '98" is a fighting game released by SNK in 1998.
This title will serve as an conclusion for "The Orochi Saga" from the previous title "THE KING OF FIGHTERS '97" featuring most of the title elements in the series.
The game is well-received by the fans since it contains a few modifications so players can fight with a better game balance.