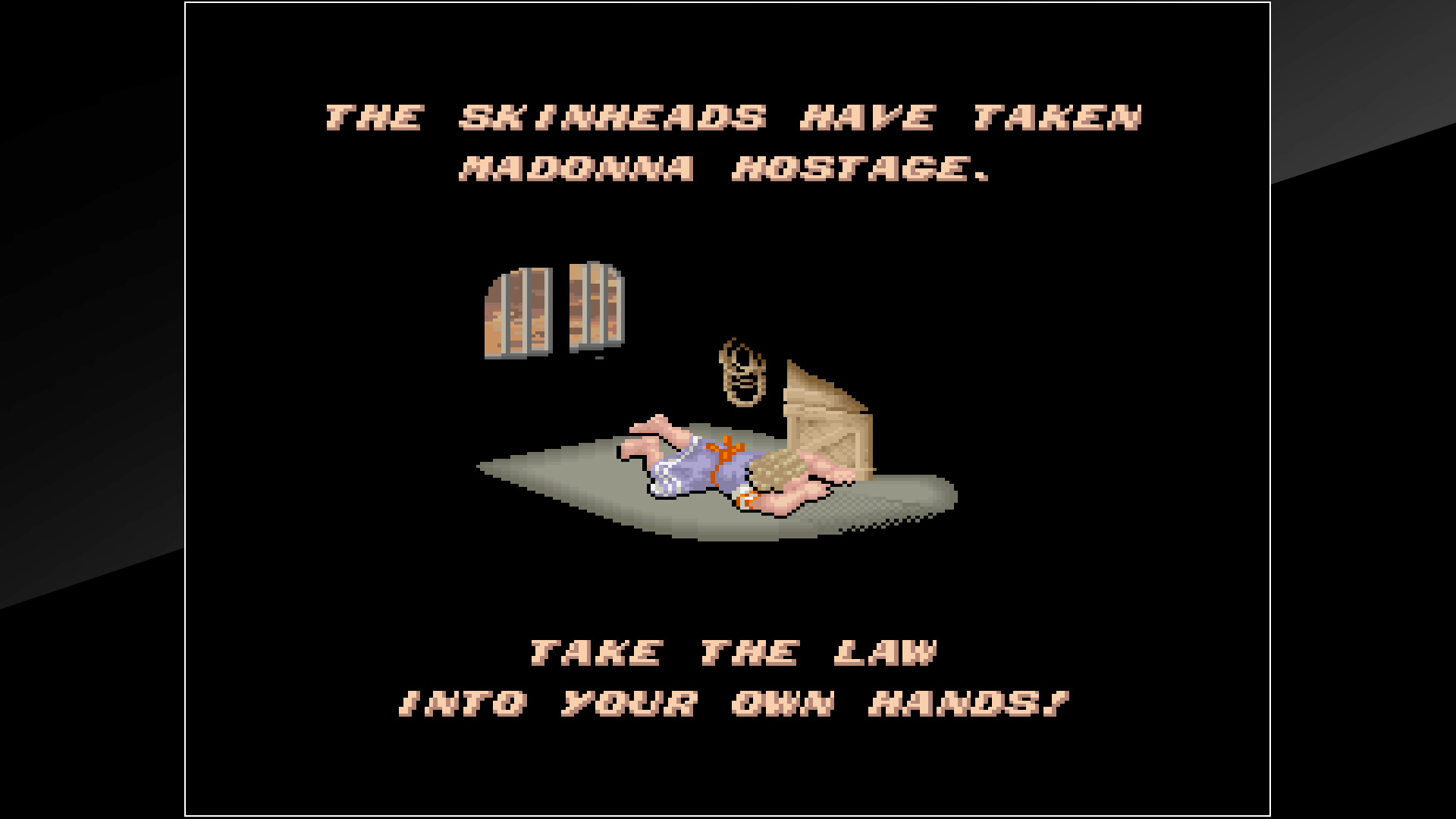 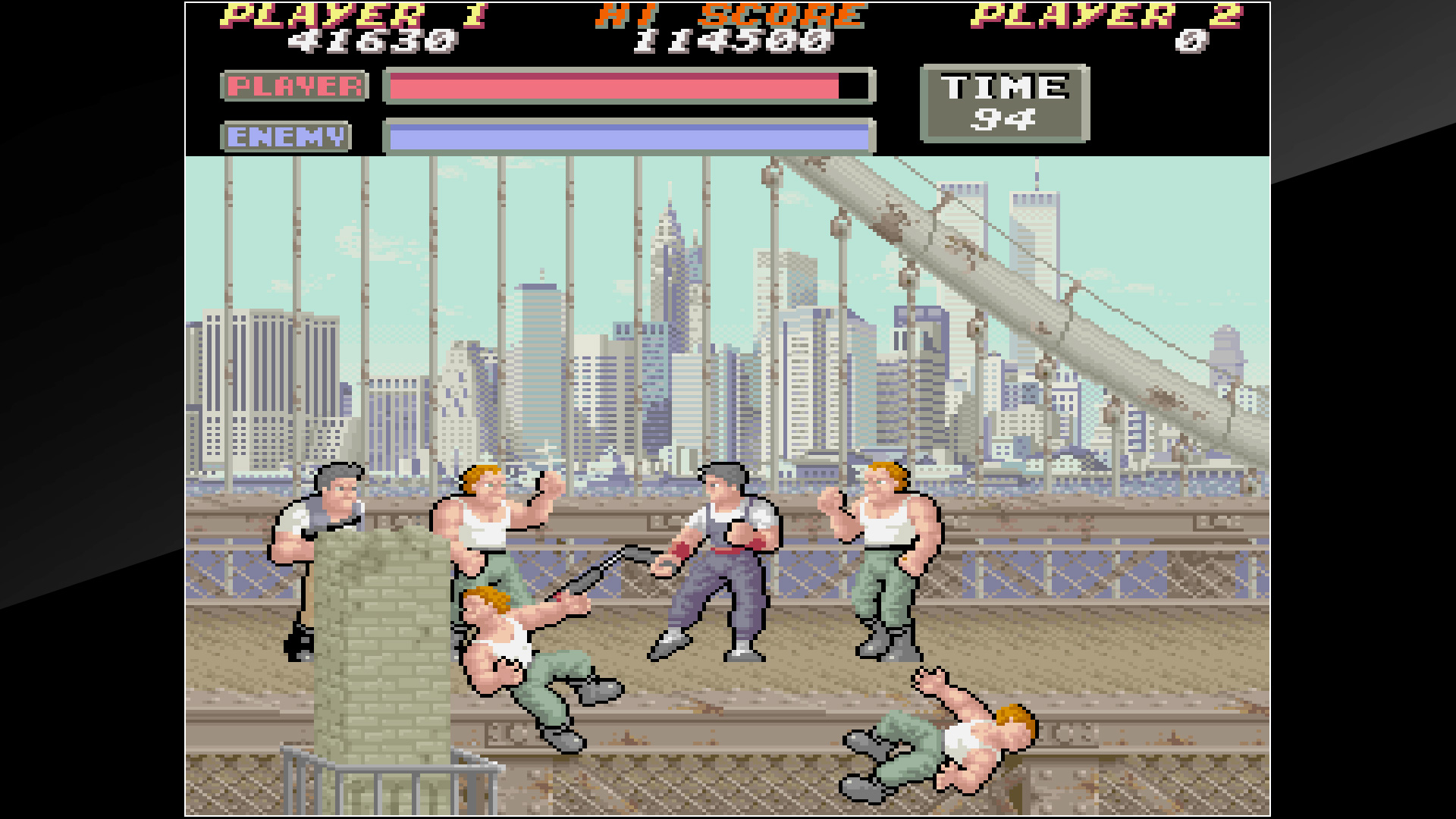 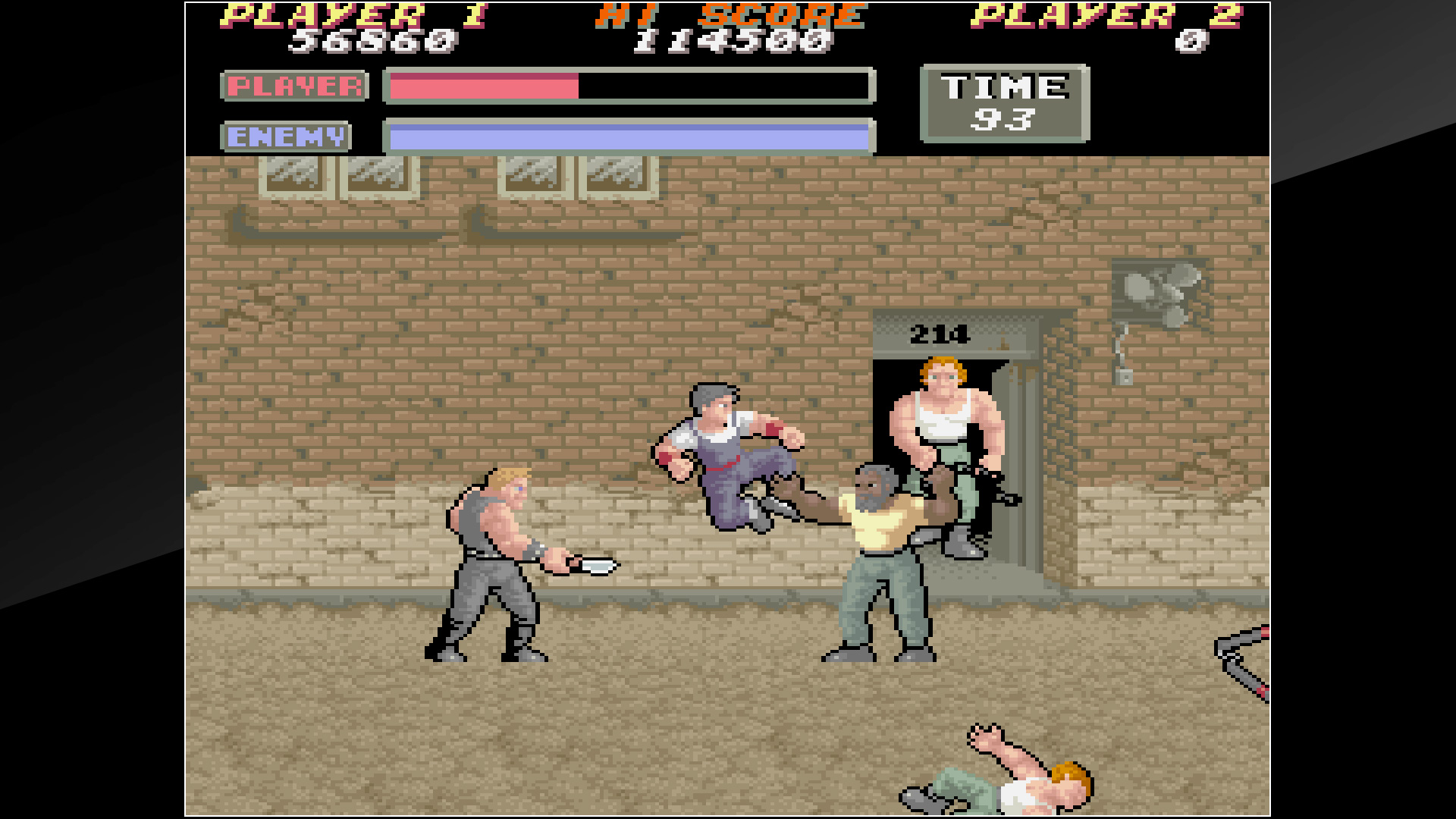 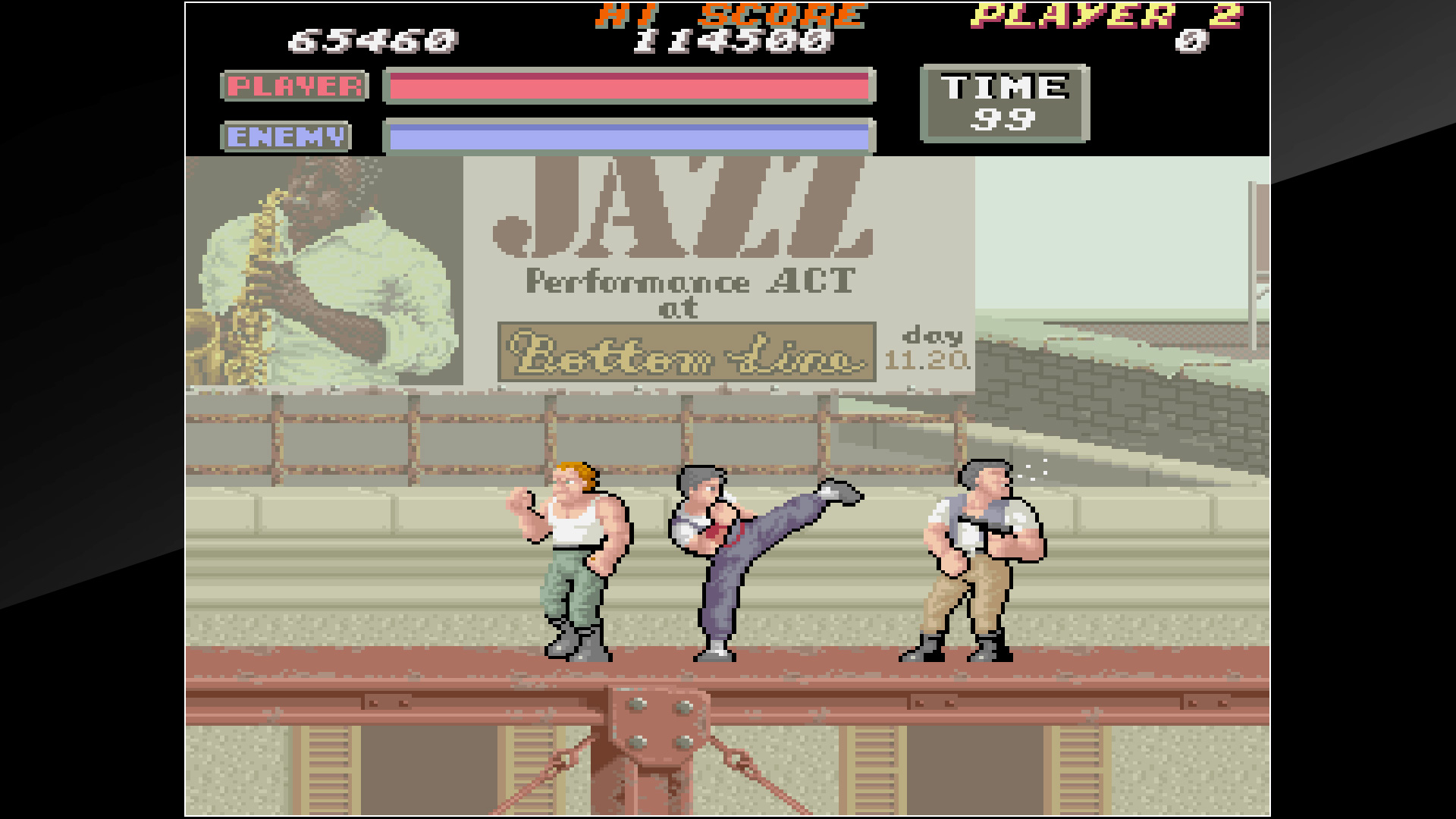 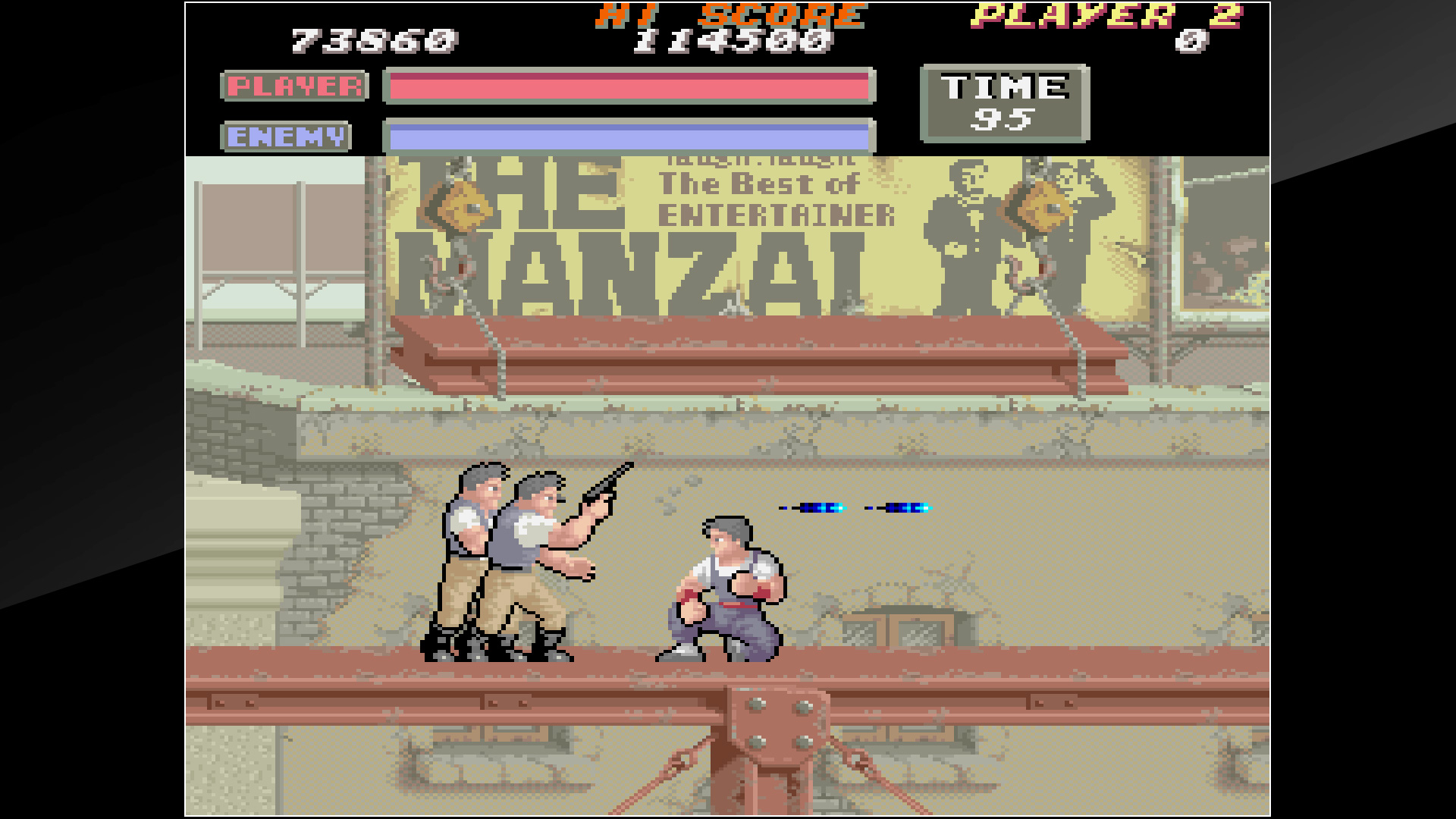 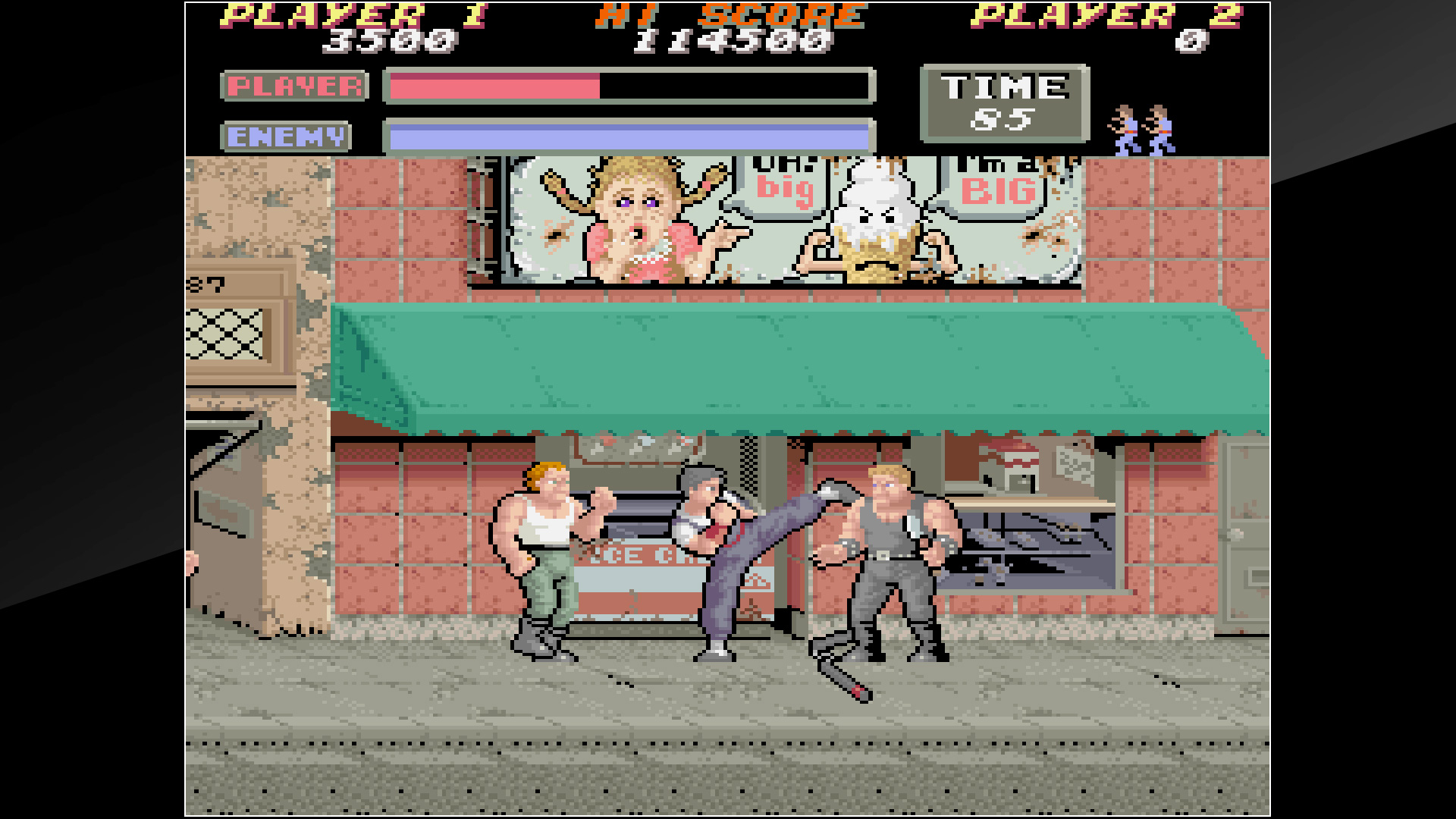 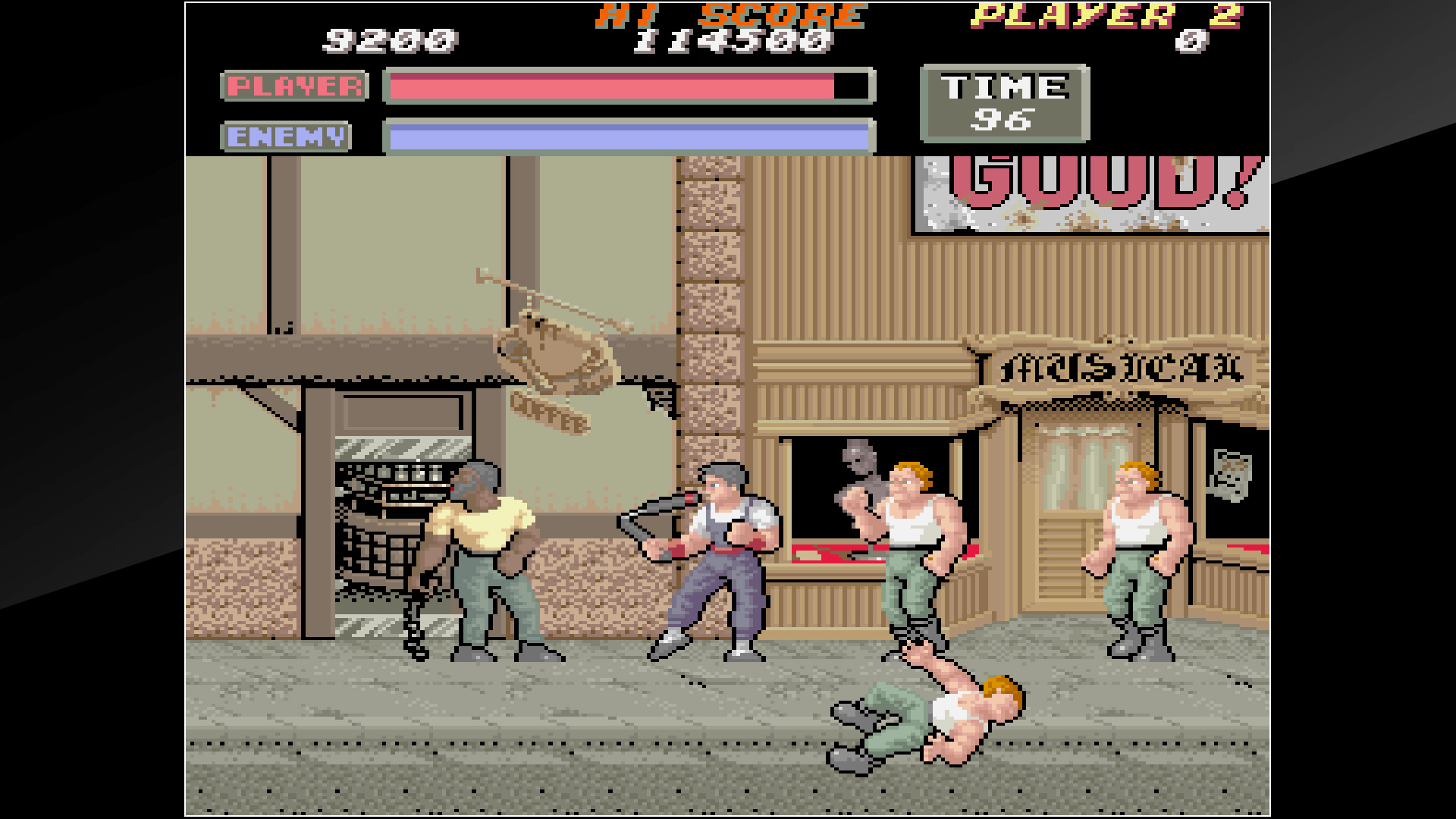 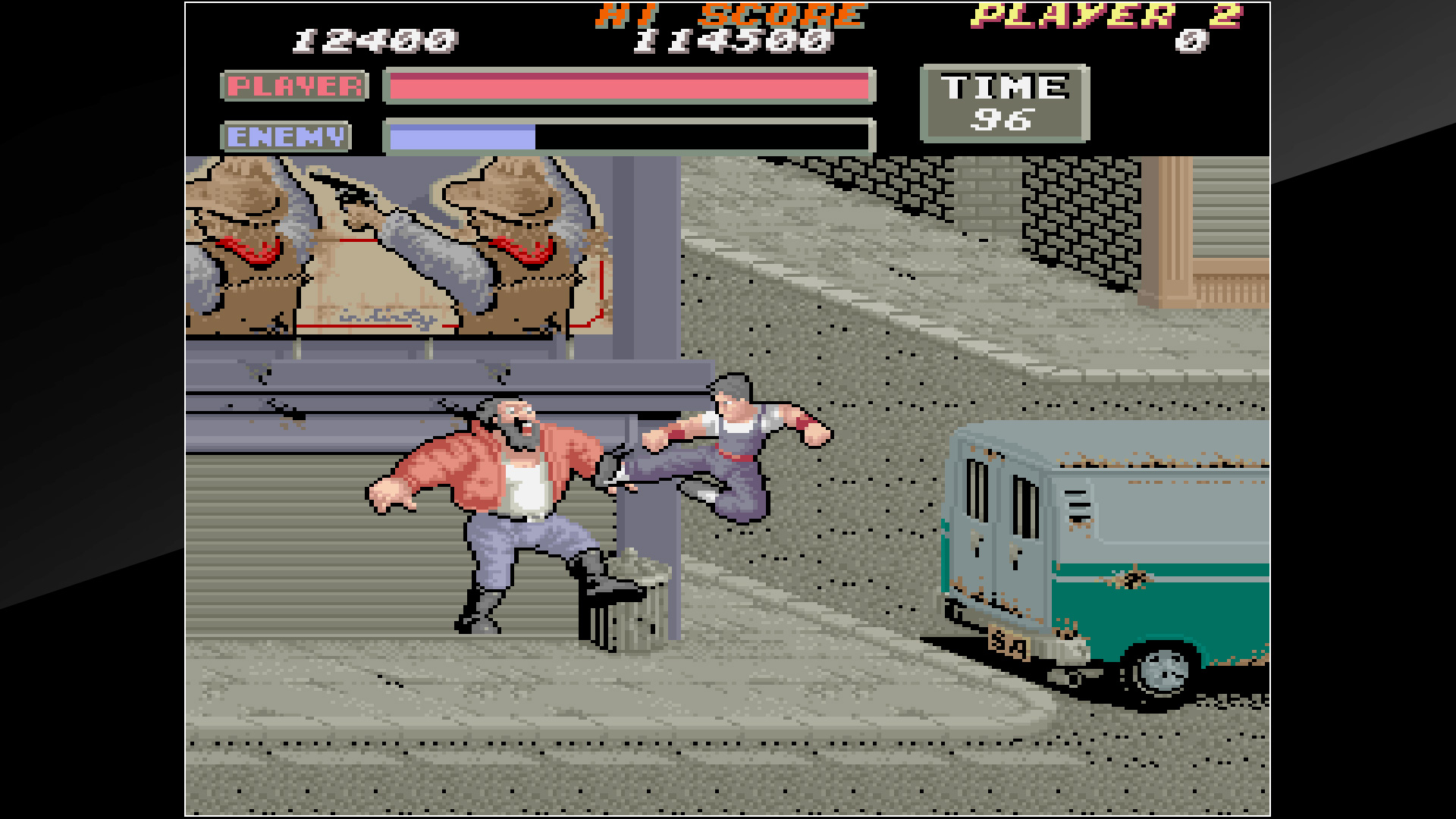 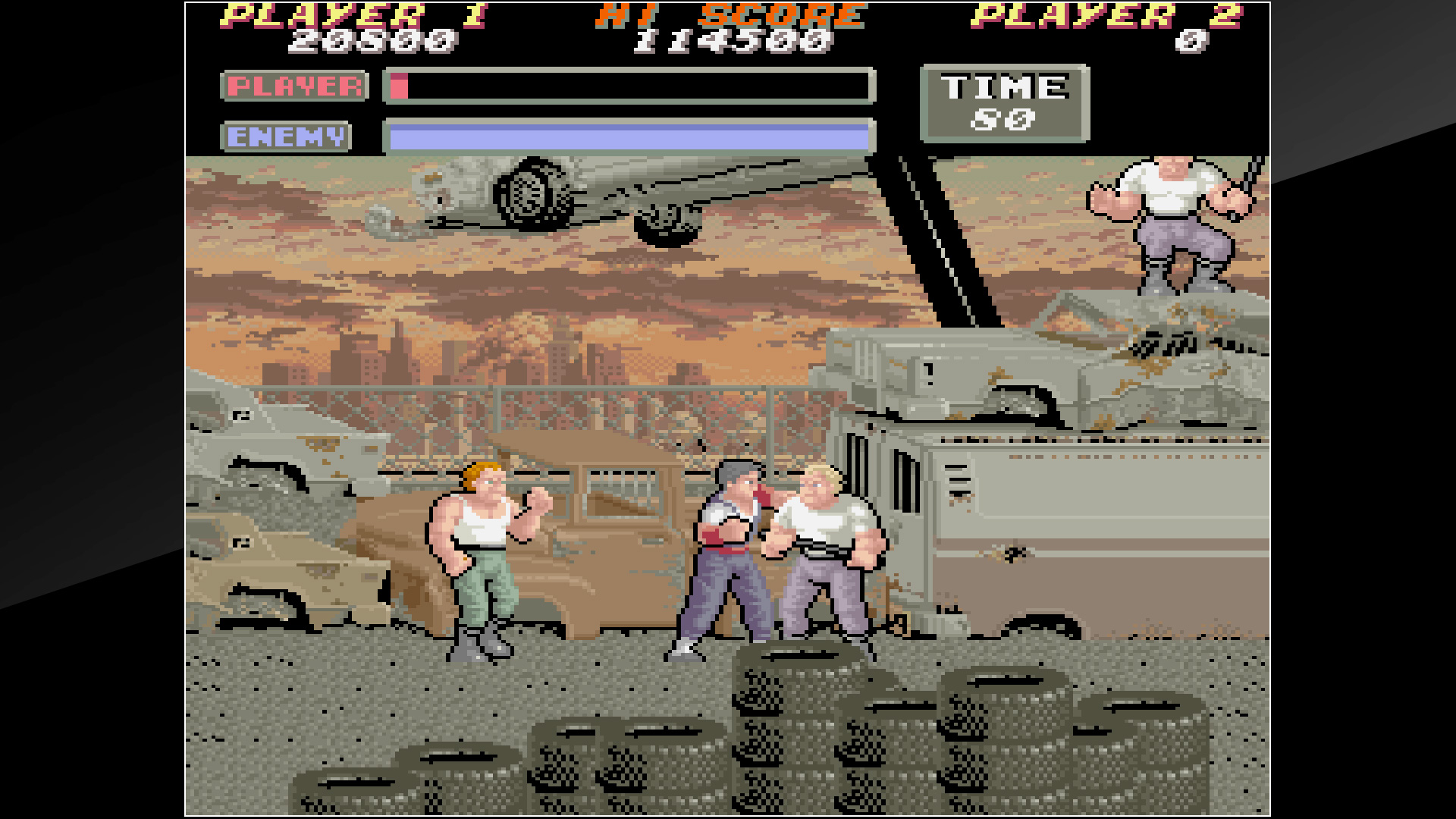 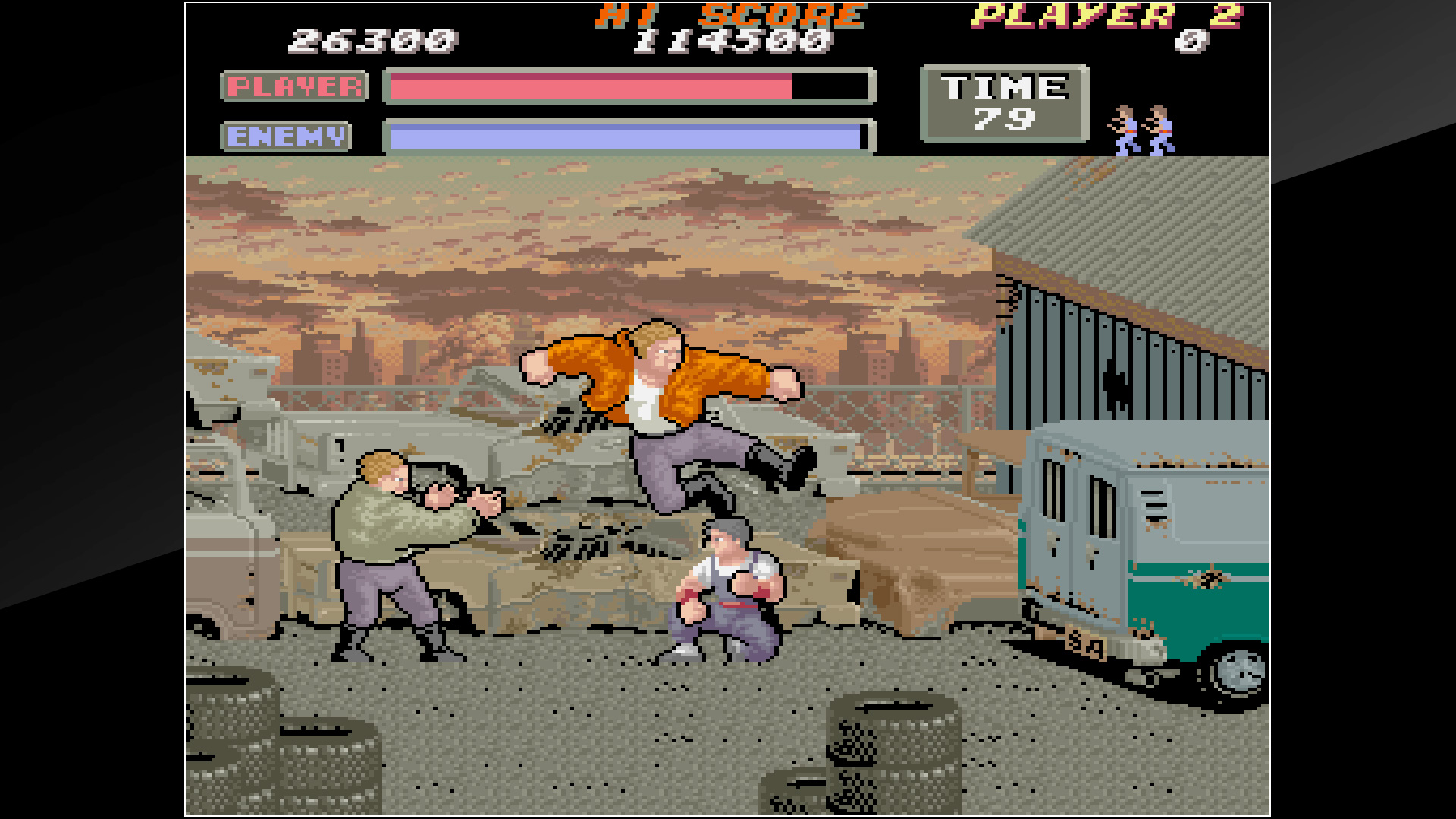 'VIGILANTE' is an action game released by IREM in 1988.
Play as a vigilante who sets out to rescue his beloved Madonna from the Rogue Gang, a group so out of hand even the police can't stop them.
Punch, kick, and use your powerful nun-chucks to fight your way through 5 stages across the great city of New York!