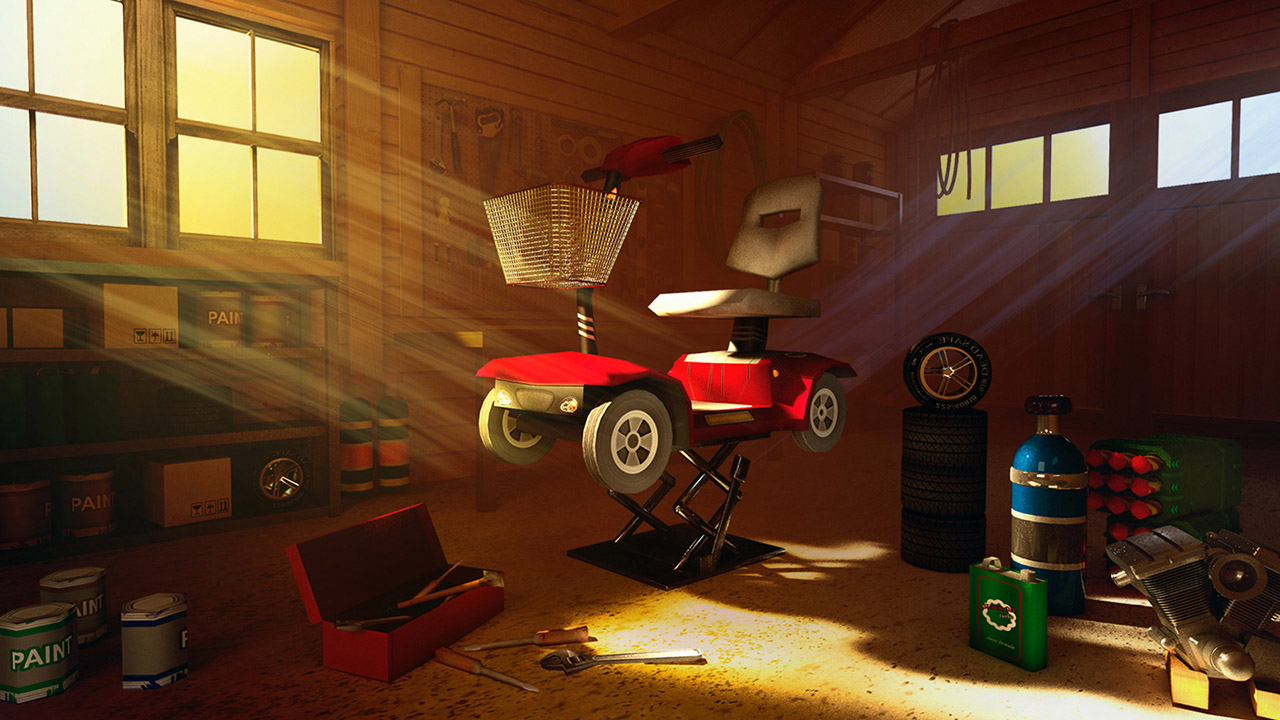 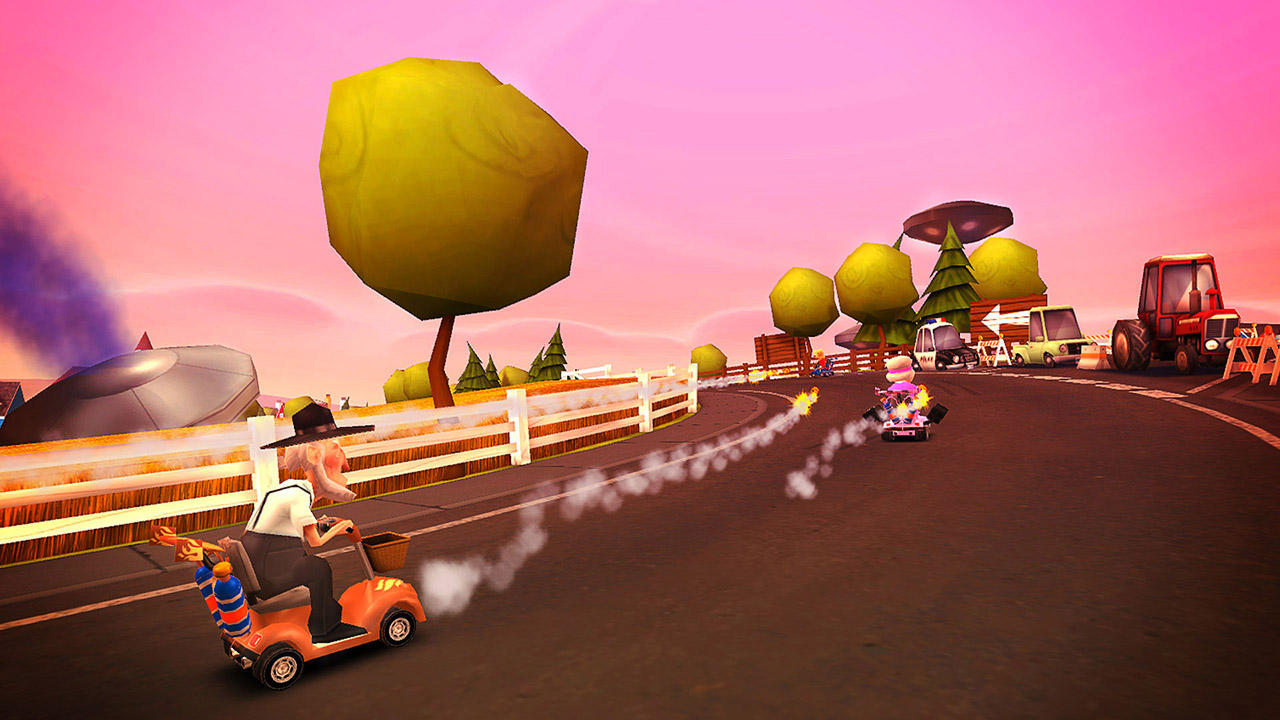 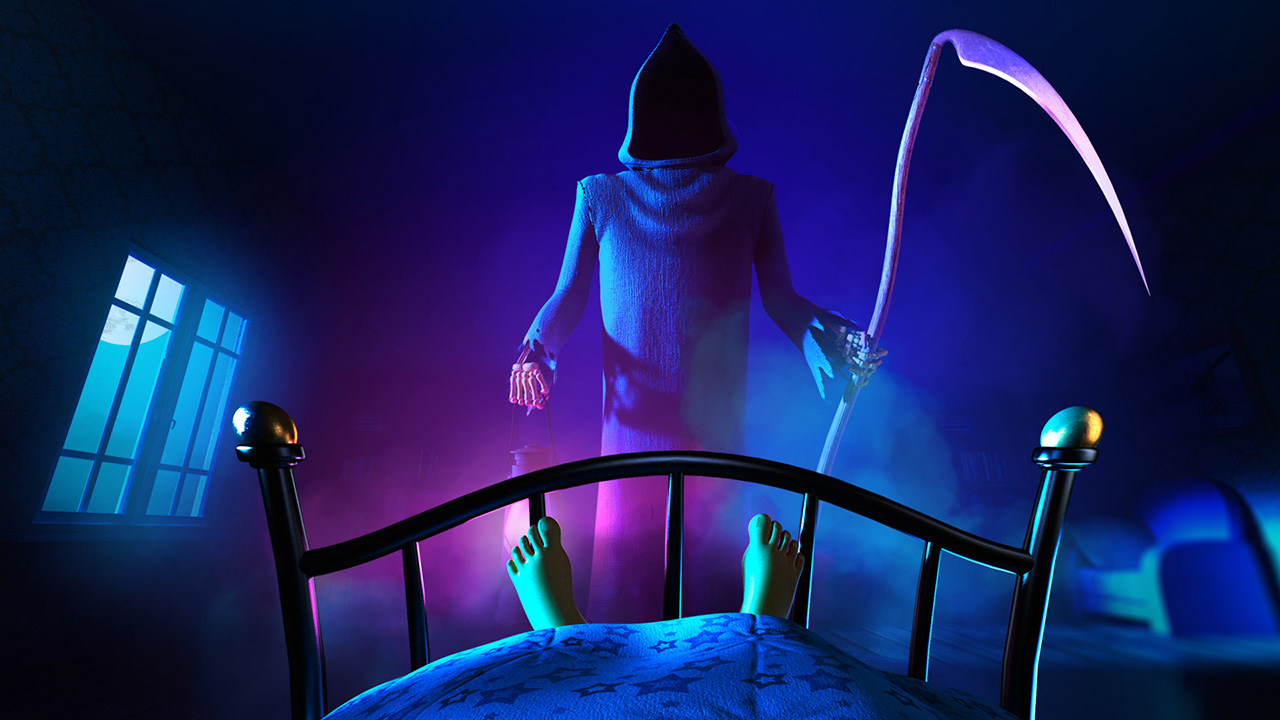 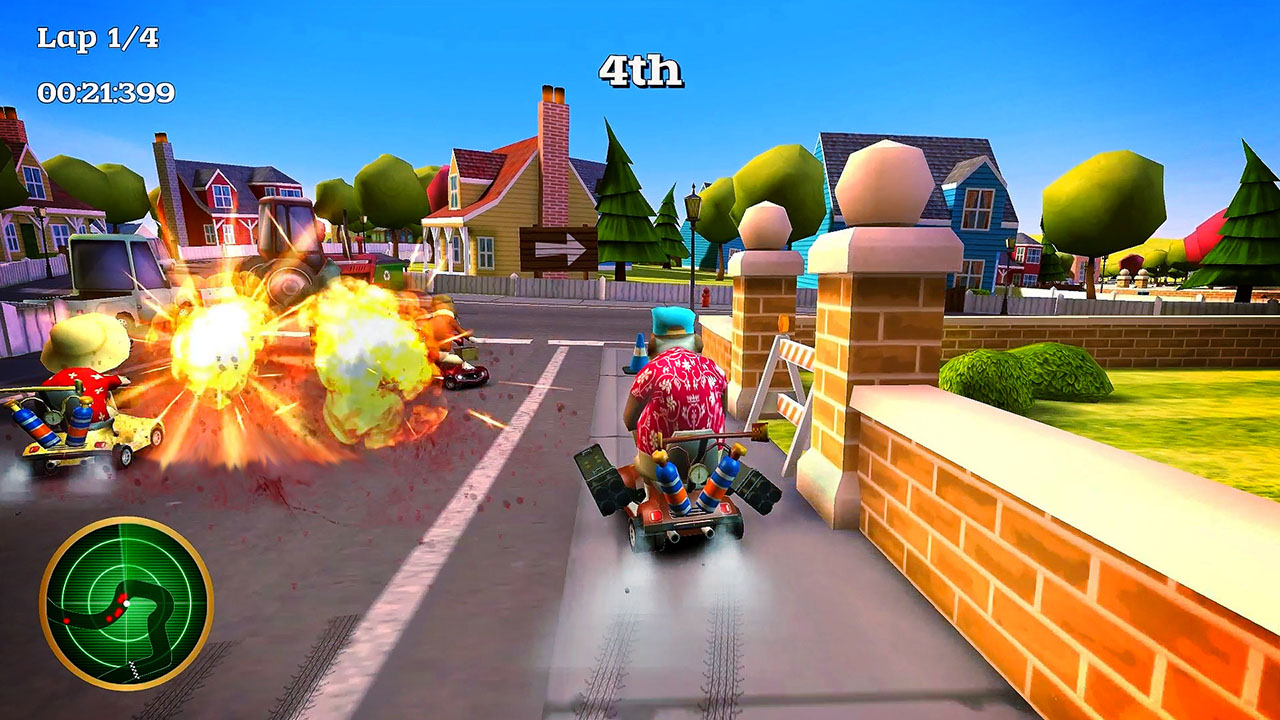 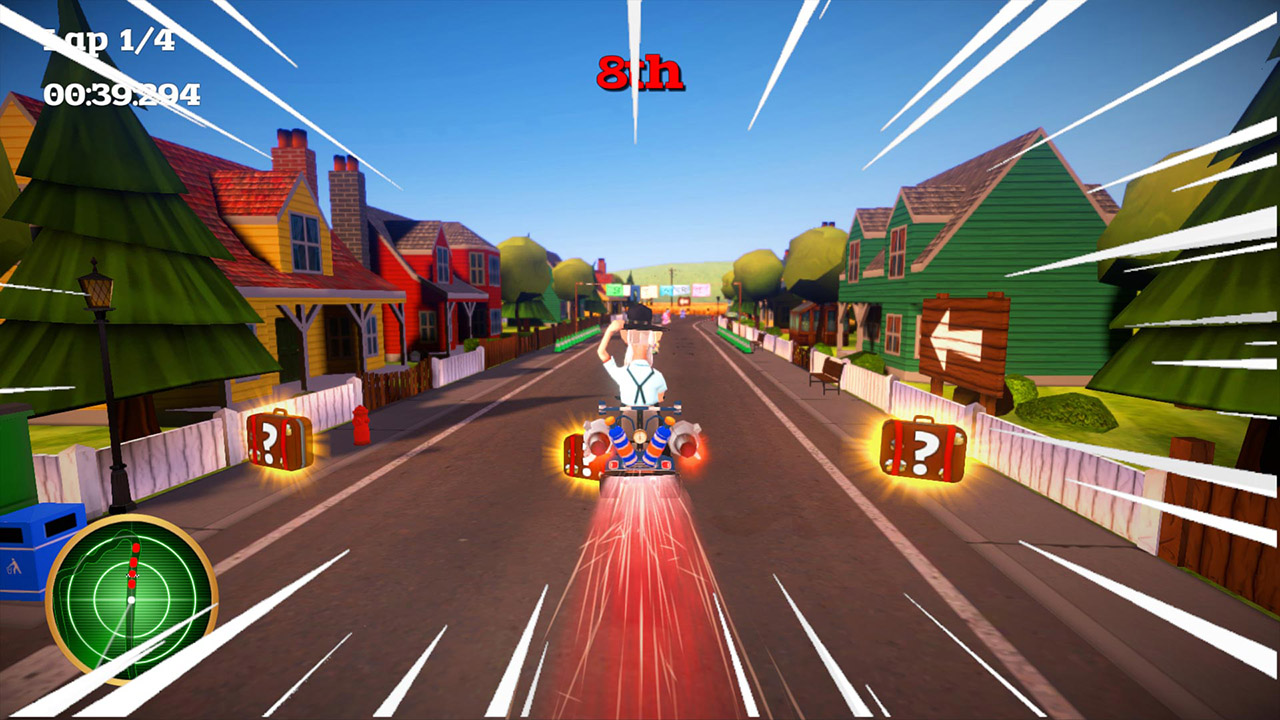 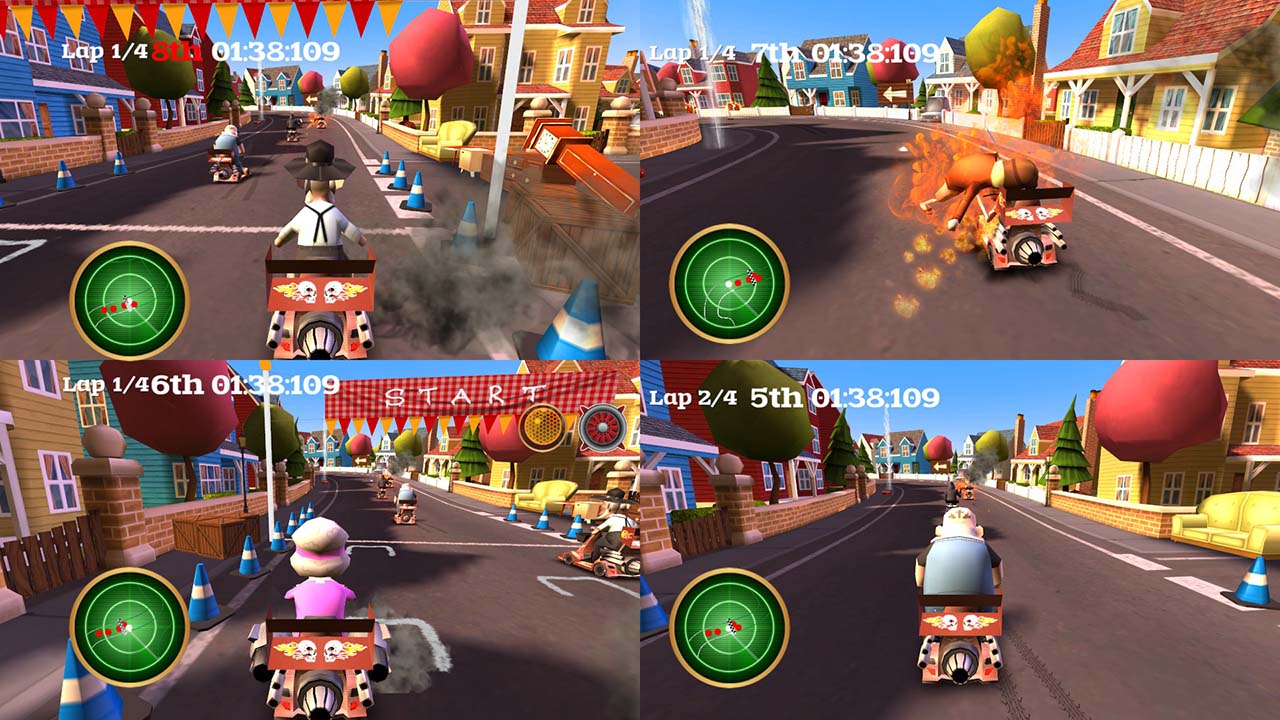 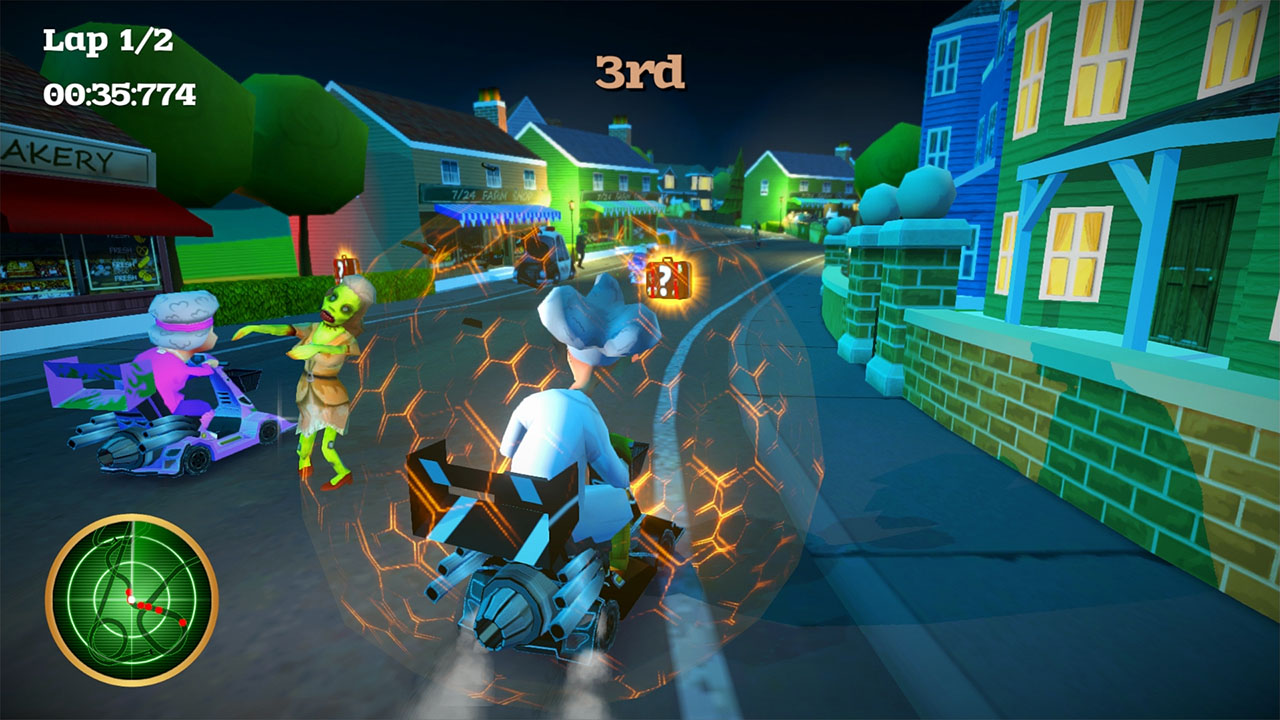 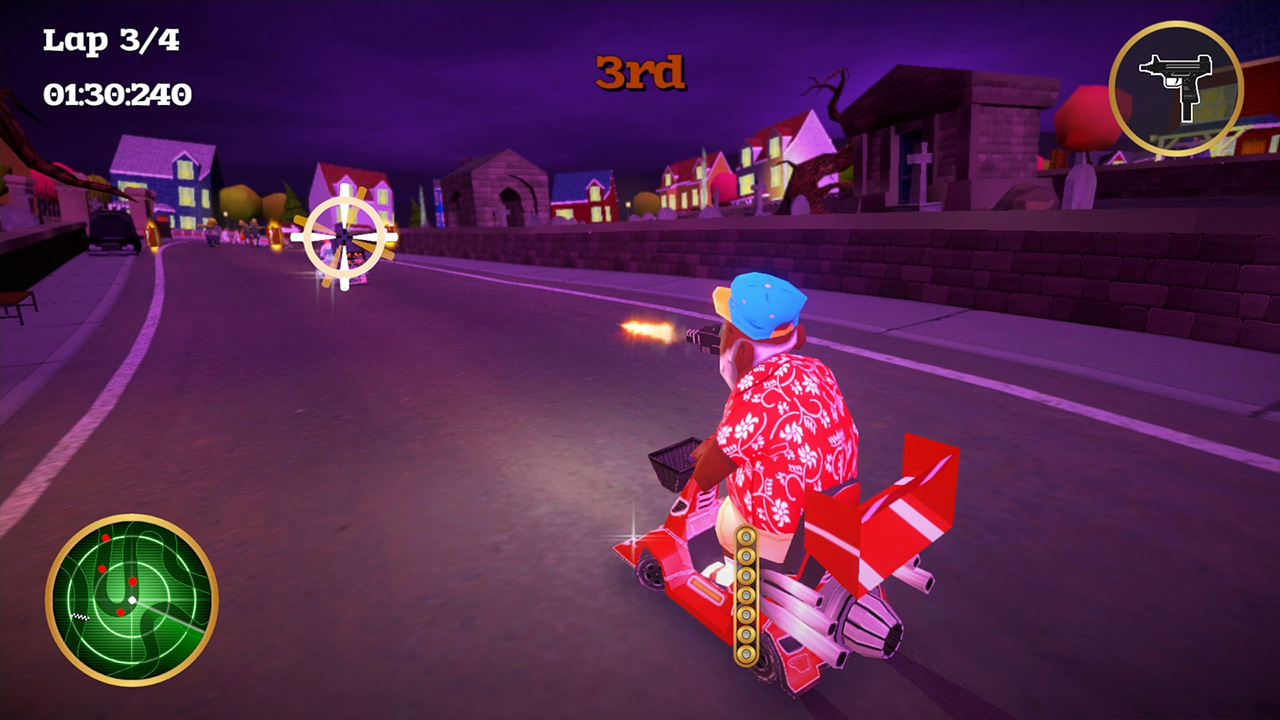 Coffin Dodgers sees you take on the role of saving one of seven quirky retirement village residents, each racing for their soul in 'pimped up' mobility scooters against none other than the Grim Reaper himself. Our old heroes are armed with a variety of homemade weapons and gadgets to take on anything the Grim Reaper and his Zombie army may throw at them. Can you survive the retirement village?

Players must battle it out against The Grim Reaper and other competitors over a 13 race Championship, where only the most skilled racer will survive. There are 4 distinct areas within the Sunny Pines Retirement Community, each featuring it's own mini tournament in which your rank against other competitors will ensure you progress to the next stage however finish bottom of the pile and the Reaper gets to take your soul. The final race takes place over each of the 4 areas in a straight shoot out between you and the Grim Reaper.