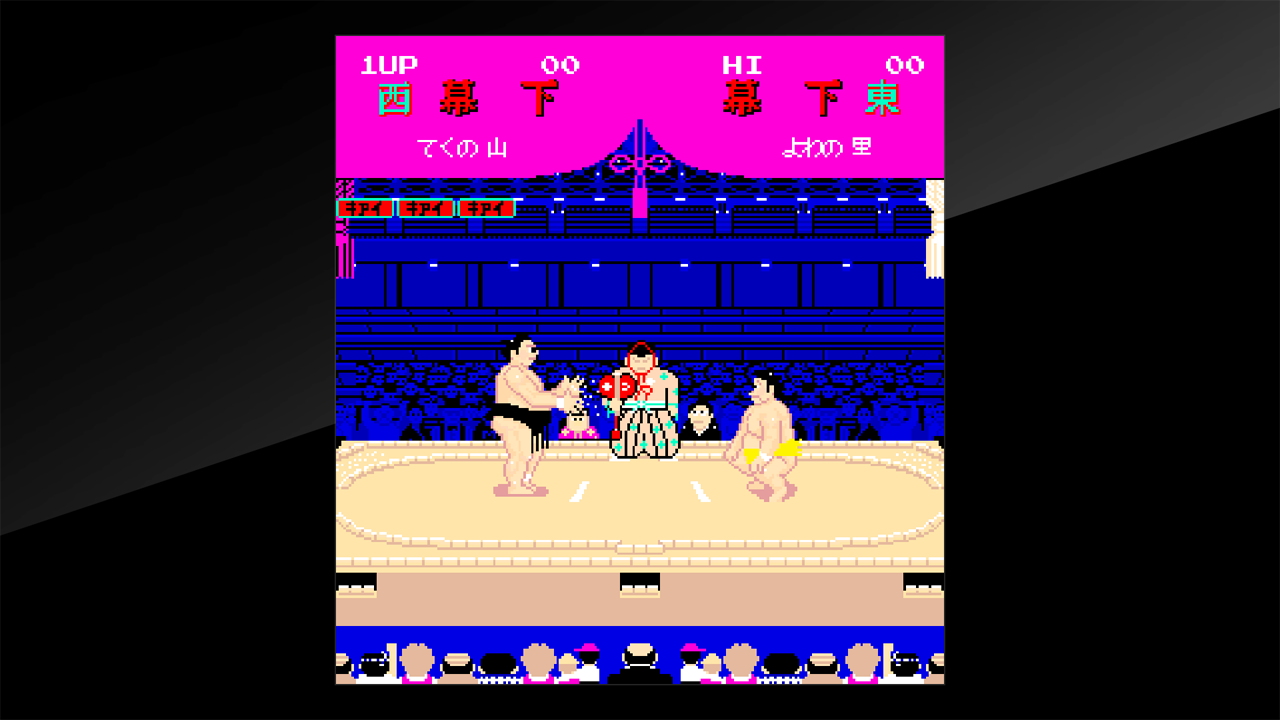 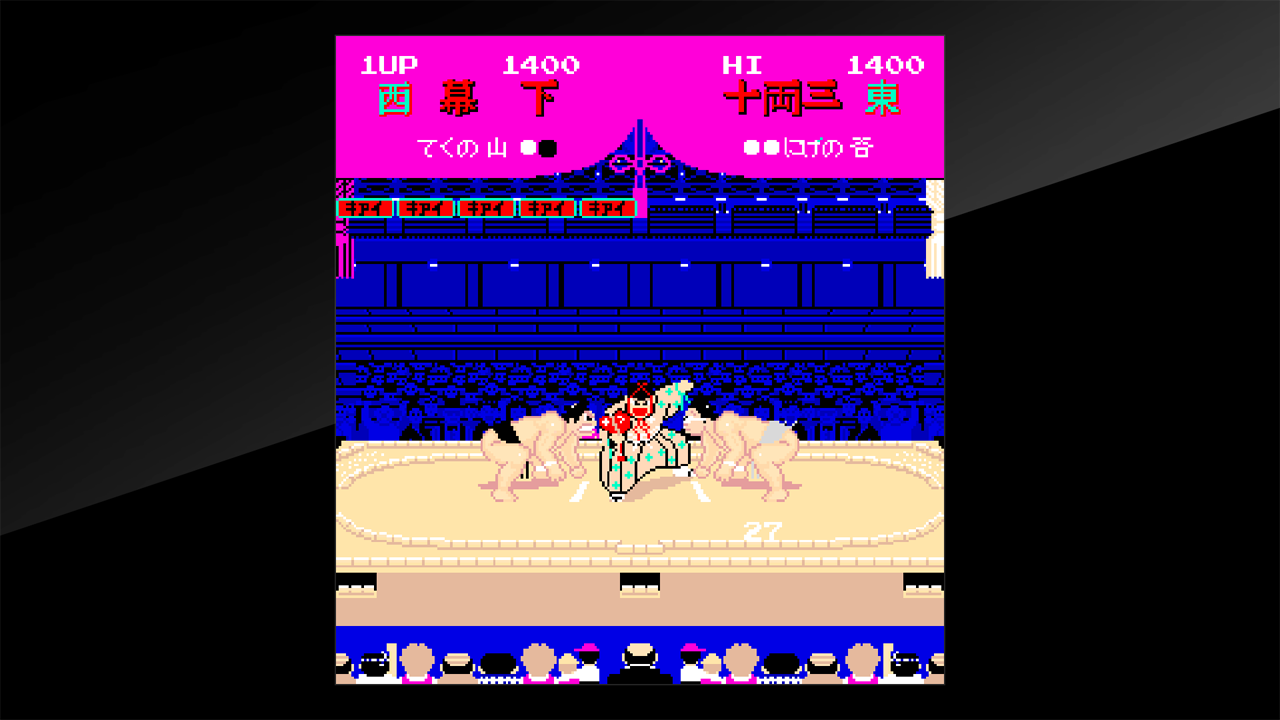 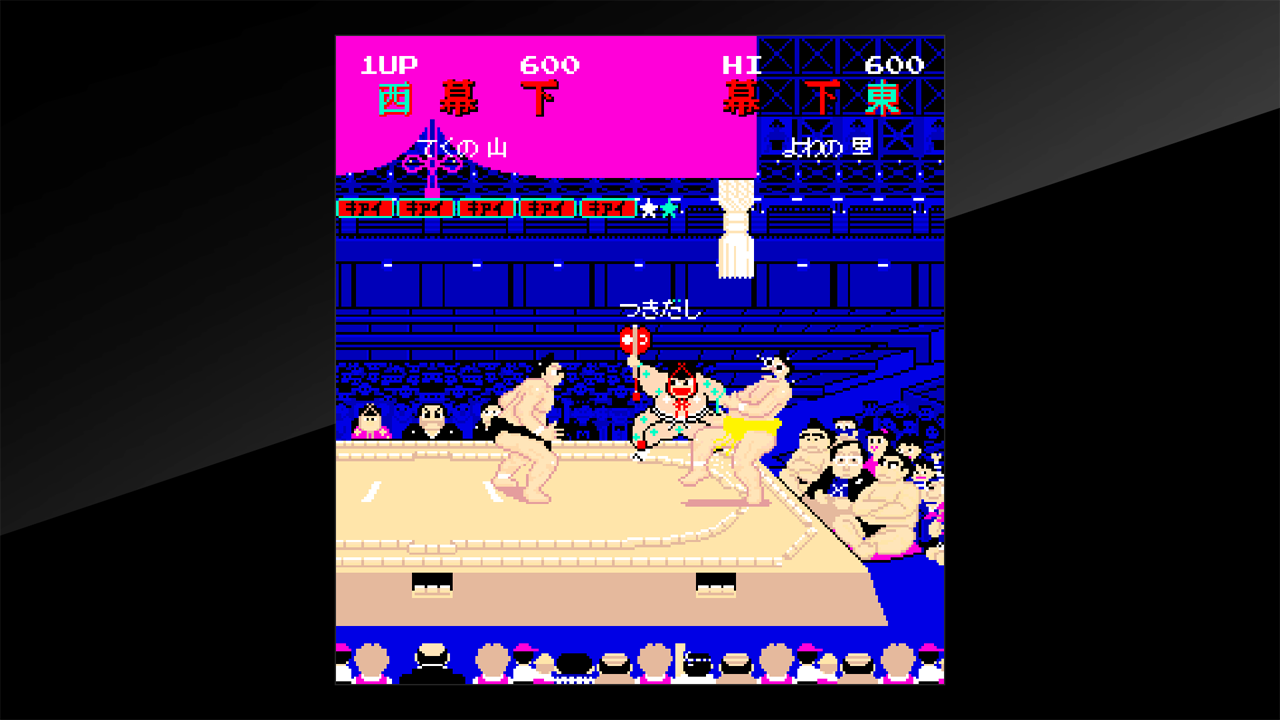 Starting from December 22, 2015 English, Traditional Chinese and Korean will become available after the update.

Shusse Ozumo is a sports game developed by Technos Japan (Million) in 1984.
The goal of the game is to win against various Summo wrestler rivals while using several fighting techniques and "Spirit(キアイ)".
Arcade Archives is a series of remakes of famous arcade games with the PS4™ functions included.
Players will be able to adjust settings of the dip switch including the level of difficulty, the screen settings and the button settings. Players can also share videos and the playing screen with the SHARE function, or competing with other players with scores using the online ranking function.
So enjoy the famous title that is a part of the video game history.