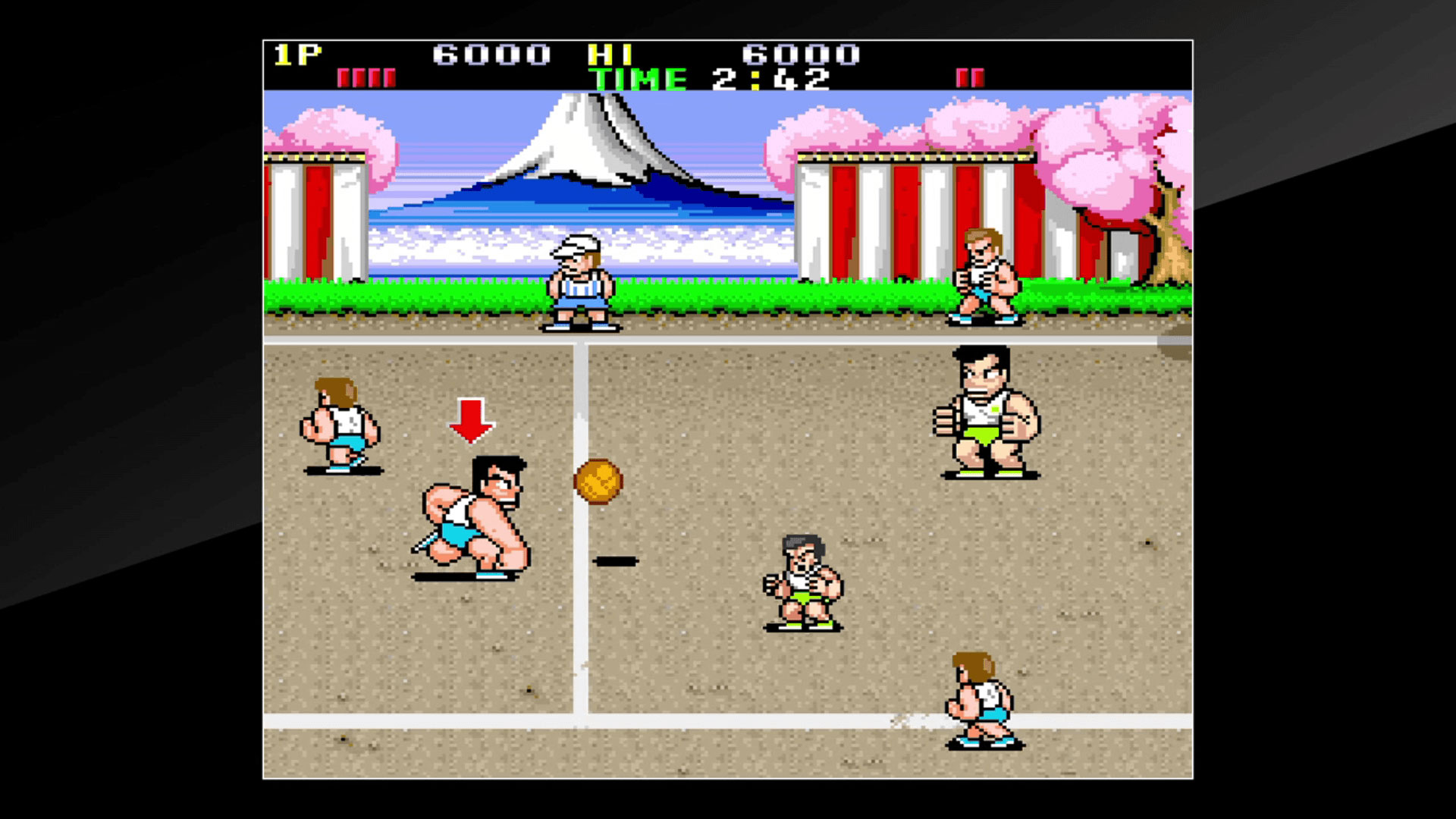 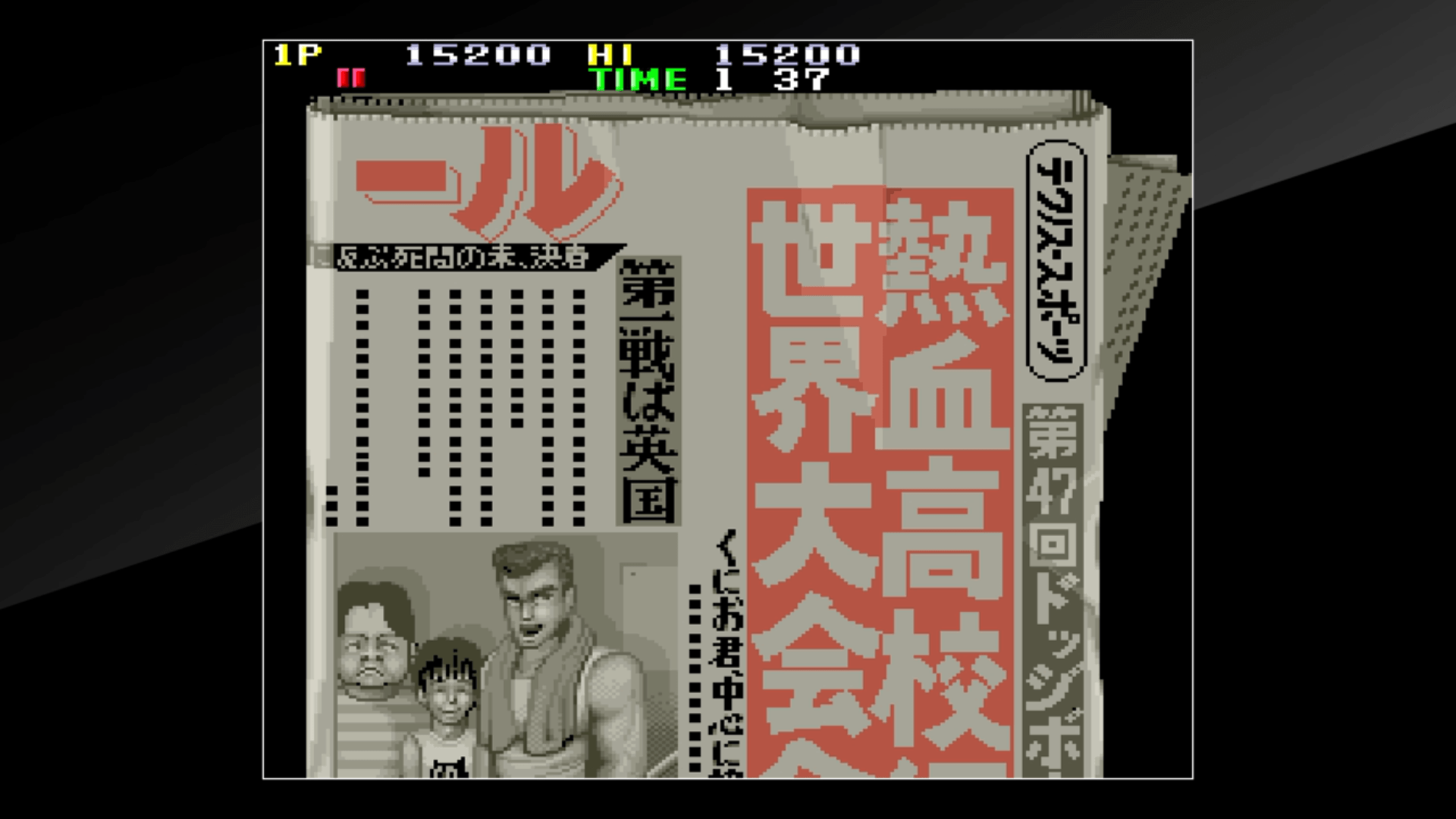 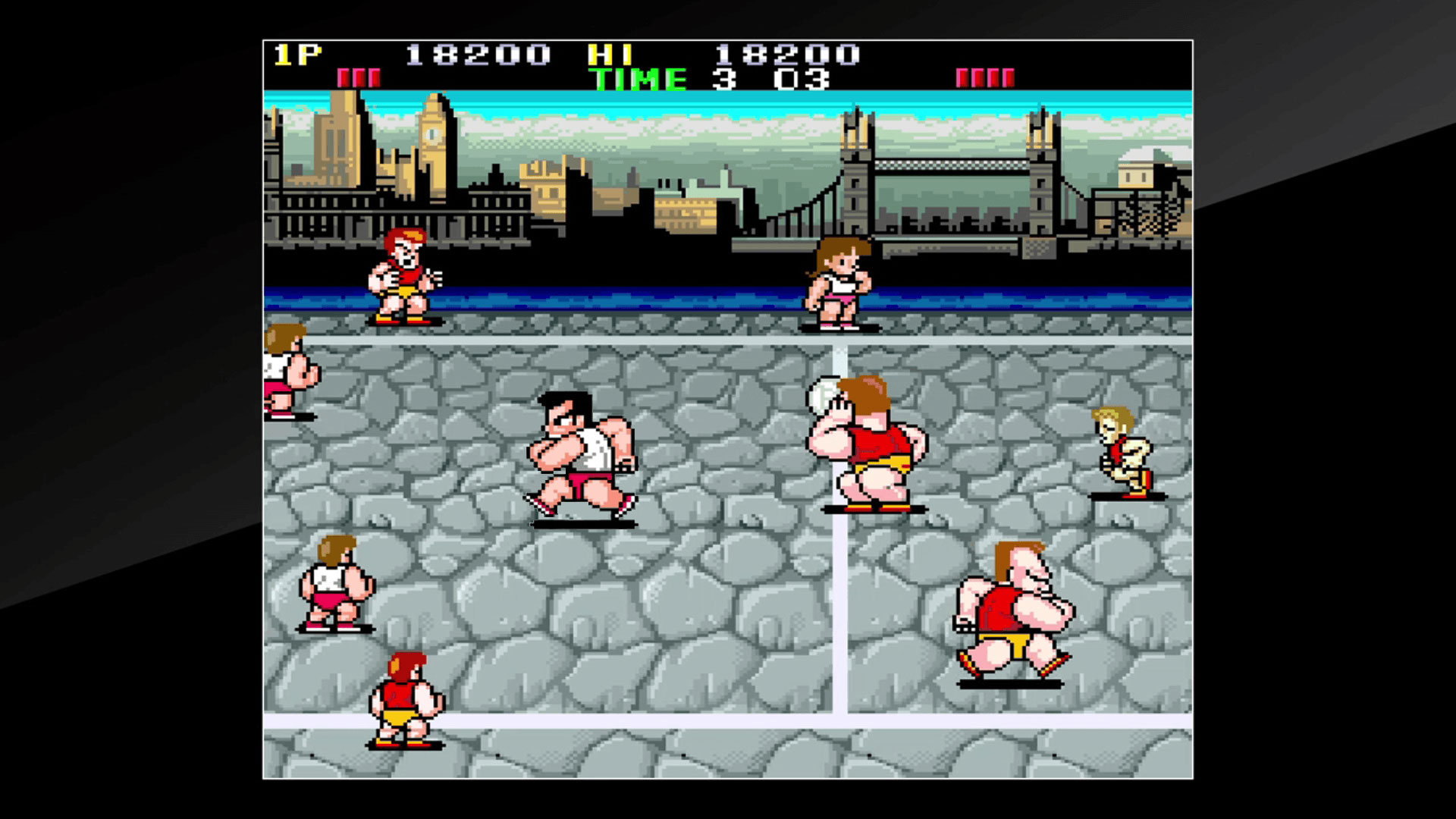 "Super Dodge Ball" is an action game released by Technos Japan in 1987.
In Japan it was the second game starring Technos Japan's video game character "Kunio-kun" following "Nekketsu Ko ha Kunio-kun" (the Japanese version of the title "Renegade"). The player's goal is to aim at becoming the world's best dodge ball team.
Arcade Archives is a series of remakes of famous arcade games with the PS4™ functions included.
Players will be able to adjust settings of the dip switch including the level of difficulty, the screen settings and the button settings. Players can also share videos and the playing screen with the SHARE function, or competing with other players with scores using the online ranking function.
So enjoy the famous title that is a part of the video game history.