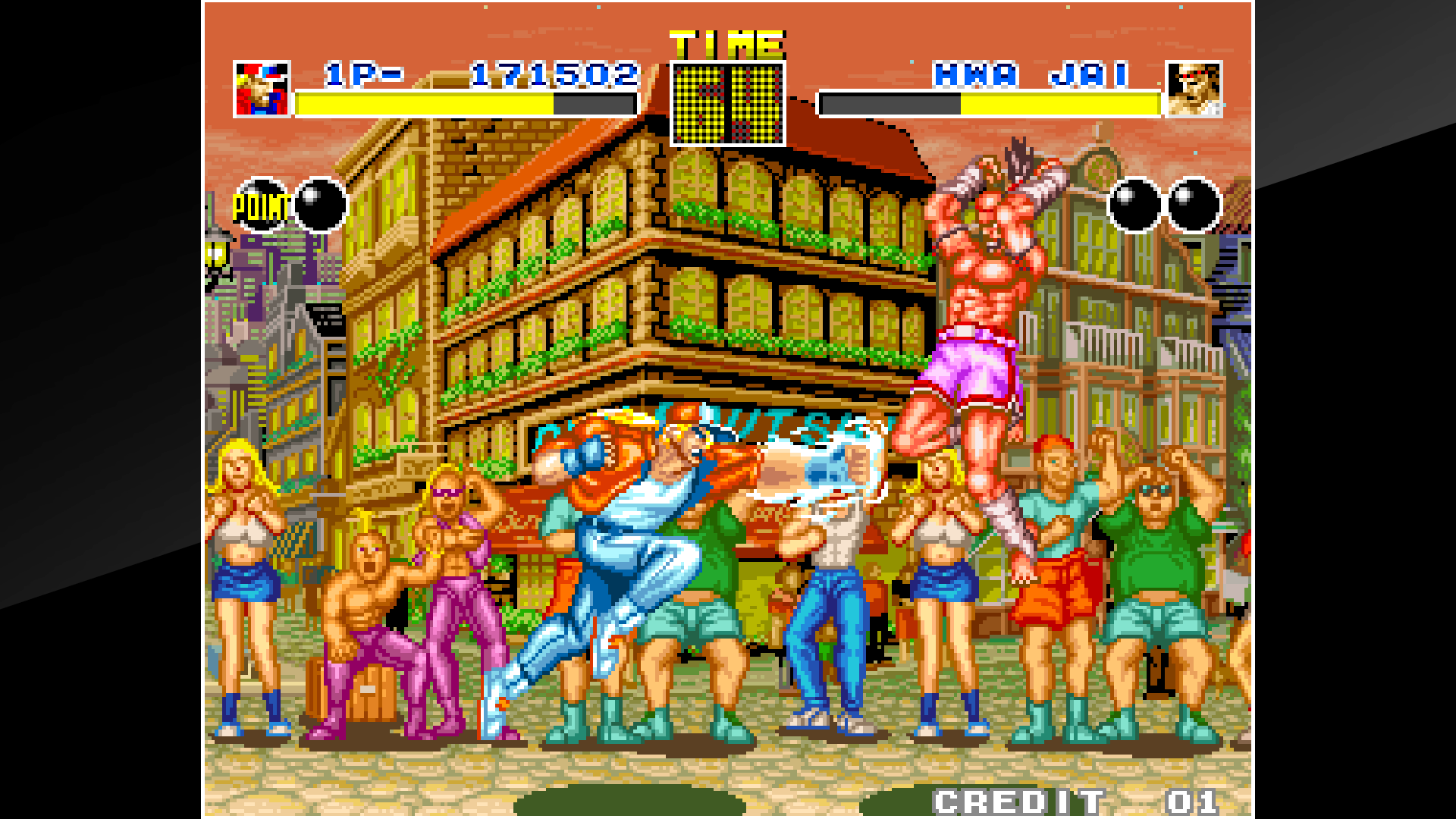 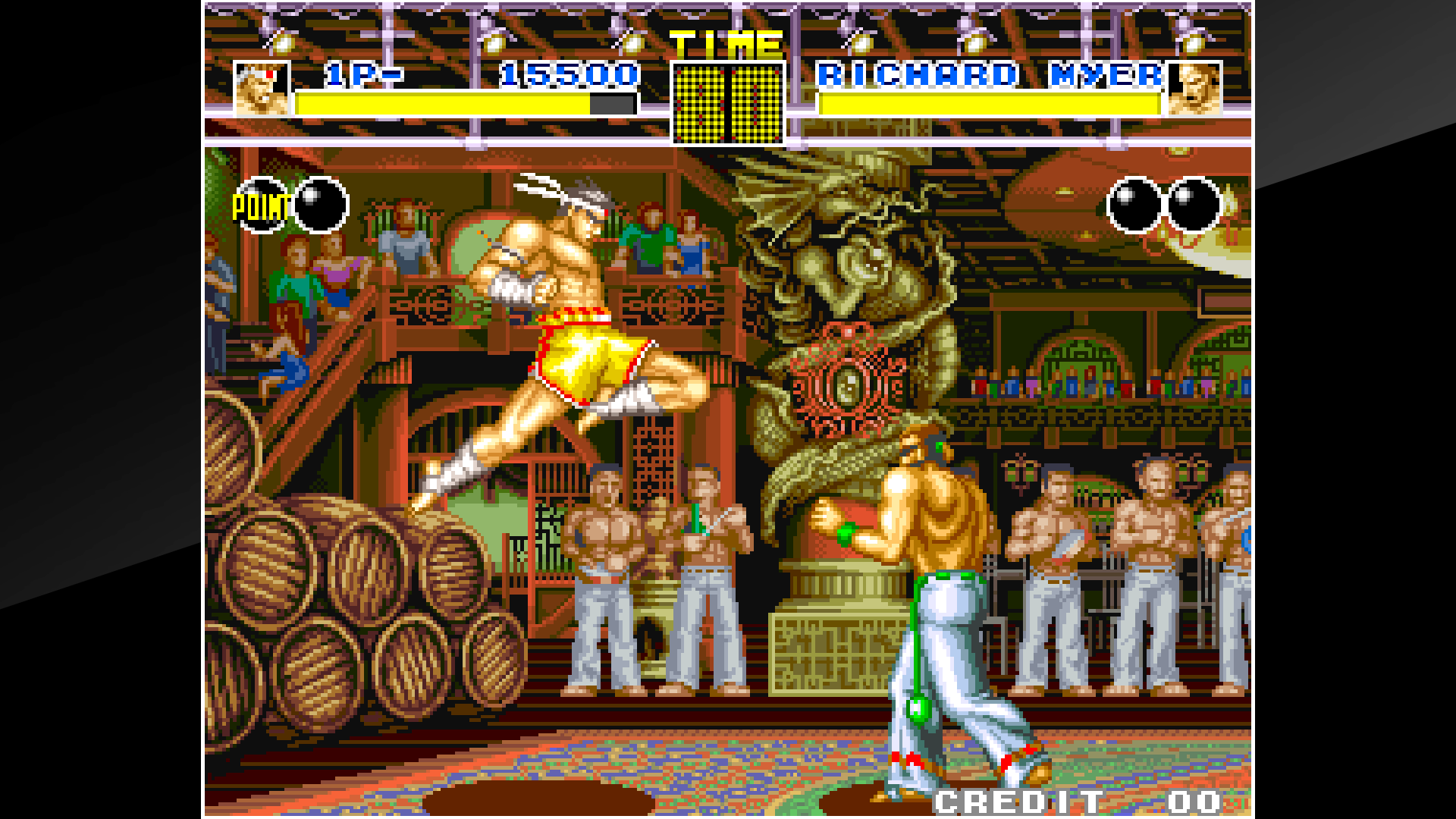 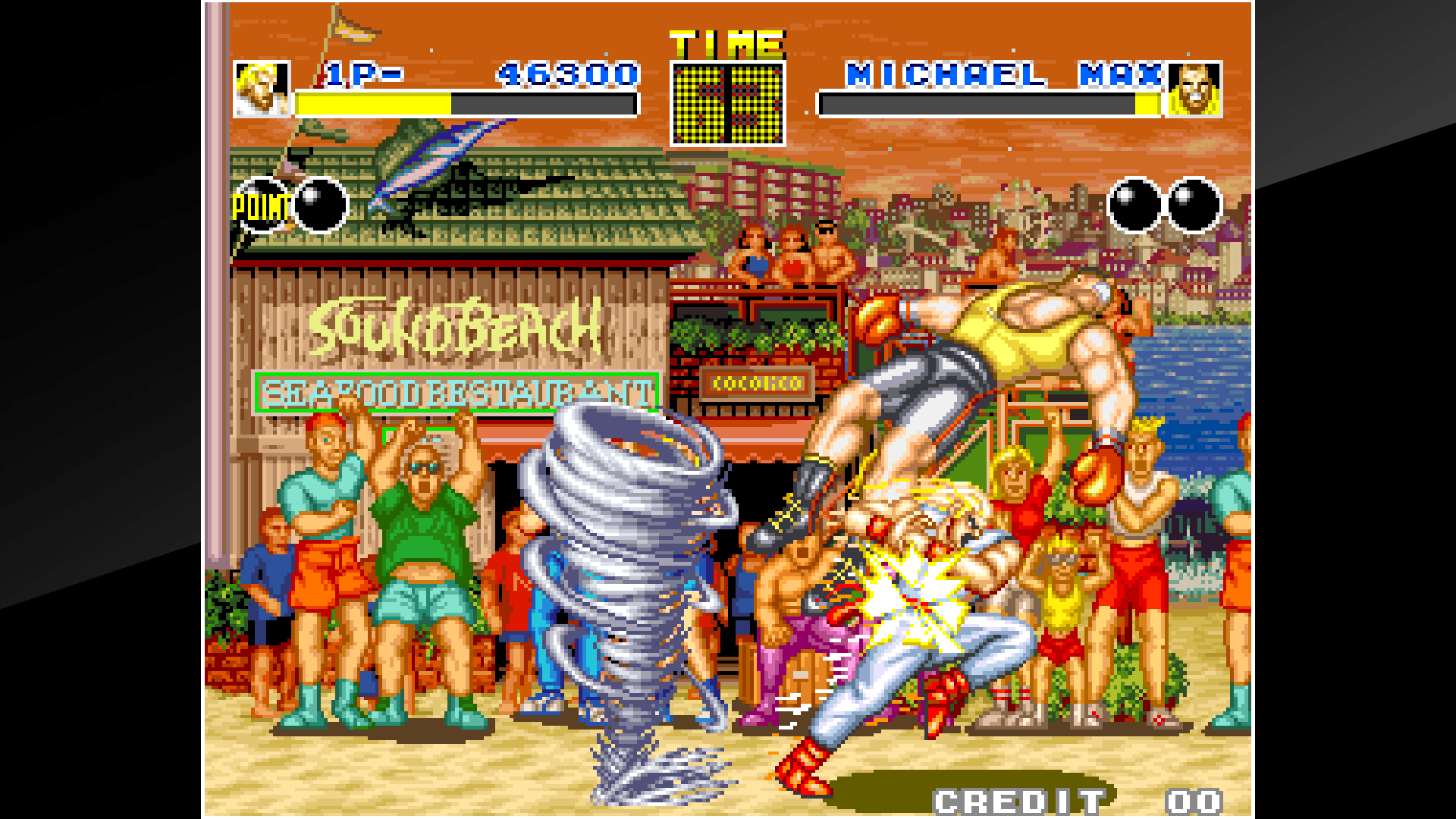 "FATAL FURY" is a fighting game released by SNK in 1991.
Players will compete in street fights at various locations and the ultimate goal is to defeat the strongest man named Geese Howard.
The system adopts the two-lane battles using a foreground row and a background row on the screen, as well as the 2P co-operation feature which is unique in the fighting game genre.
The ACA NEOGEO series is developed with the concept of recreating popular works of NEOGEO.
Various game settings including the difficulty level can be set, recreating the feeling from the cathode-ray tube type of televisions.
Players can also compete with other players around the world using the online ranking feature with scores.