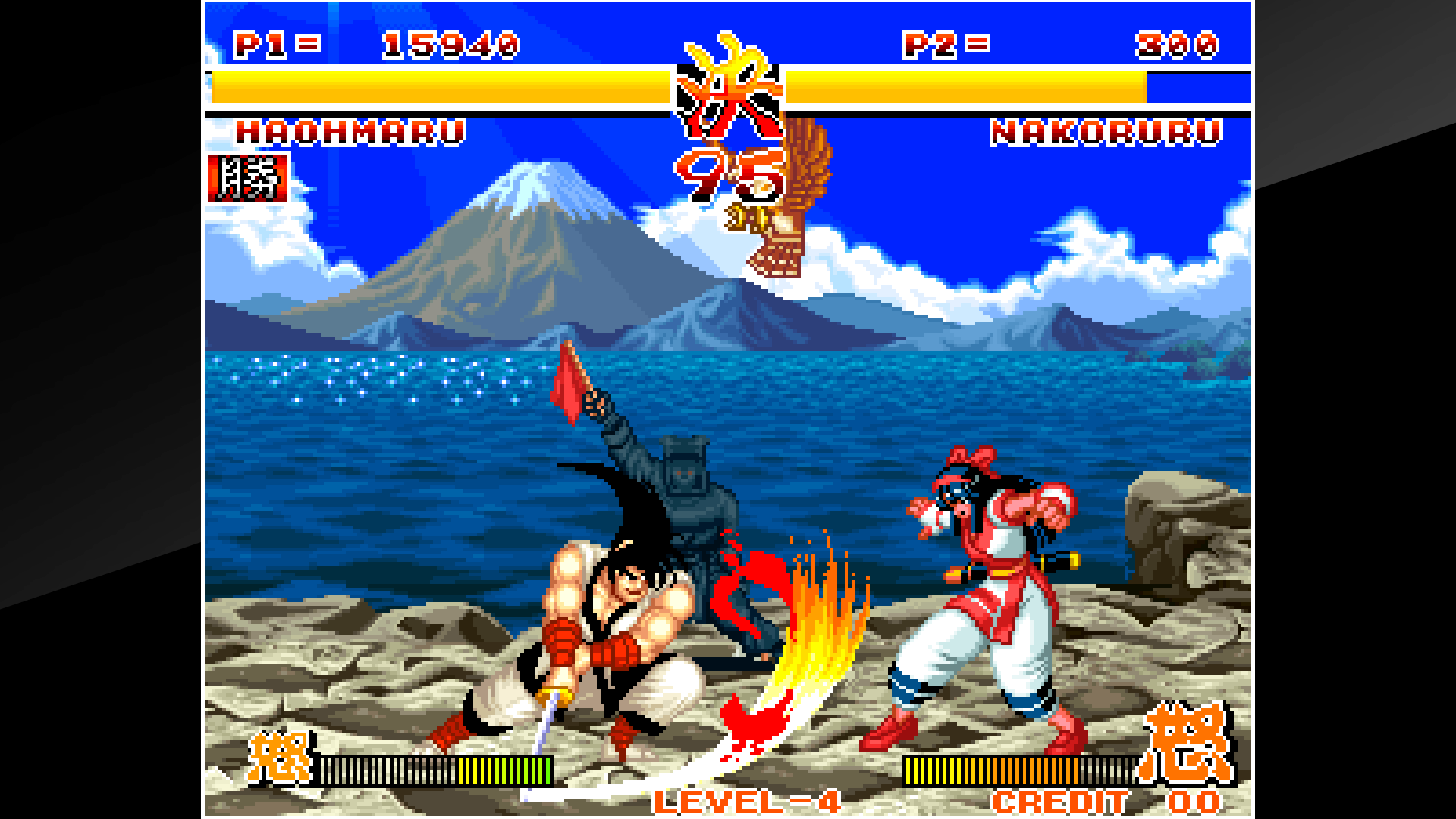 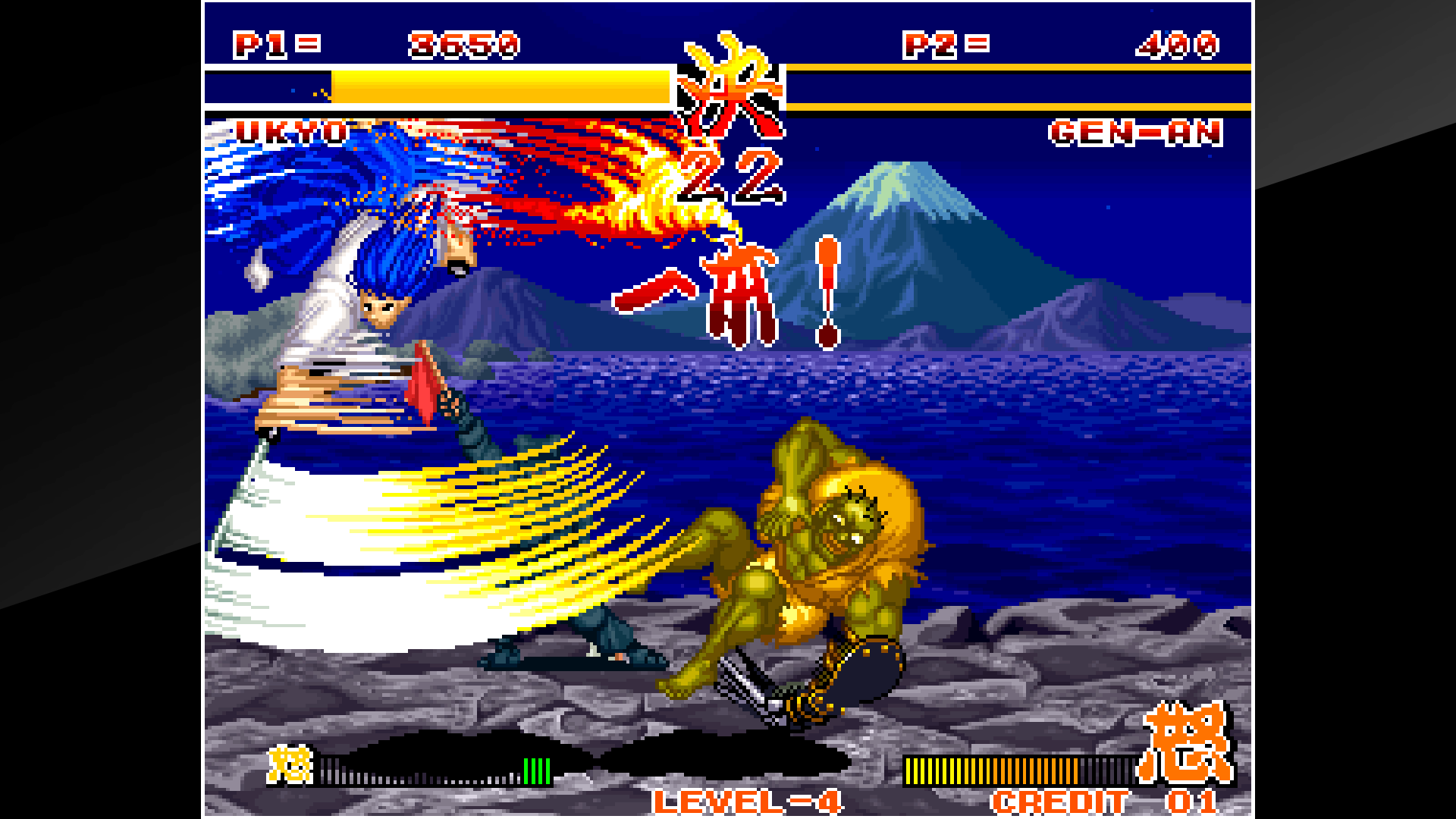 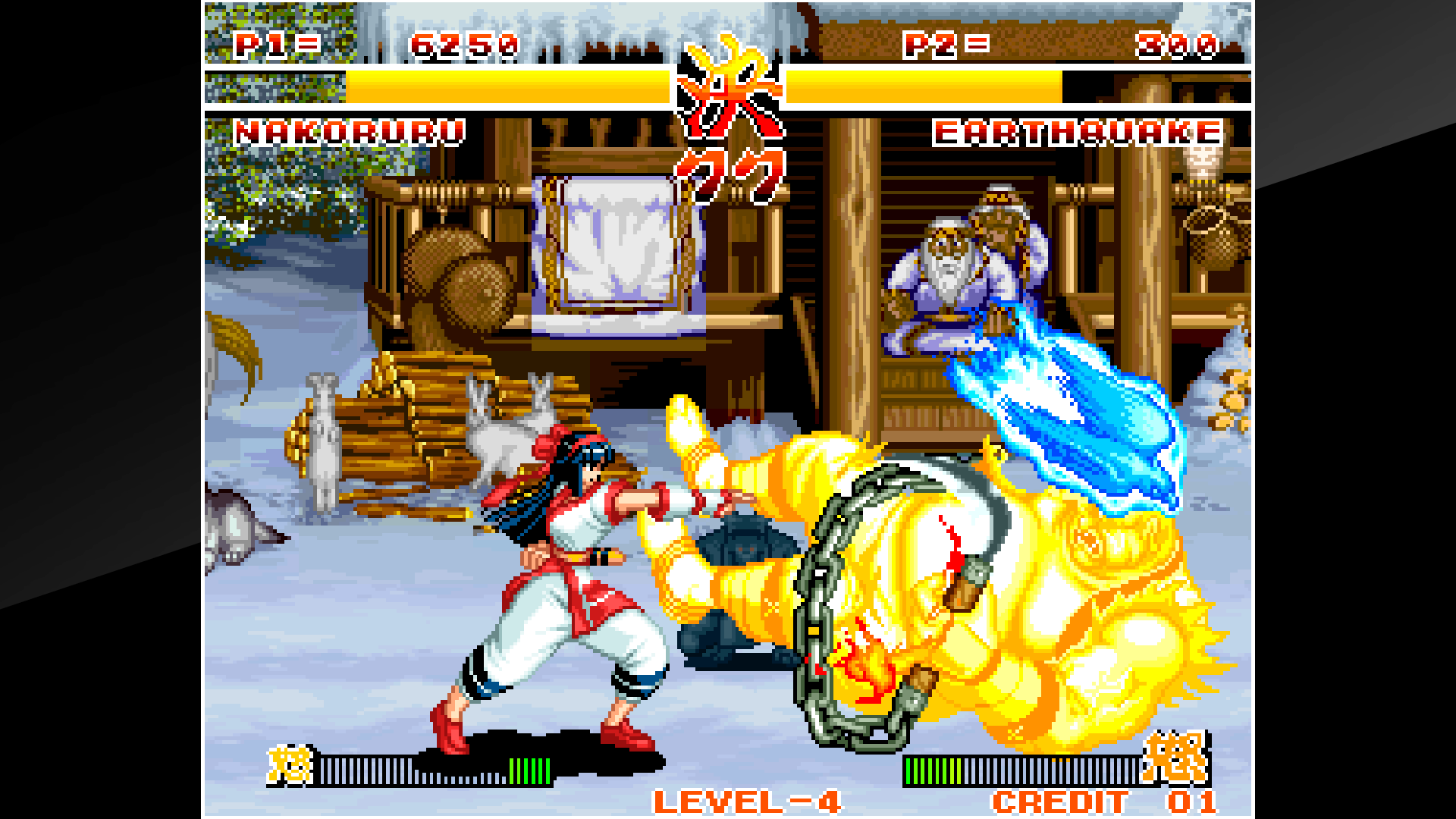 SAMURAI SHOWDOWN is a fighting game released by SNK in 1993.
It is the fierce competition between 12 warriors and the final confrontation against Shiro Tokisada Amakusa.
The power of attacks from controlling characters will increase if the Rage Gauge maxes out as it accumulates, so enjoy the tension from the battles!

The ACA NEOGEO series is developed with the concept of recreating popular works of NEOGEO.
Various game settings including the difficulty level can be set, recreating the feeling from the cathode-ray tube type of televisions.
Players can also compete with other players around the world using the online ranking feature with scores.