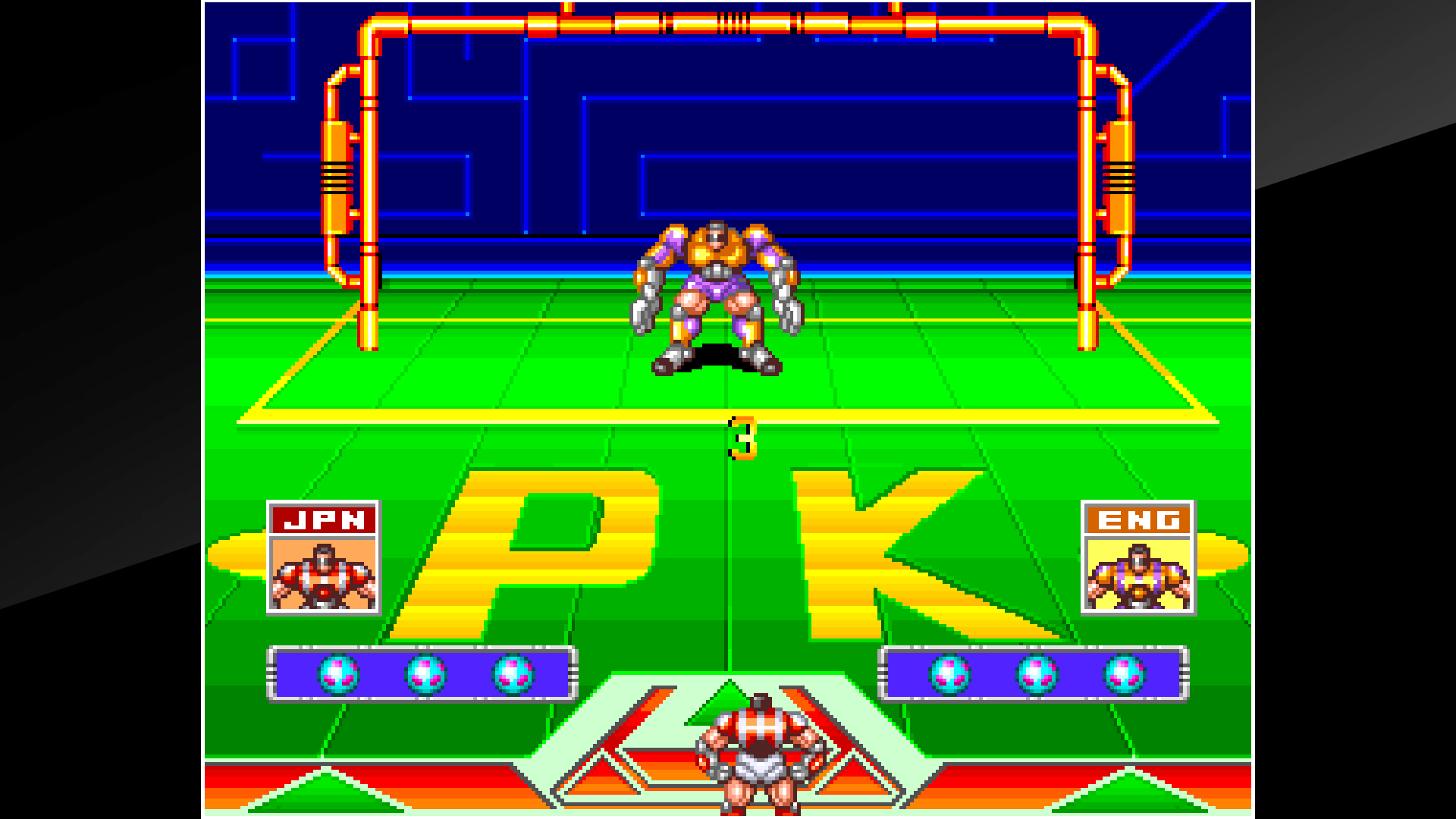 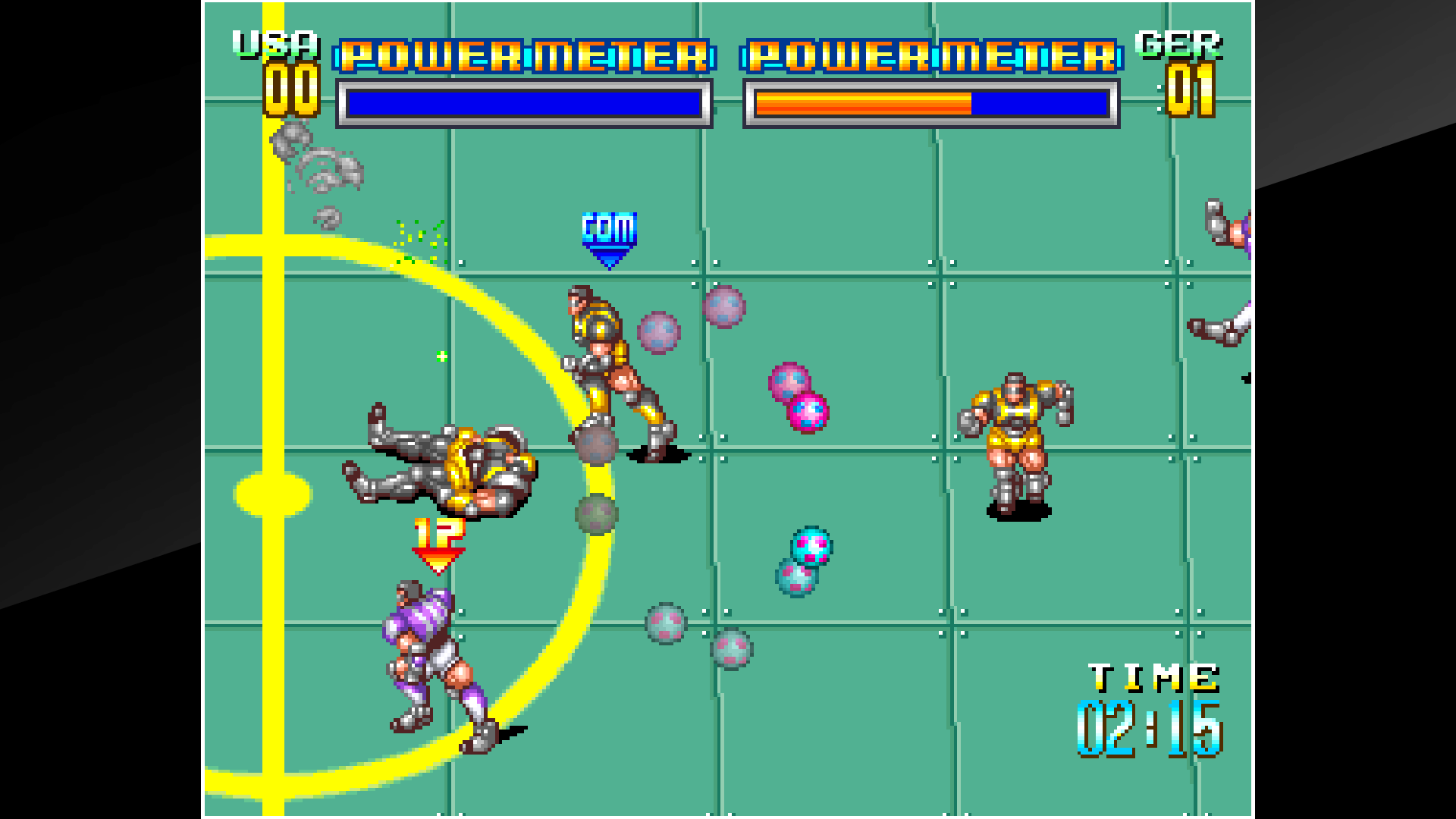 "SOCCER BRAWL" is a soccer game released by SNK in 1992.
Throw off the sparks as 8 teams representing their countries aim for victory.
The game will take place in a futuristic future. Players will be cyborgs with the team consisted of 7 members instead of 11 members. Several readjustments are being added with the defense side now being able to attack.