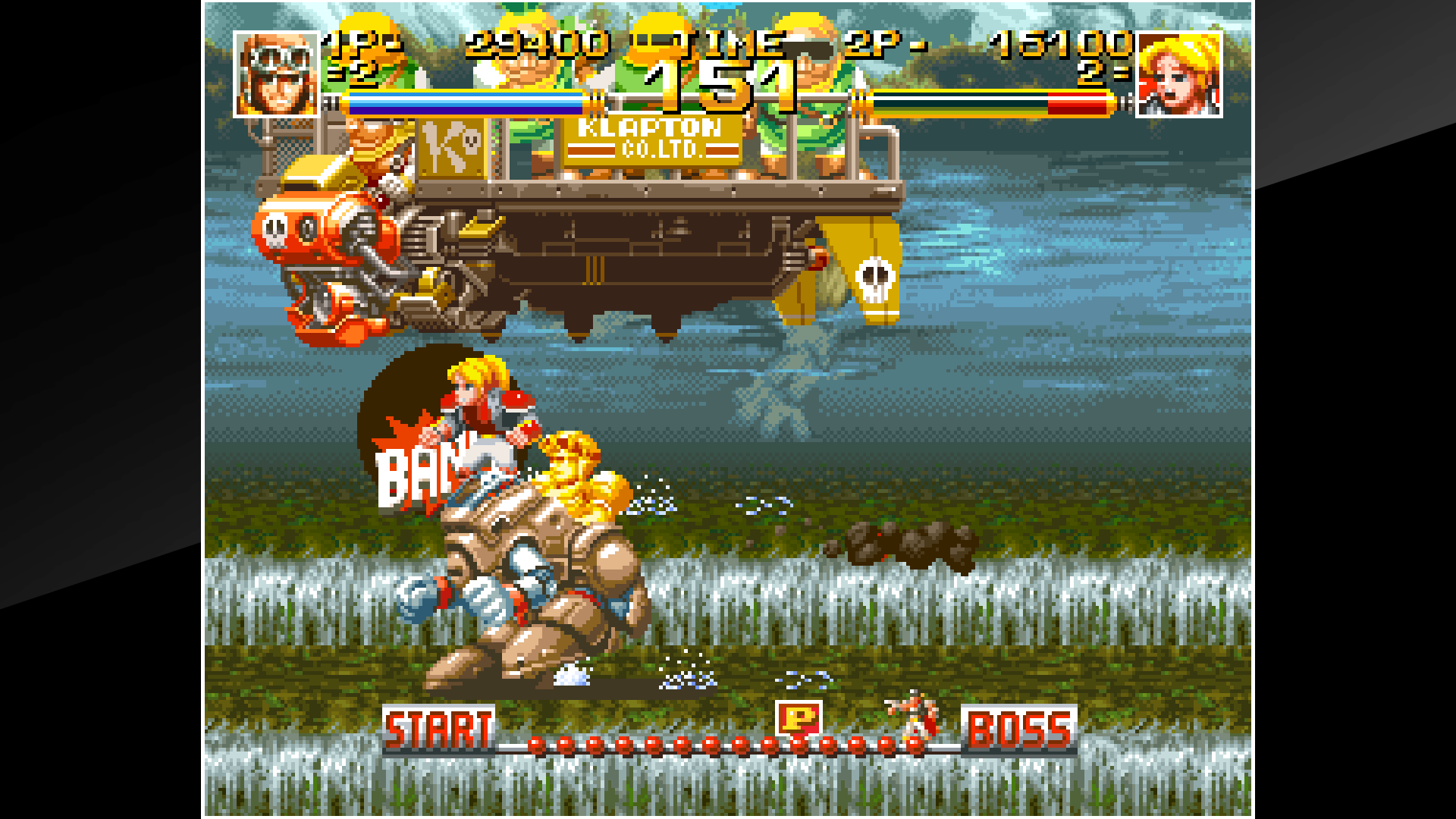 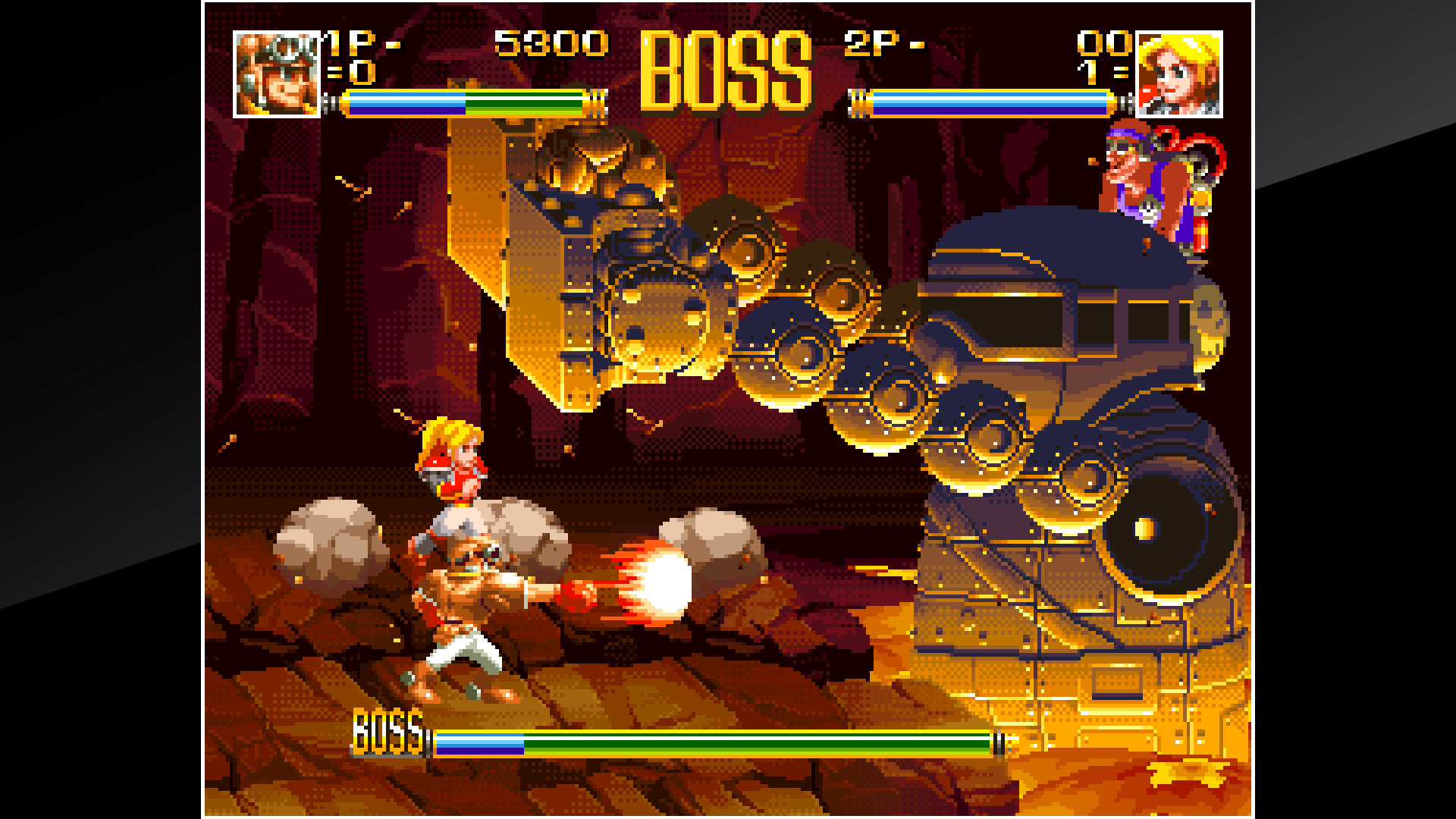 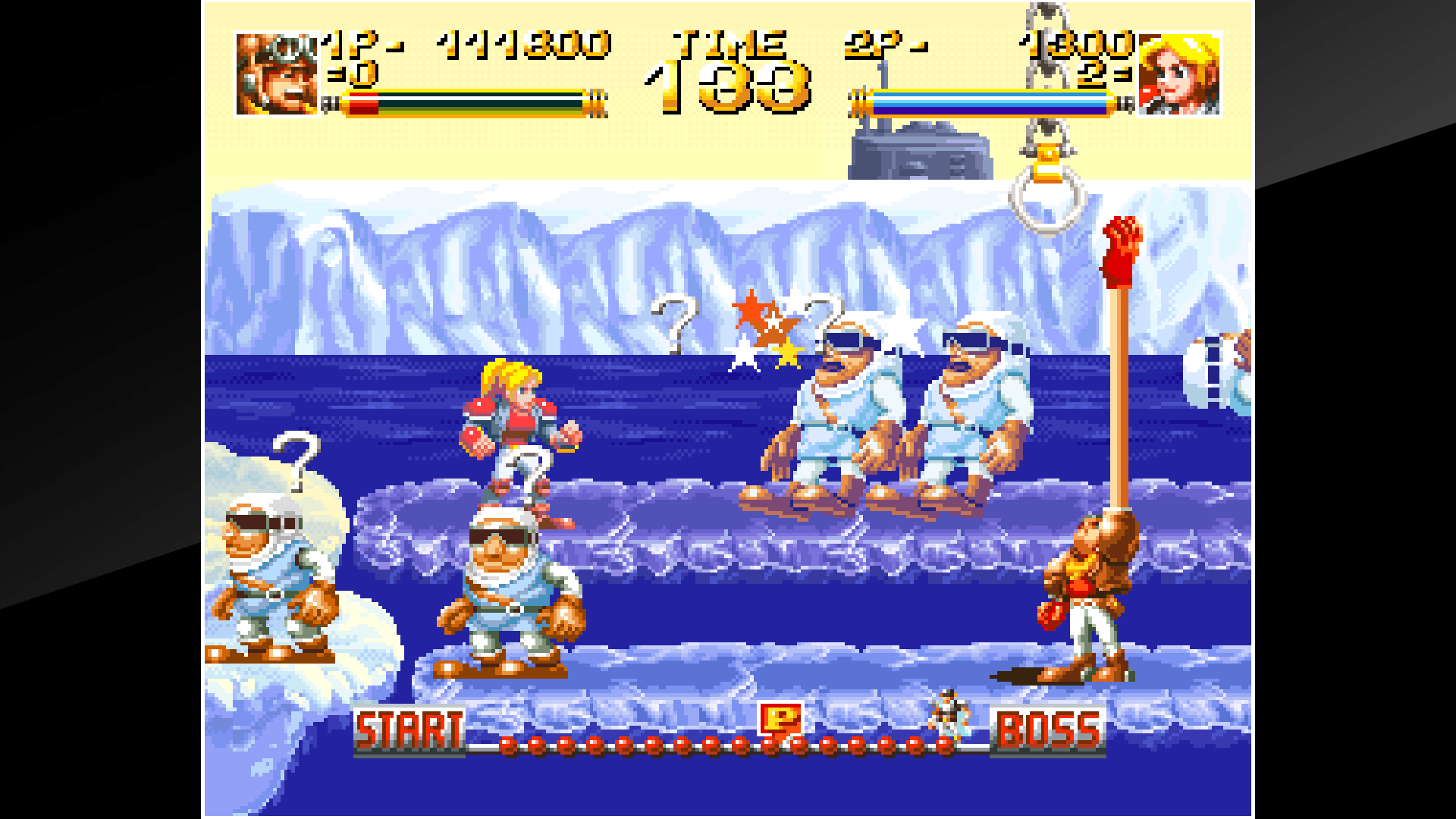 "TOP HUNTER RODDY ＆ CATHY" is a side scrolling action game released by SNK in 1994.
The goal for the player is to defeat the galactic pirates by using various attacks such as finishing moves after entering commands, throwing skills, shooting attacks, jumping actions and a system that allows you to move freely along 2 lanes between the background and the foreground. The game also supports 2 players playing at the same time.