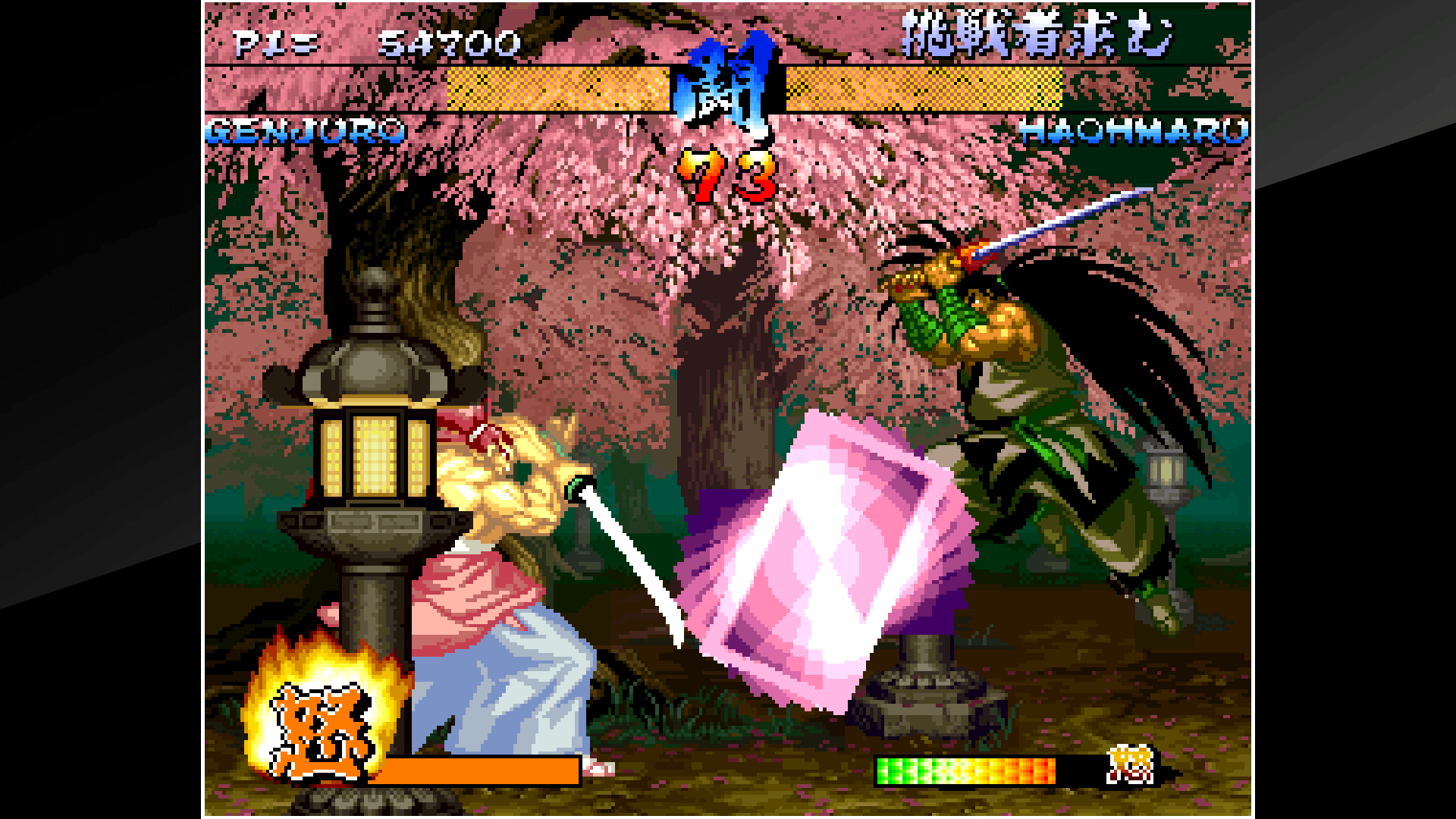 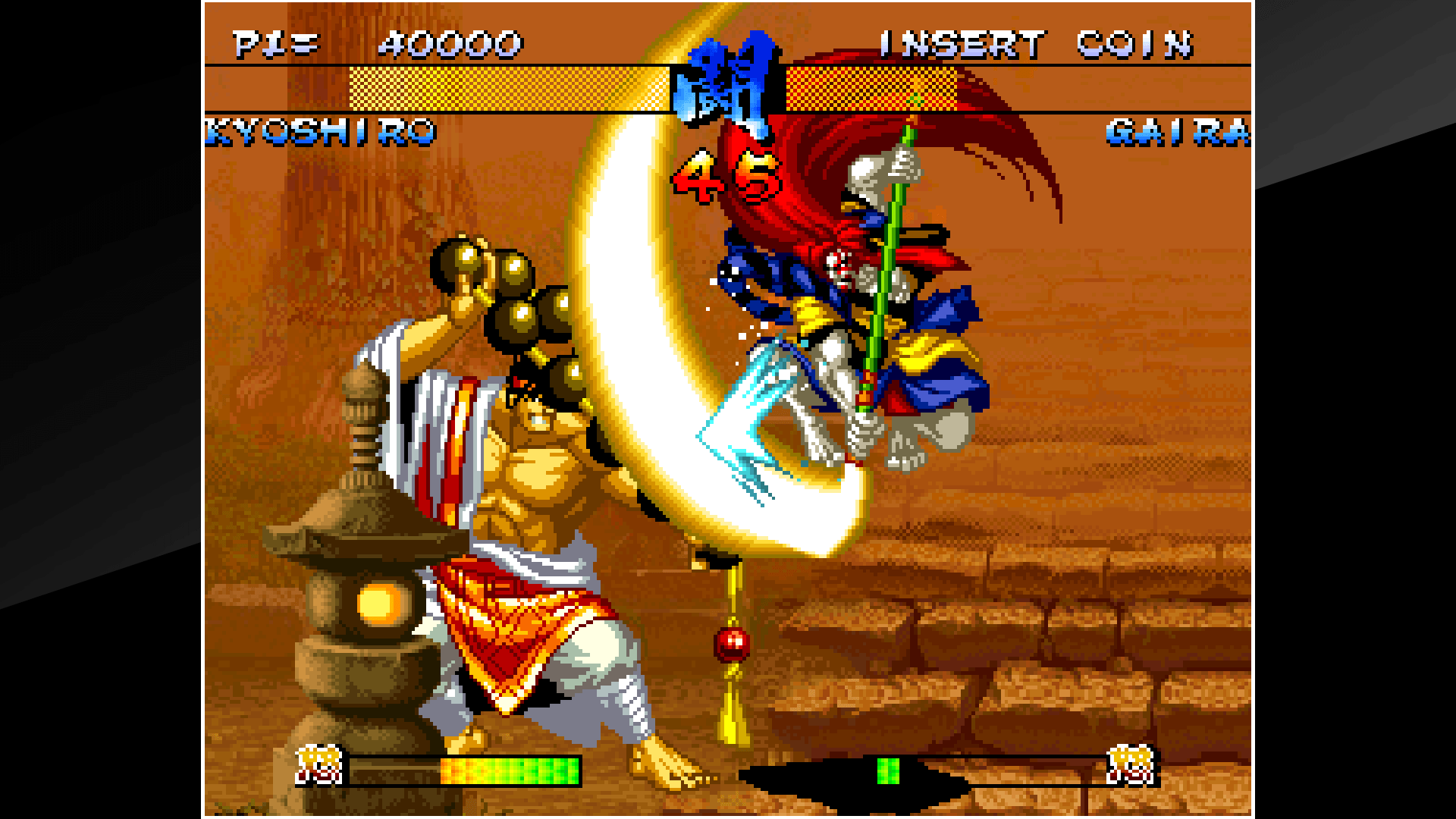 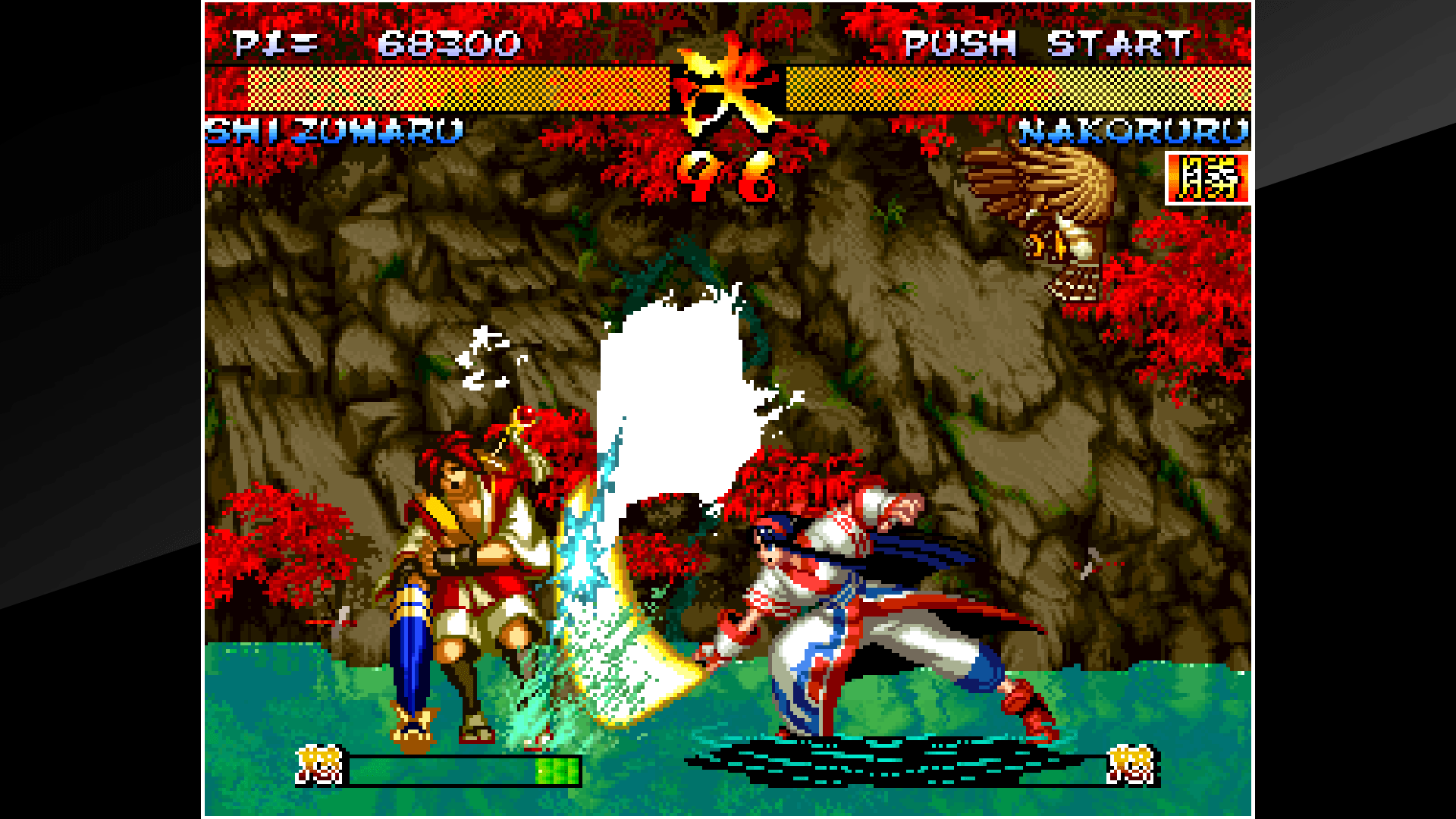 "SAMURAI SHOWDOWN III" is a fighting game released by SNK in 1995.
This game is the sequel to "SAMURAI SHOWDOWN II." Besides the Rage Gauge which you can accumulate it yourself and the aerial guard function, fighting features are greatly enhanced by classifying playable characters into either the Slash or Bust category.