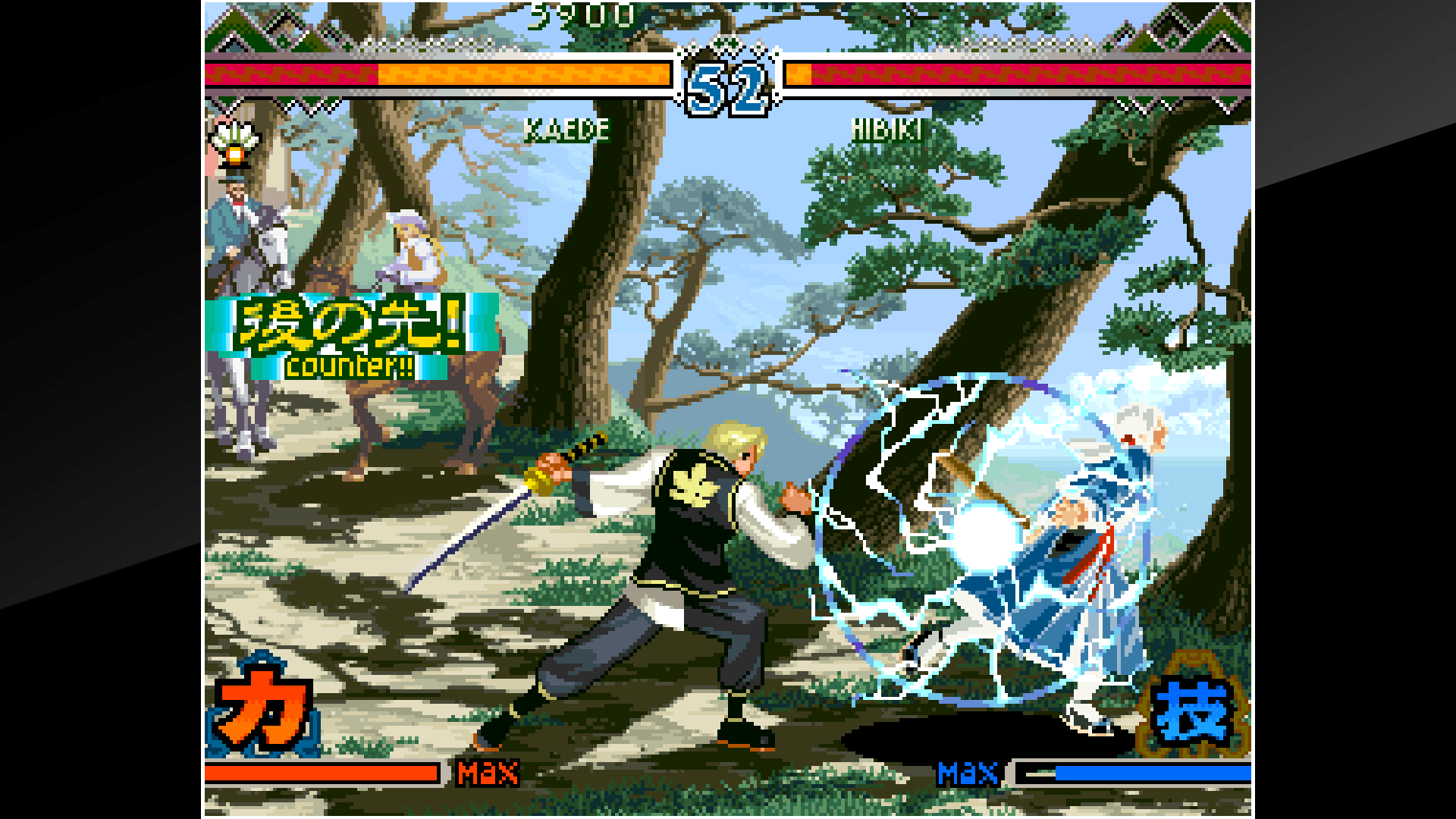 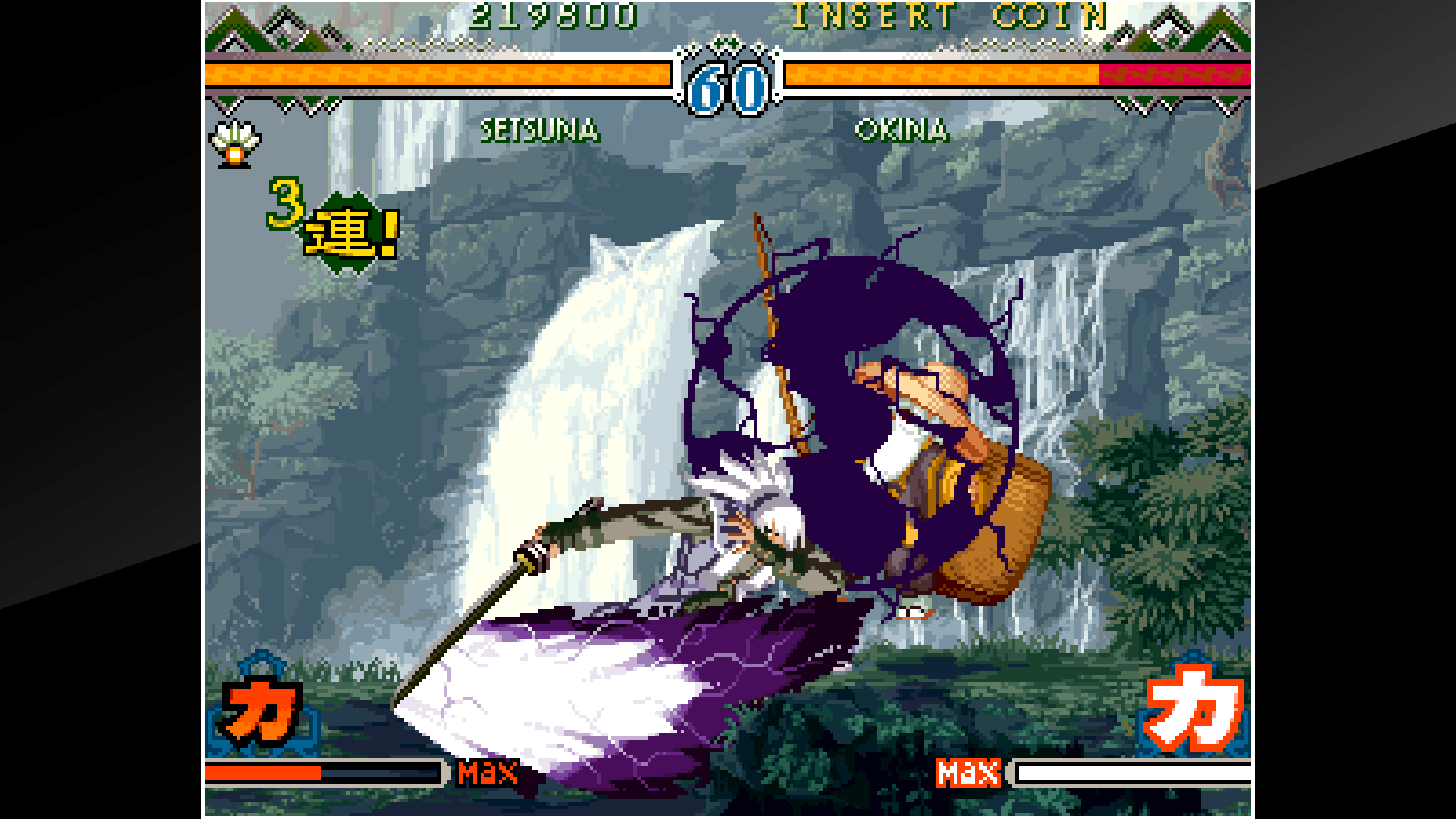 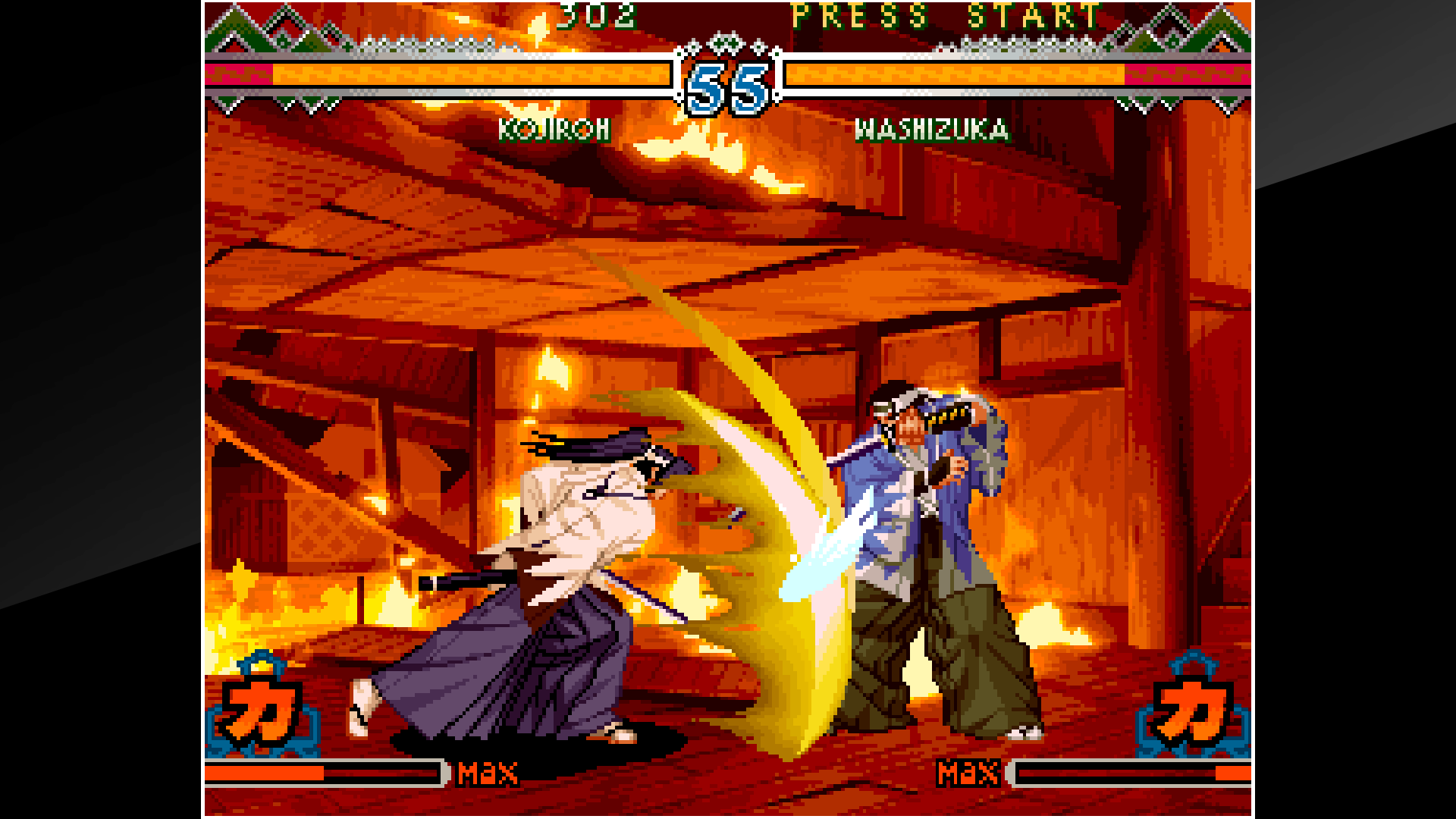 "THE LAST BLADE 2" is a fighting game released by SNK in 1998.
"Hell's Gate" is a boundary between life and death. Four "Mythological Symbols" are about to fight an ultimate spirit awakened from the netherworld to the death, and send him straight to "Hell's Gate".
The system includes various features including different sword types unqiue to the characters. Be sure to master the "REPEL" mechanic to counter your opponent's attacks, and when the time comes activate the "SUPER SECRET SLASH", "HIDDEN SECRET SLASH" and "ENIGMA FRENZY-ATTACK" ultimate techniques in order to change the outcome of the battle!