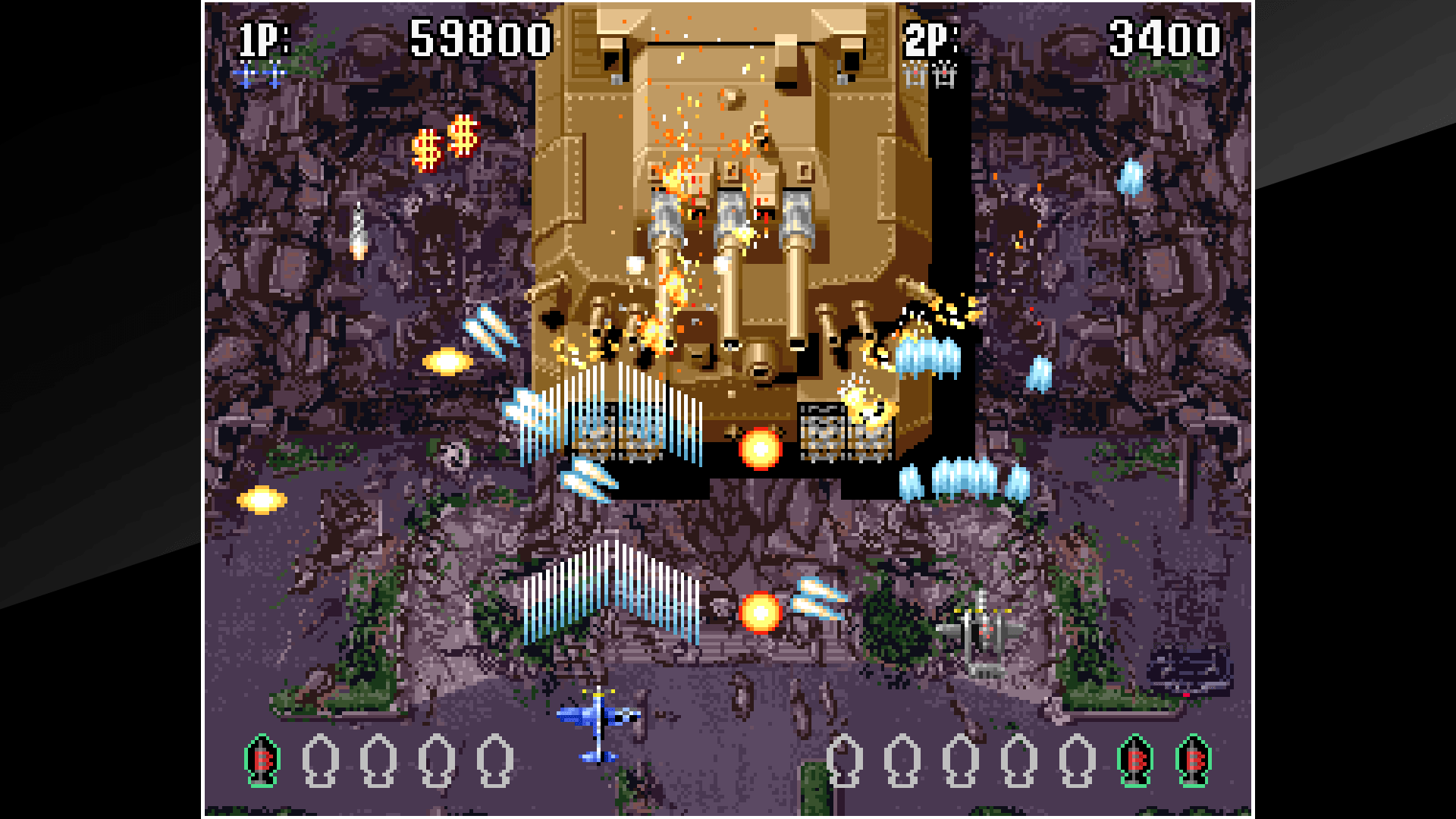 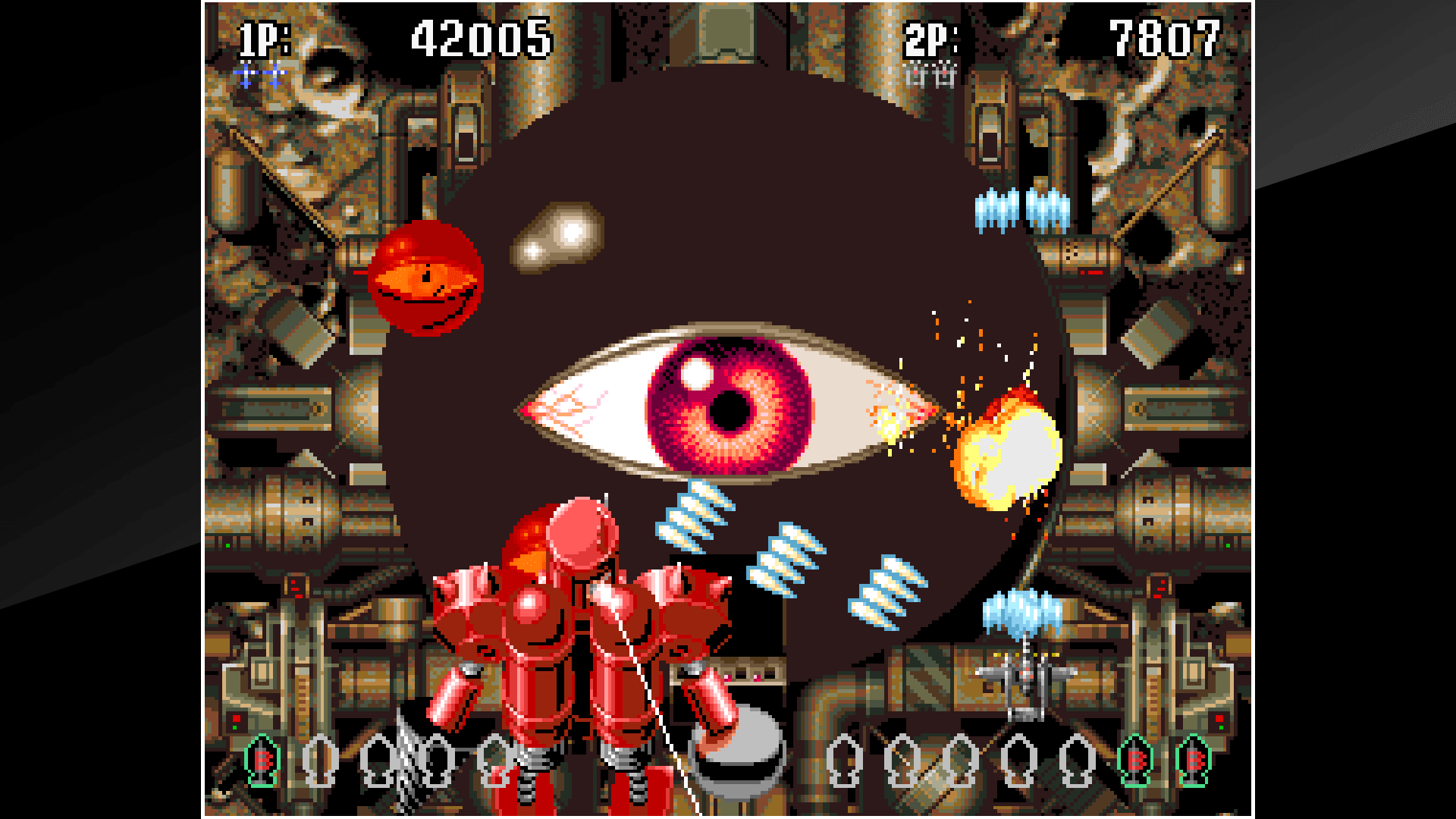 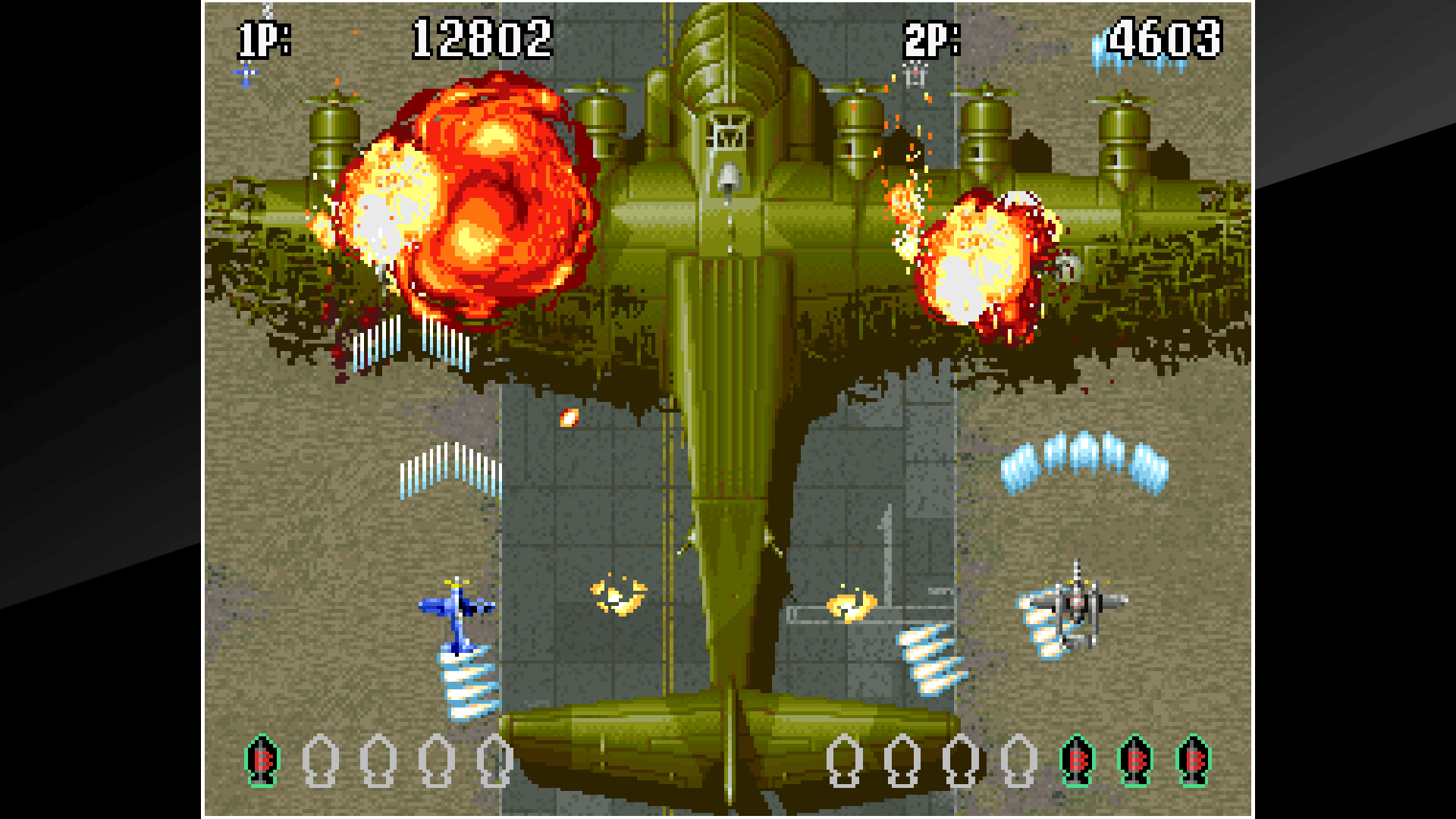 "AERO FIGHTERS 3" is a vertical shoot'em up released by Video System in 1995.
10 teams—consisted of 14 fighters from around the world + 1 + 1—will fly well-known piston engine aircrafts such as the Zero-Fighter for attacks in order to save the world.
Players can enjoy features such as route selections and multiple endings.