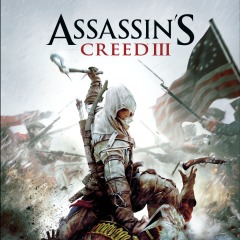 Welcome to Assassin's Creed® III's Tyranny of King Washington: a 3-part DLC series exploring an alternate reality in which George Washington goes mad with unlimited power, foregoing Presidency to rule as tyrannical King. In this alternate world Connor remains Ratonhnhaké:ton. Having never become an Assassin, he must endure new trials, acquiring the skills he'll need to take down a possessed Washington and win freedom for his land once and for all.

Purchase or use of this item is subject to the PlayStation®Network Terms of Service and User Agreement and this item's use restrictions. This item has been sublicensed to you by Sony Computer Entertainment America.