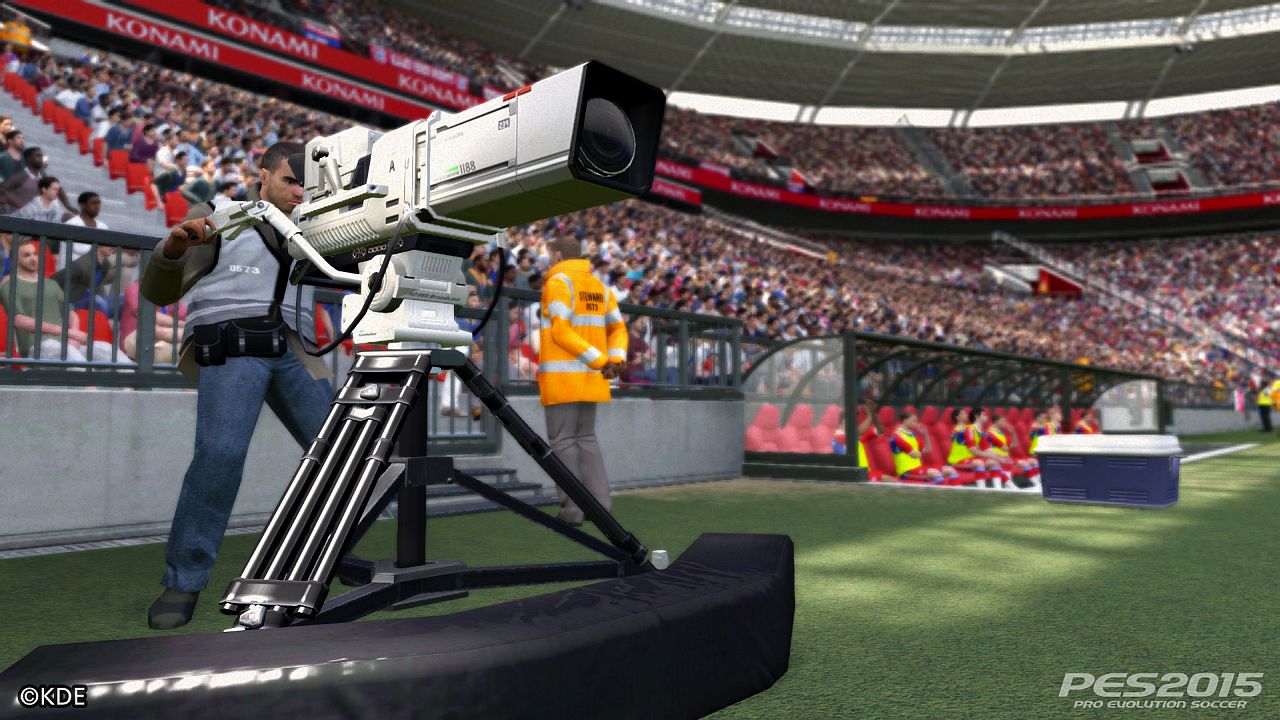 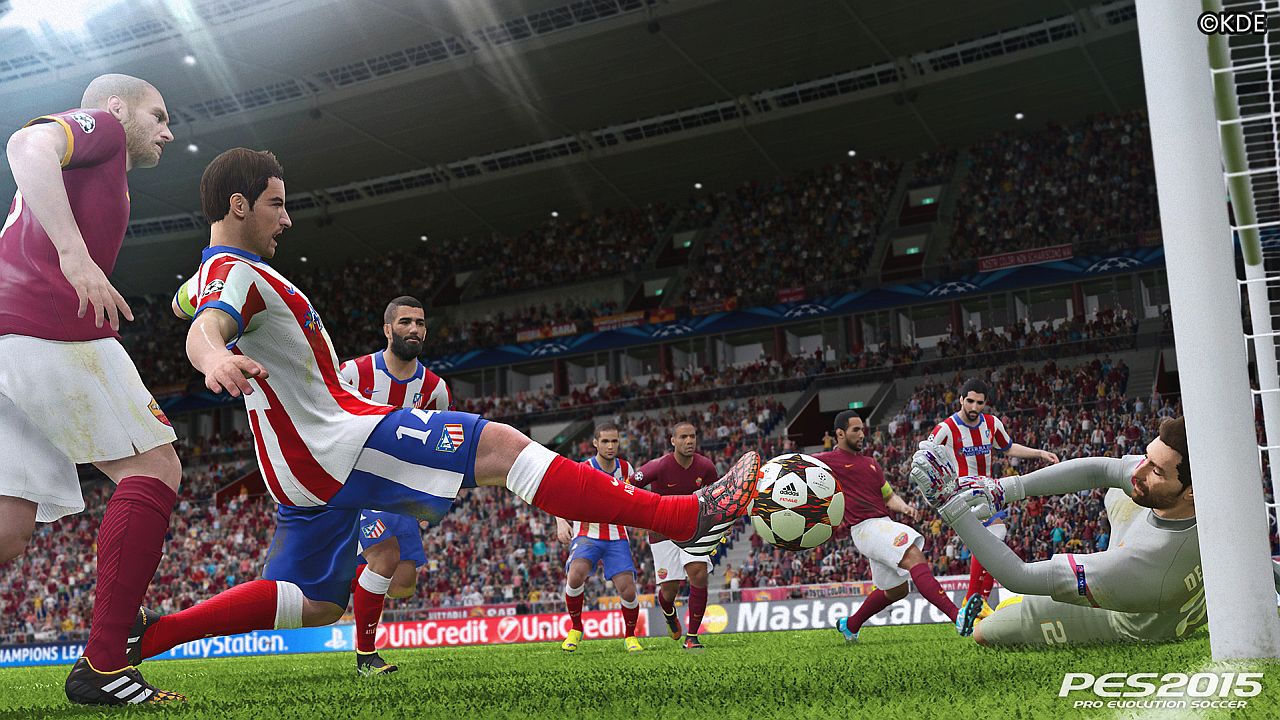 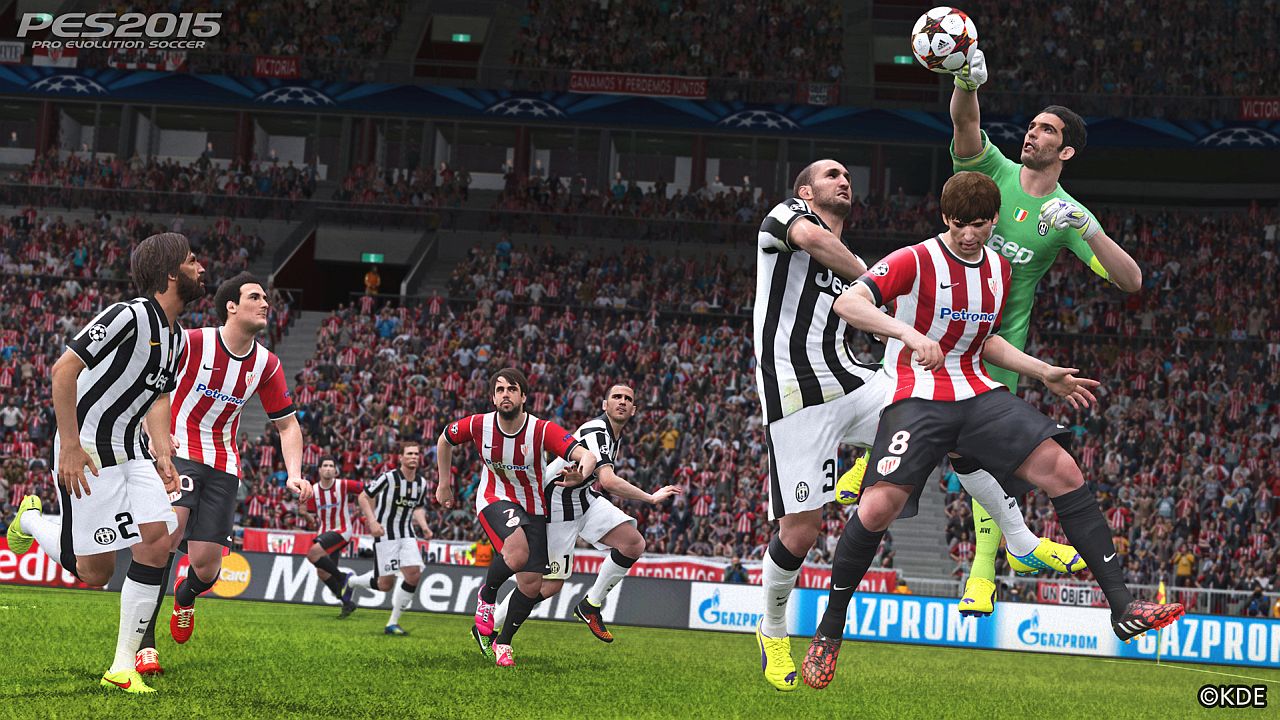 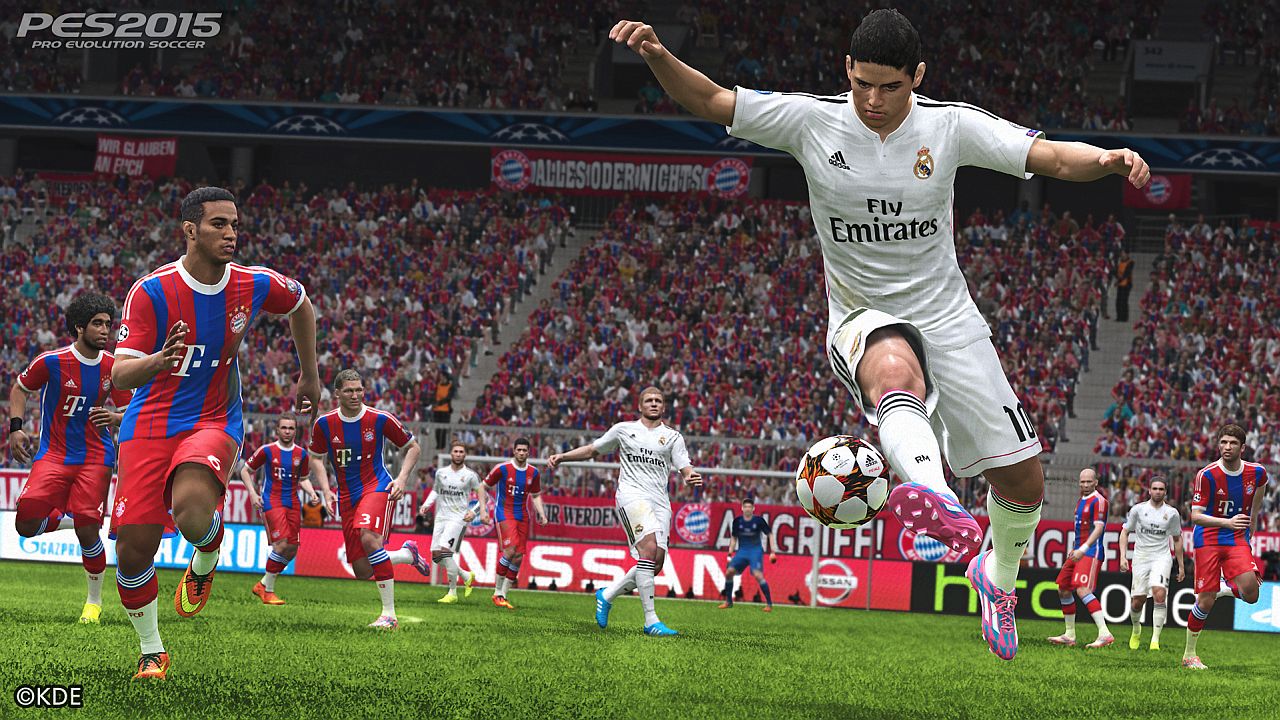 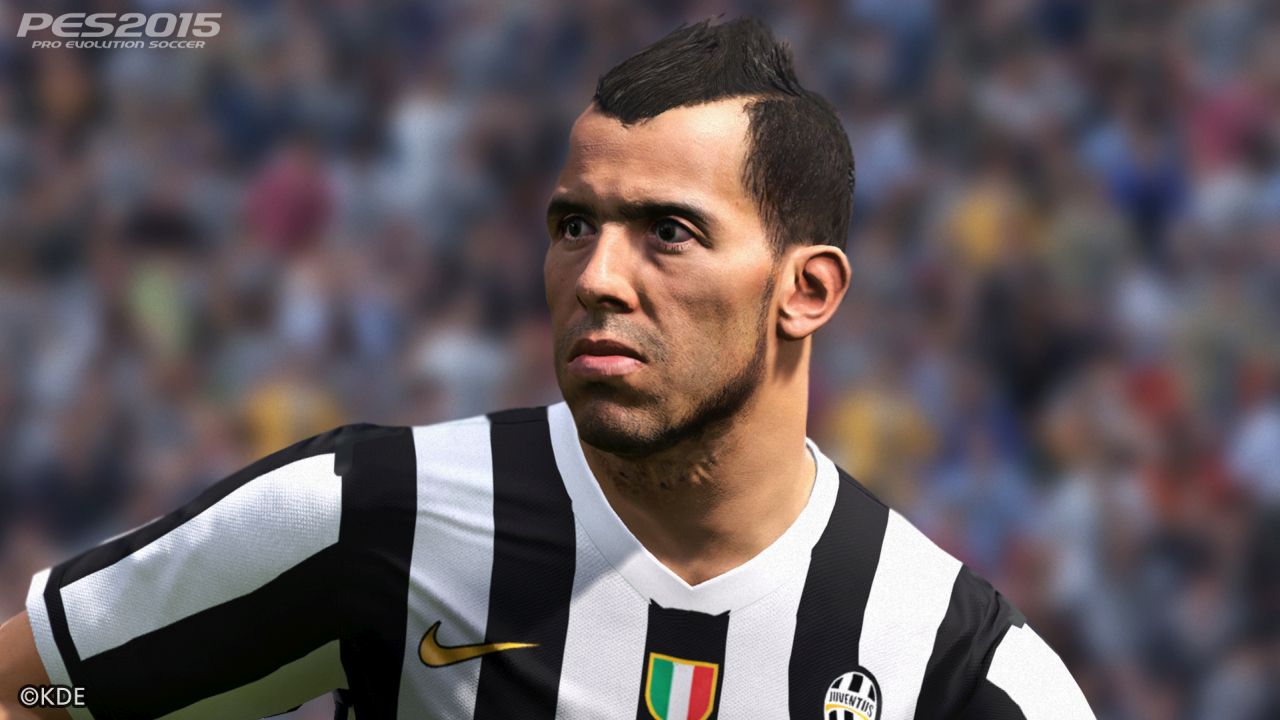 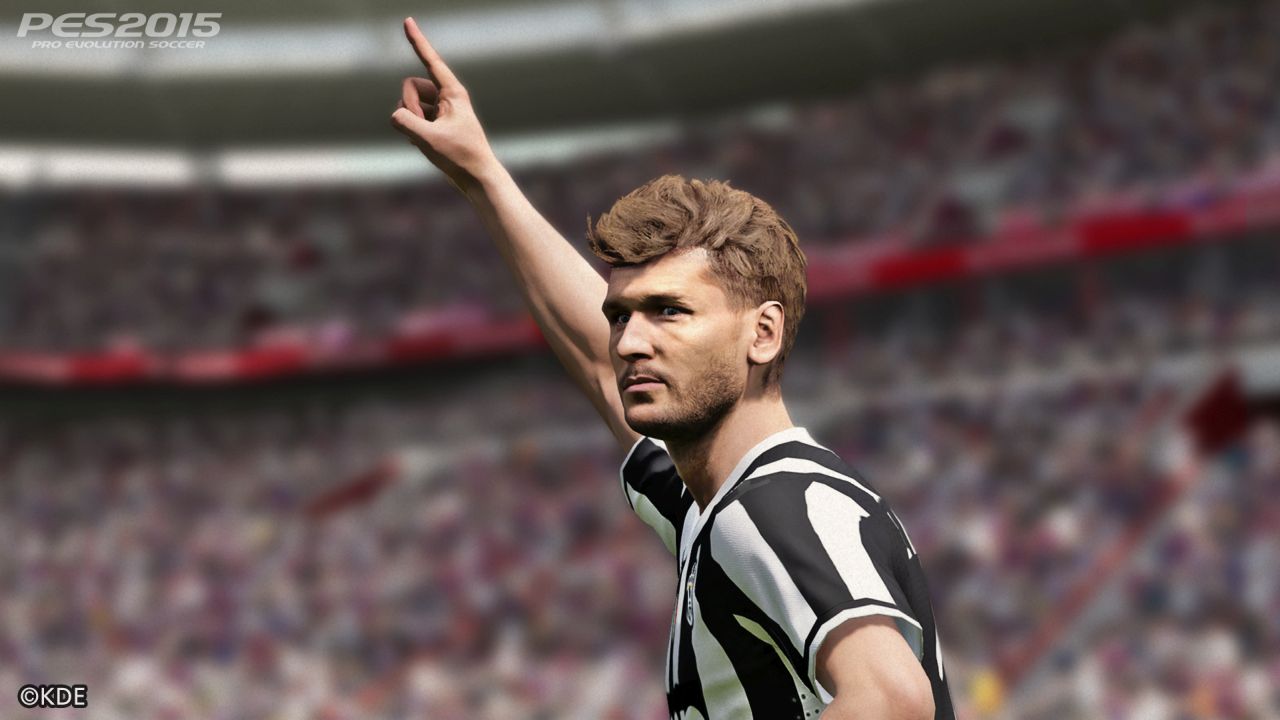 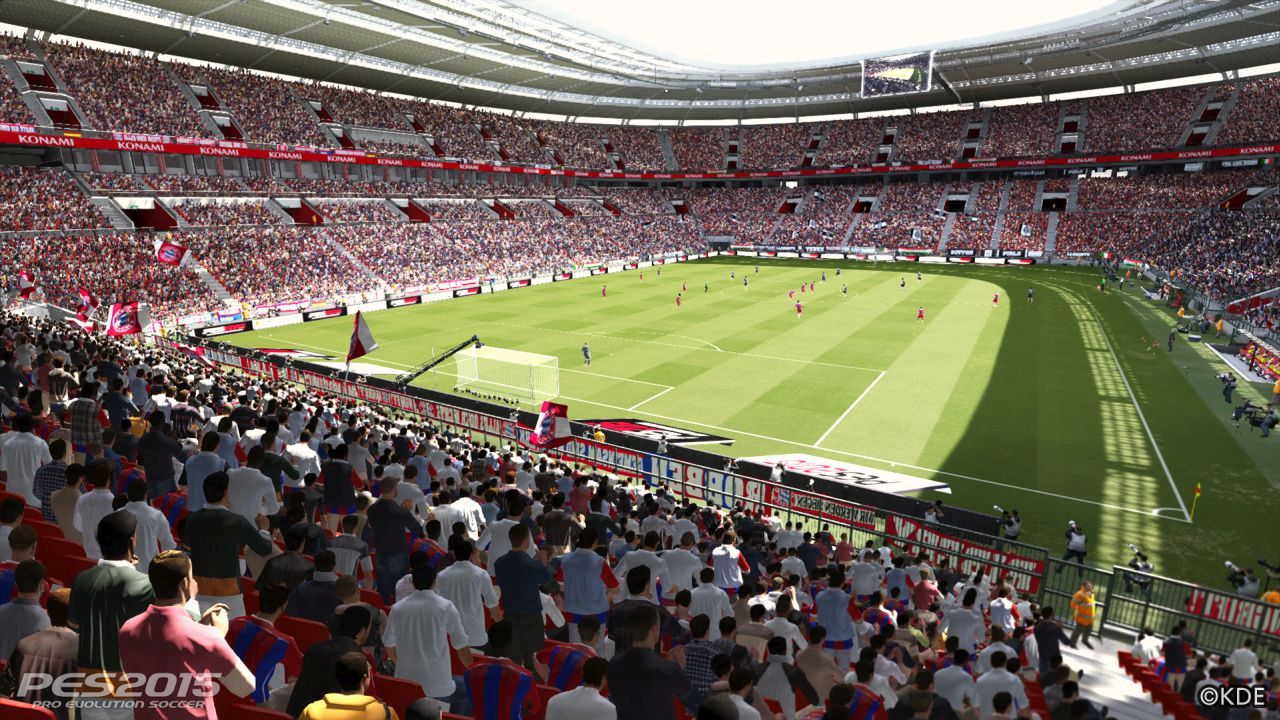 KONAMI returns to the football field with PES 2015 with a return to core PES values.

Thanks to the incredible FOX Engine, PES 2015 delivers stunning visuals and animation where the world’s greatest players move and play just their real-life counterparts, while PES ID ensures that the whole team matches their famed playing style. Every gameplay element has been retooled for a more responsive experience, while new shooting and goalkeeper systems ensure the heart-in-mouth feeling that comes with a top-level game is faithfully recreated. Close control, tackling, and the balance of play also perfectly reflect that of real football. Similarly, players can now use the new myClub system to develop an all-conquering side, building from humble beginnings to create a world-class XI.

With all-new multi-player modes, real-life managers pacing the touchlines and new live data, PES 2015 does its talking on the pitch.

Software subject to license (us.playstation.com/softwarelicense).  Online activity subject to Terms of Services and User Agreement (www.sonyenteretainmentnetwork.com/terms-of-service). One time license fee entitles play on up to 2 PlayStation® 3 systems activated by this account.

Official Licensed Product of UEFA CHAMPIONS LEAGUE™. Official Licensed Product of UEFA EUROPA LEAGUE™. All names, logos and trophies of UEFA are the property, registered trademarks and/or logos of UEFA and are used herein with the permission of UEFA. No reproduction is allowed without the prior written approval of UEFA. adidas, the 3-Bars logo, the 3-Stripe trade mark, adipure, Predator, Climacool, Nitrocharge and adizero are registered trademarks of the adidas Group, used with permission. F50 and 11pro are trademarks of the adidas Group, used with permission. The use of images and names of the football players in this game is under license from FIFPro Commercial Enterprises BV. © 2014, DFB Officially licensed by FIGC. Licensed by OLIVEDESPORTOS (Official Agent of the FPF). Producto Oficial Licenciado RFEF. Liga BBVA 14/15 Product under Official Licence from the LFP www.lfp.es Images and names of Liga BBVA football players under LFP license. All other copyrights or trademarks are the property of their respective owners and are used under license. ©2014 Konami Digital Entertainment.