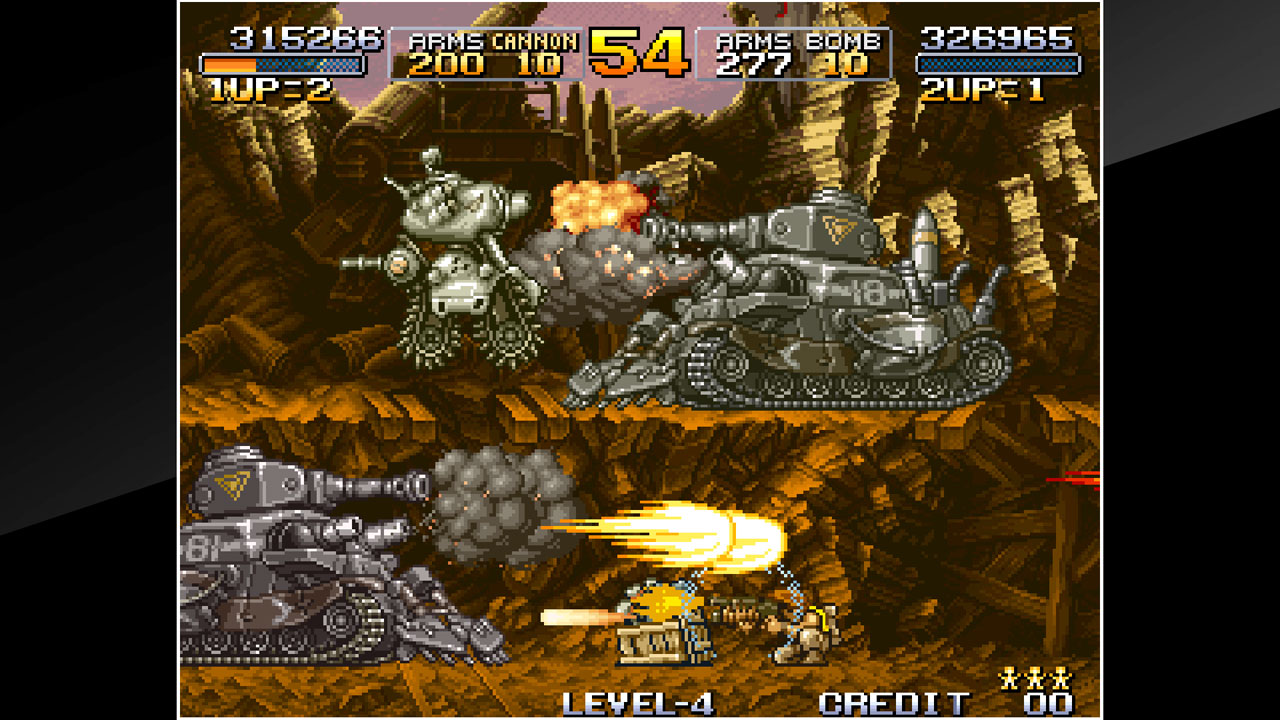 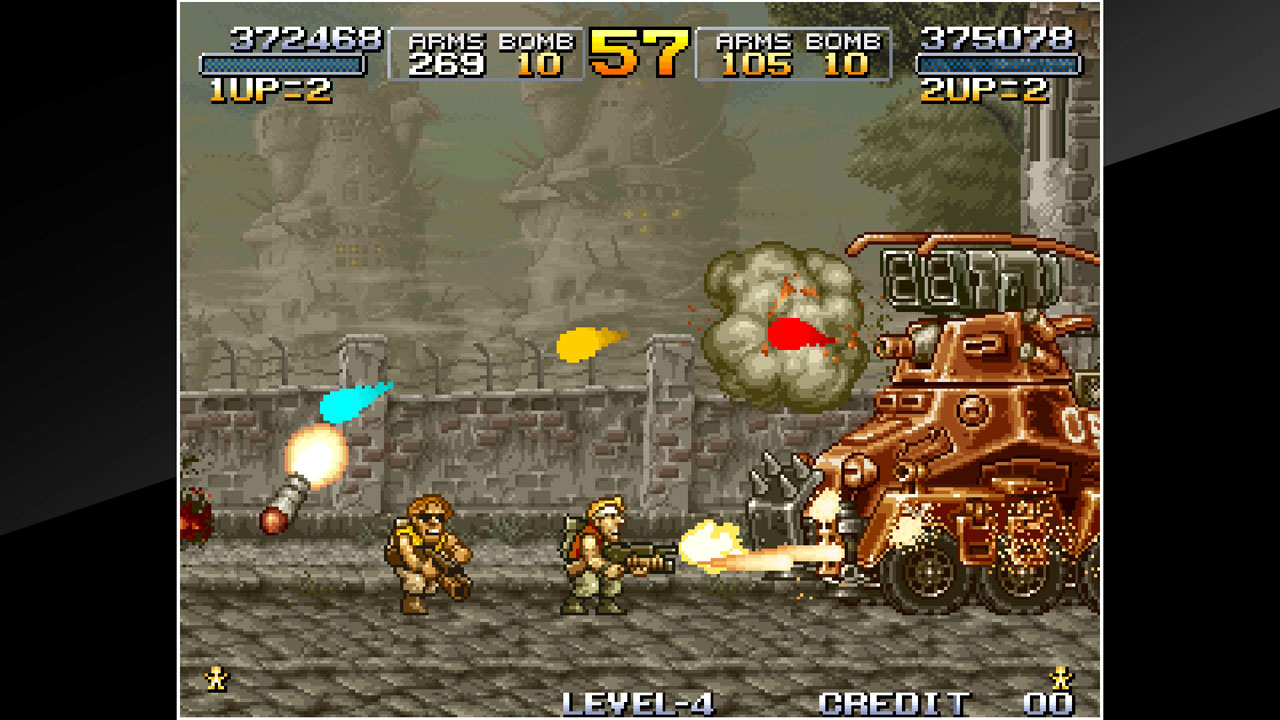 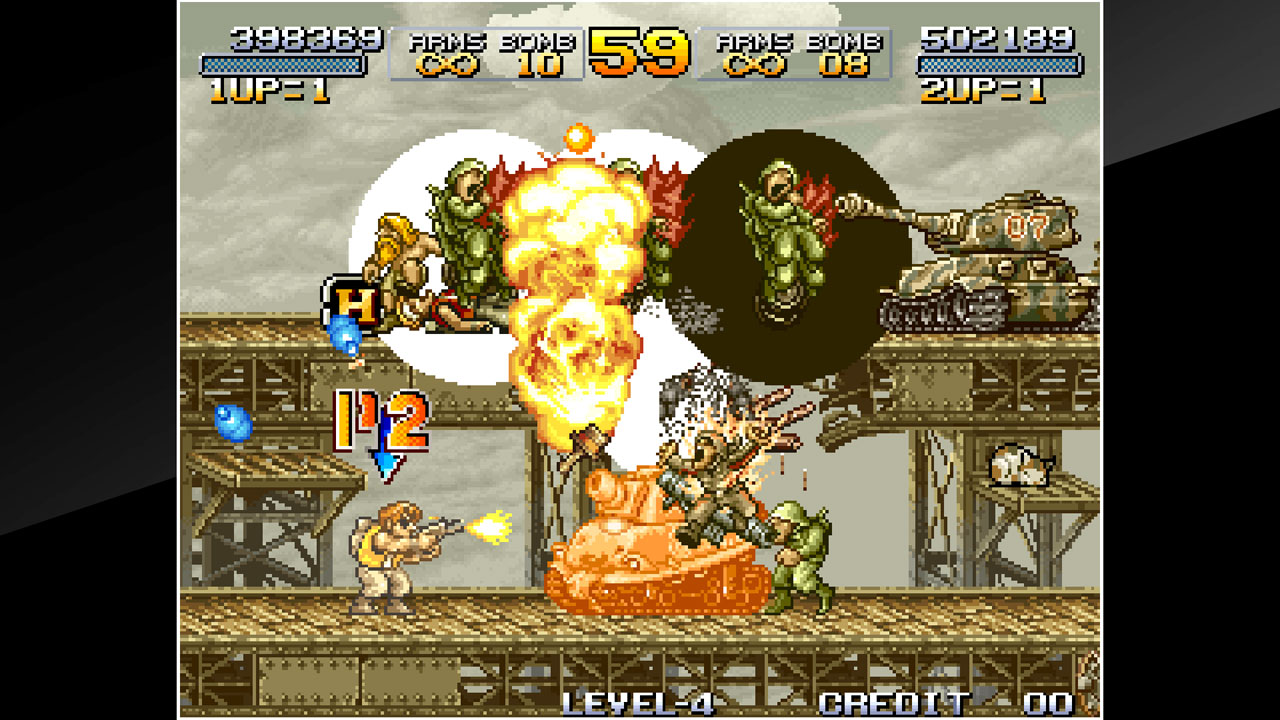 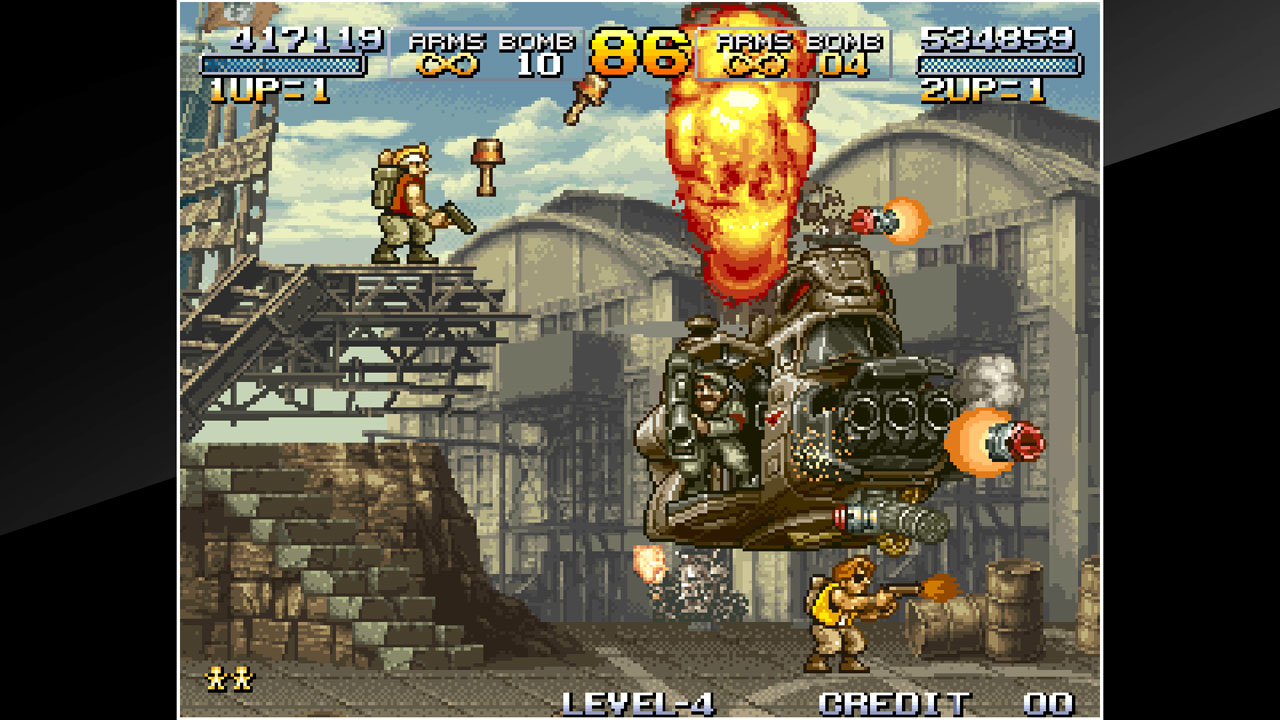 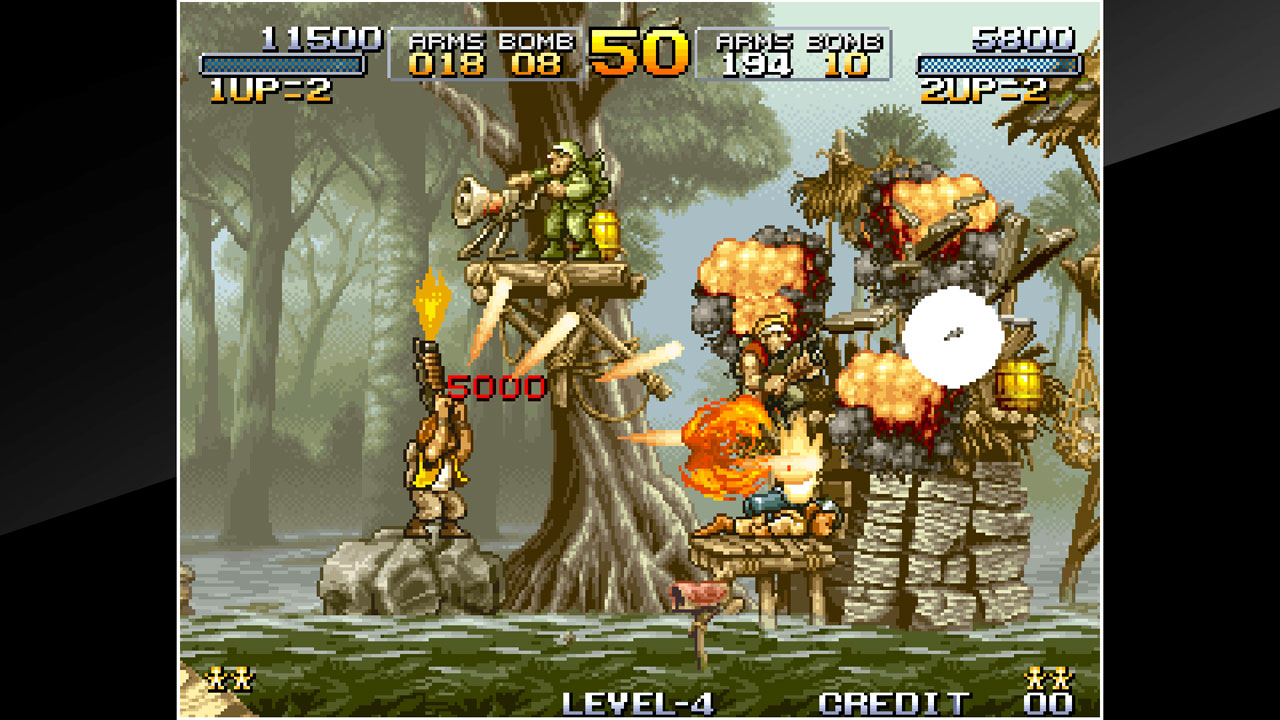 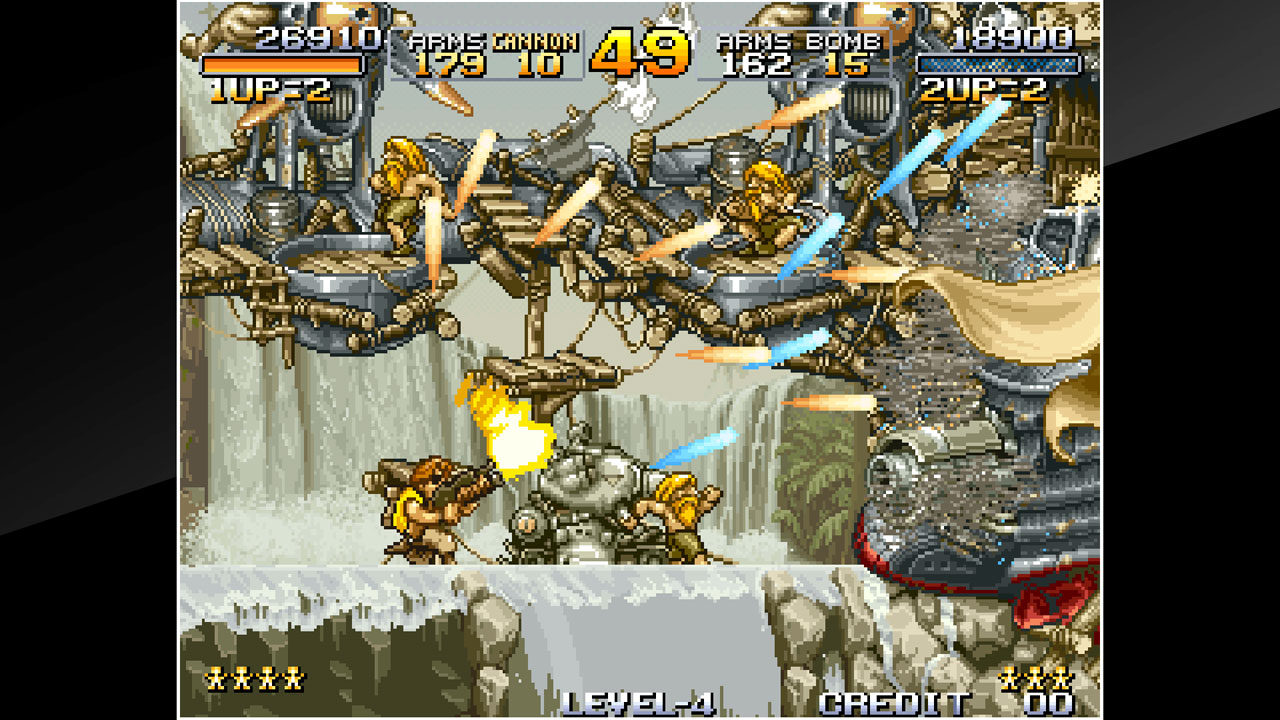 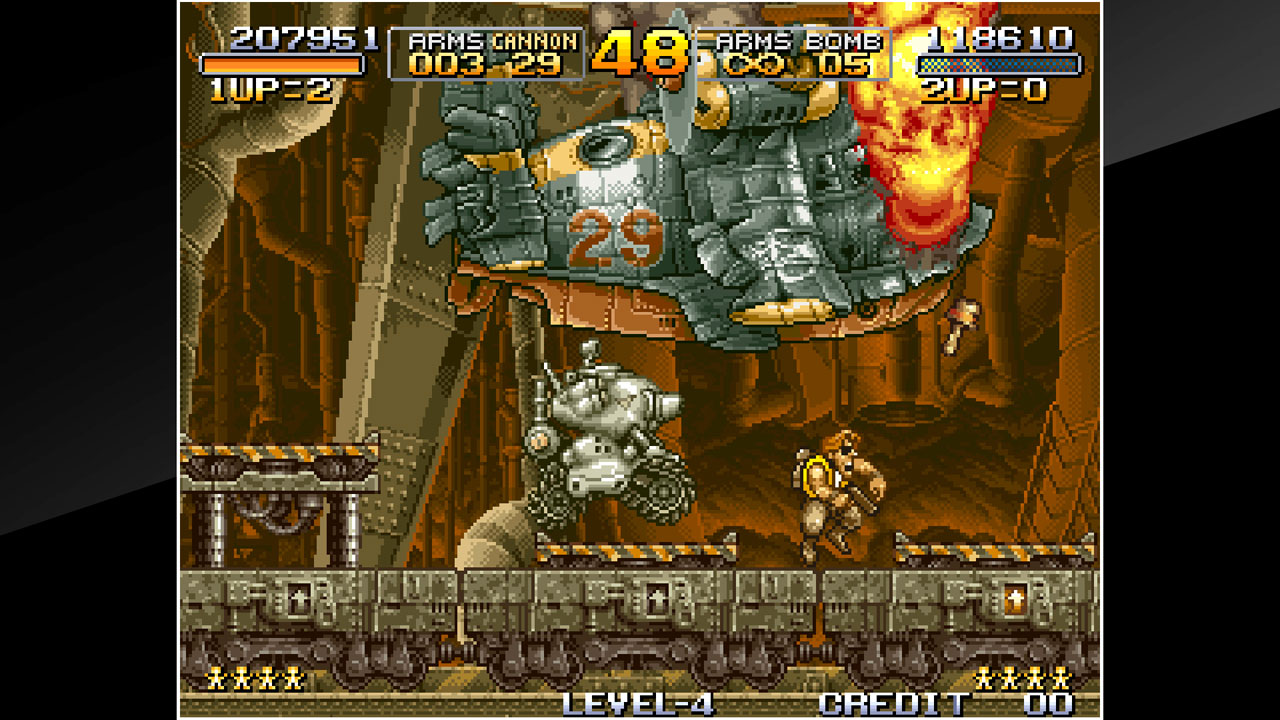 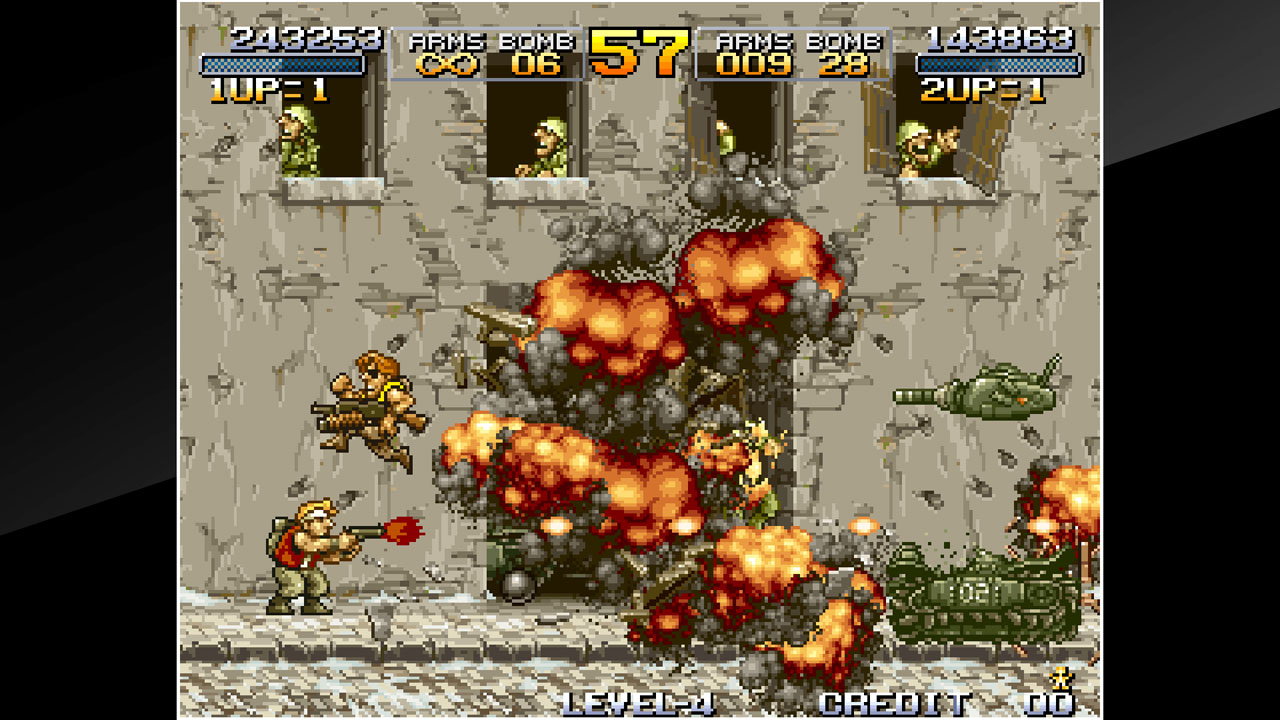 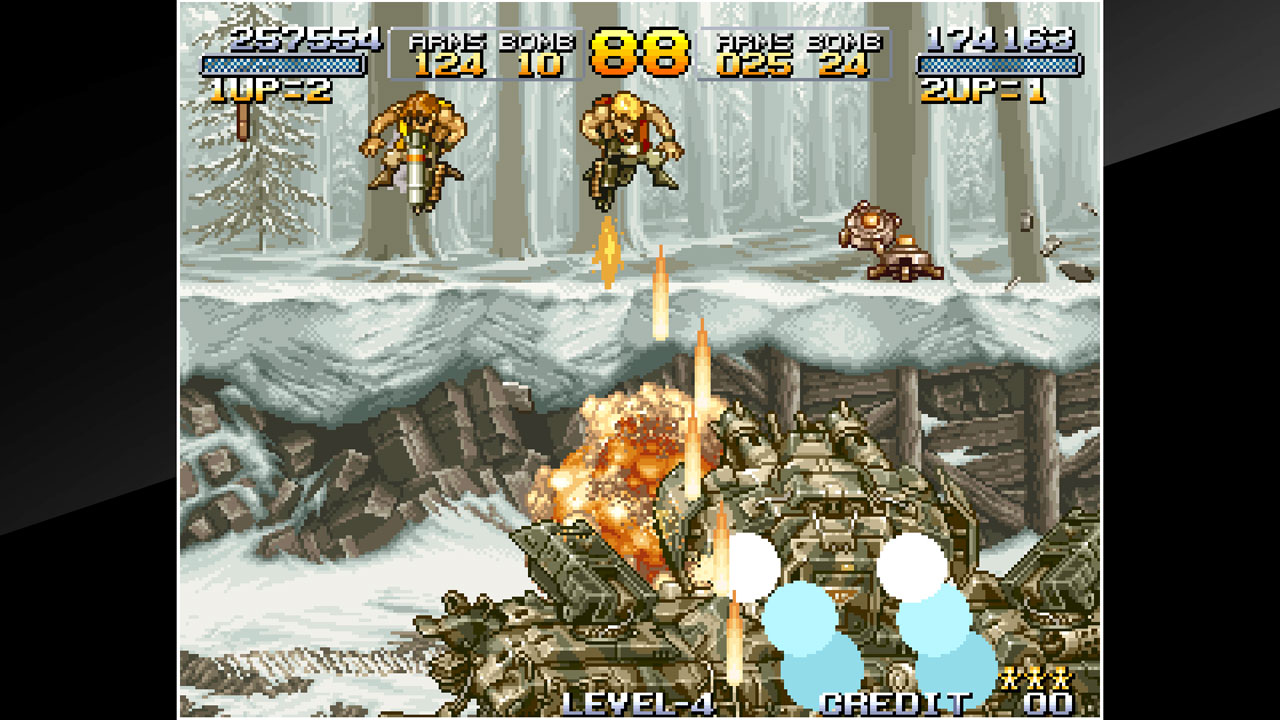 'METAL SLUG' is the original entry in one of the most famous action game series ever released. It was originally released by SNK in 1996.
Players control Marco and Tarma who belong to the Special Forces team known as the 'Peregrine Falcon Squad.' They fight to defeat General Donald Morden, in an effort to take back their stolen weapon known as the 'METAL SLUG'. Players can utilize various weapons and vehicles such as the METAL SLUG to sway the fight in their favor.

The 'ACA NEOGEO' series has faithfully reproduced many classic NEOGEO masterpieces on the PS4® system that also take advantage of the additional features the PS4® system offers.
Players can share play screens and video with the SHARE feature, and can also compete against each other from all over the world with their high scores.
Please enjoy the masterpiece that built a generation for video games.