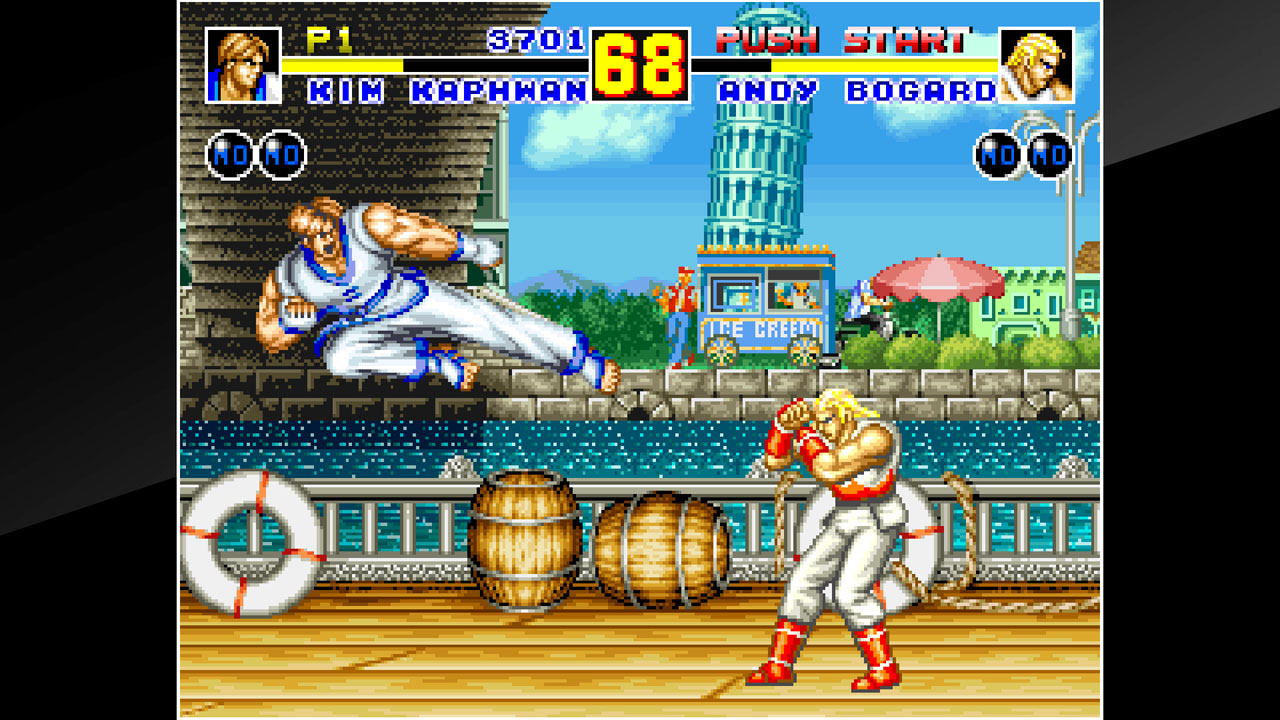 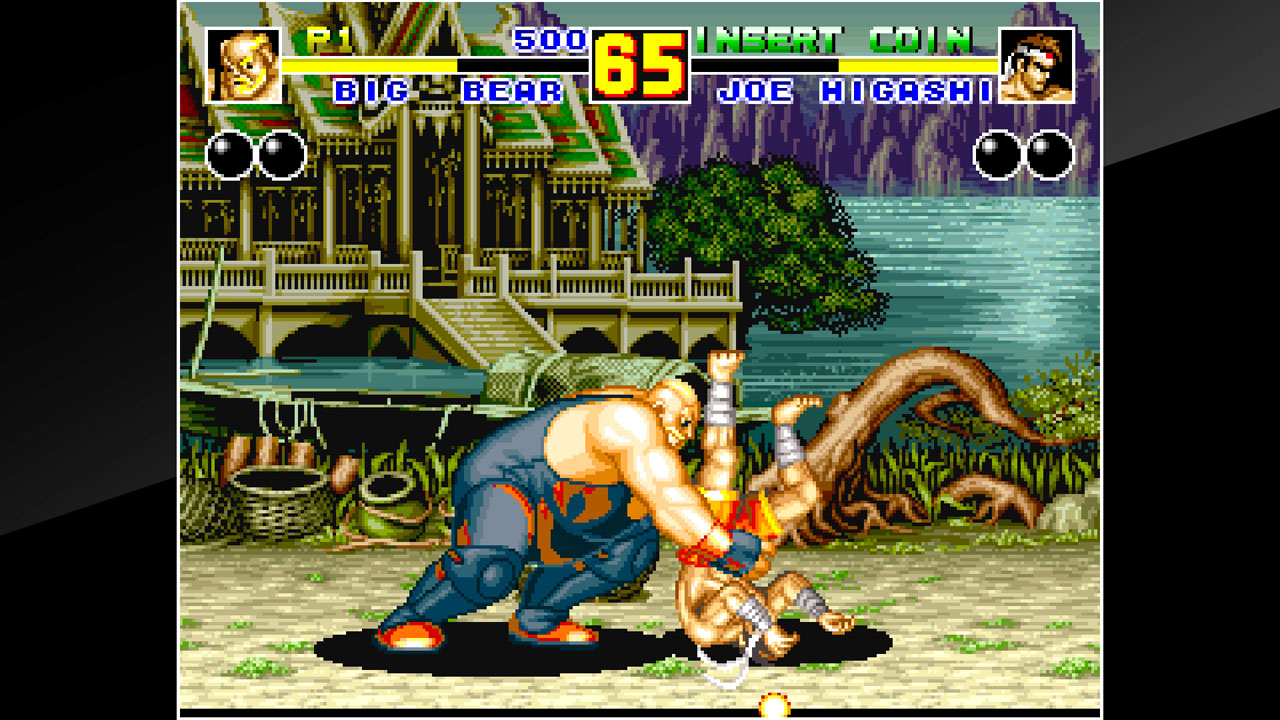 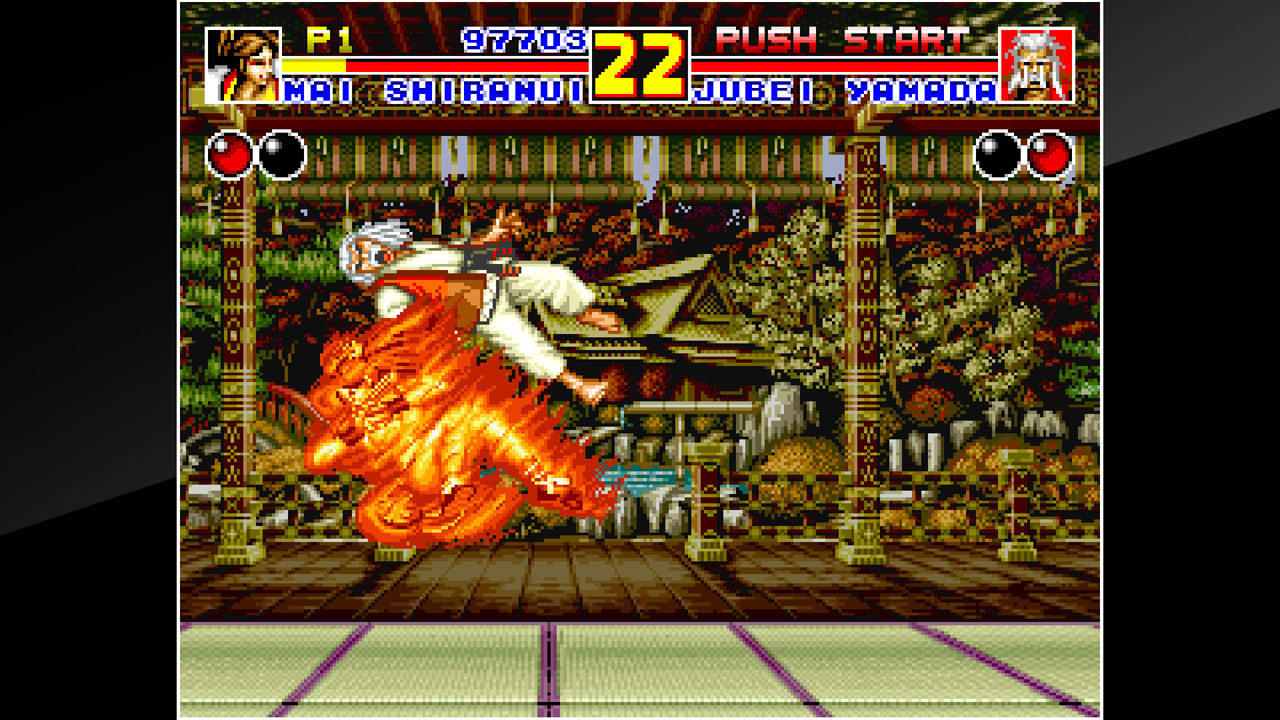 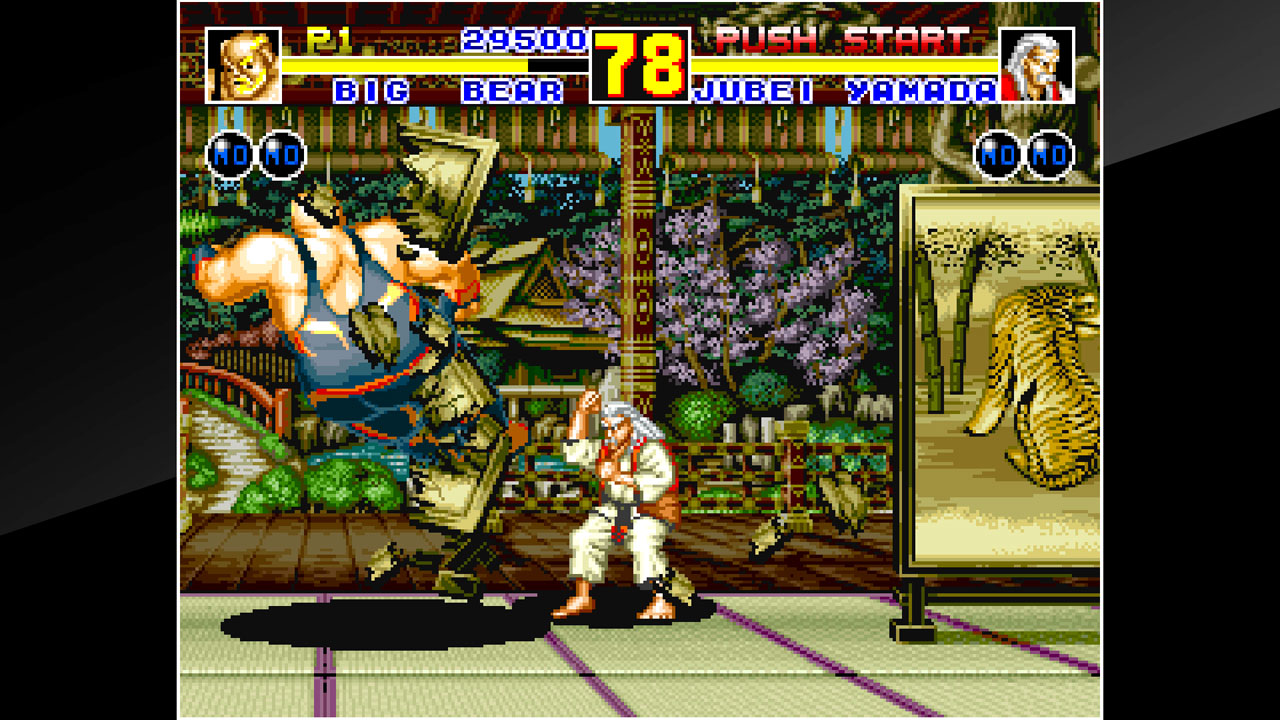 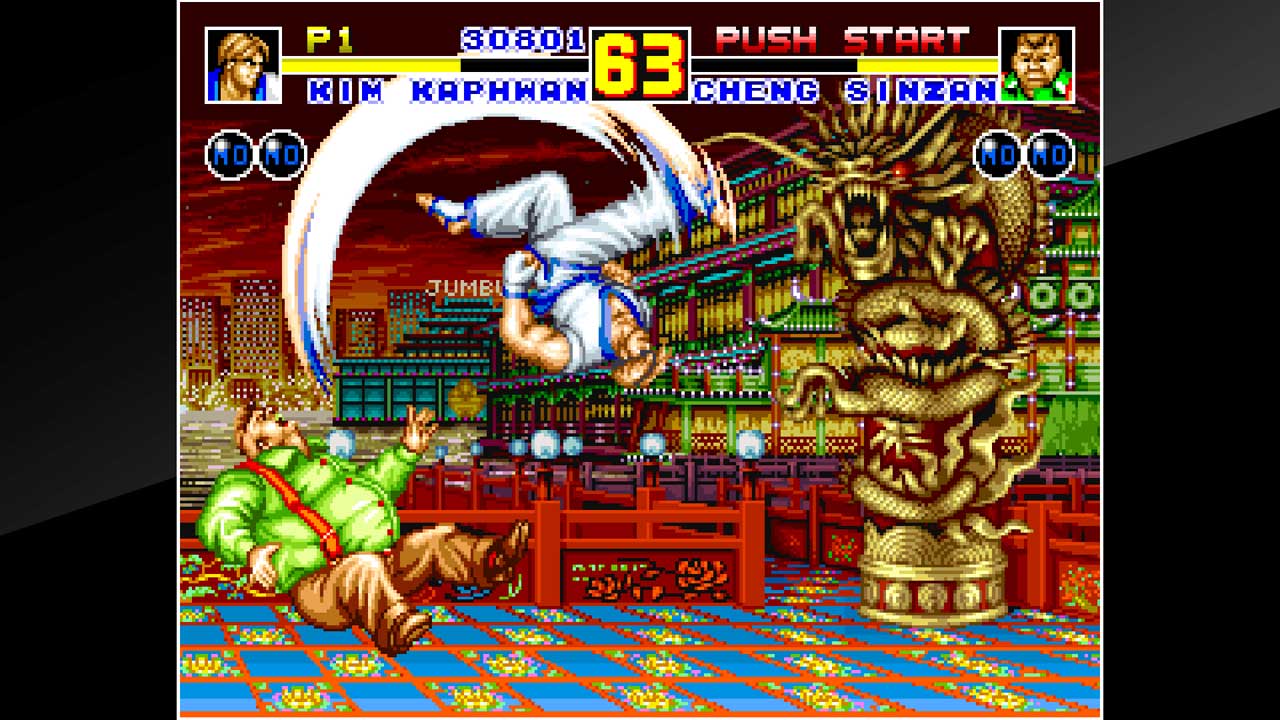 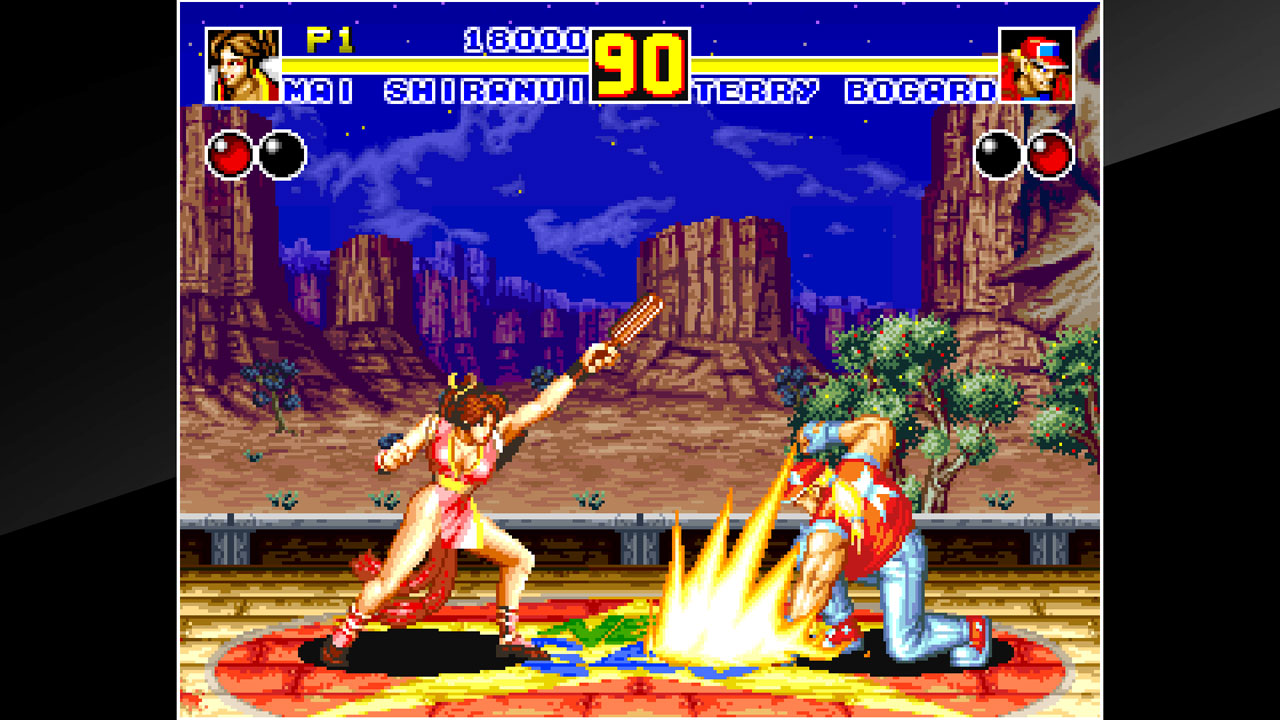 'FATAL FURY 2' is a fighting game released by SNK in 1992.
Terry, Andy, Joe return from the previous installment along withfive new fighters in order to decide whi is the strongest one.
In addition to Desperation Moves which can change the outcome of the battle, the two-lane plane mechanic is back stronger than ever, allowing players to fight each other in stage backgrounds.