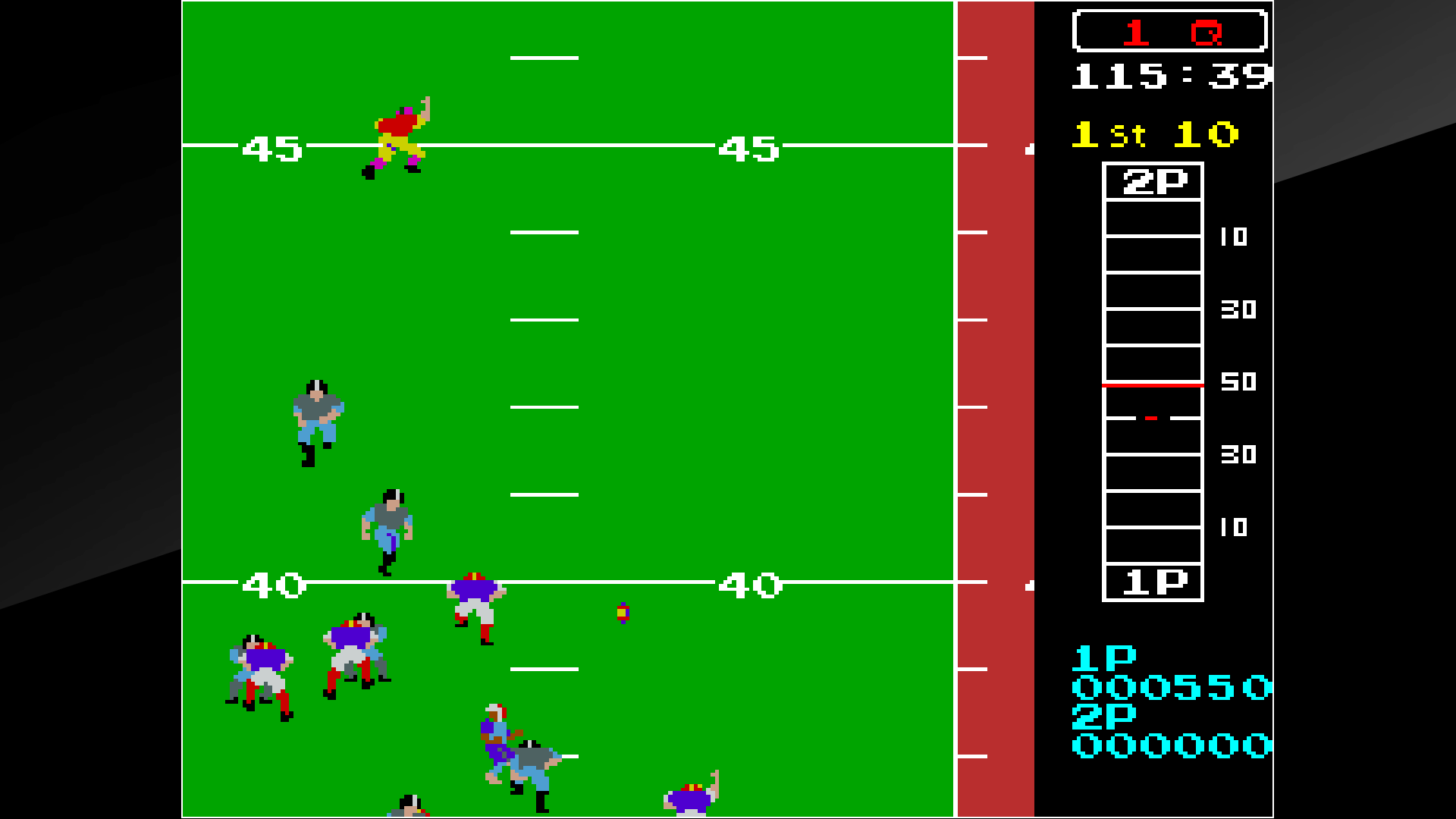 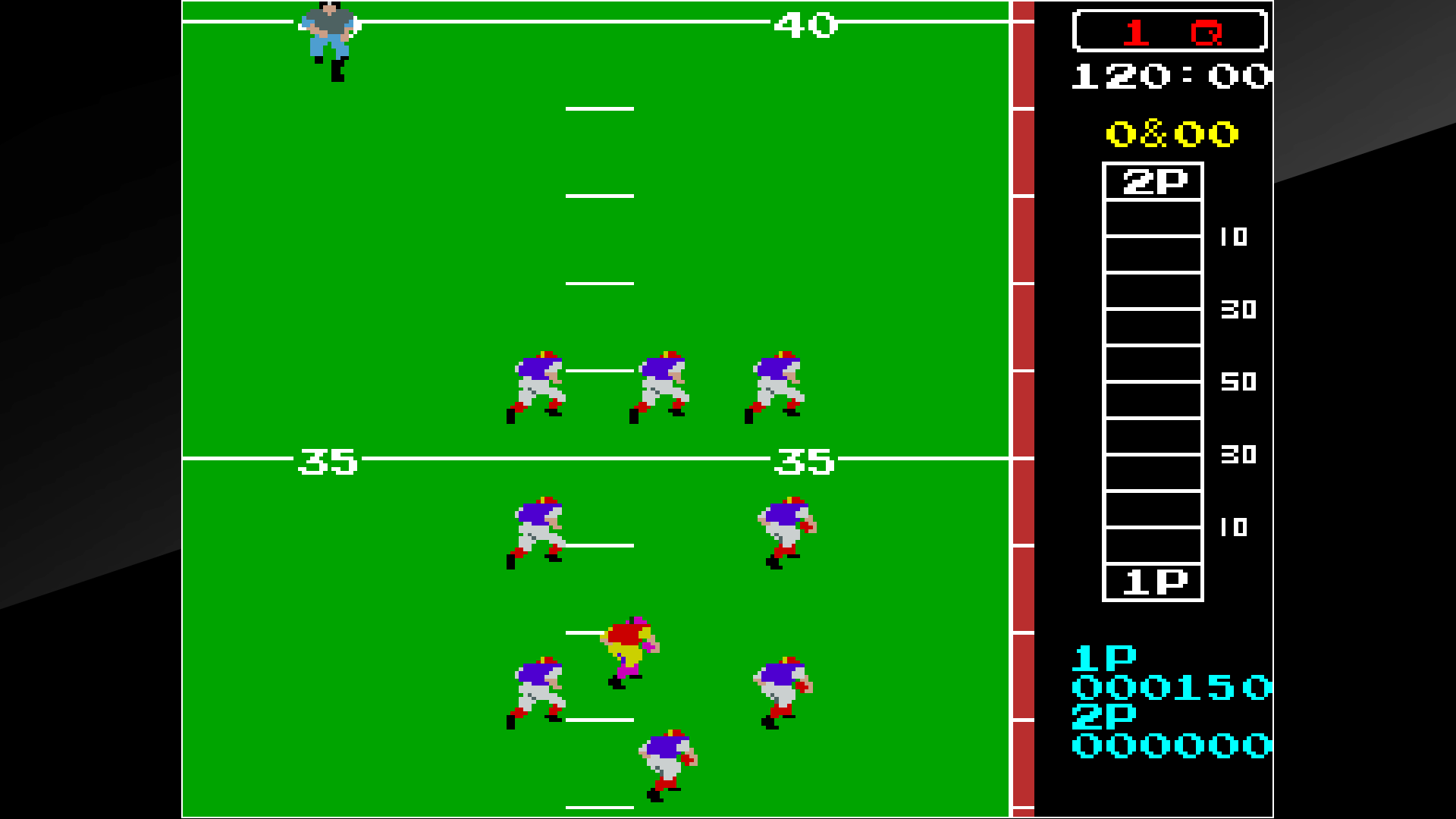 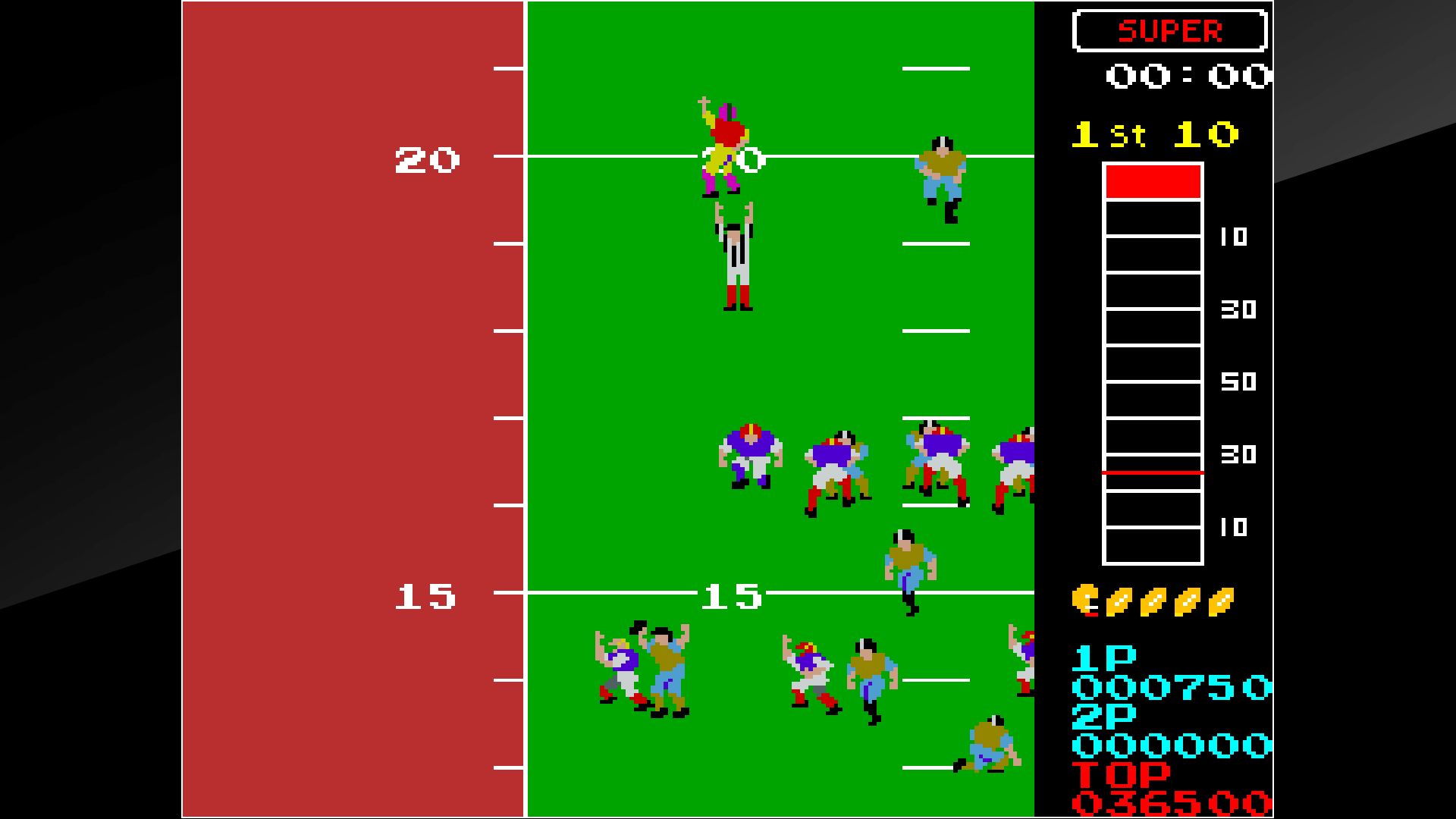 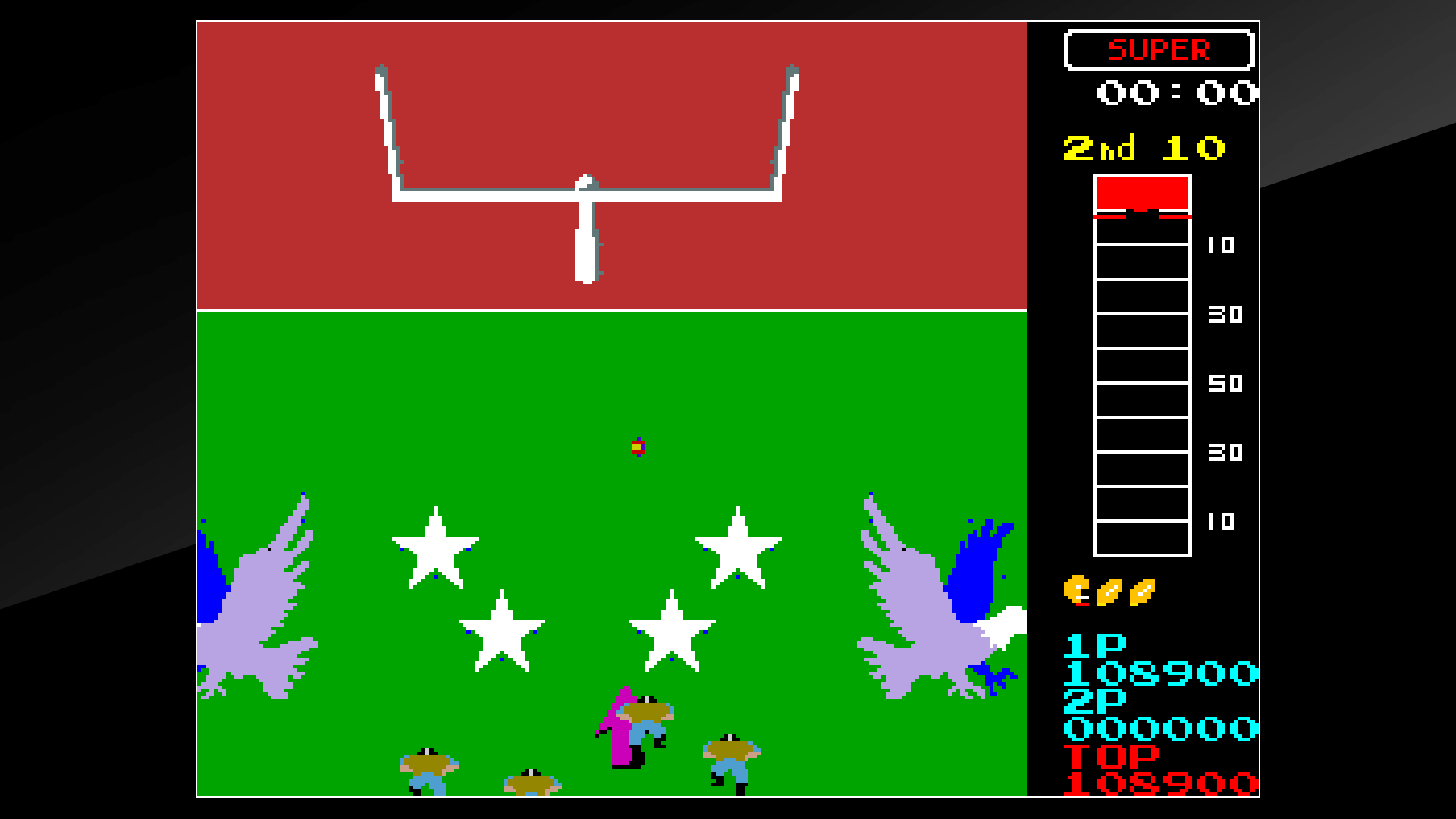 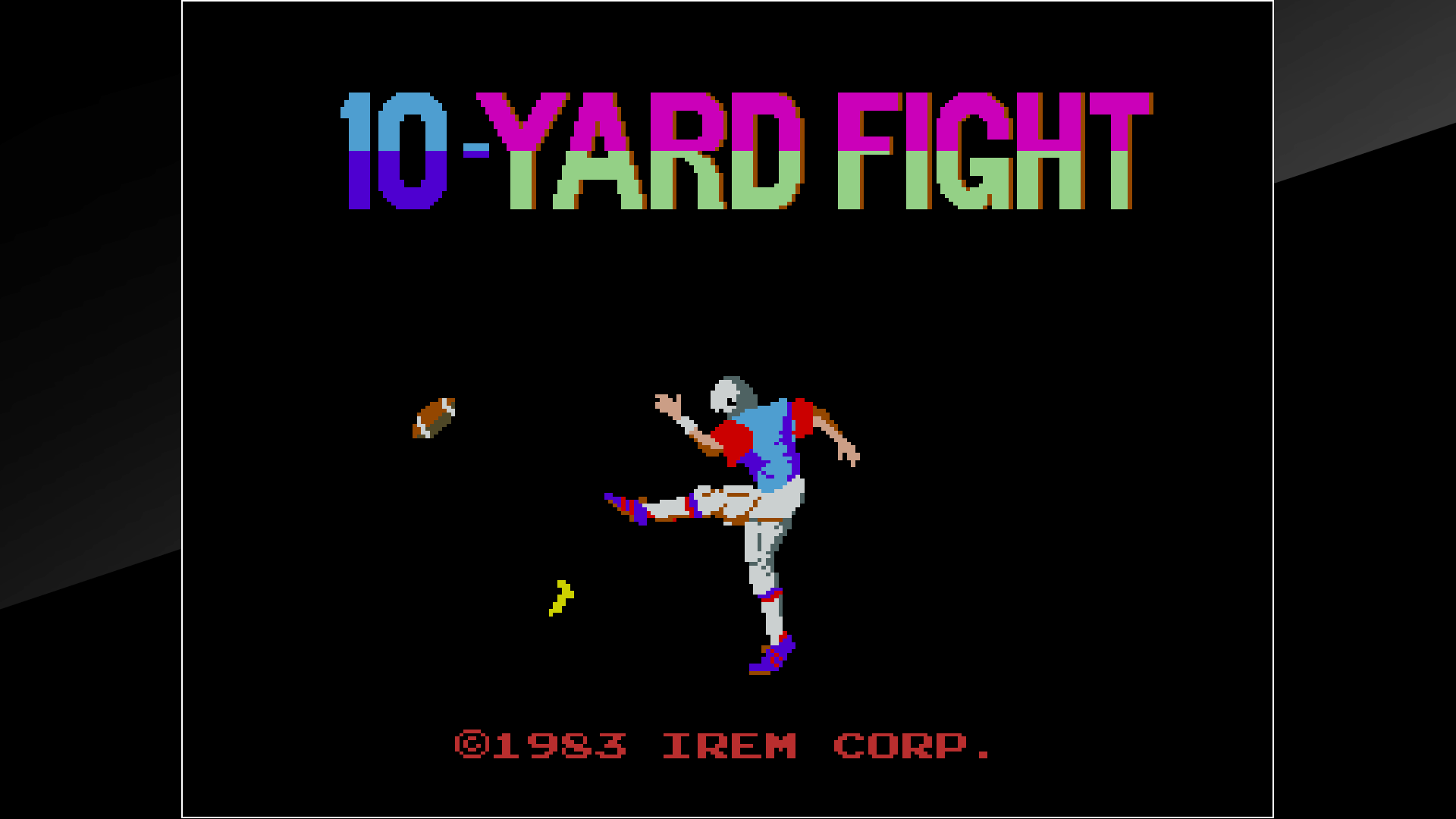 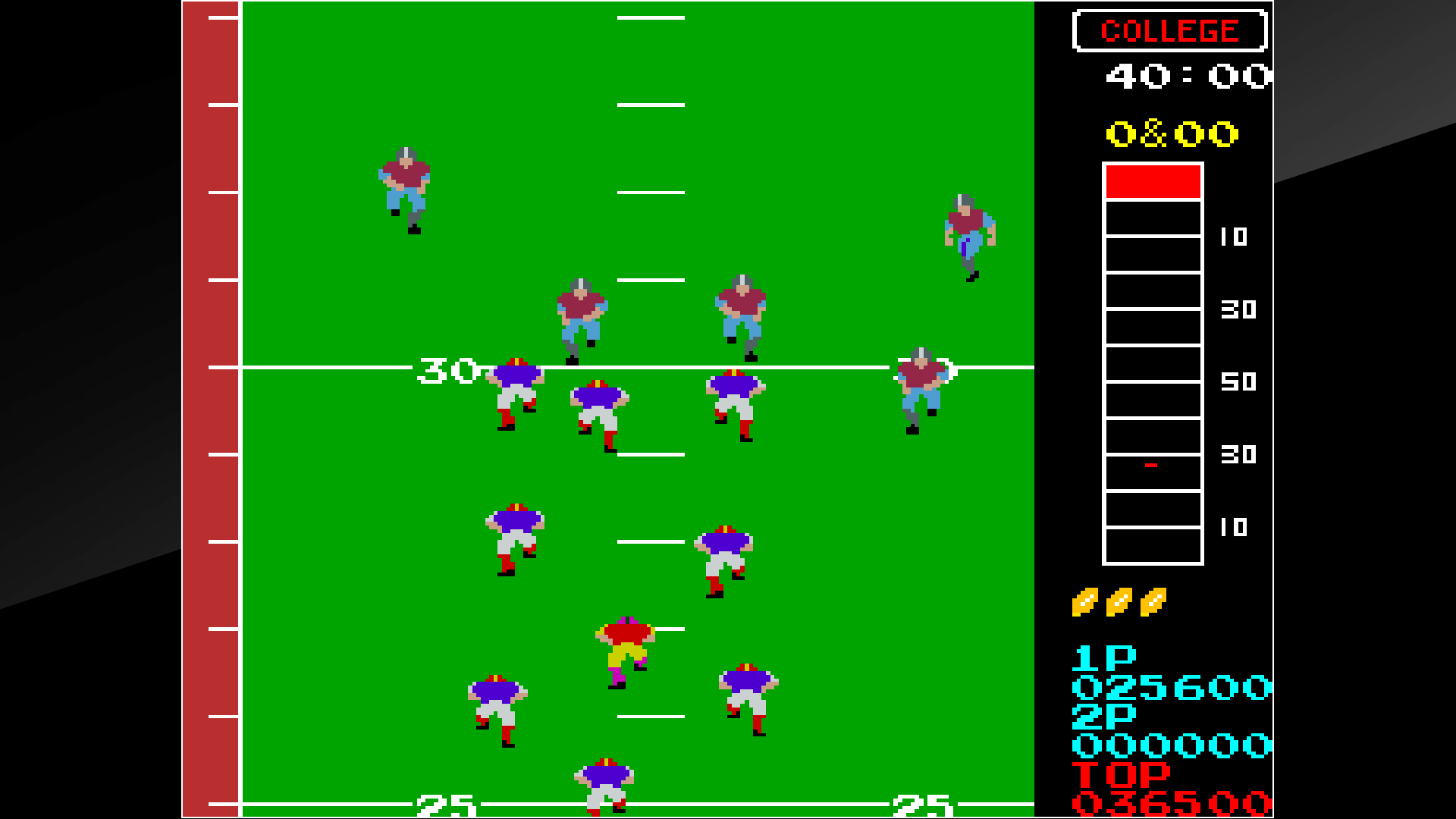 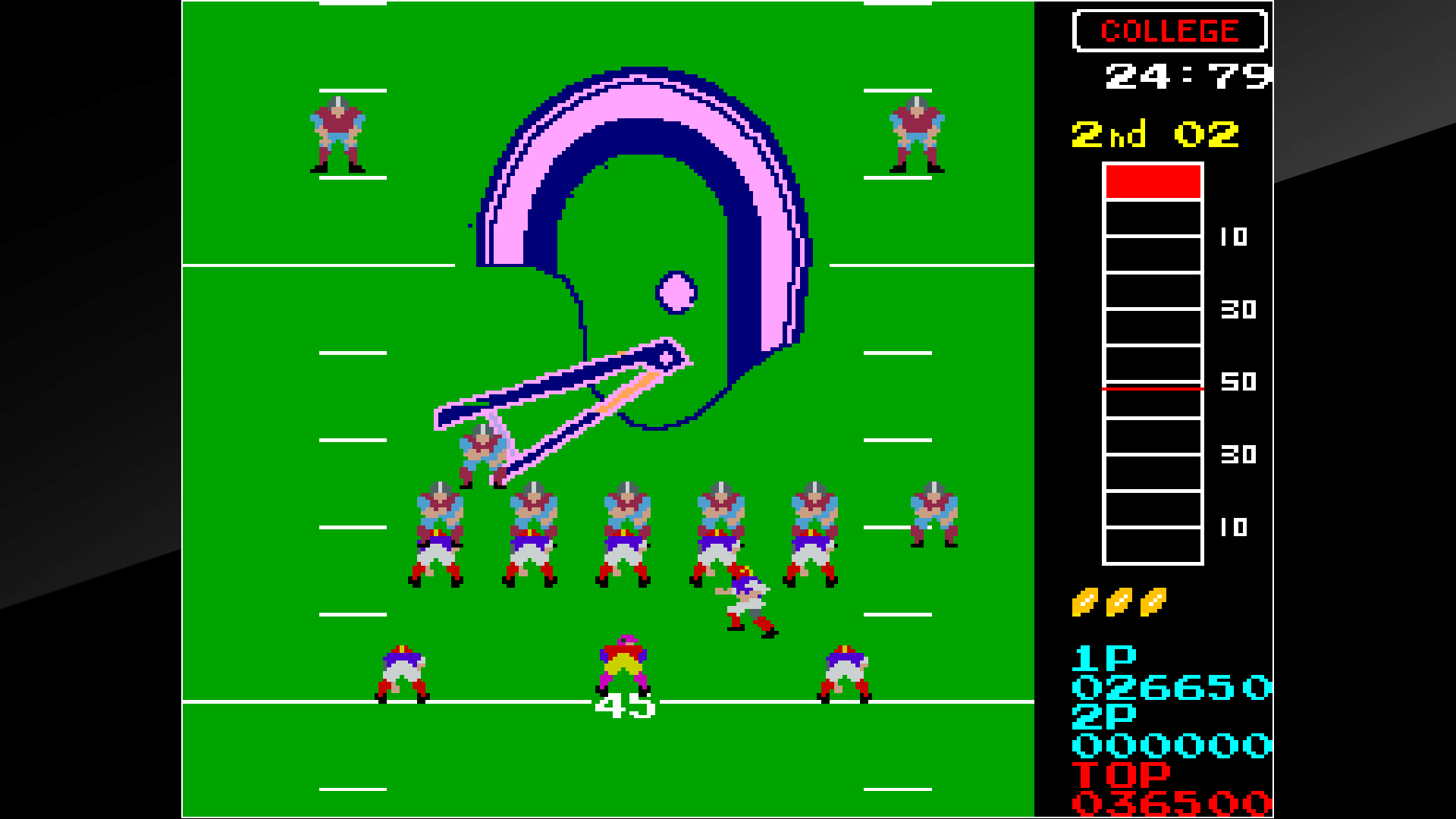 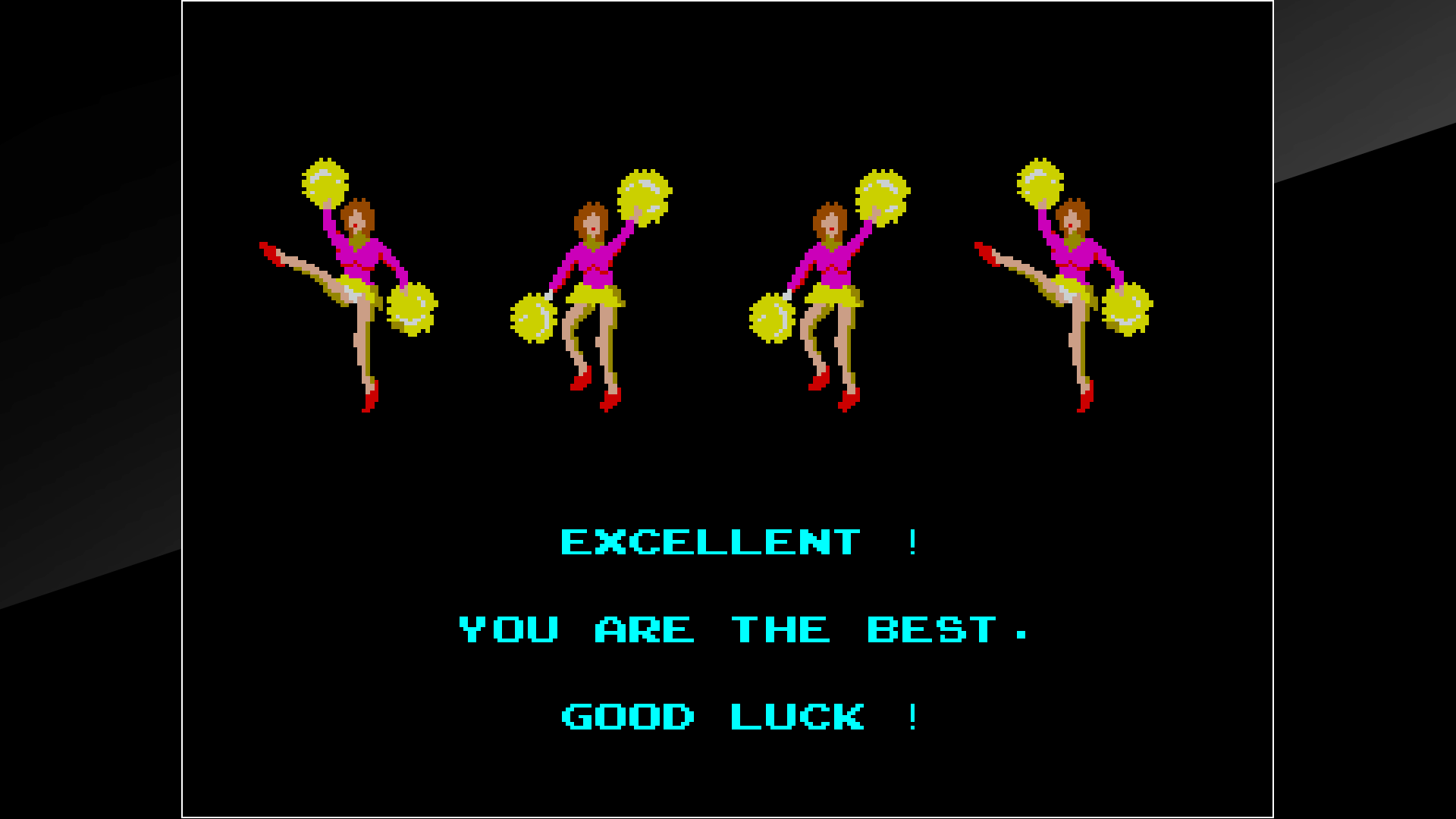 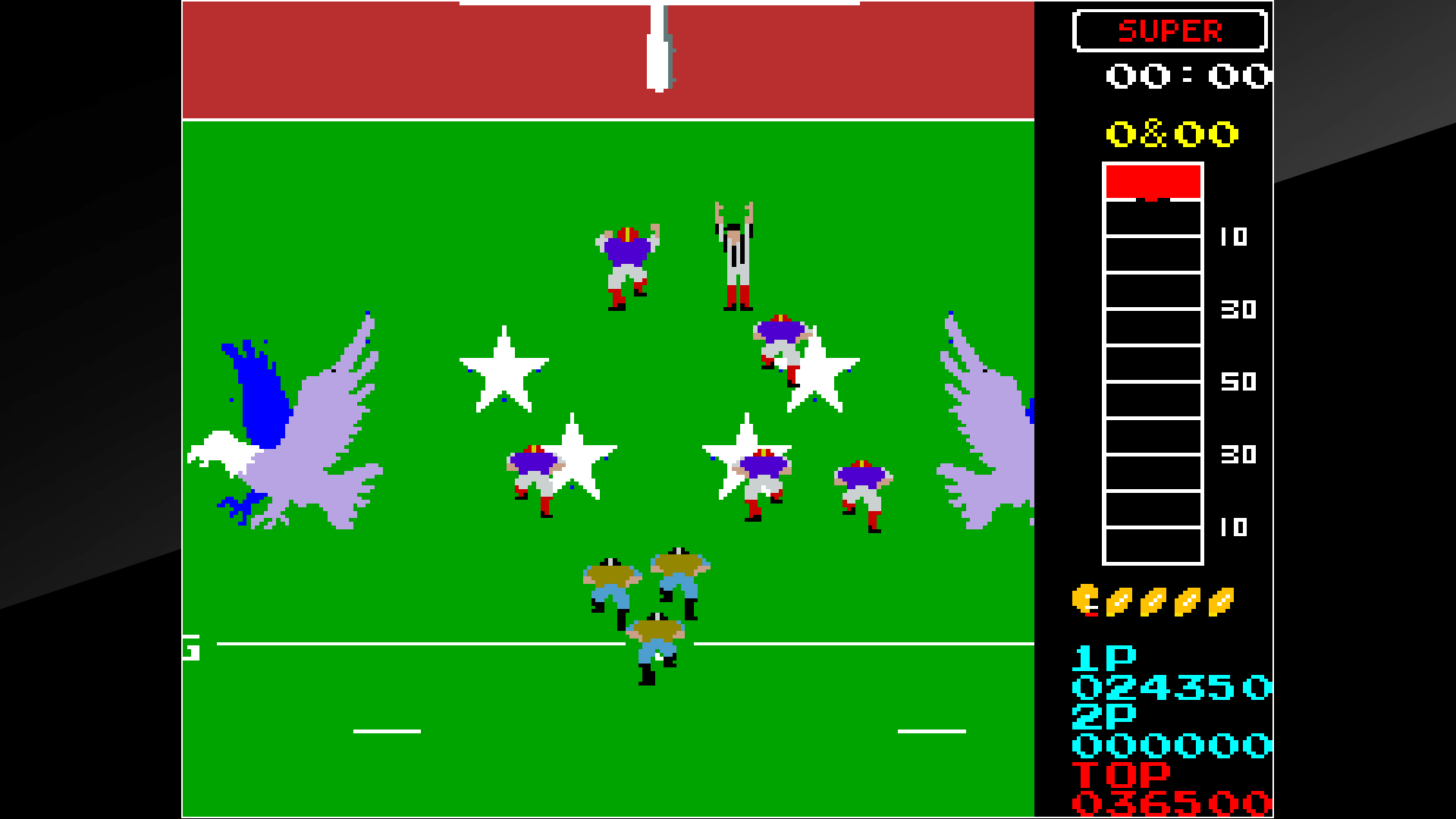 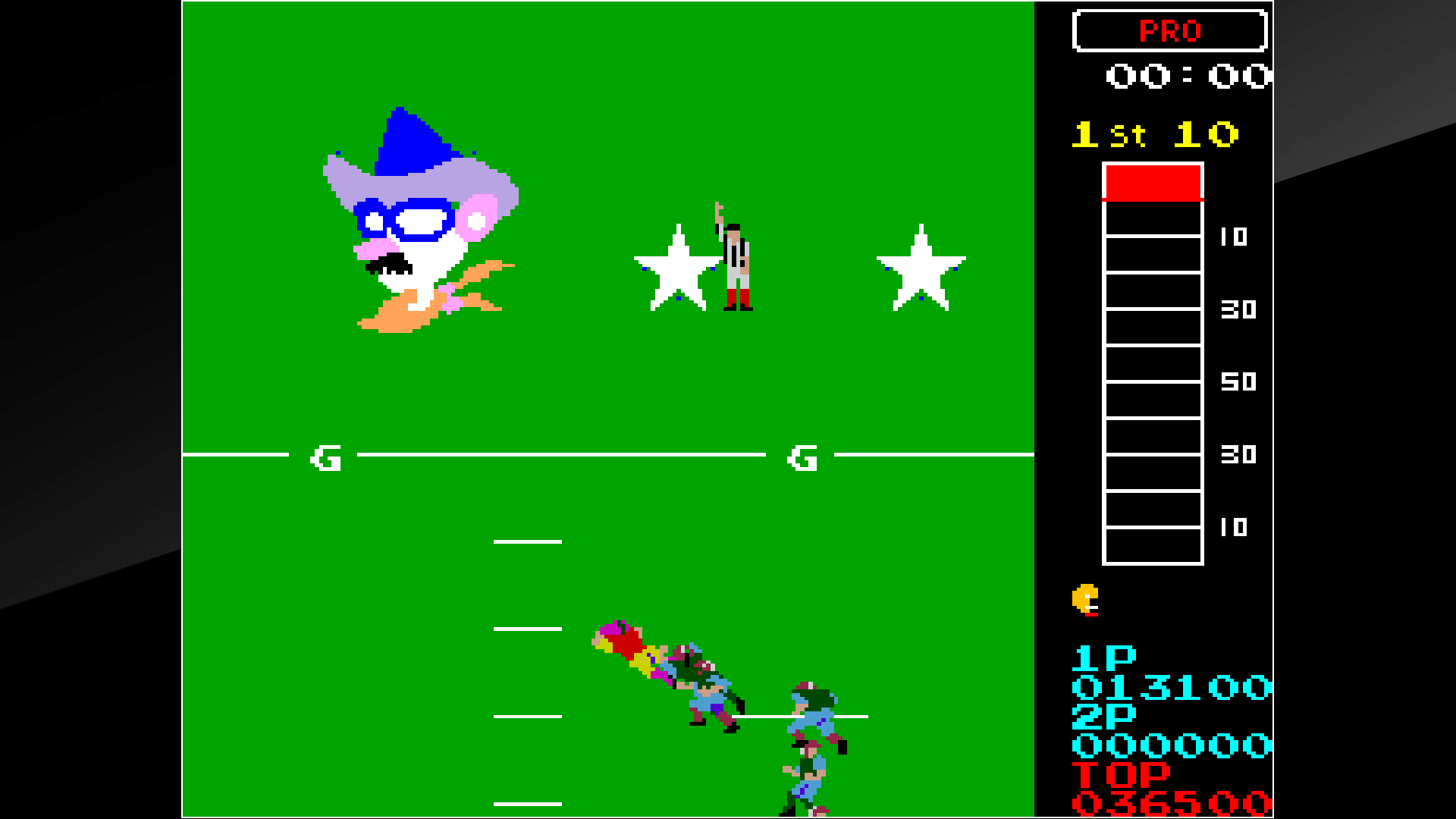 “10-Yard Fight” is a sports game released in 1983 by IREM. Players can enjoy American football with its simple but intense play mechanics. Score touchdowns as you play against increasingly powerful opponents.
* This version also contains the 1984 version of VS 10-Yard Fight with the additional two-player mode.