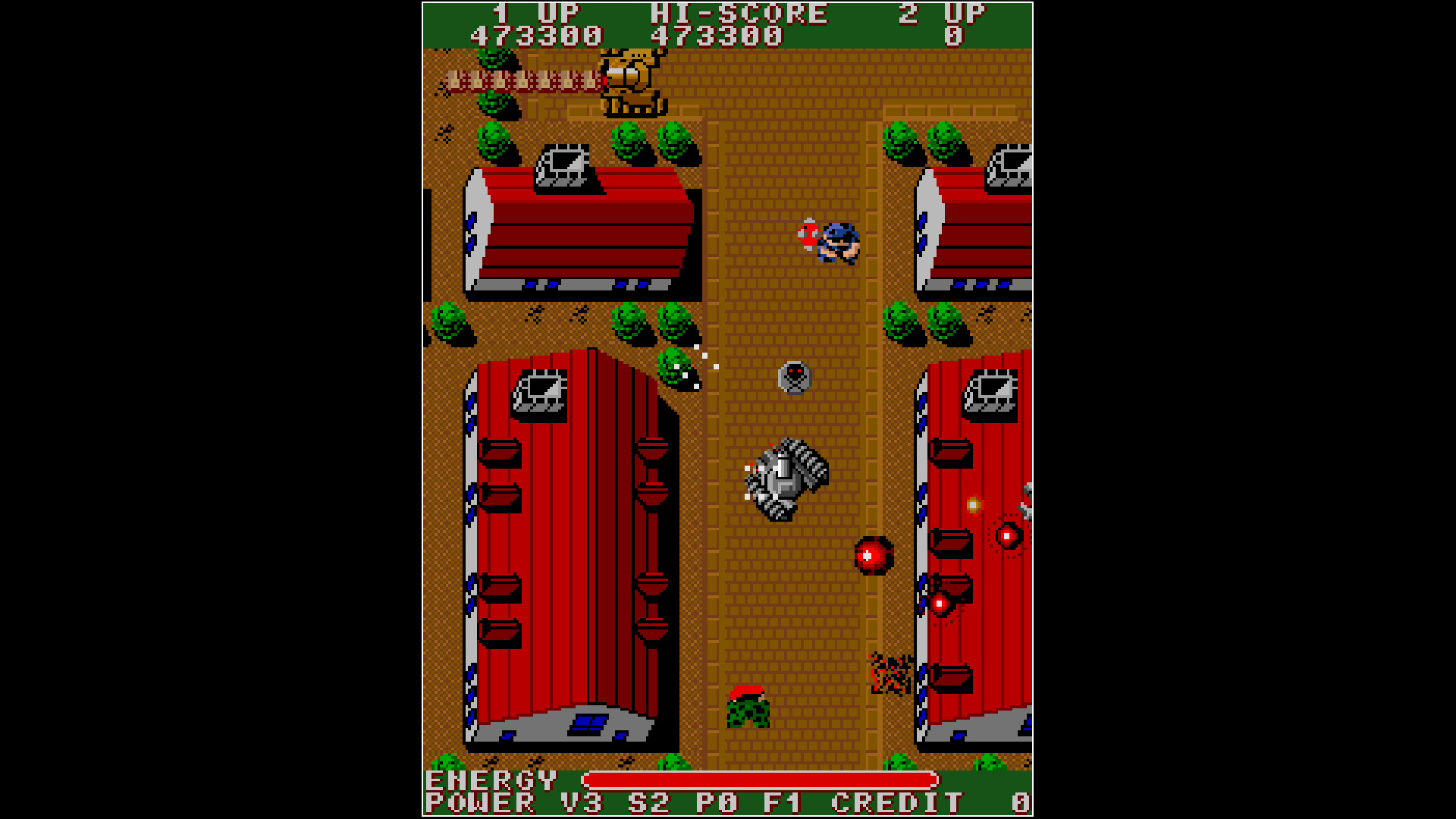 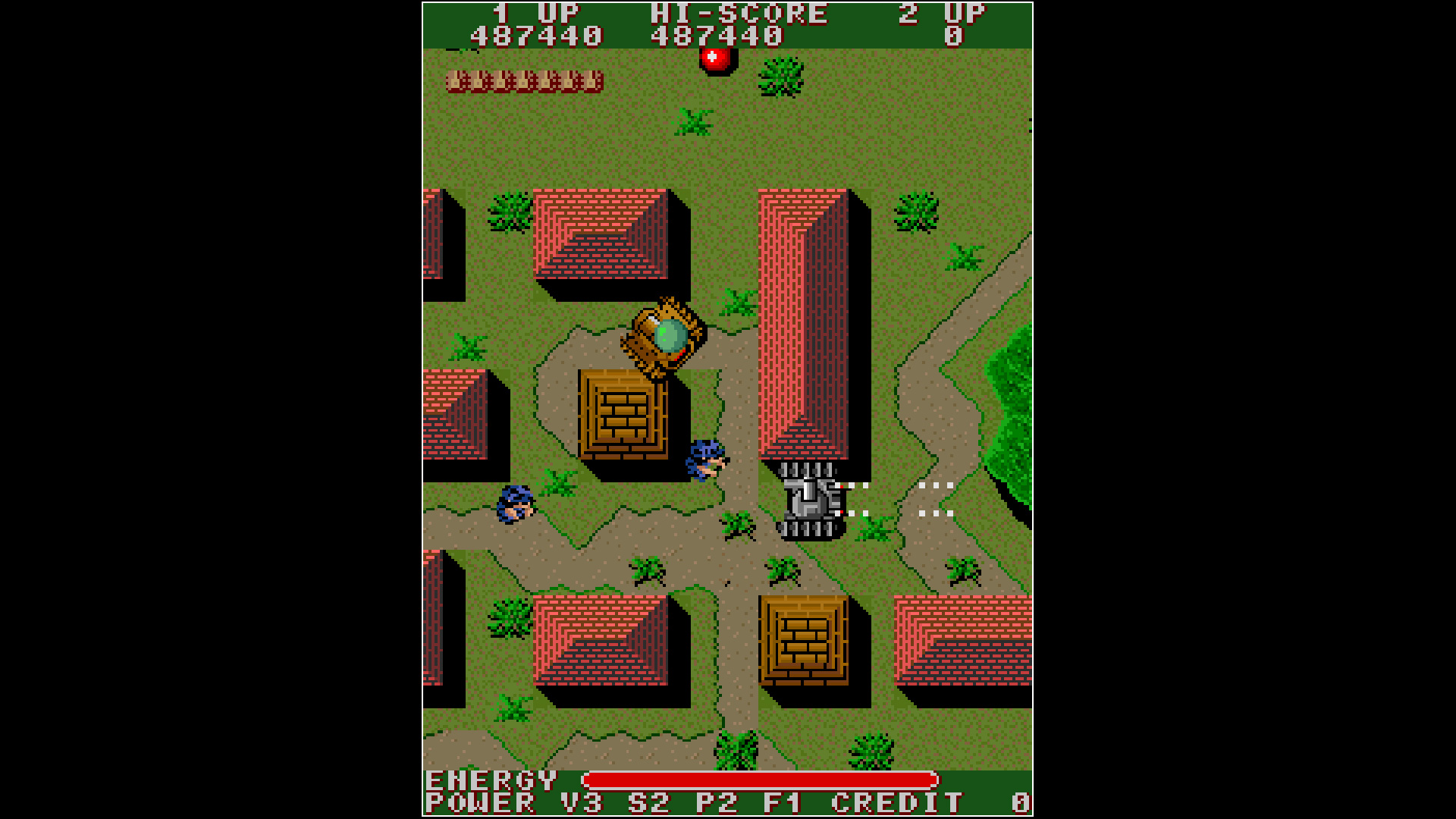 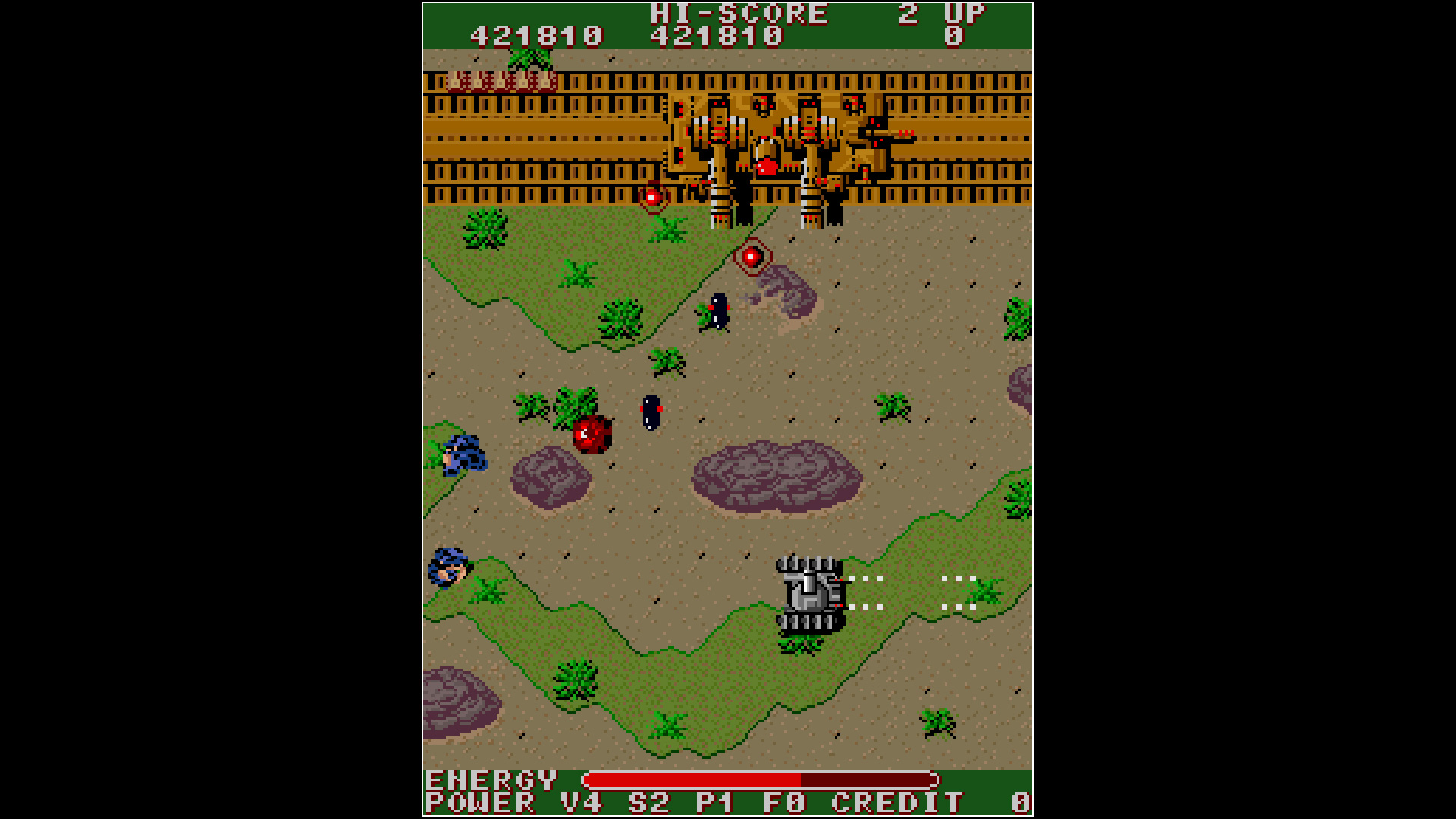 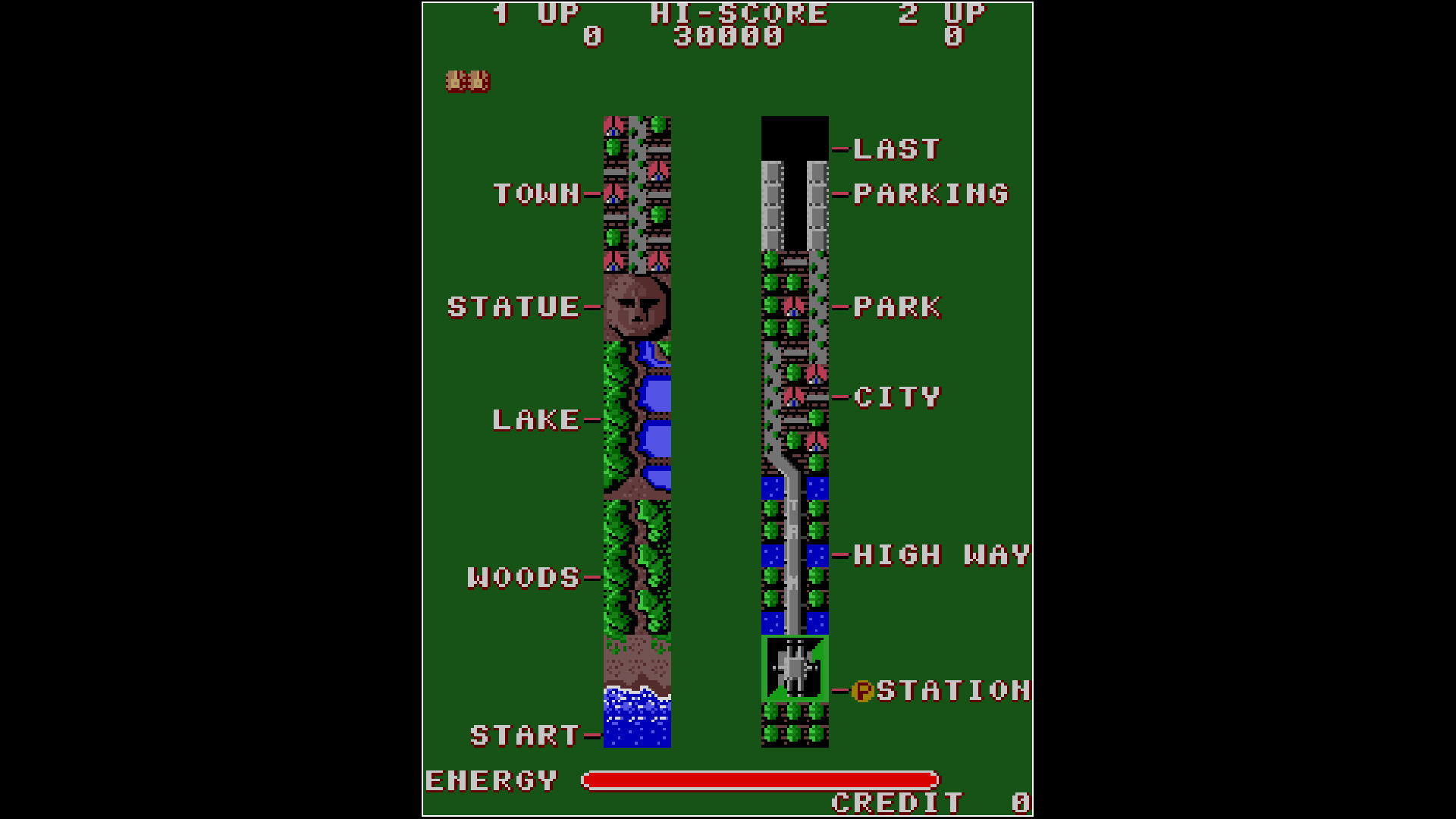 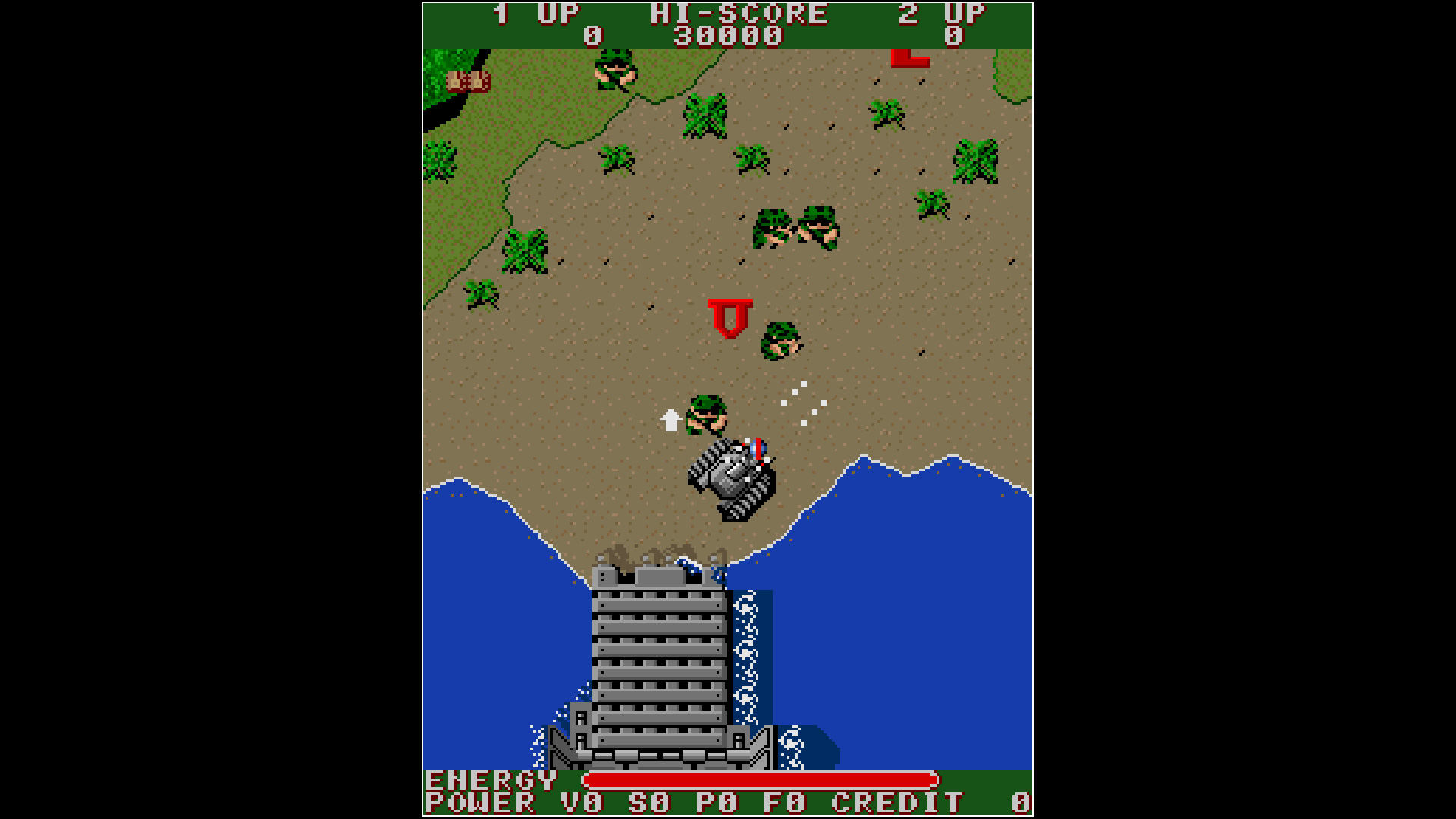 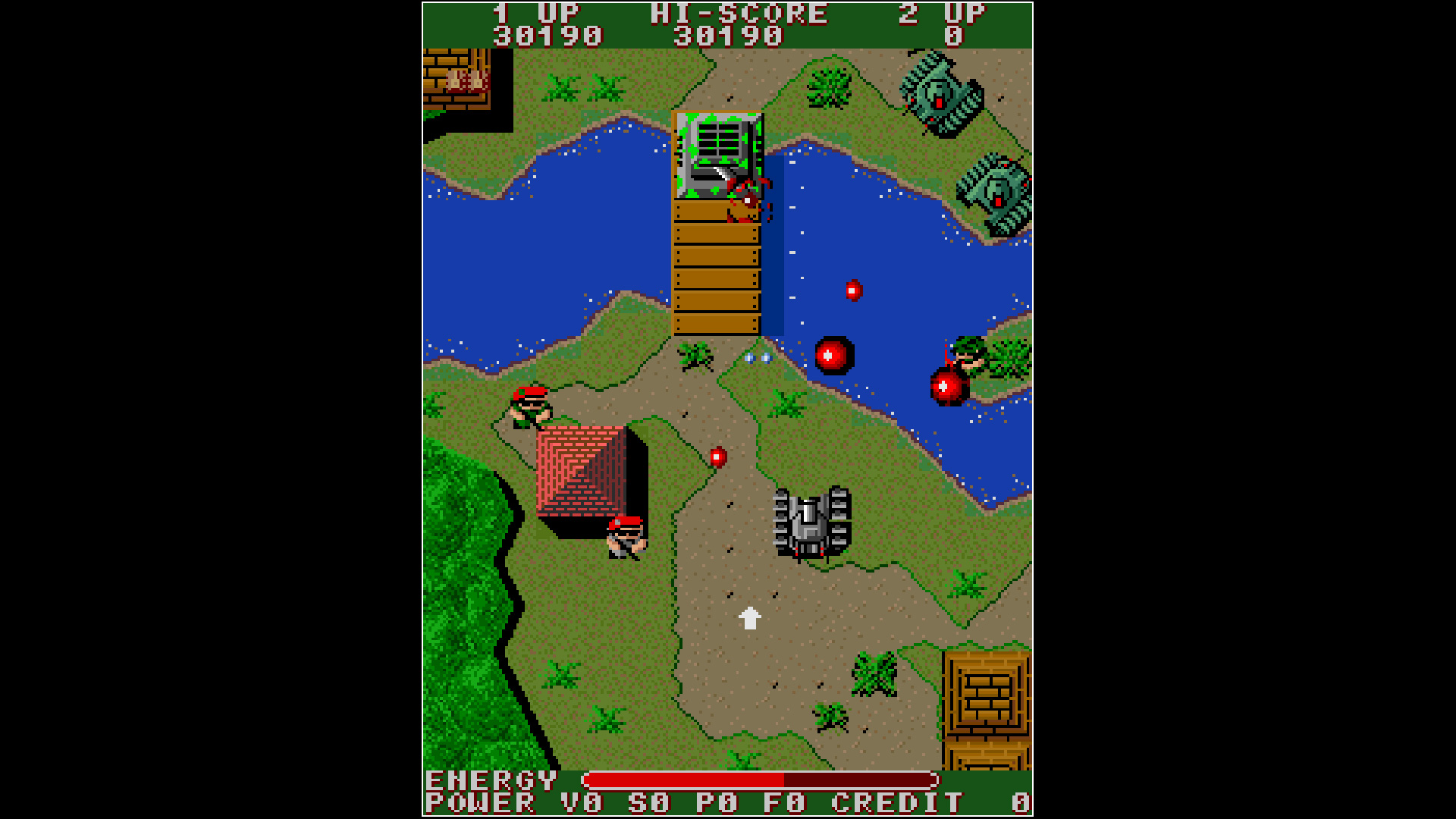 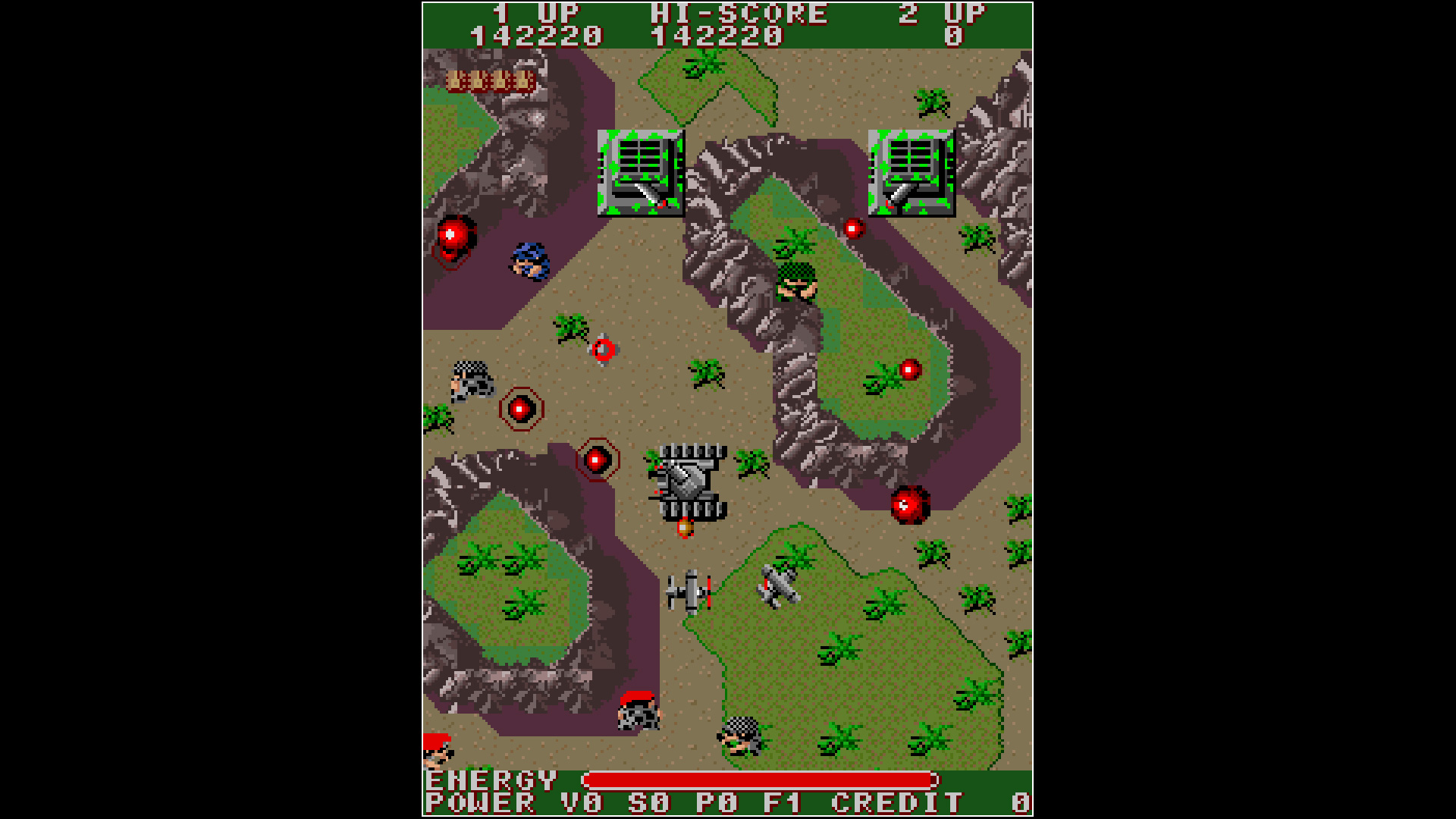 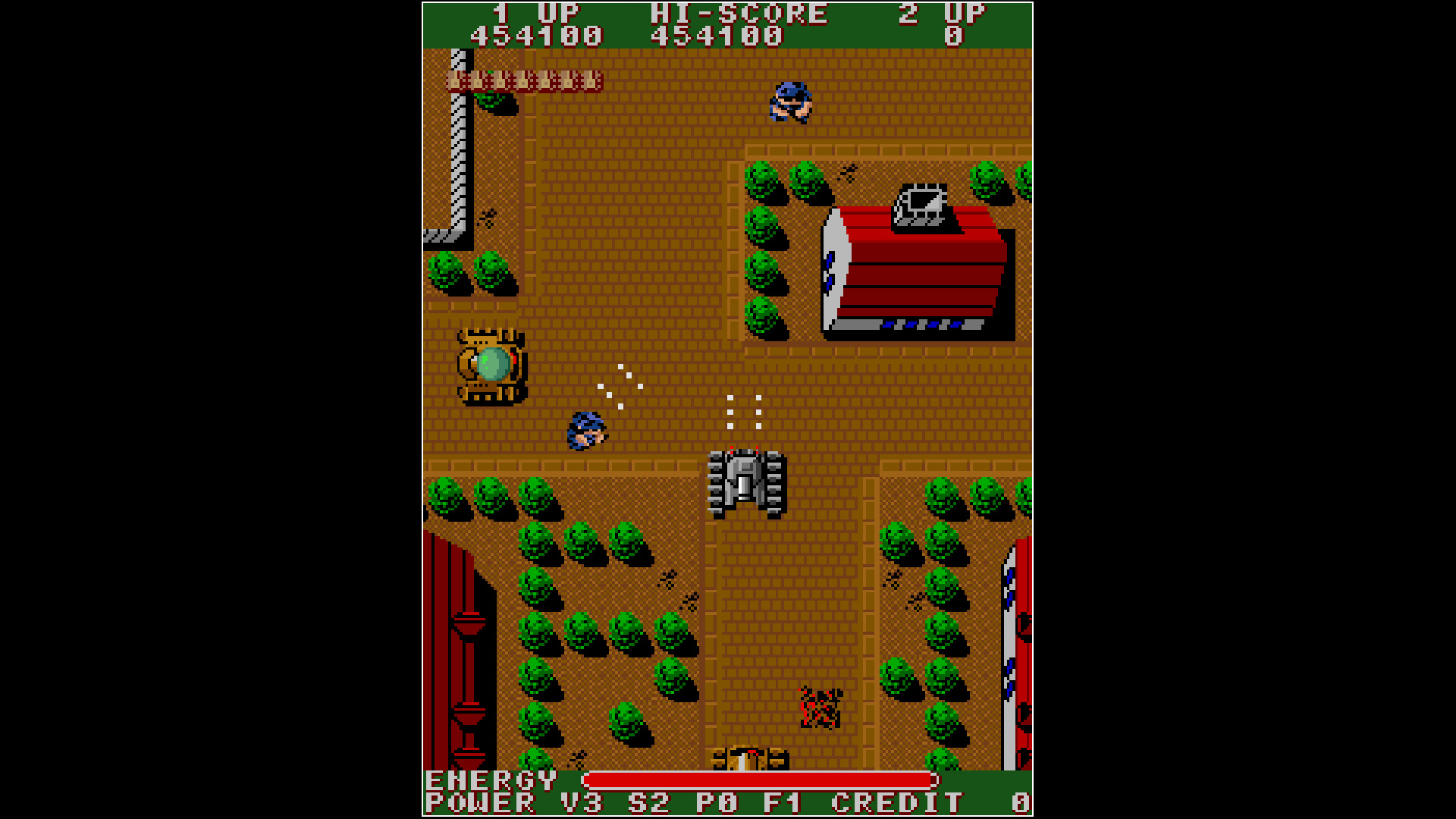 ' T.N.K III ' is a vertically scrolling shooting game released by SNK in 1985.
In the last years of the great war, when authorities get word that an enemy nation is developing weapons on a small island, they order a special task force to destroy the enemy's development facilities.
Colonel RALF of the special task force learns that this is crucial for victory and decides to take on the sabotage mission alone.