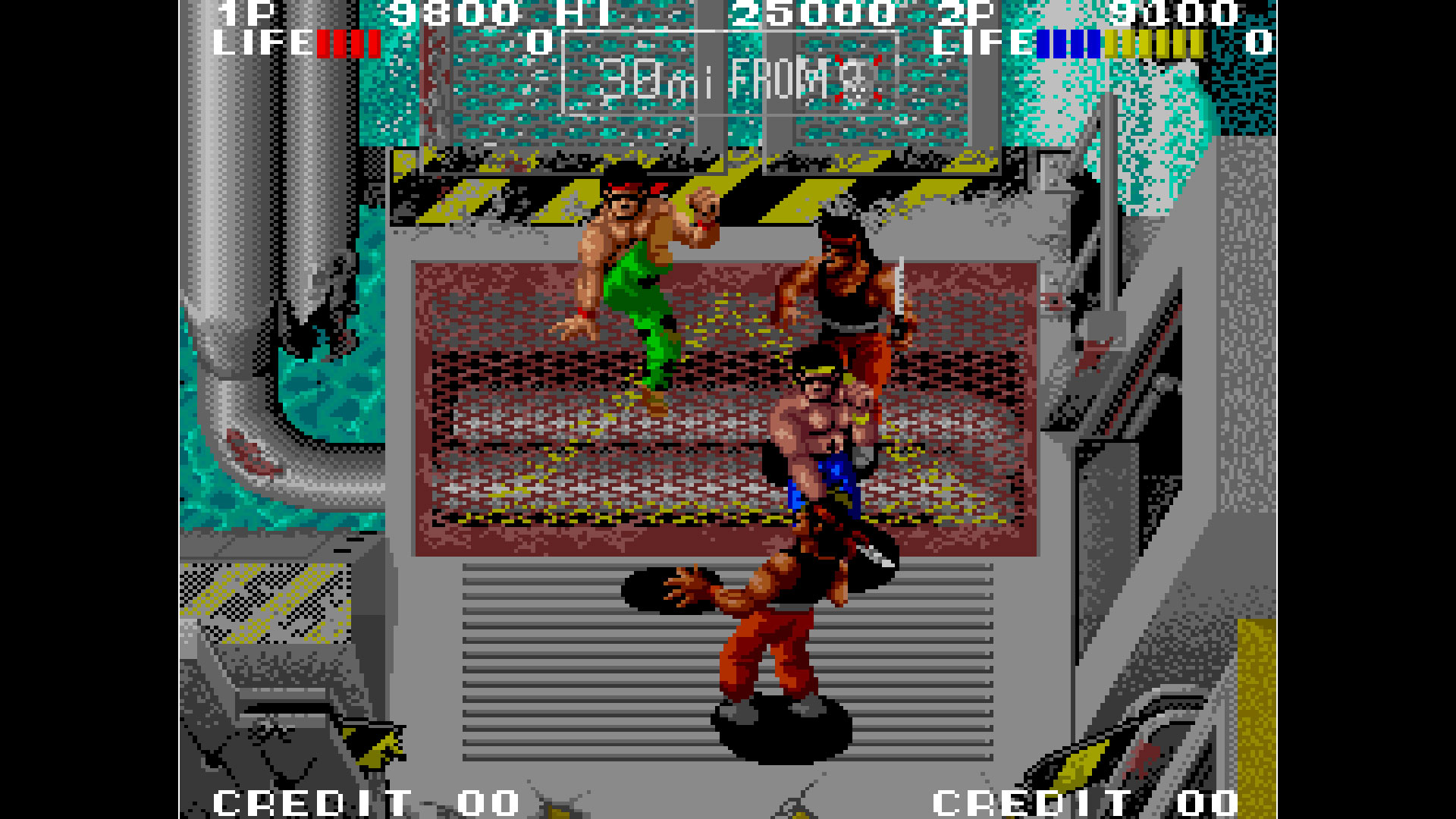 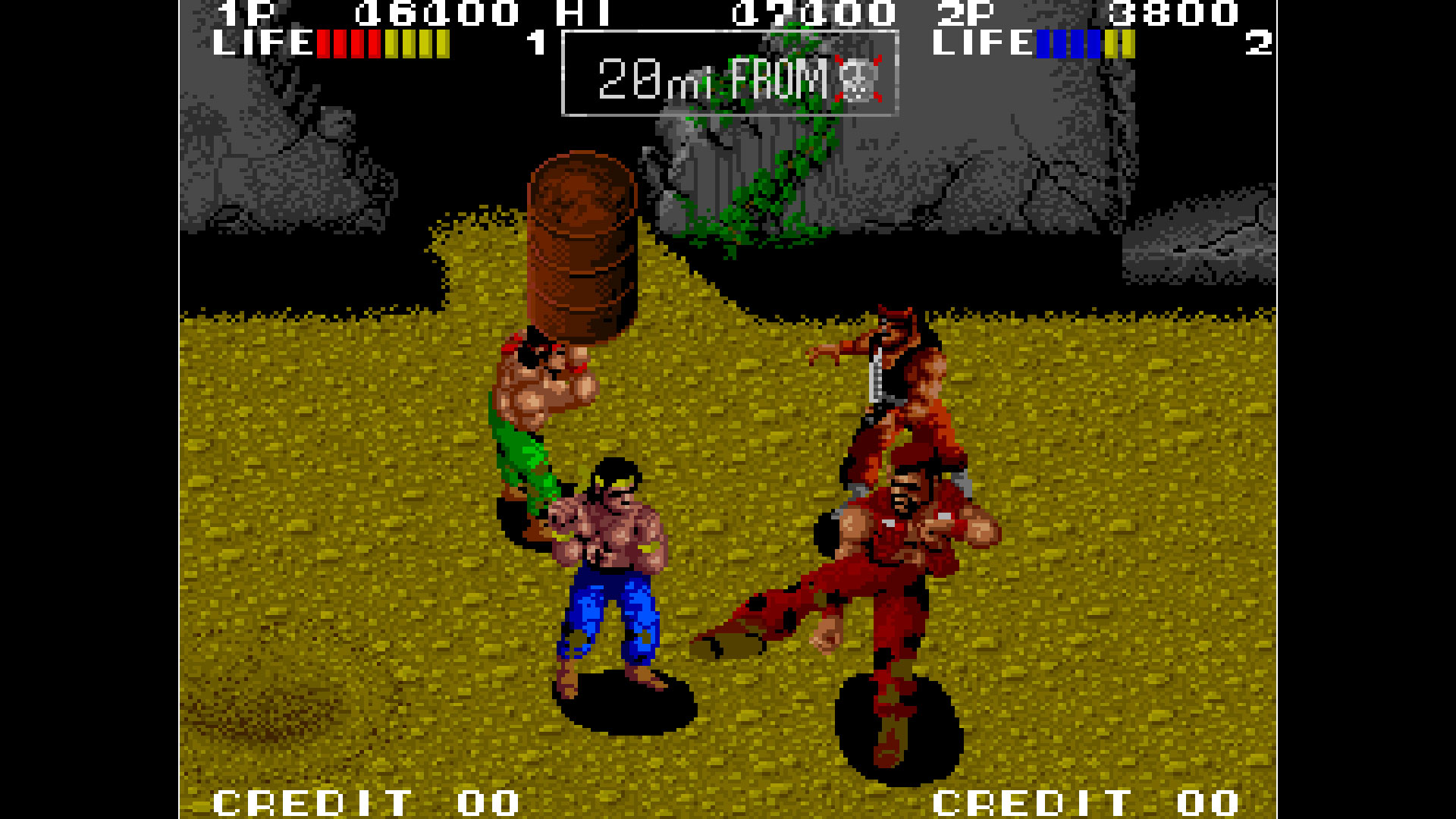 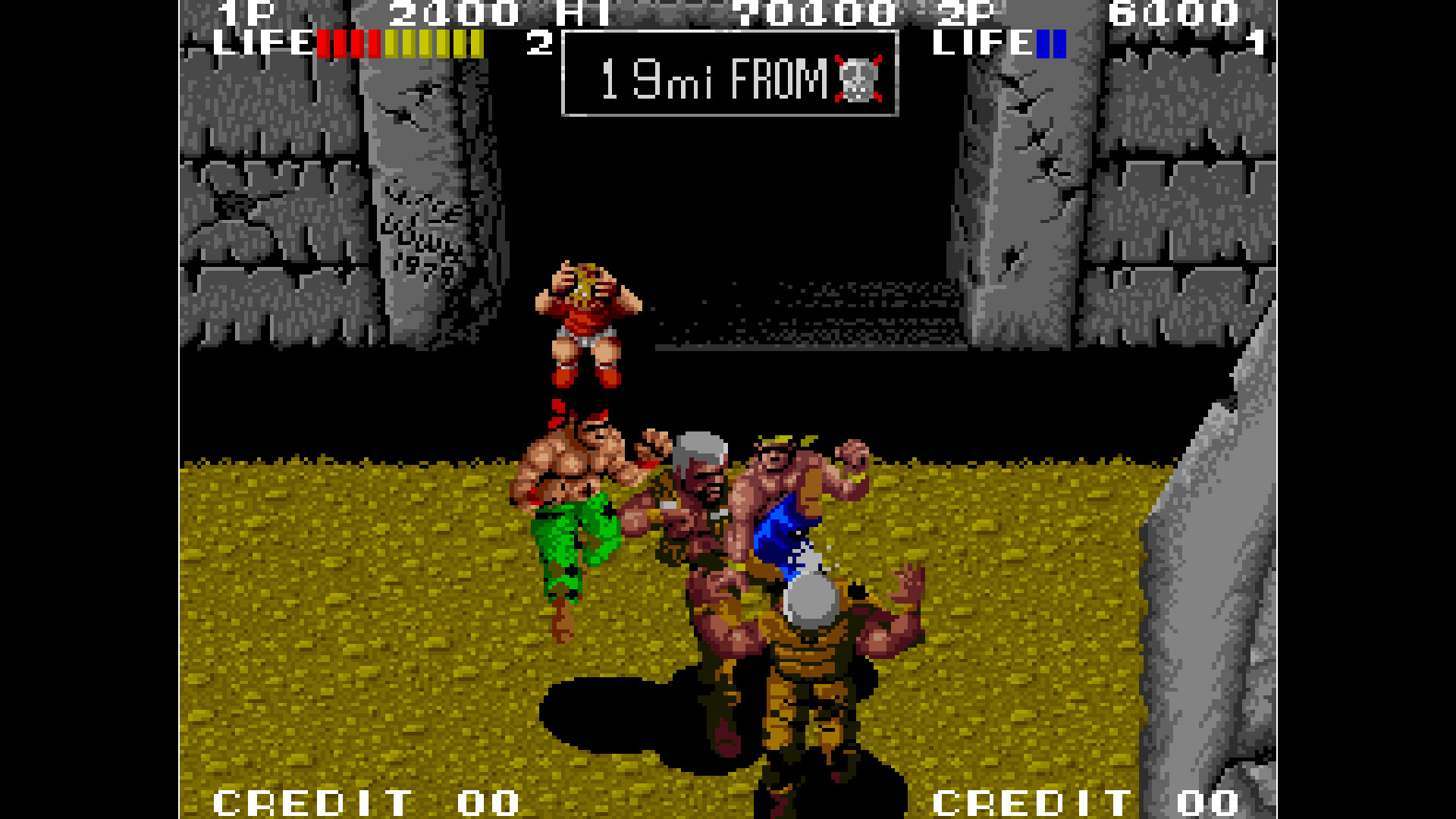 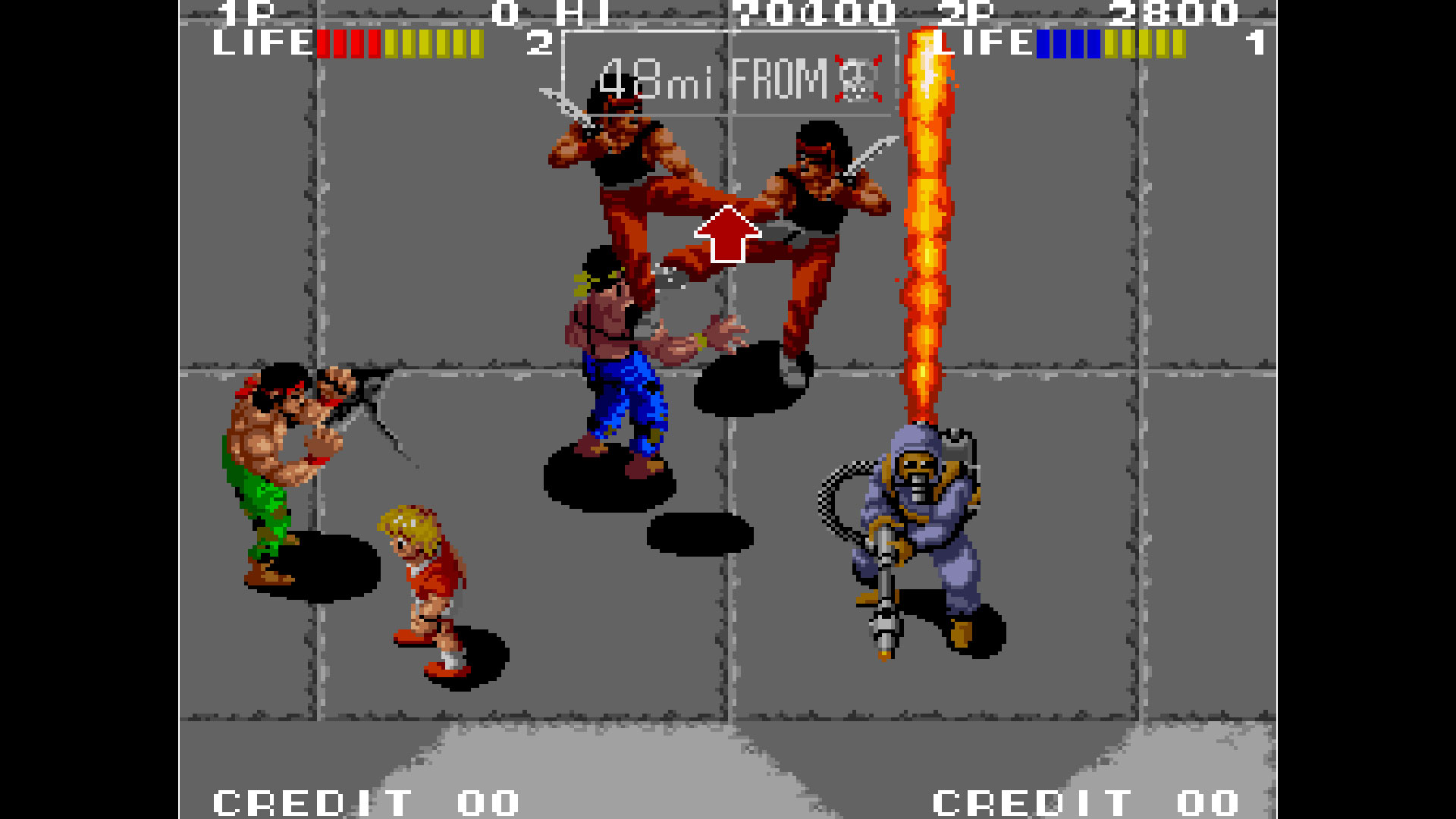 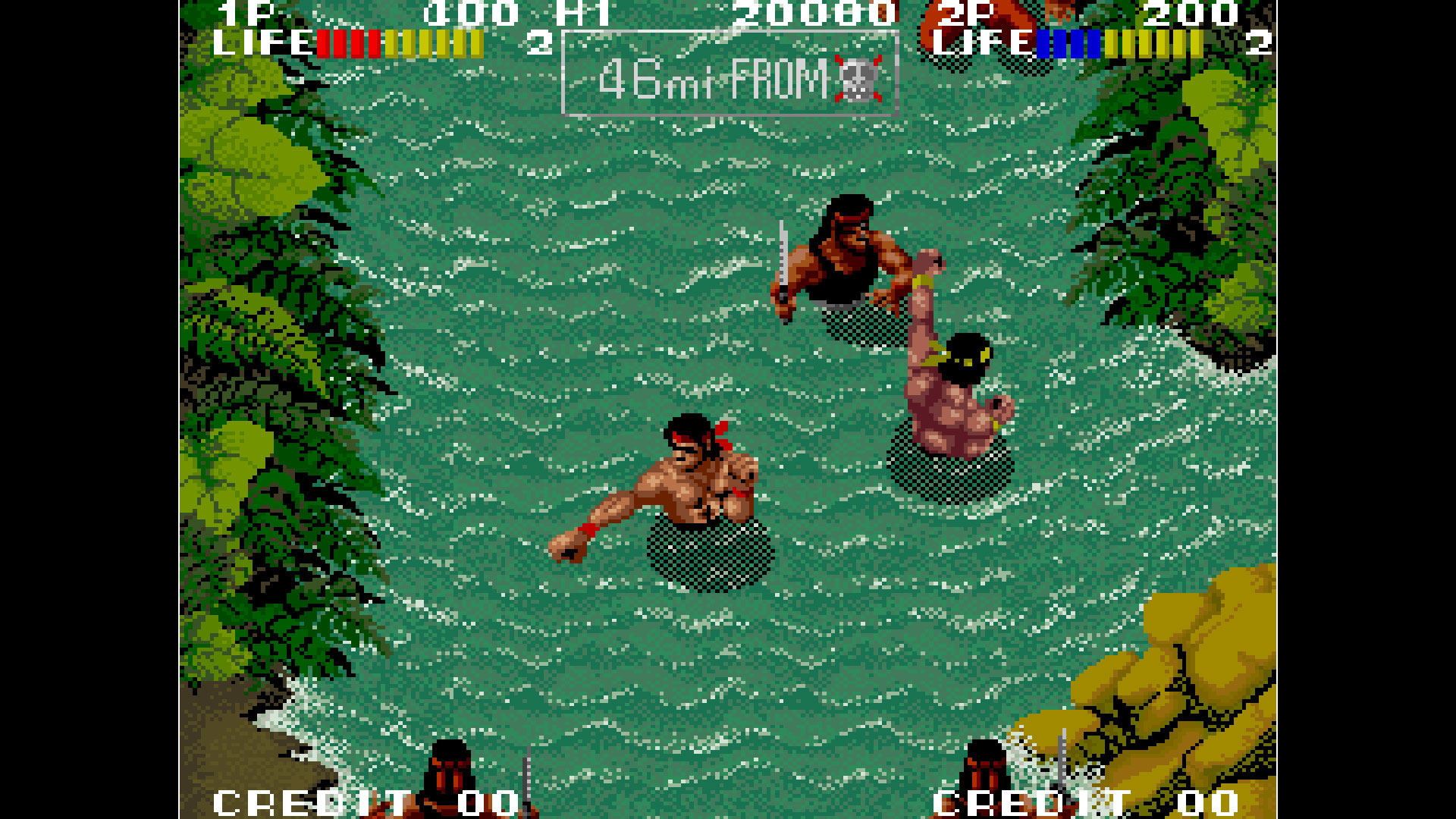 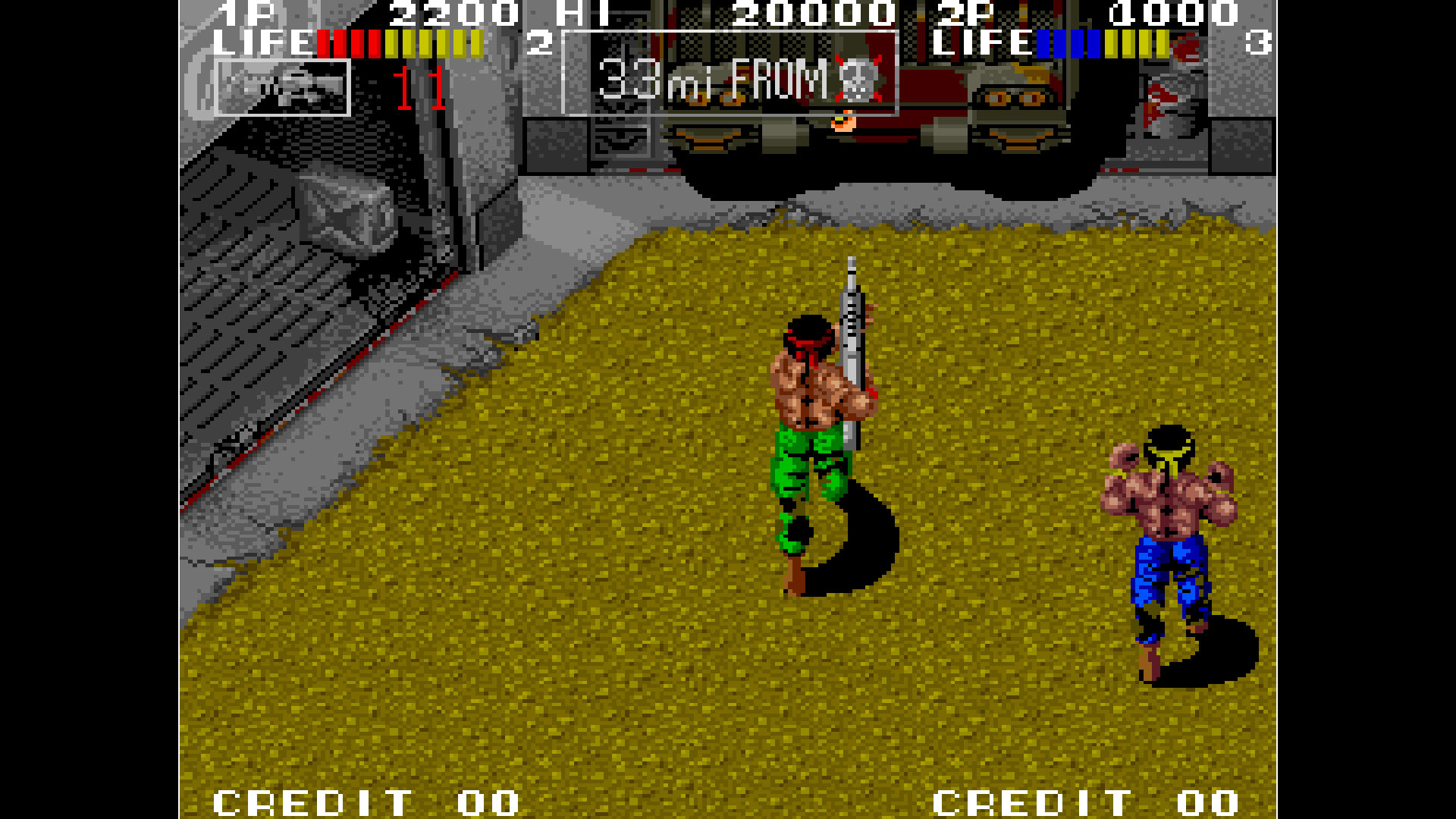 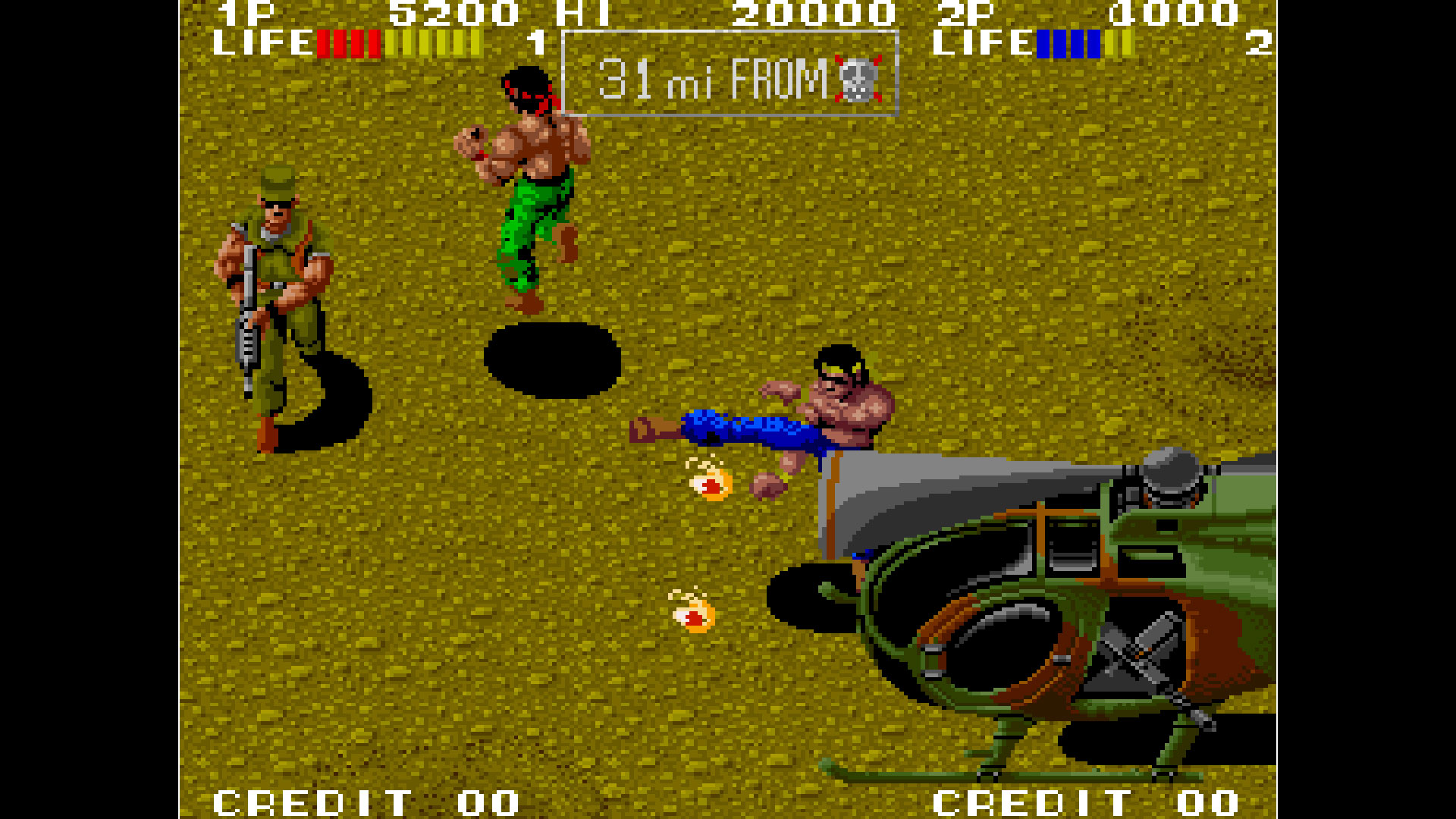 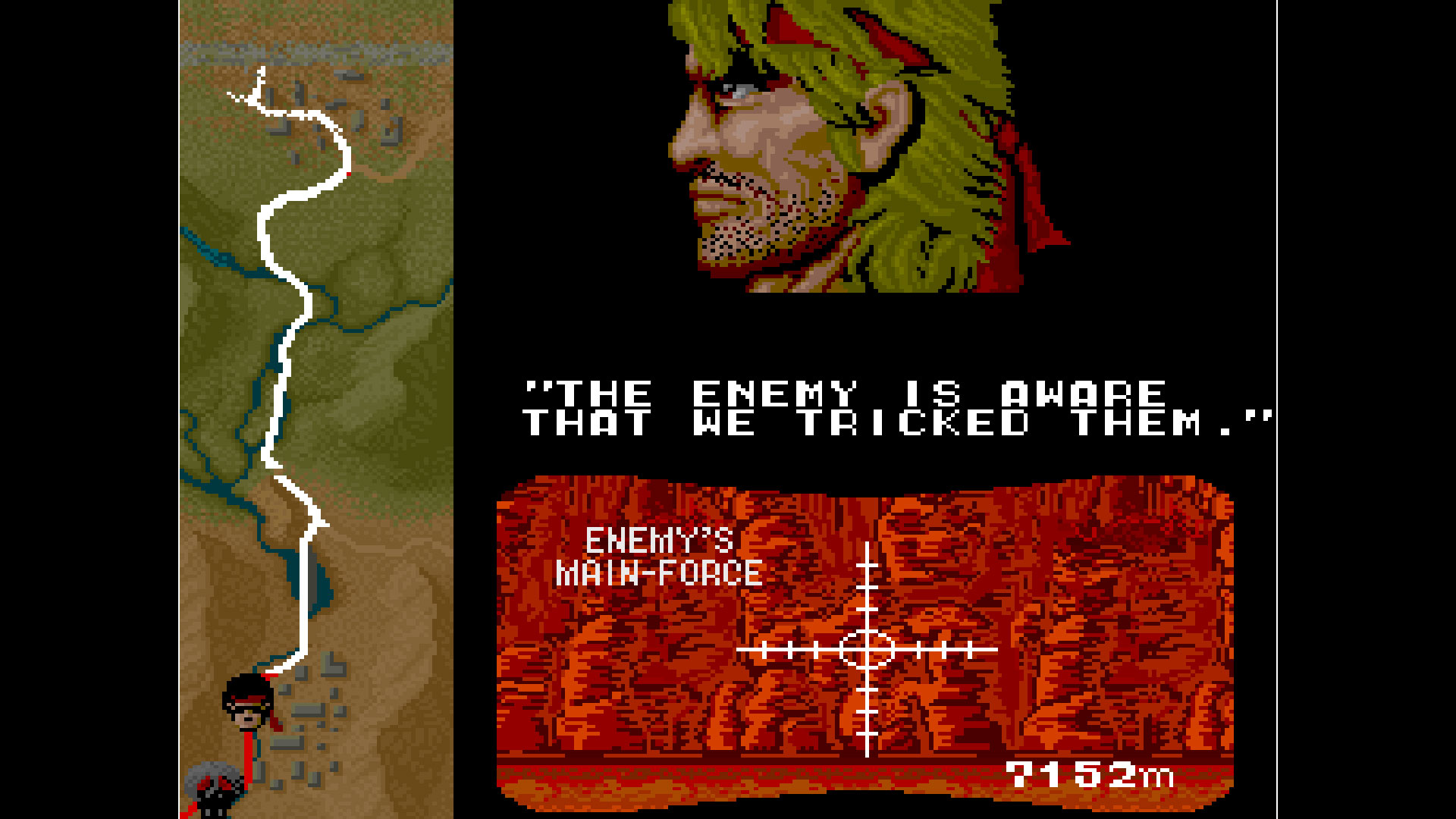 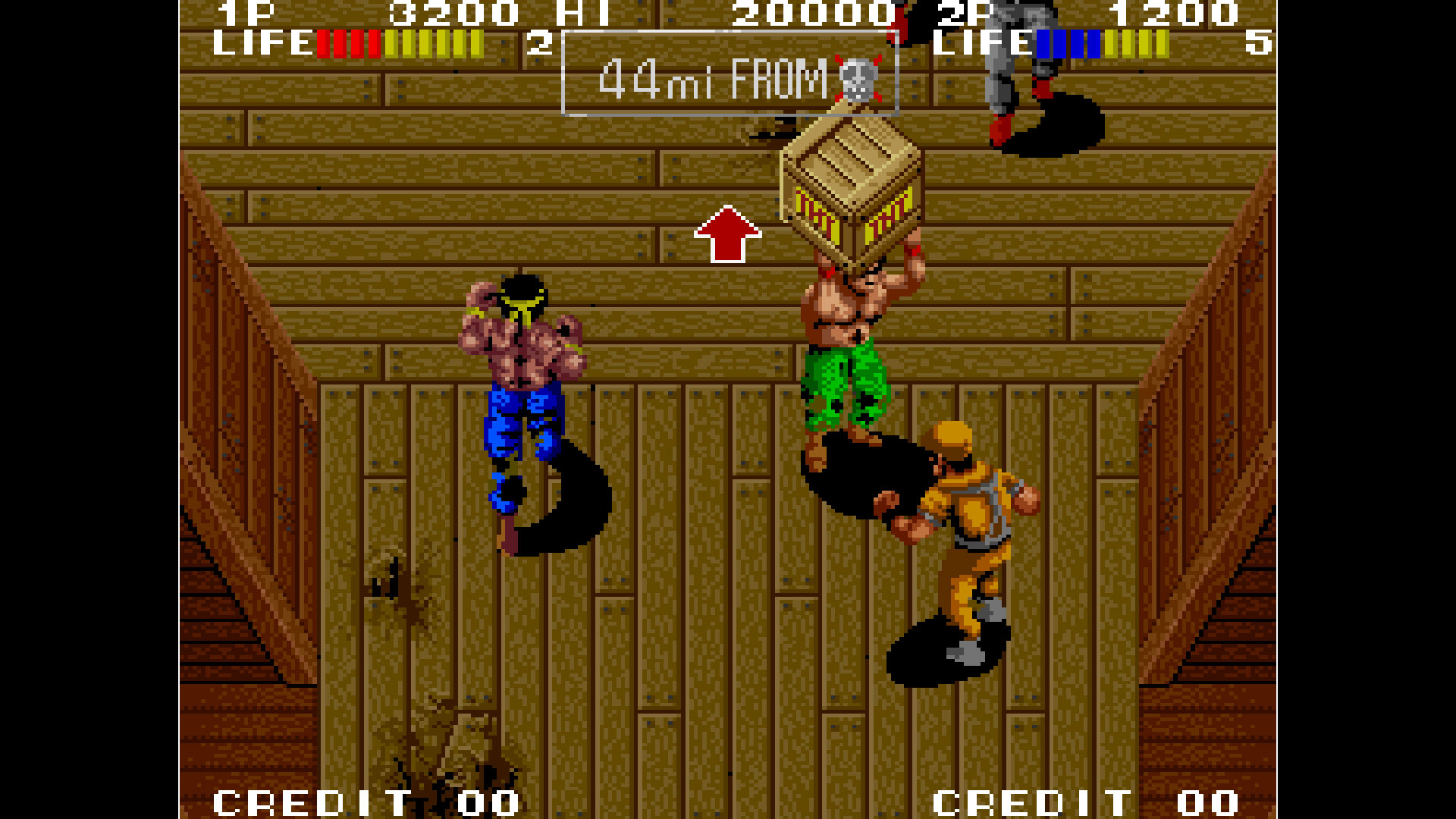 'IKARI III -THE RESCUE-' is an action shooting game released by SNK in 1989.
Players assume the roles of elite soldiers RALF and CLARK, and infiltrate a terrorist base in order to rescue the presidential candidate's son, who is being held hostage.
While the players battle one tough foe after another, they must not take too long to rescue the hostage, or the main terrorist forces will catch up with them.