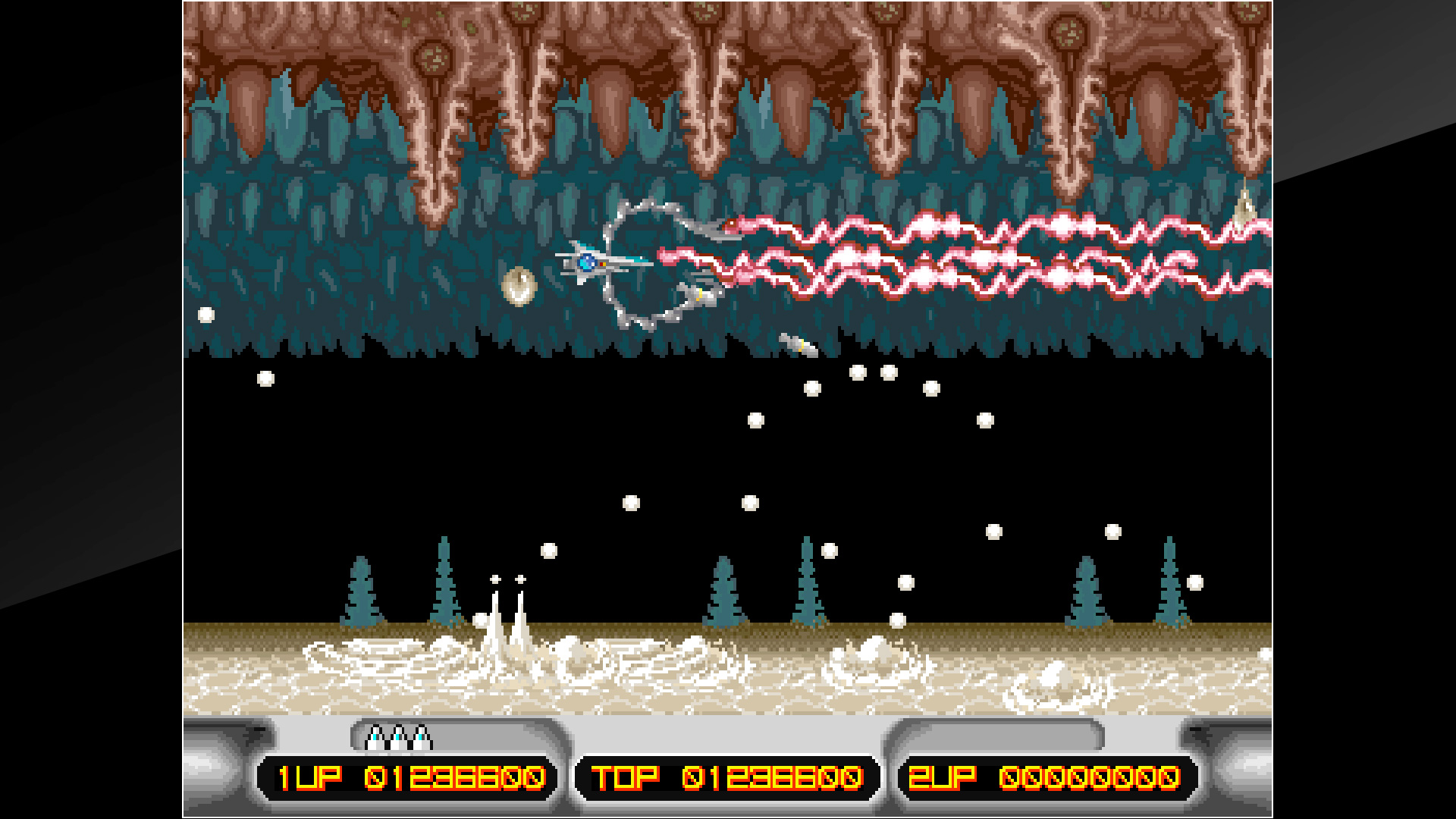 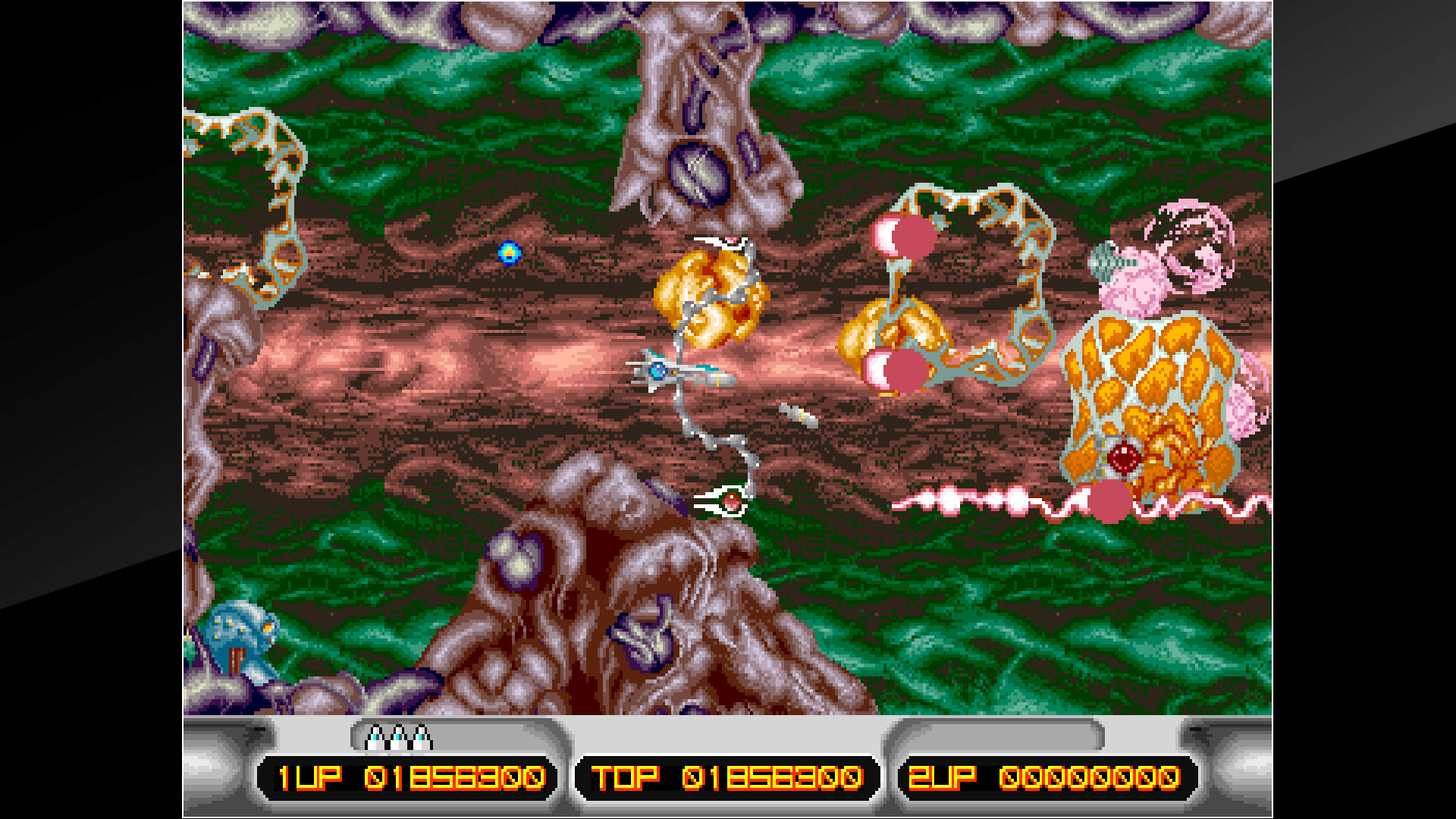 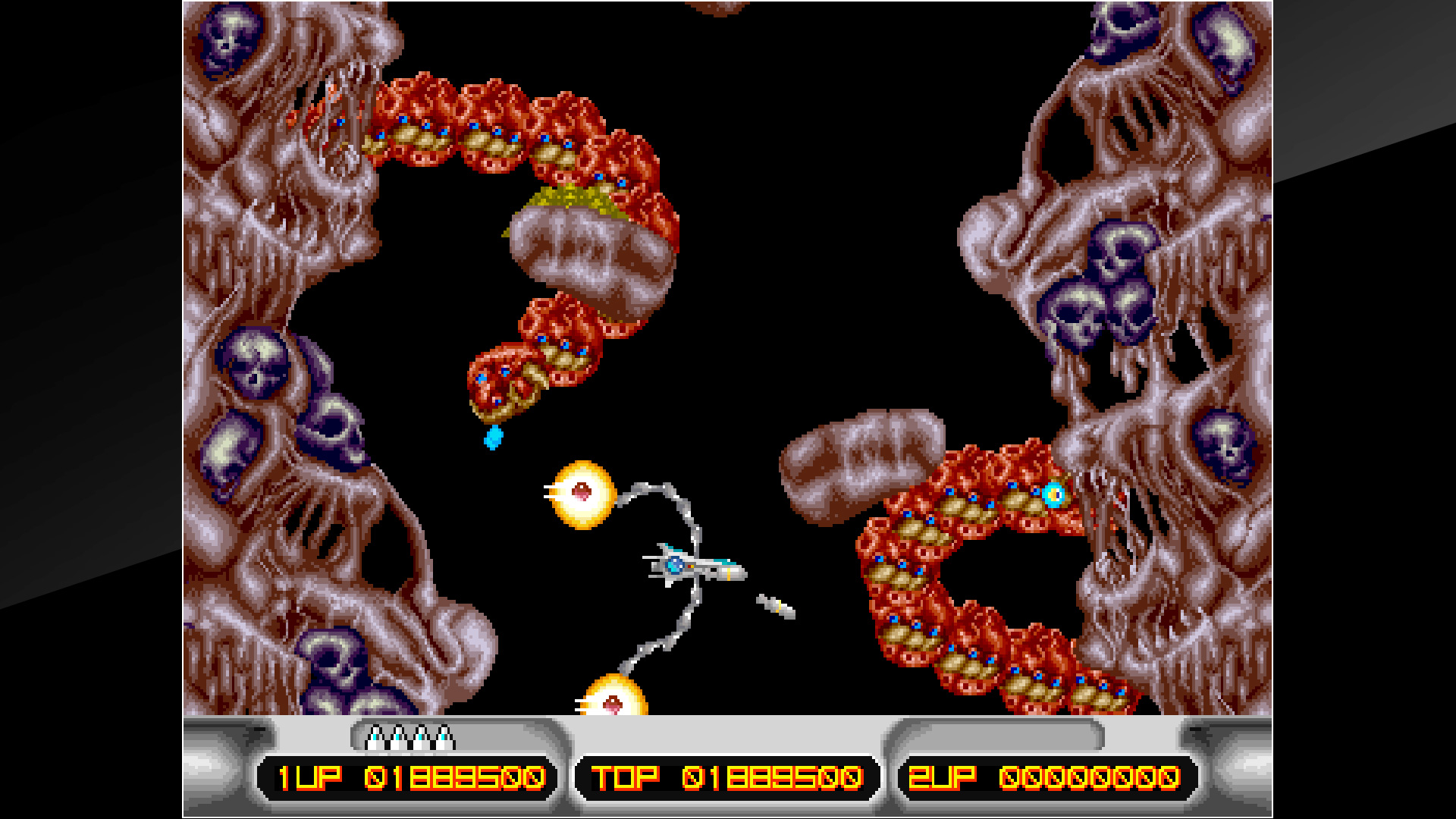 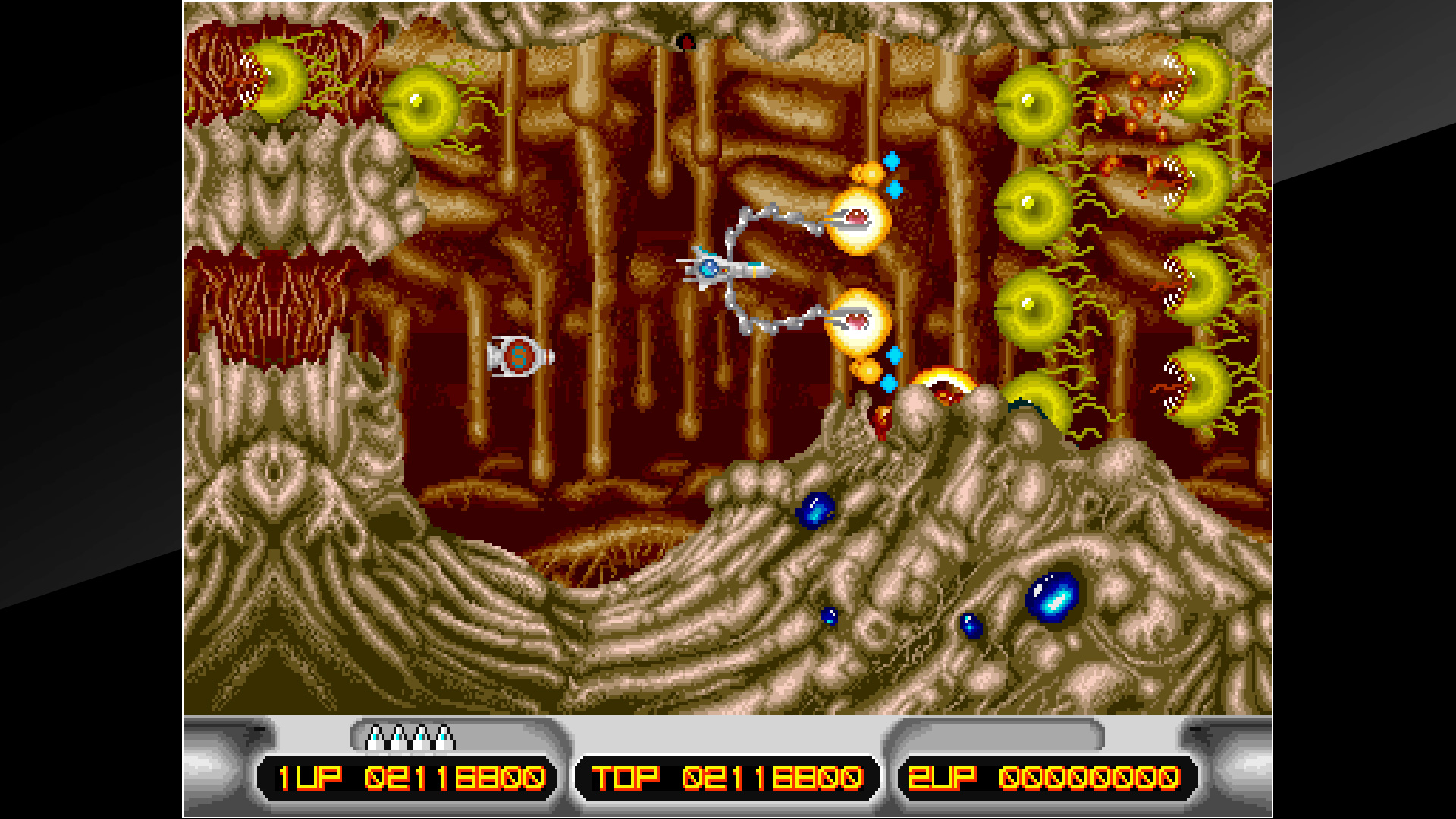 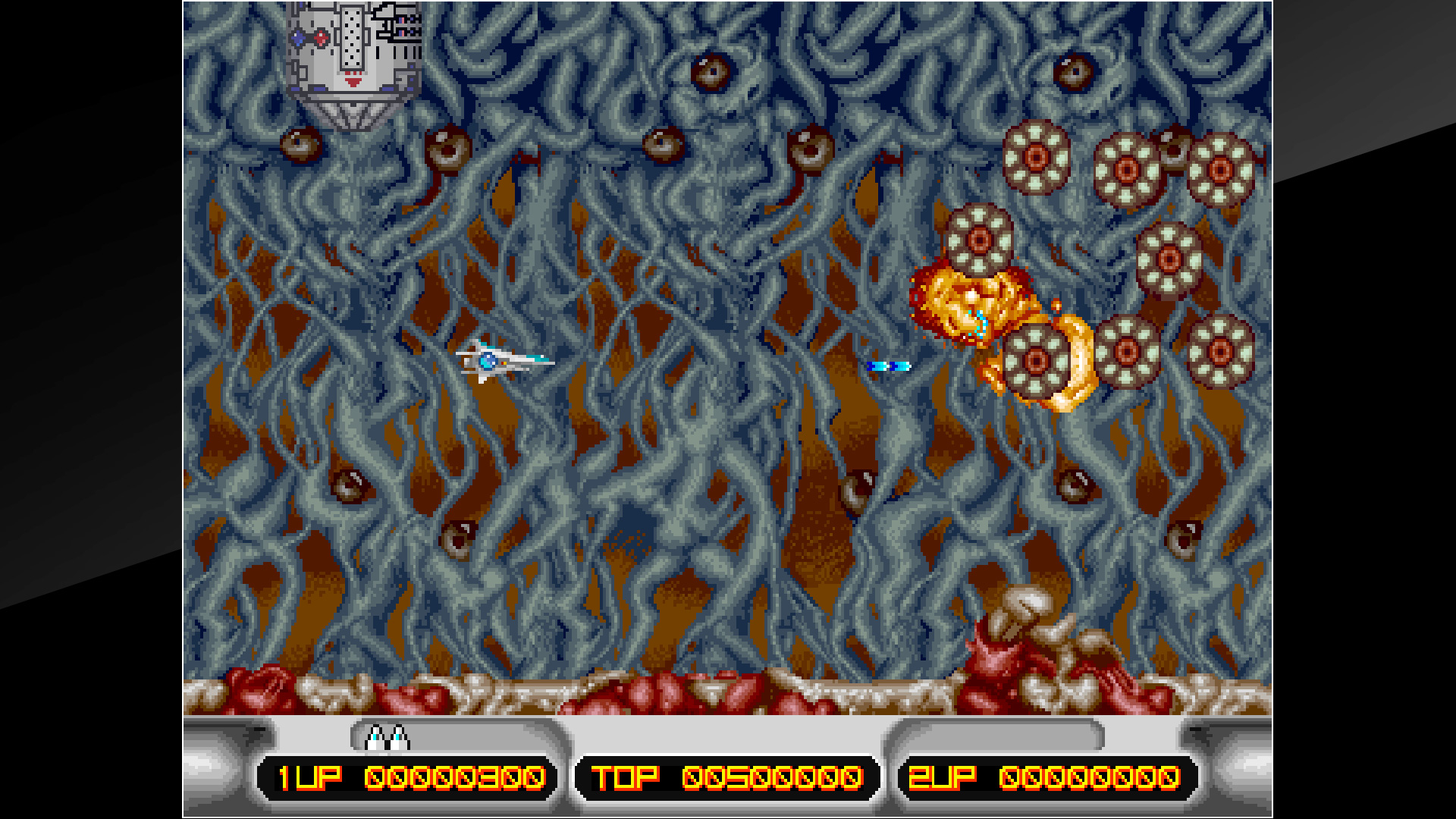 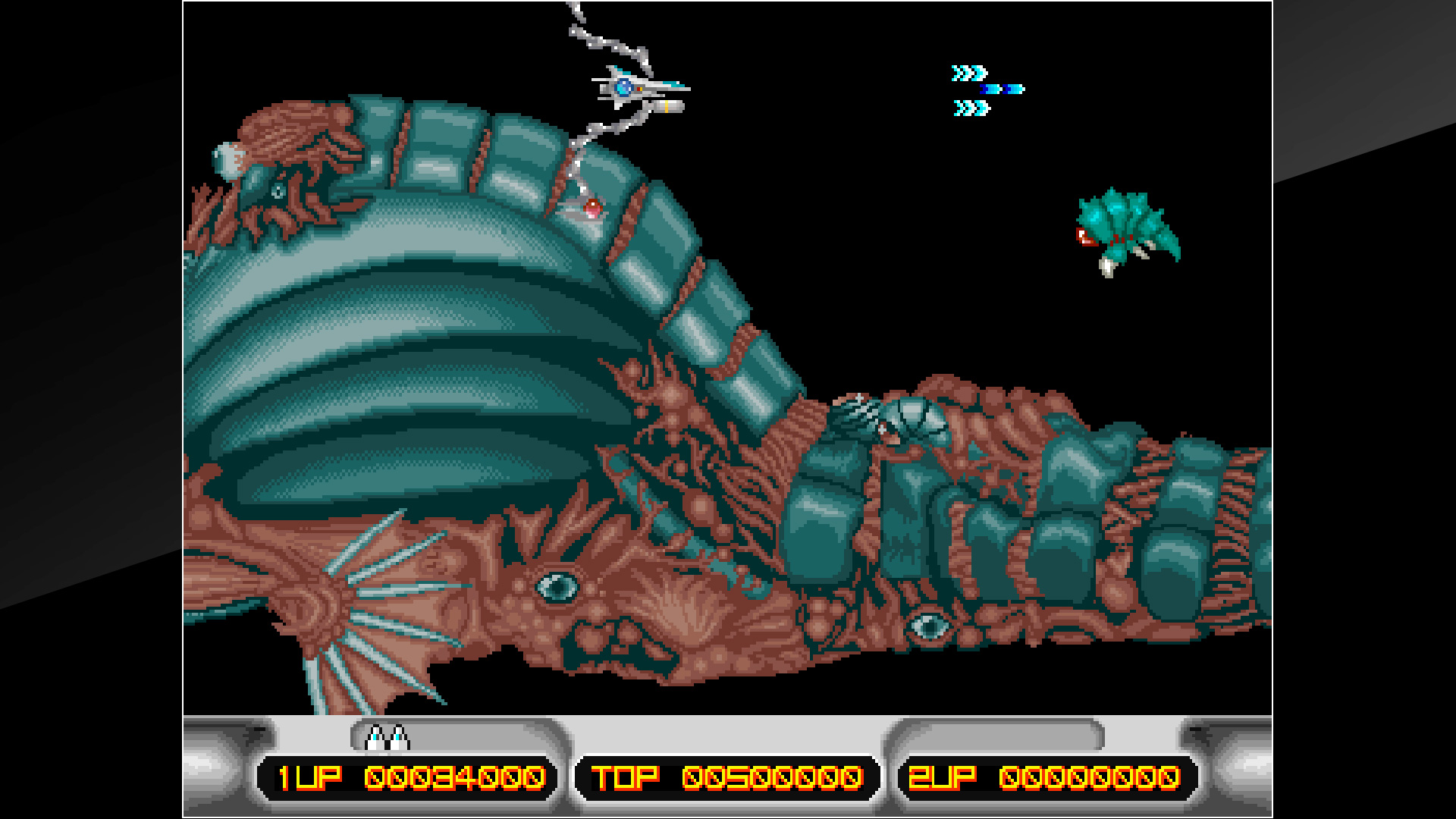 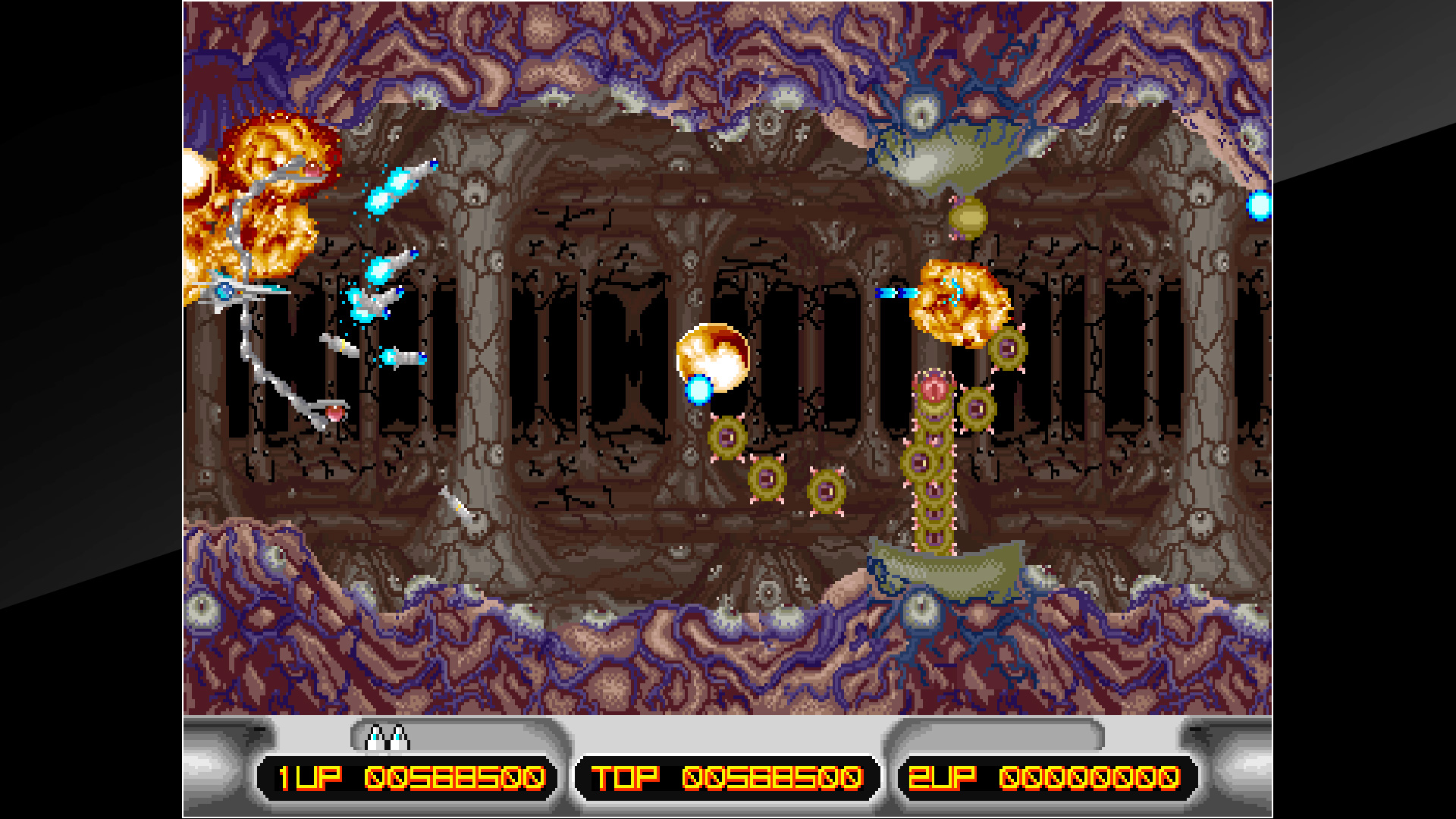 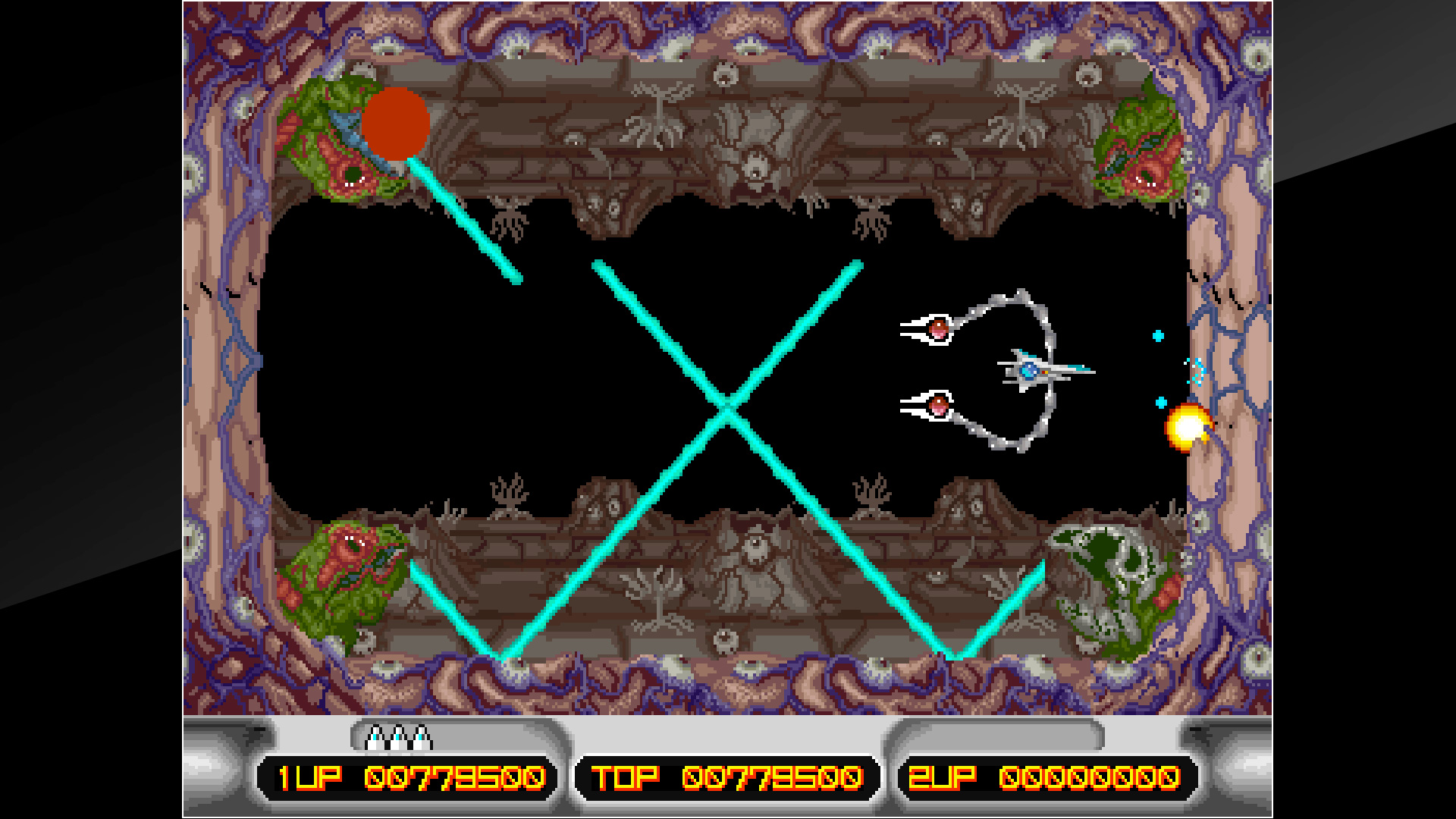 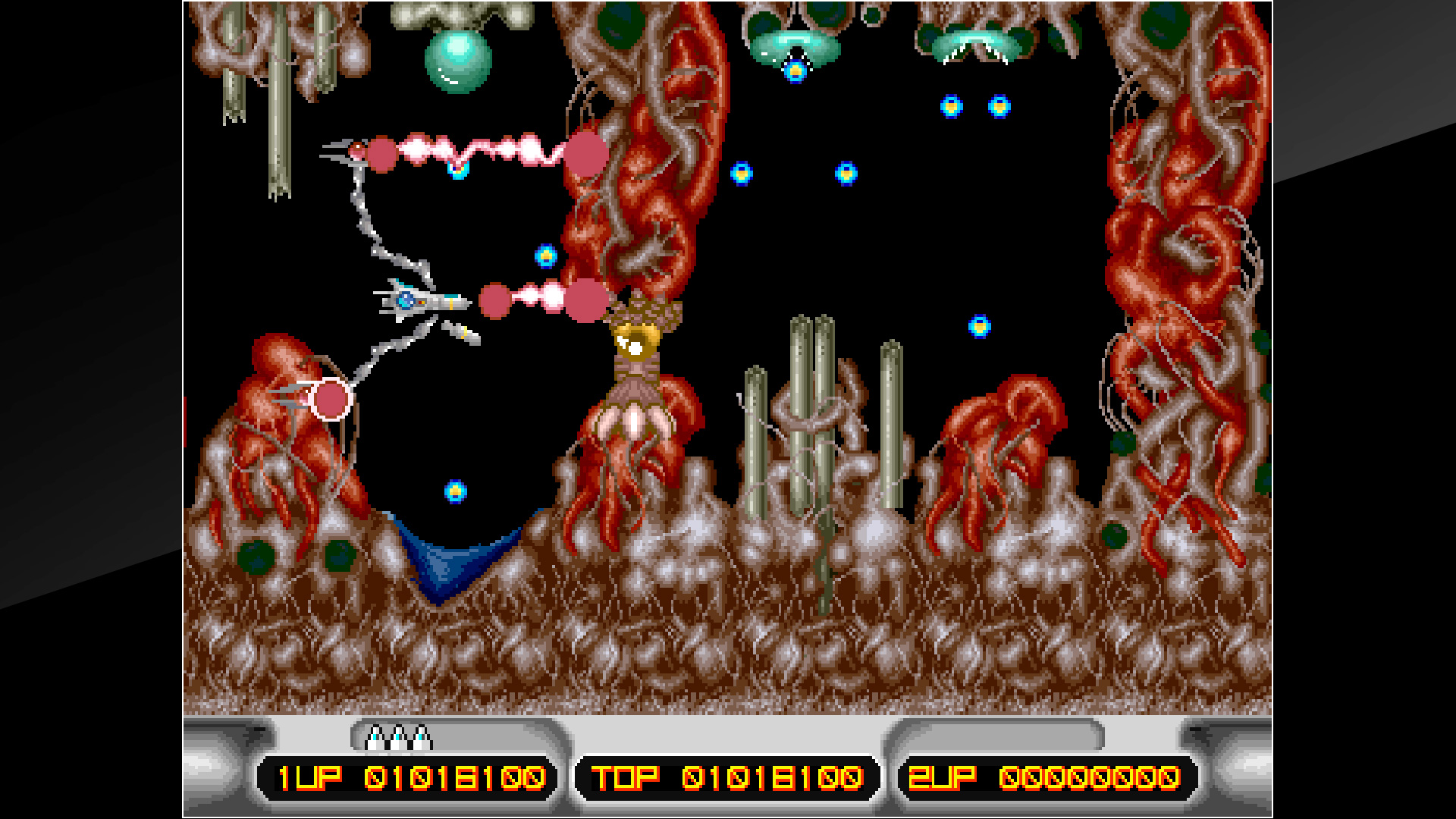 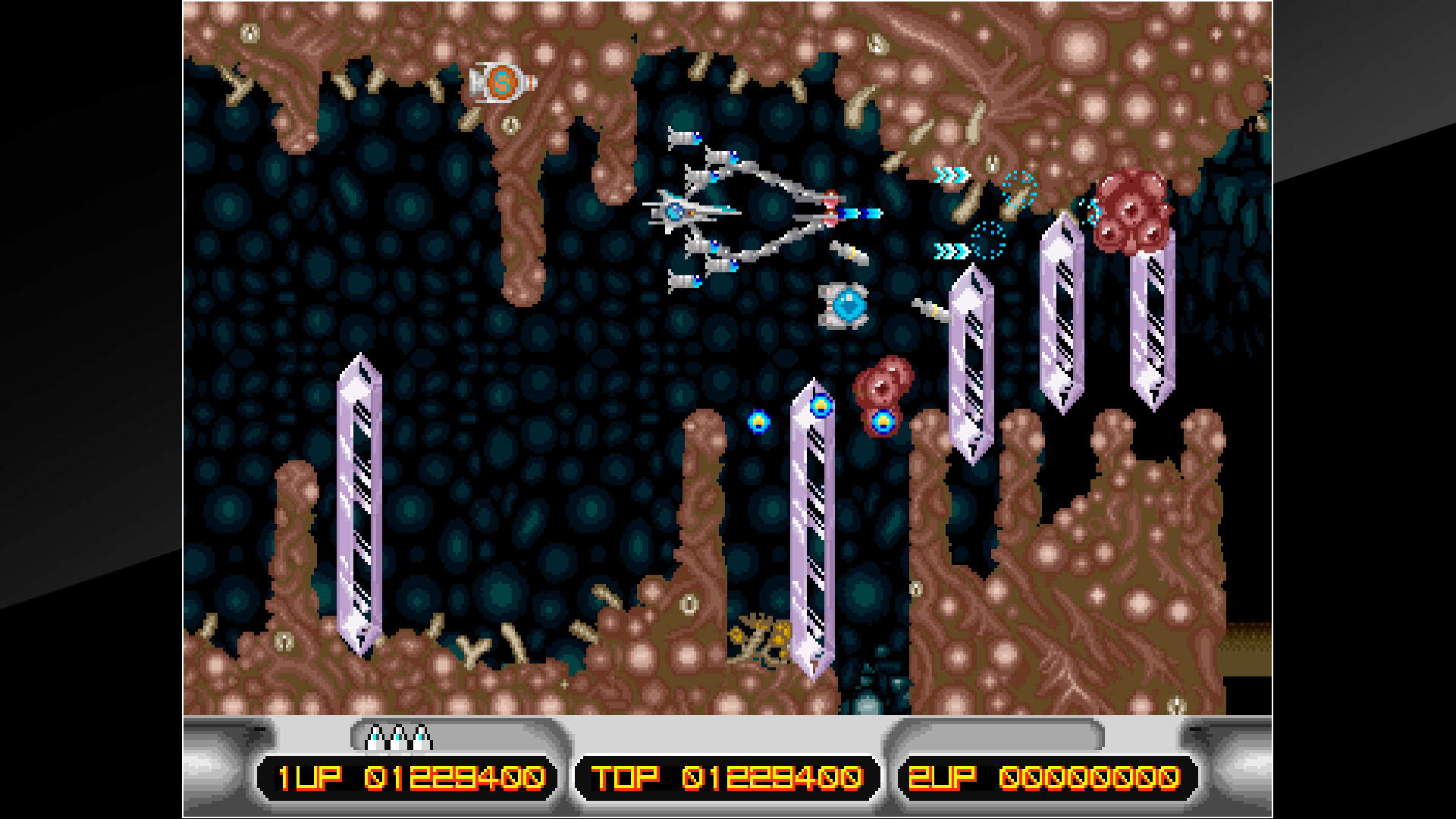 'X MULTIPLY' is a shooting game released by IREM in 1989. Scientists discovered that the mysterious deaths of the Stun Star system colonists was due to shock from an invasion of parasitic microscopic aliens. They shrink down and deploy Microscopic Fighter X-002 into the victims' bodies. Skillfully use the 3 tentacles you're armored with for offense and defense and destroy the microscopic aliens!