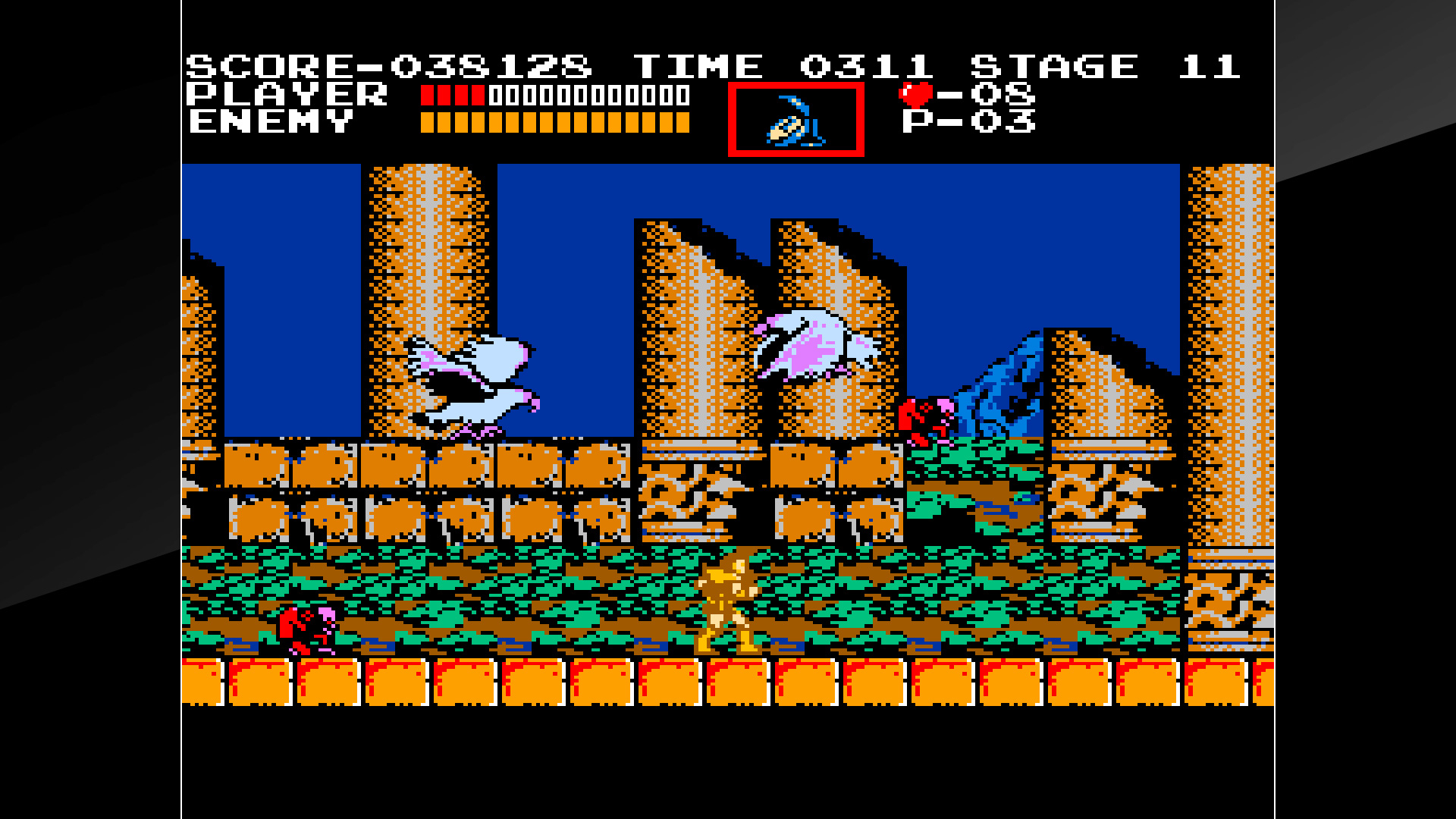 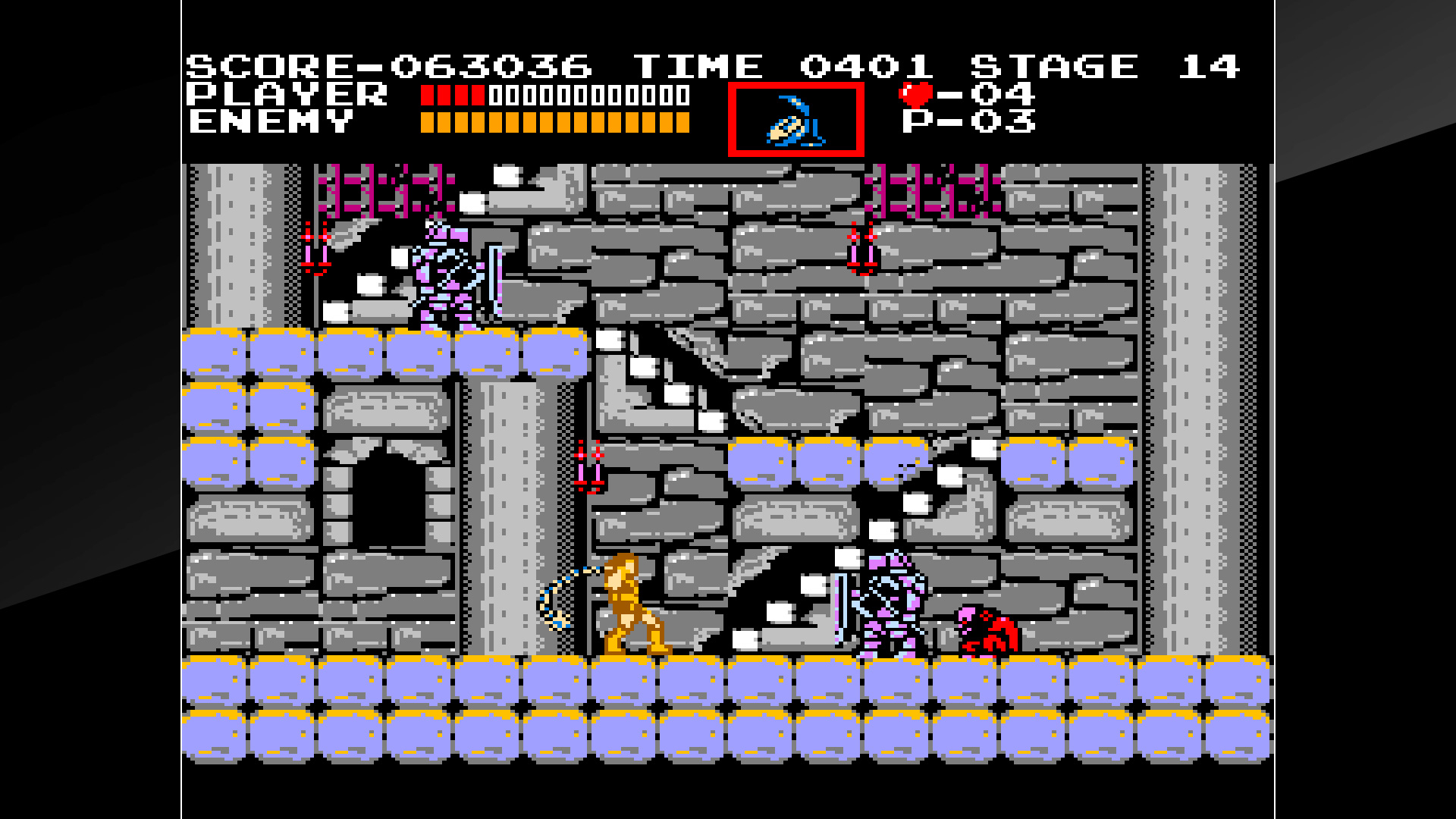 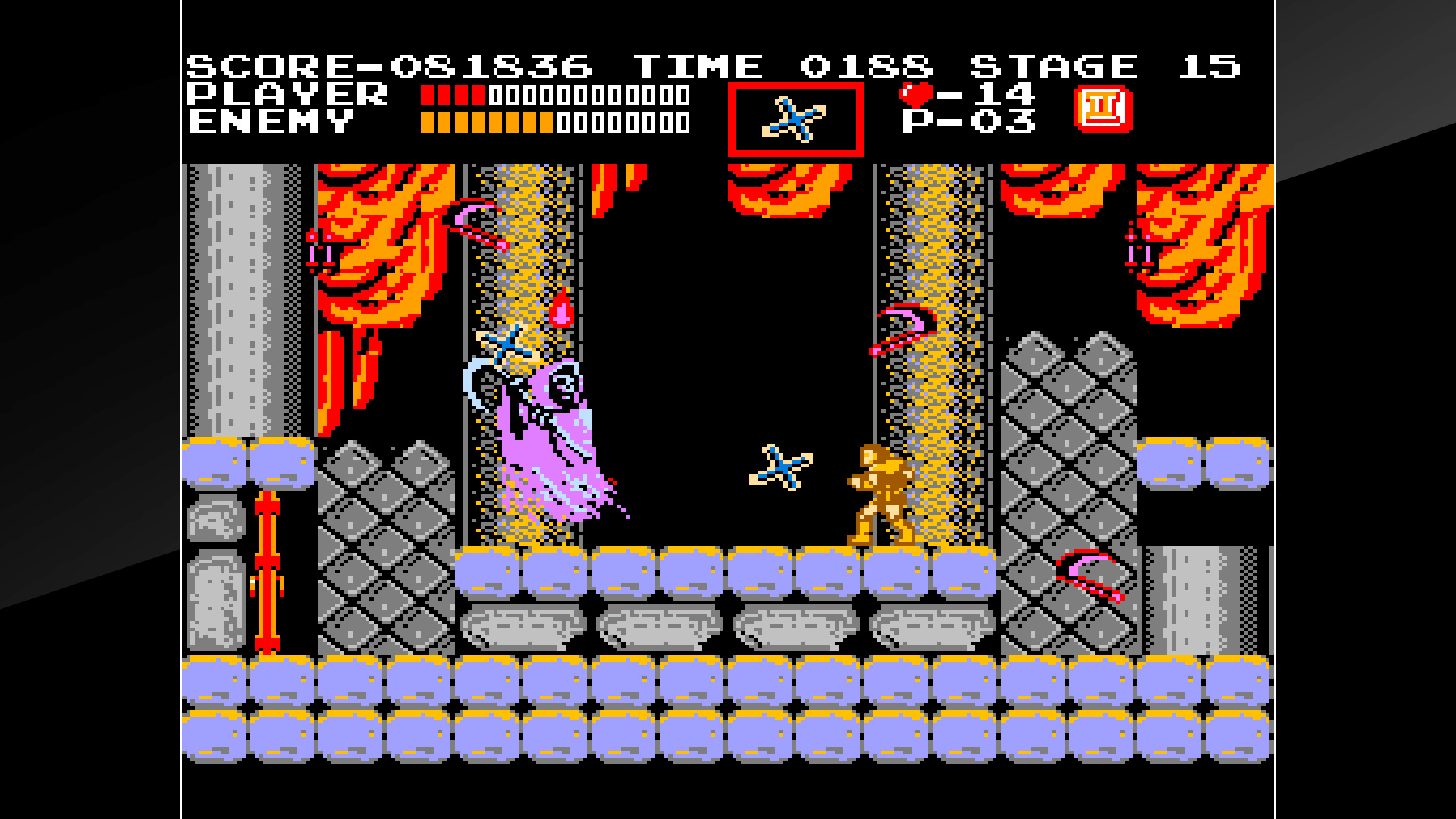 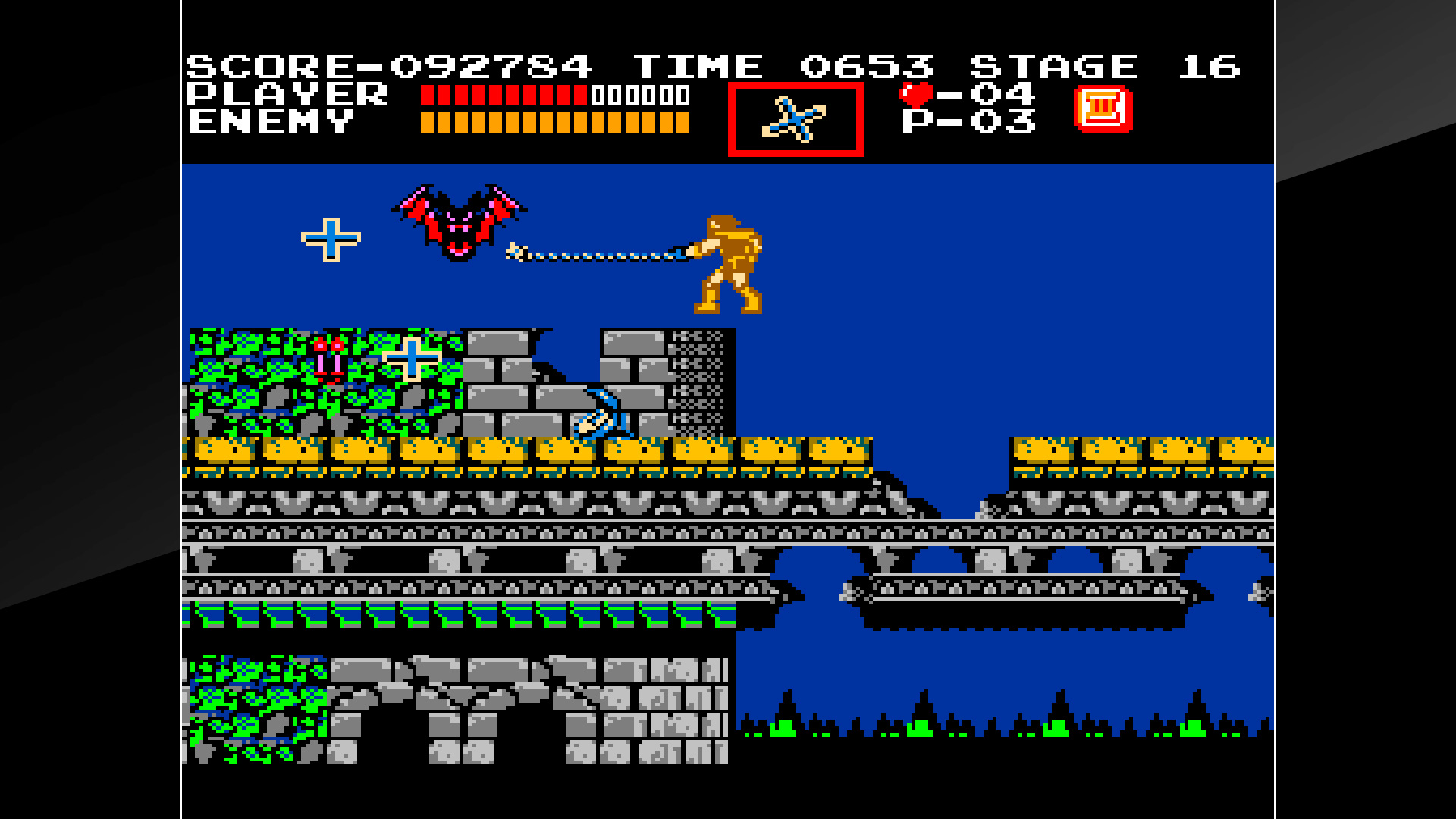 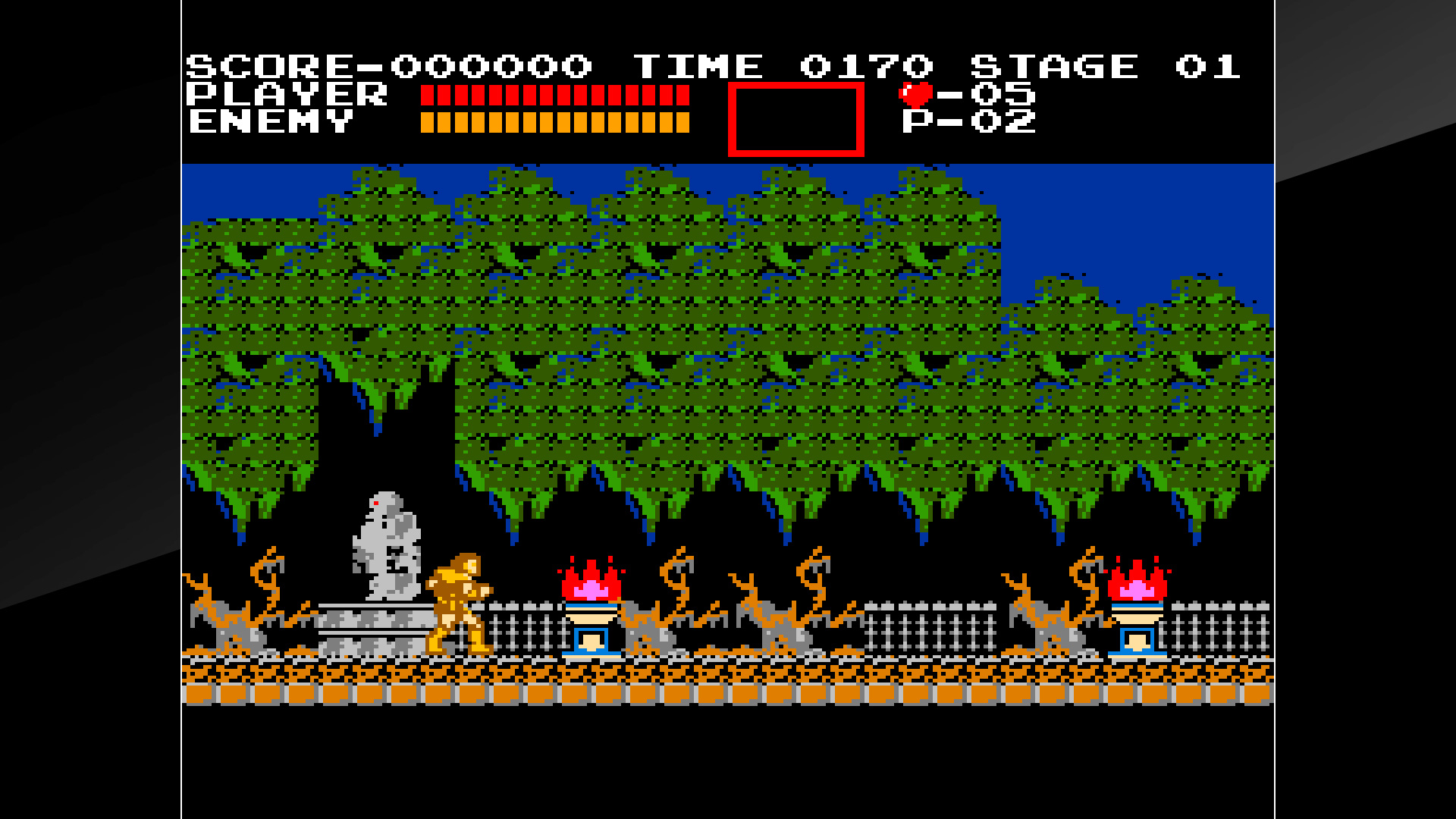 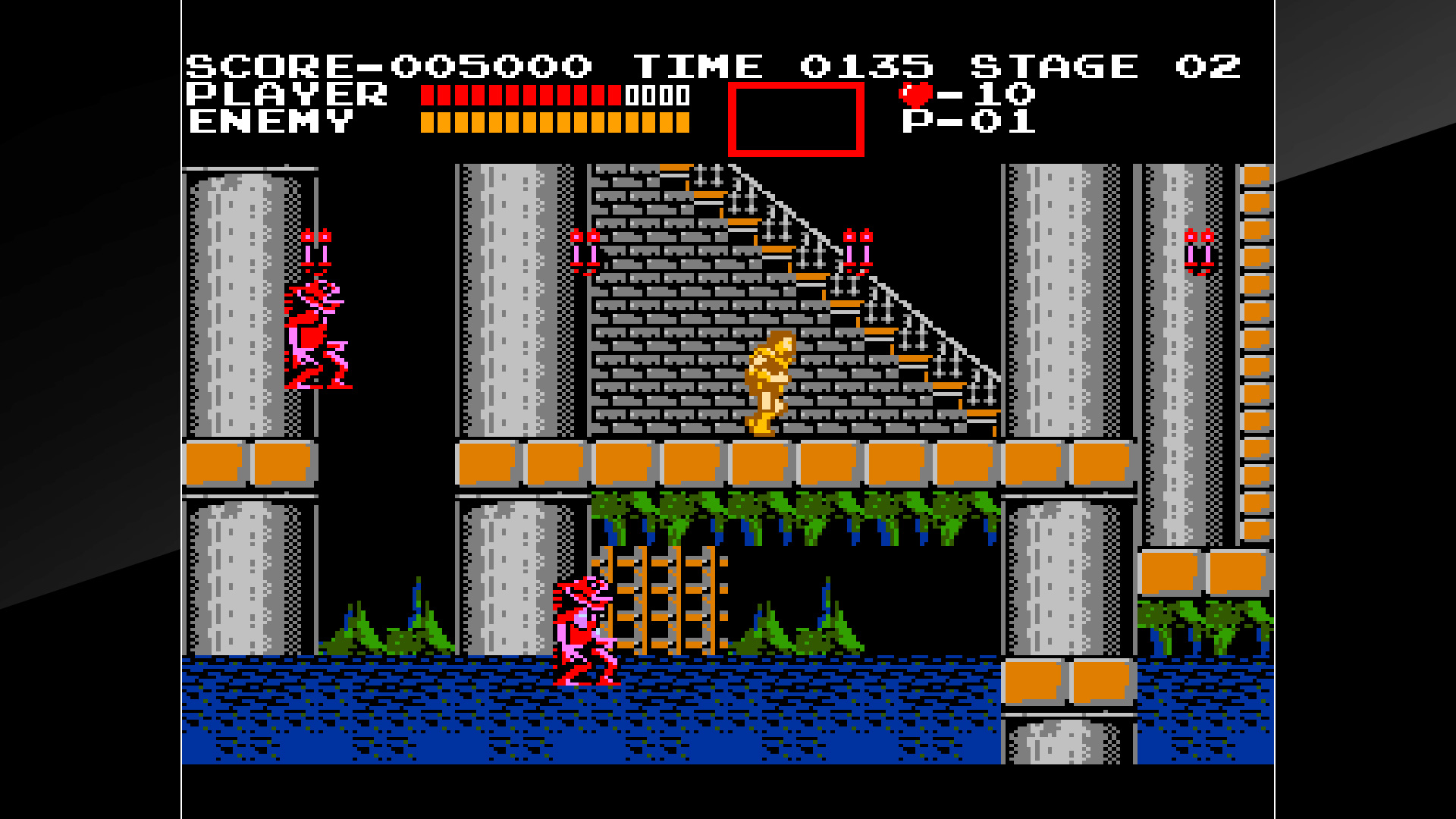 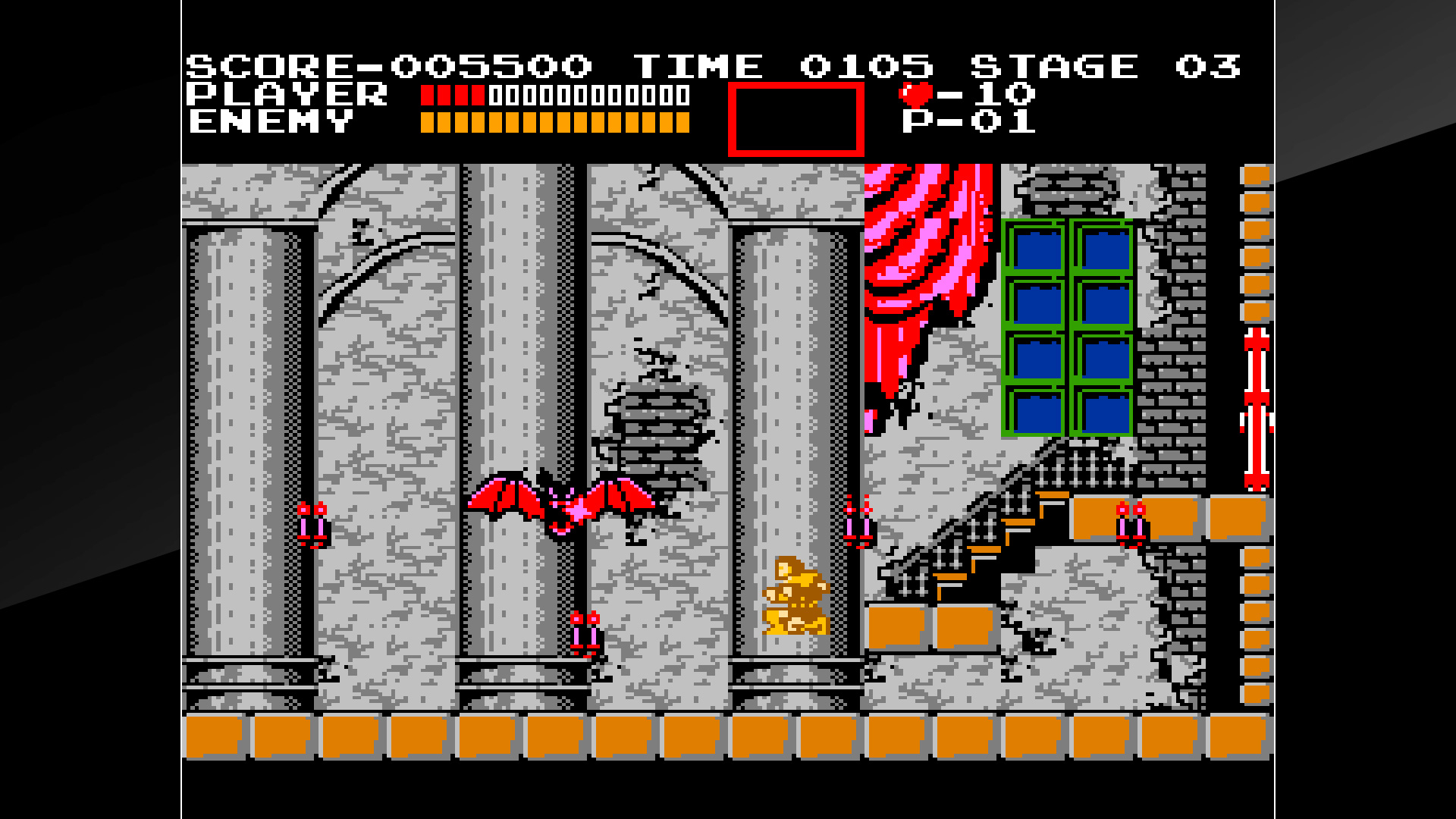 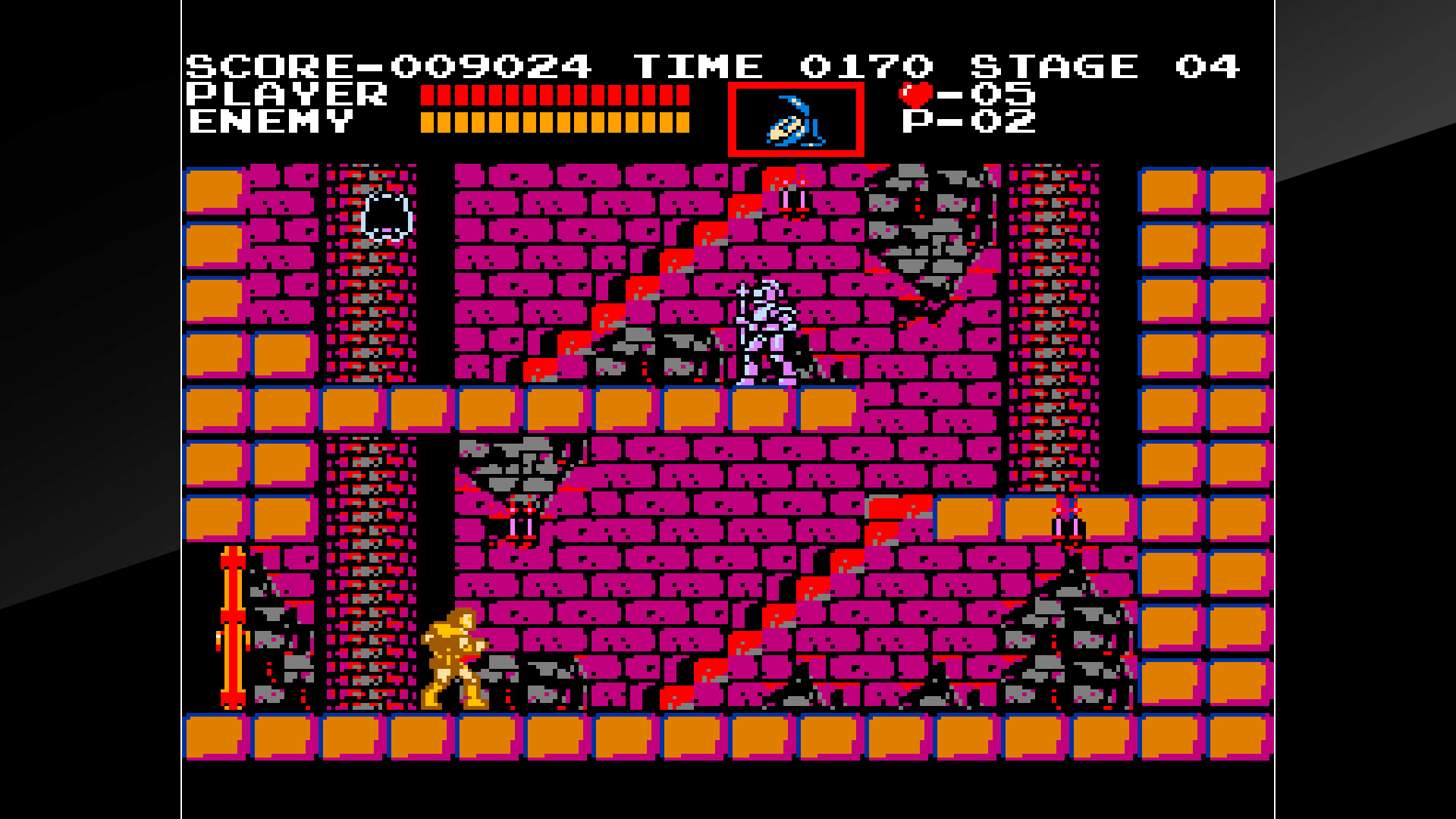 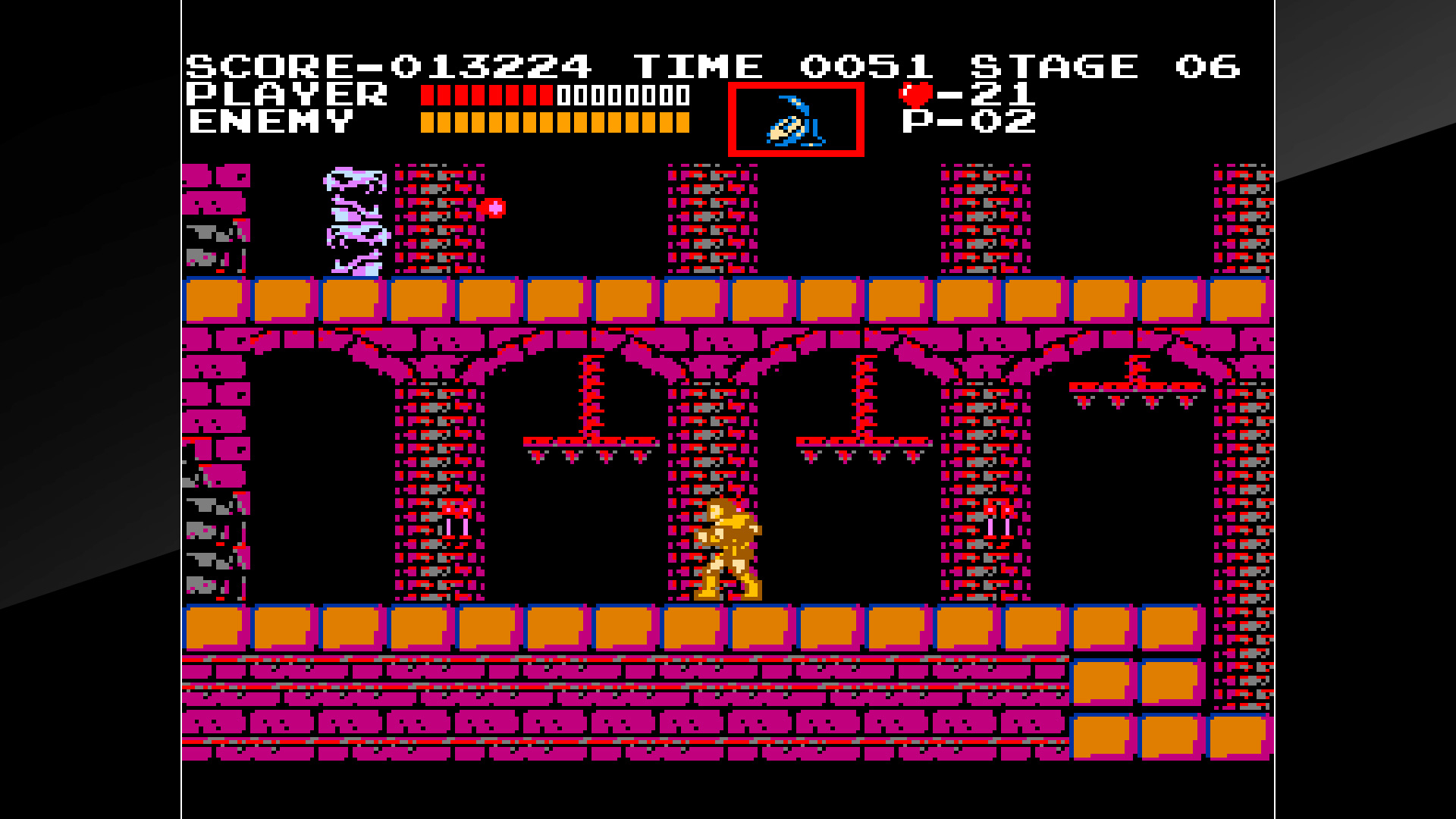 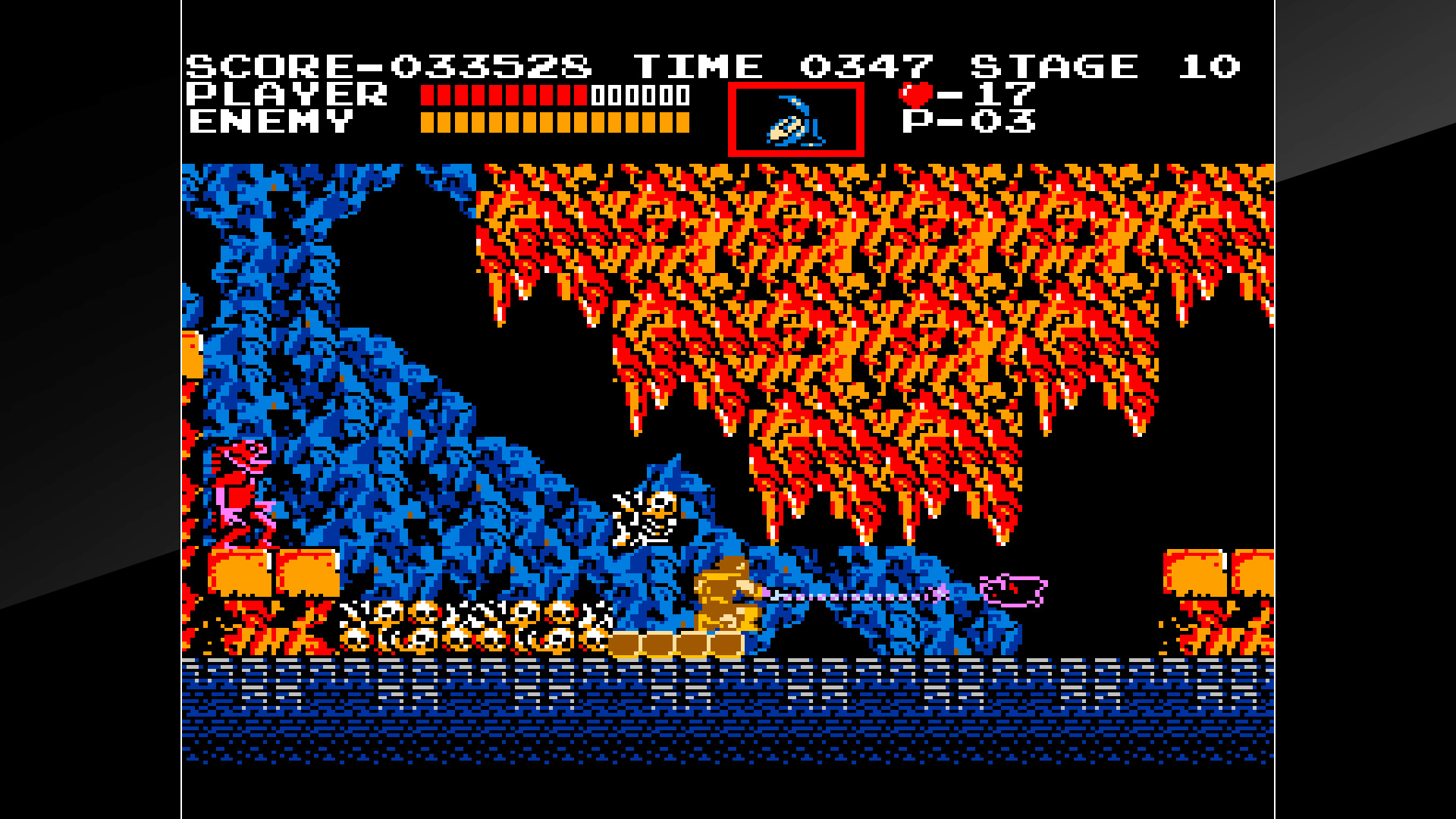 'VS. CASTLEVANIA' is an action game released by KONAMI in 1987.
The demonic Count Dracula has awakened from his 100 year slumber. Play as Simon, as he sets out for Dracula's castle of evil in order to defeat him.
With the whip handed down through his family and a variety of weapons, control Simon to defeat the children of the night standing in his way.