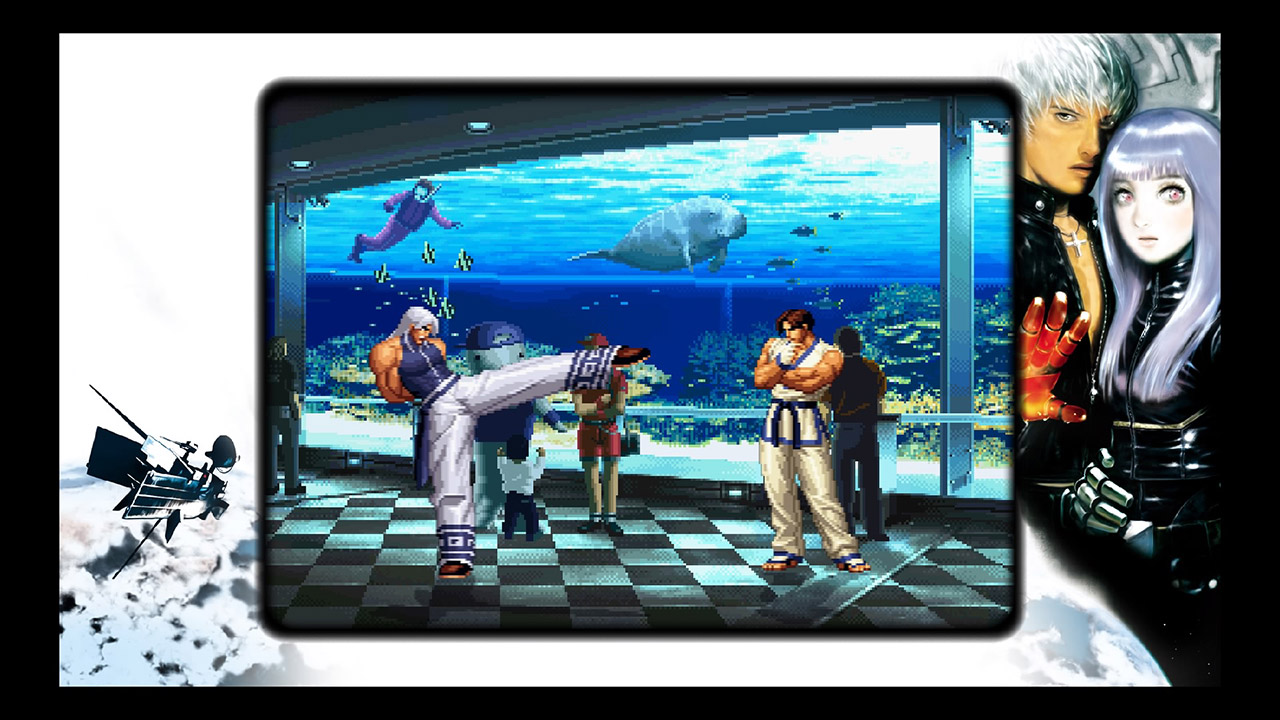 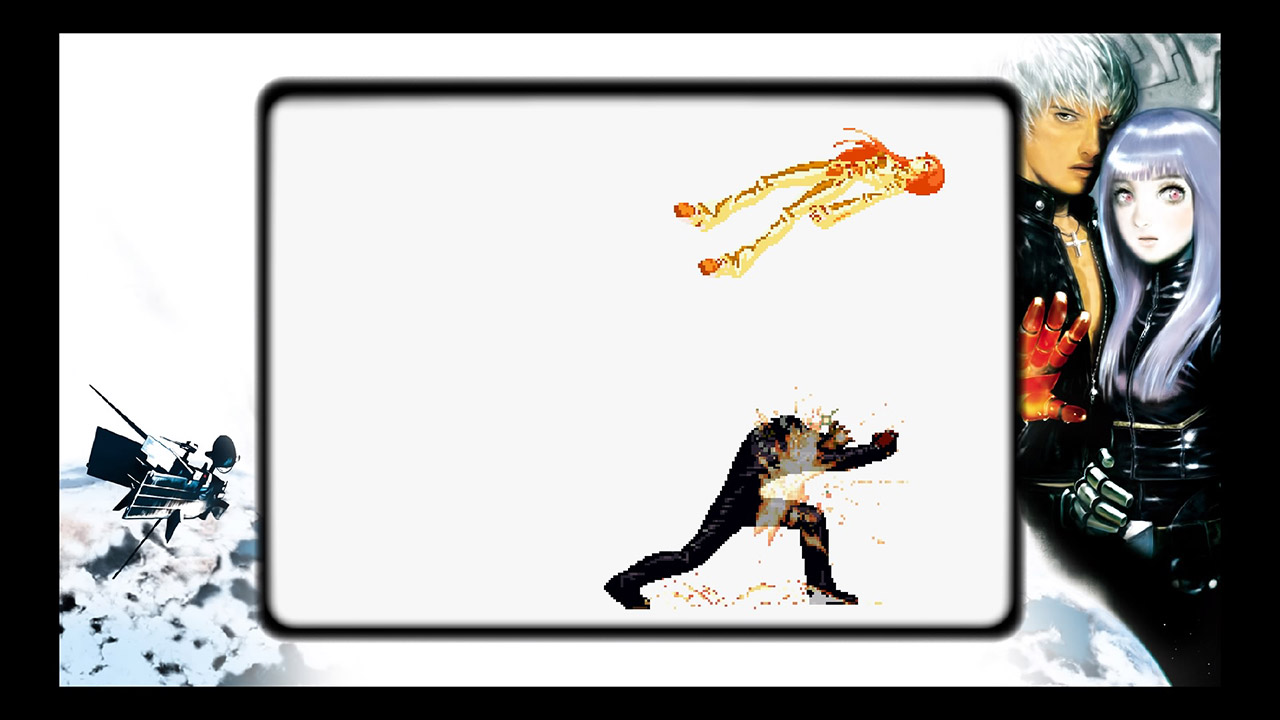 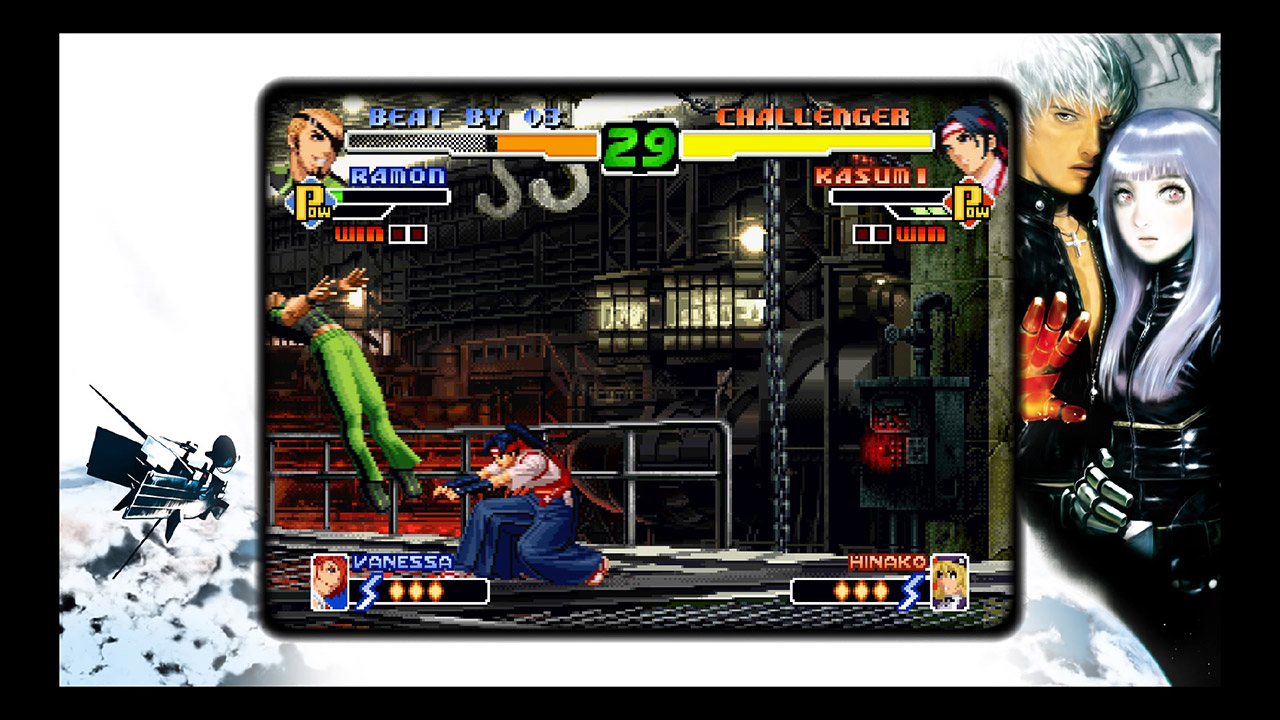 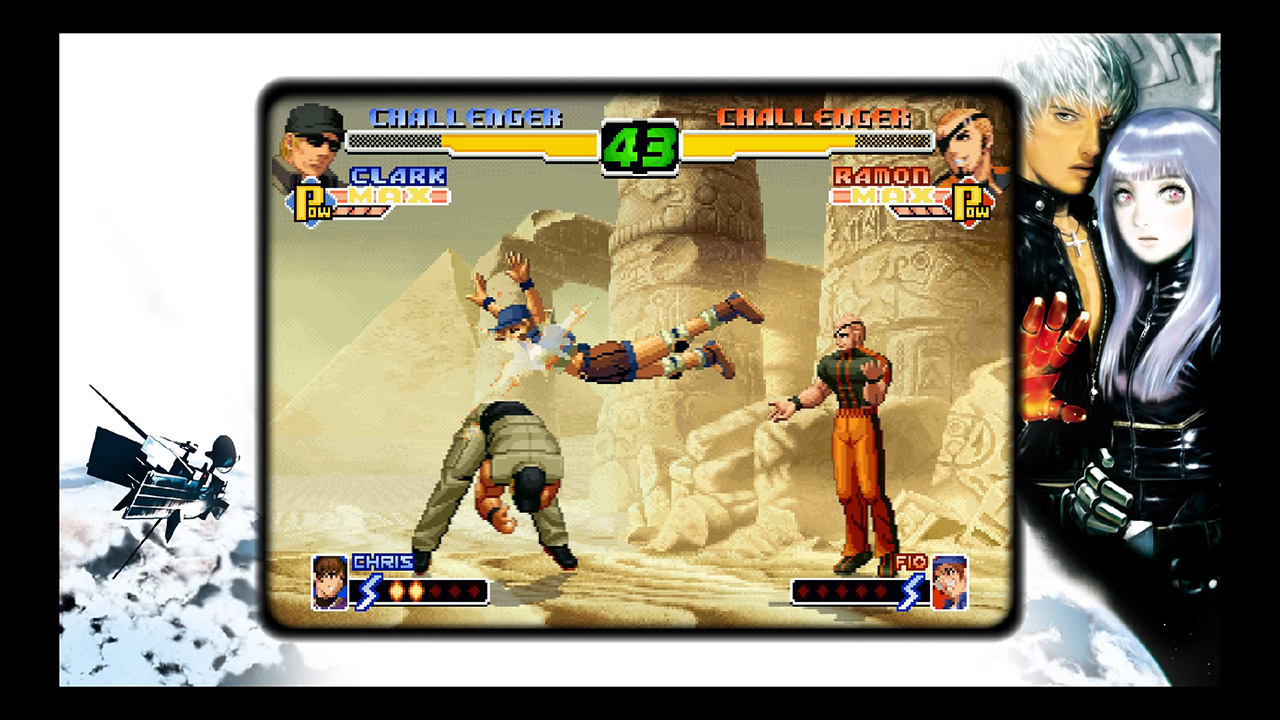 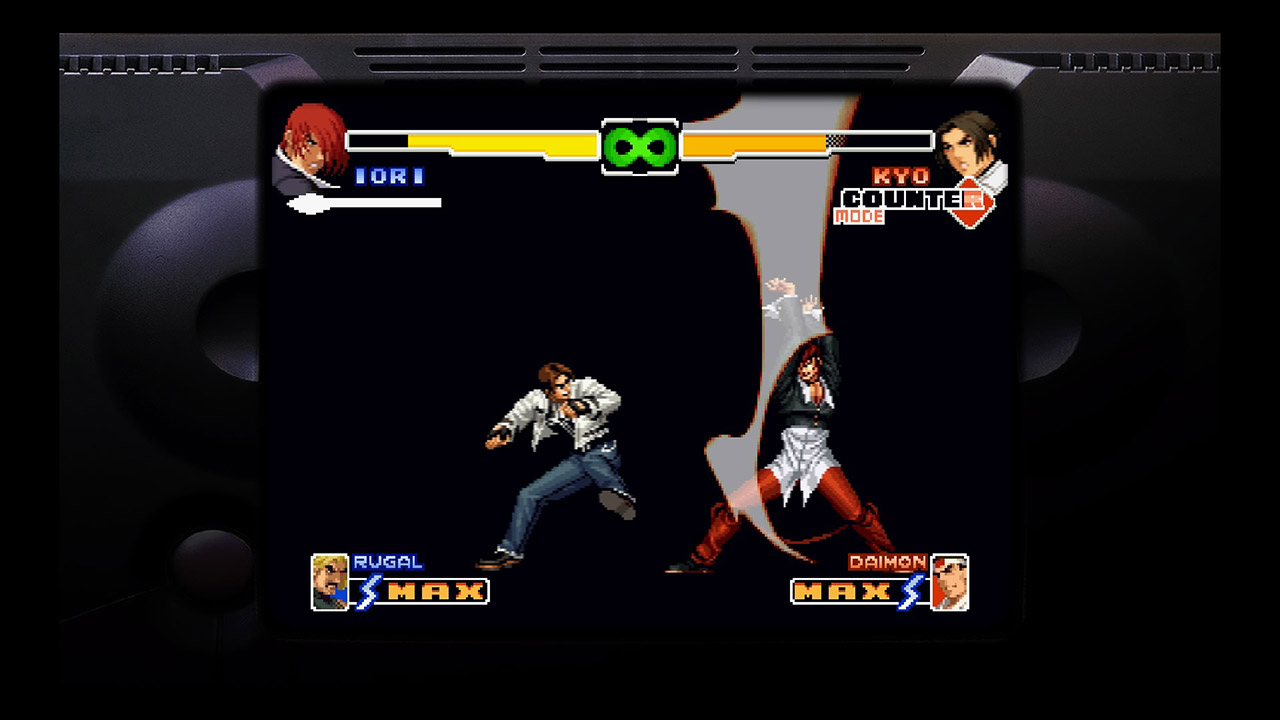 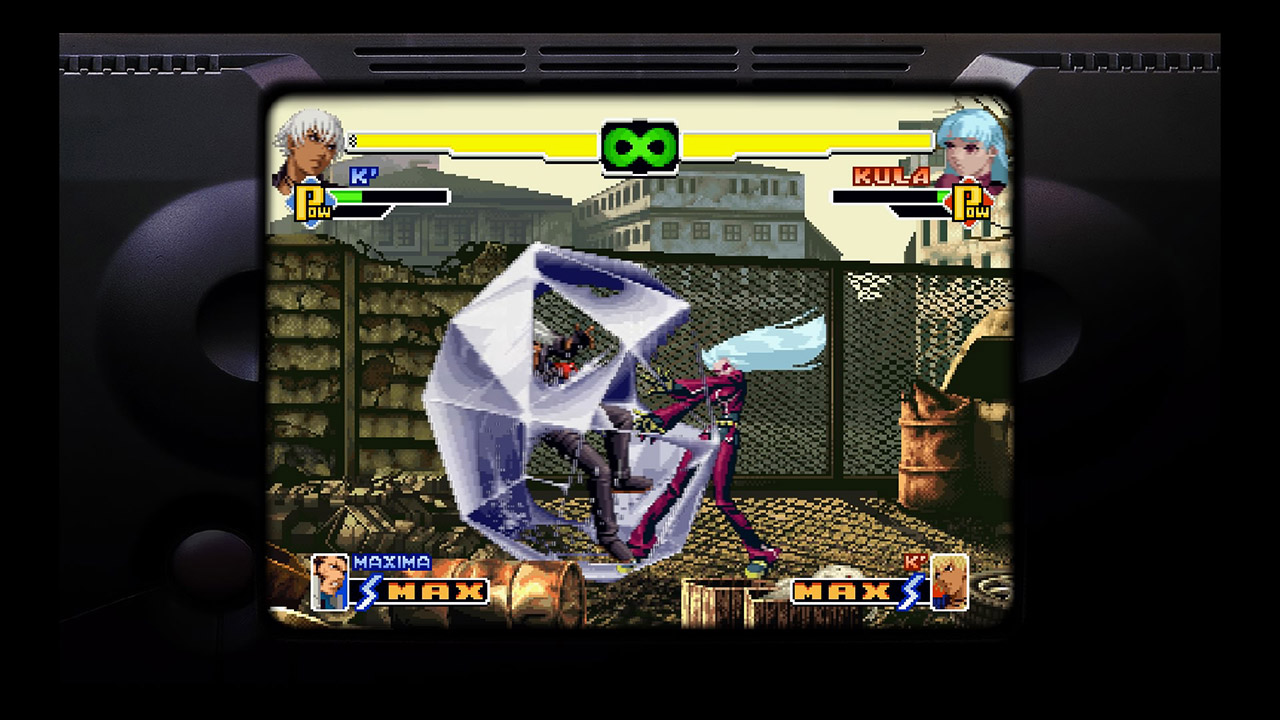 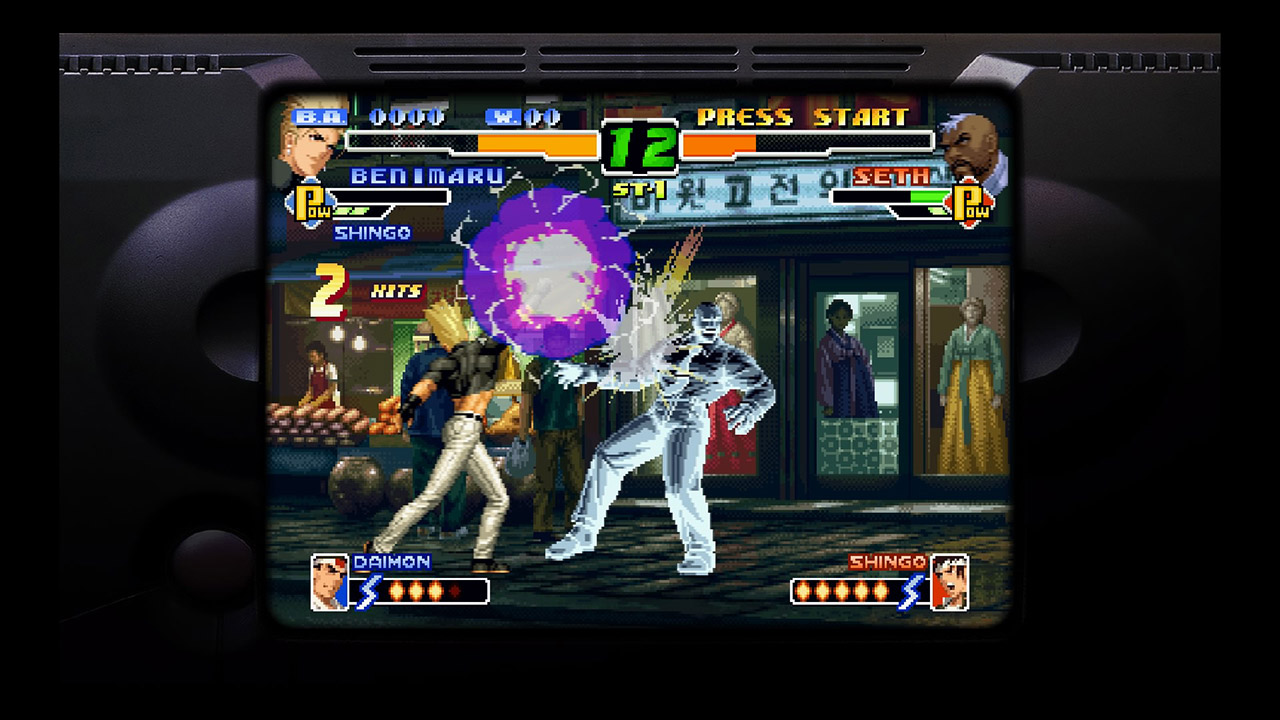 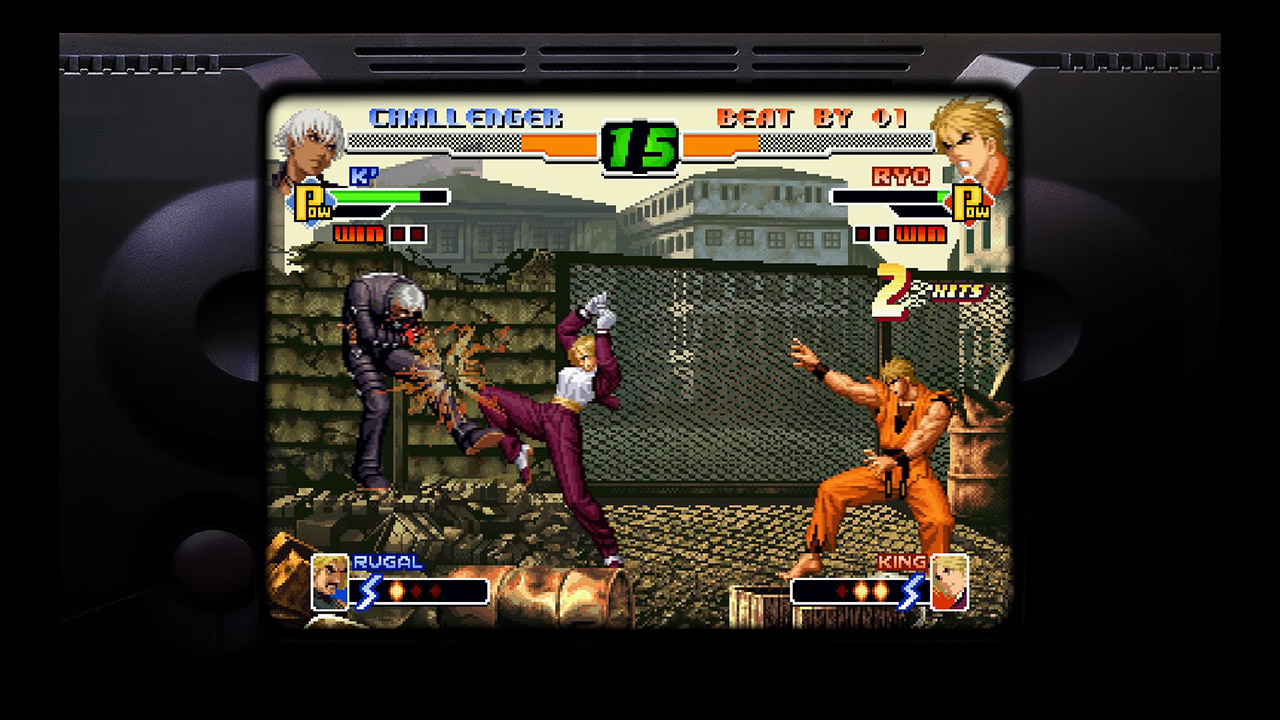 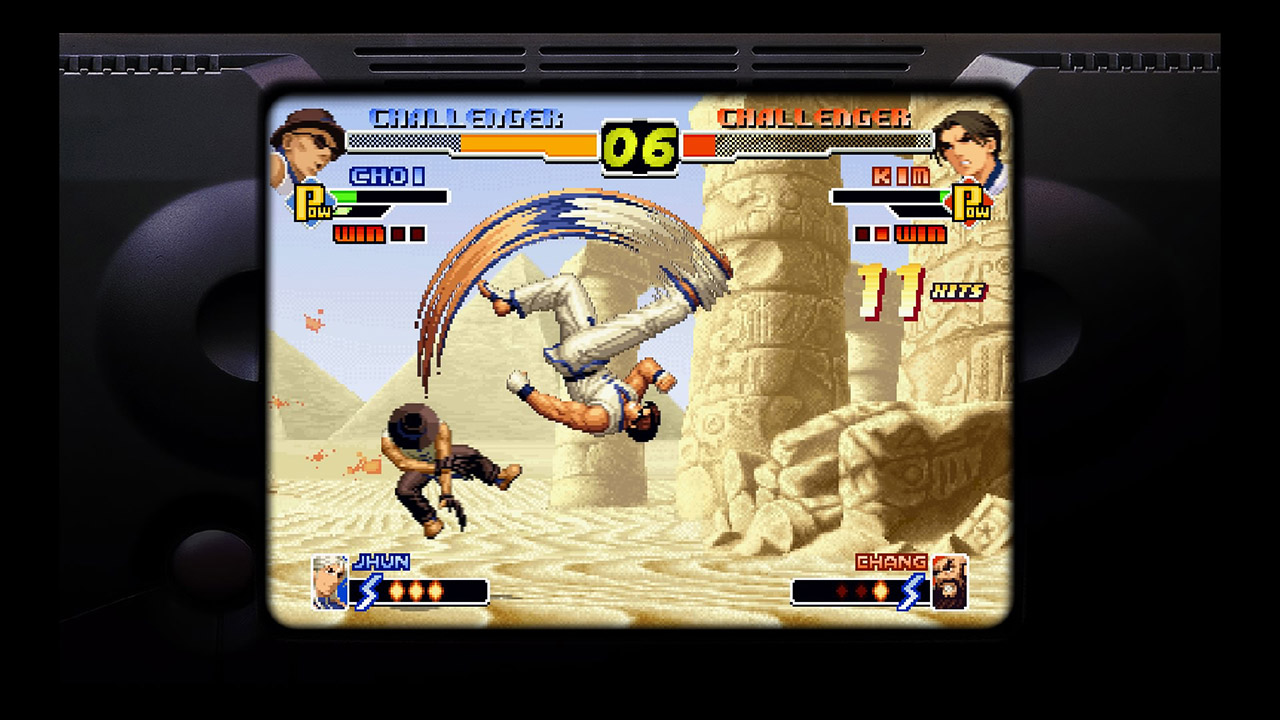 The existence of the secret society “NESTS” has finally been brought to light...
With terrorist attacks perpetrated here and there throughout the world, it didn't take a long time for Heidern's mercenary forces to guess that K’ and Maxima were behind these attacks. As the 'NESTS' organization is moving on to their next plan, and K' and Maxima join the KOF Tournament, called out as the officially invited team. Are these events just a coincidence, or are they being sponsored by 'NESTS' in the shadows?!
'KOF 2000' brings back the elements that made the success of its prequel KOF ’99 a huge success, while making the gameplay more accessible to an even wider audience. Numerous hero characters from SNK's nostalgic franchises join 'KOF 2000' giving assistance to their team members via the new 'ACTIVE STRIKER' gameplay feature. Hone your skills and strategy with your favorite strikers, and put an end to the evil ambitions of 'NESTS'!