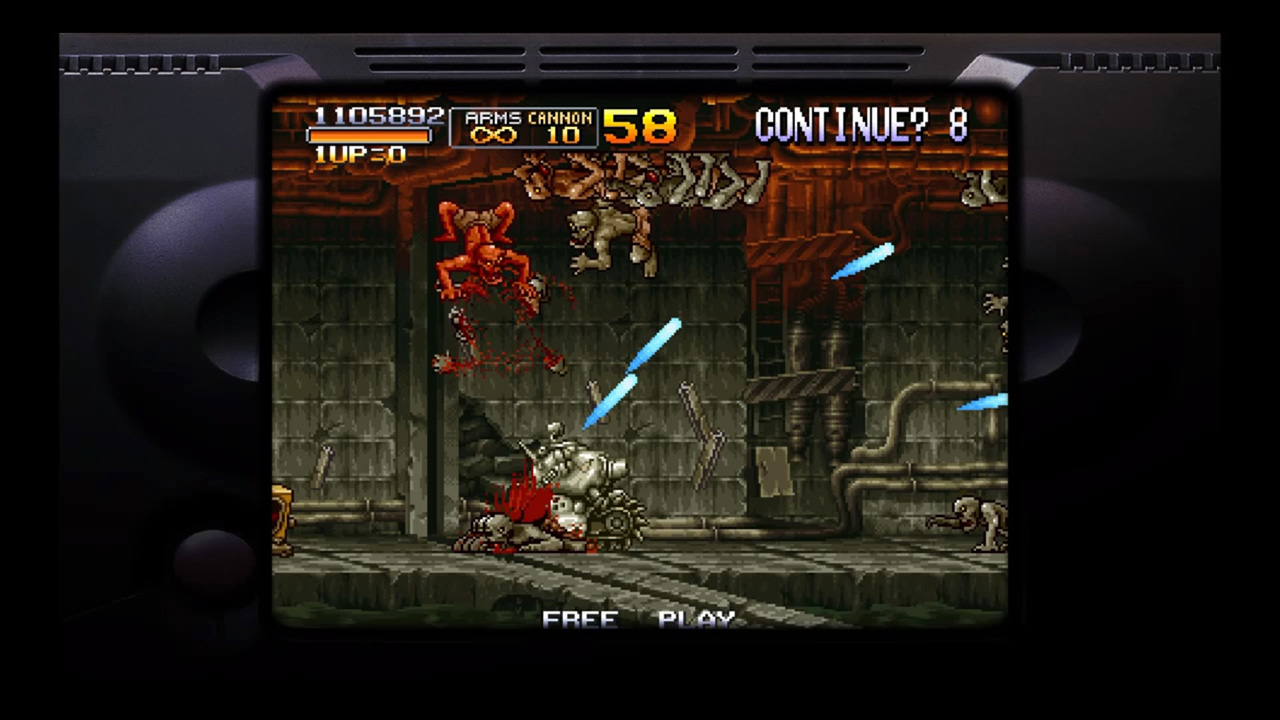 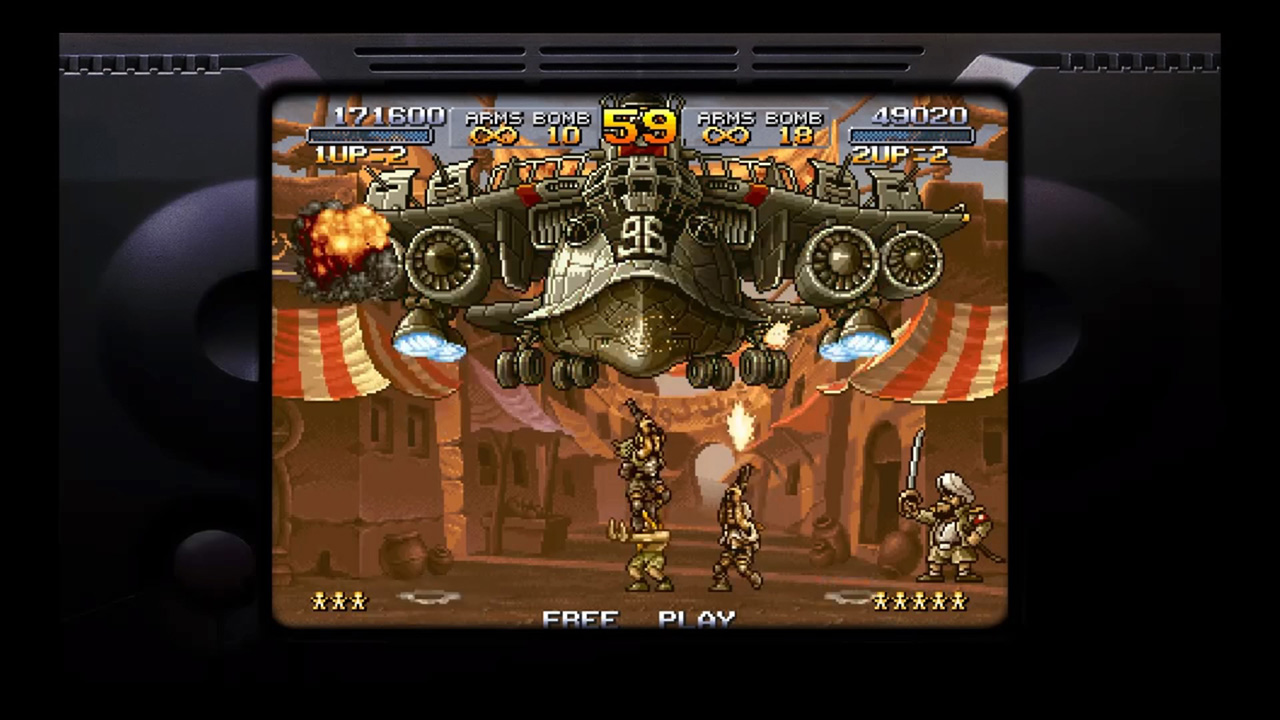 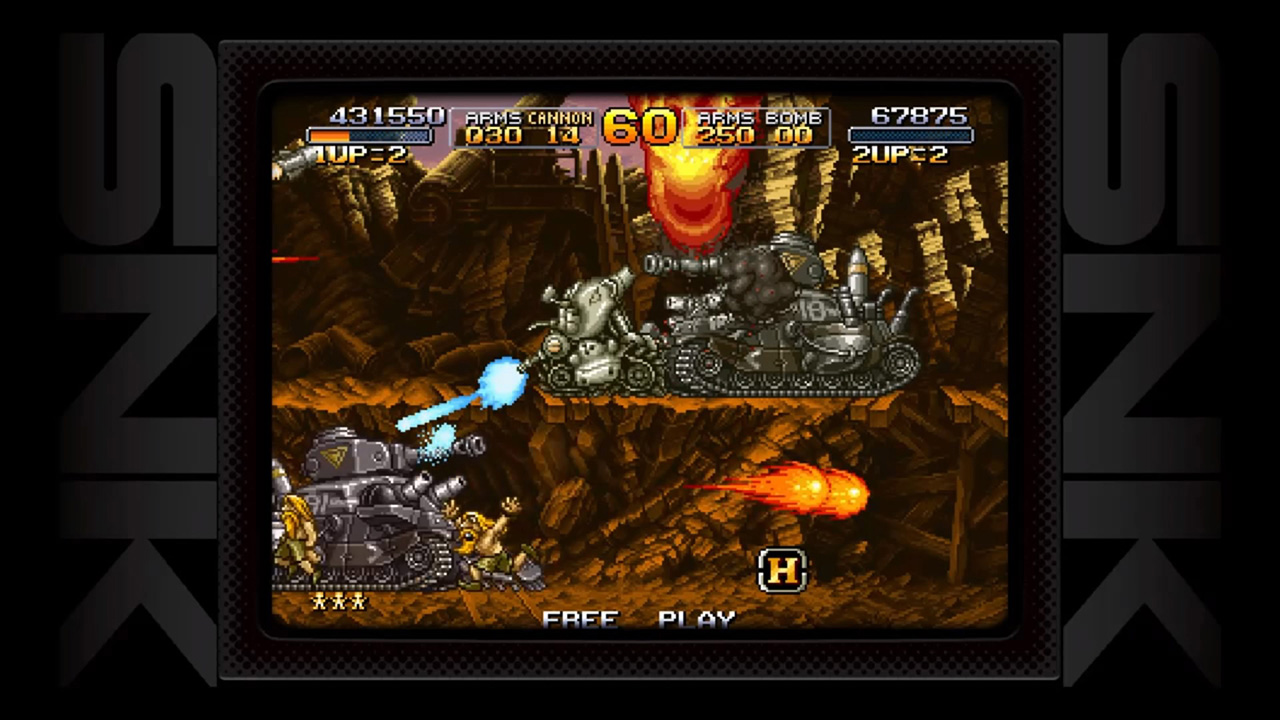 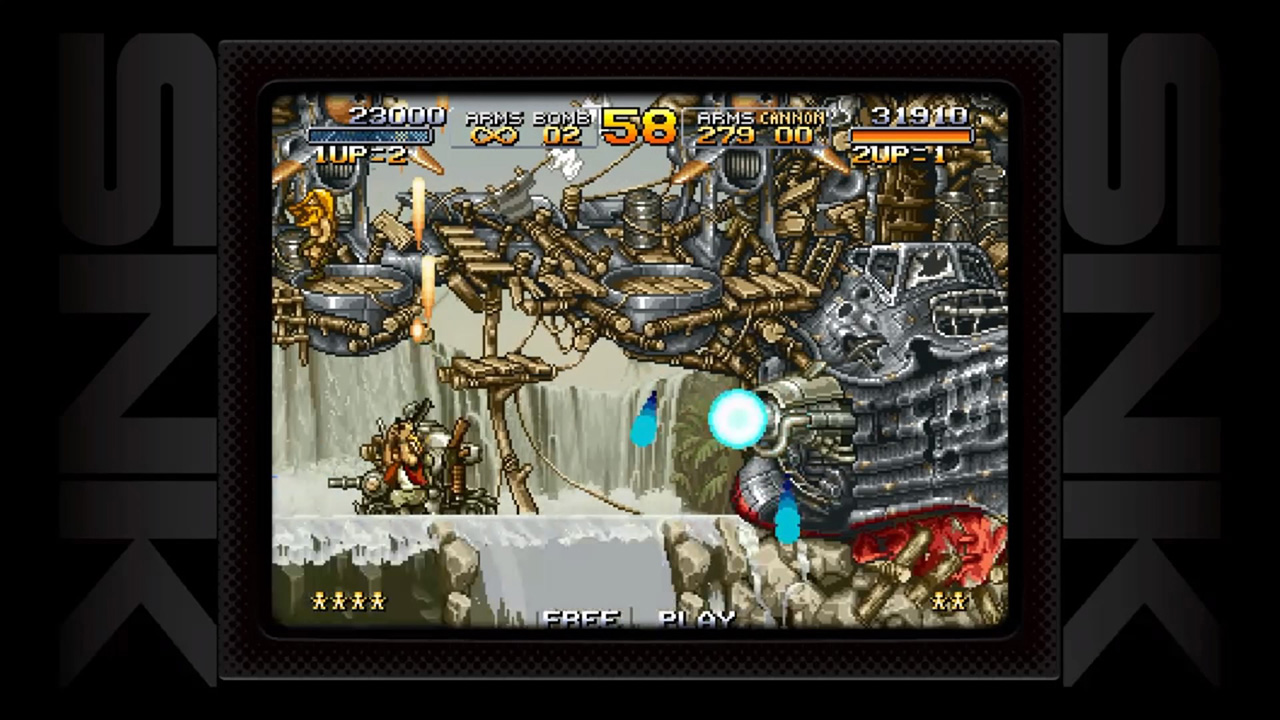 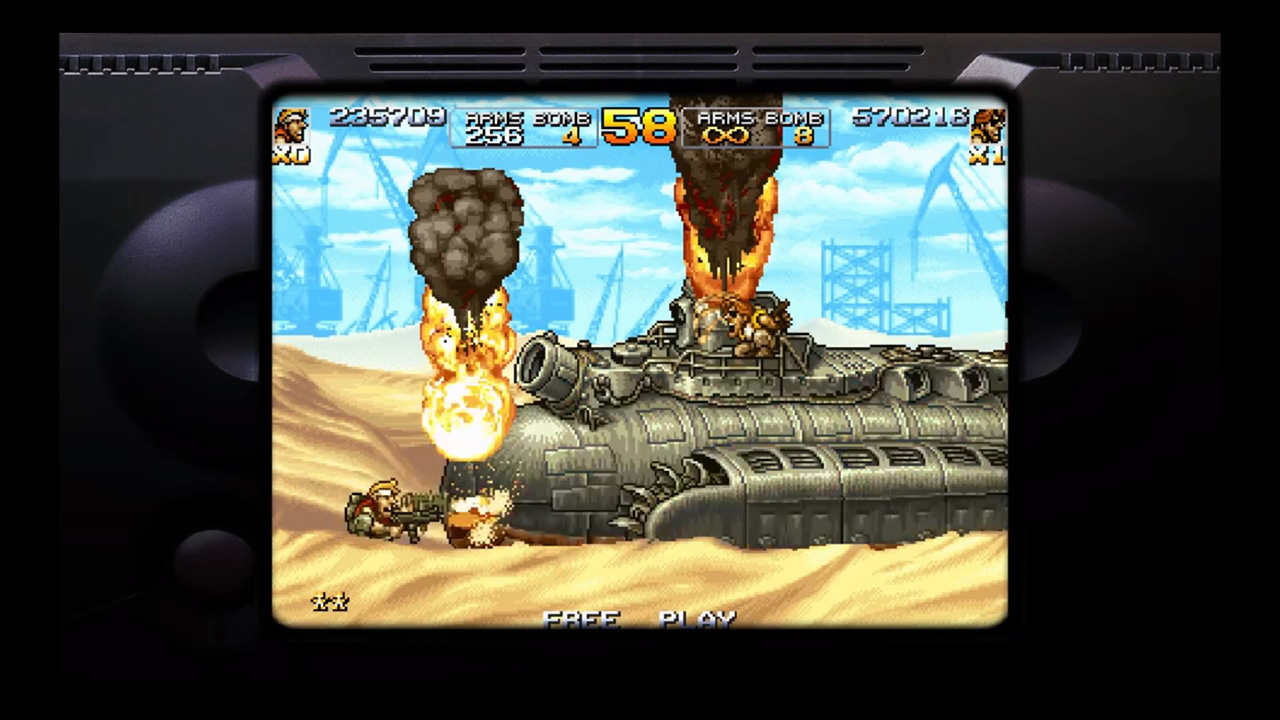 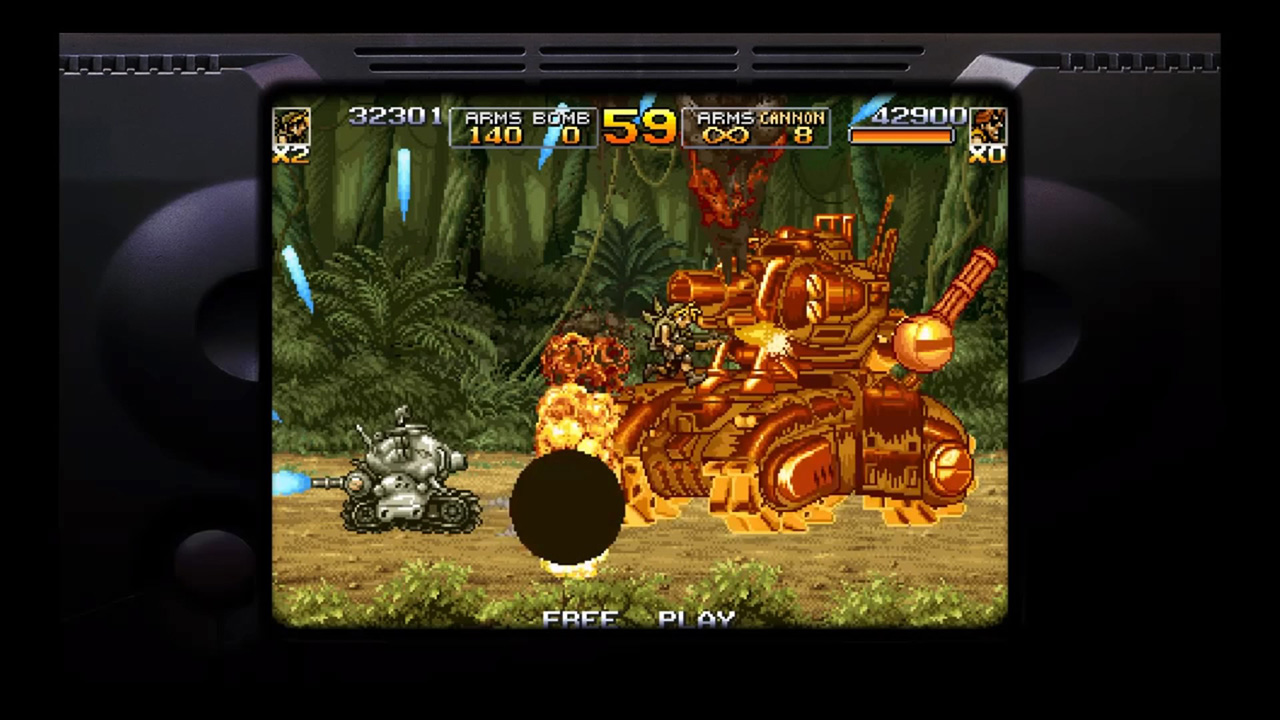 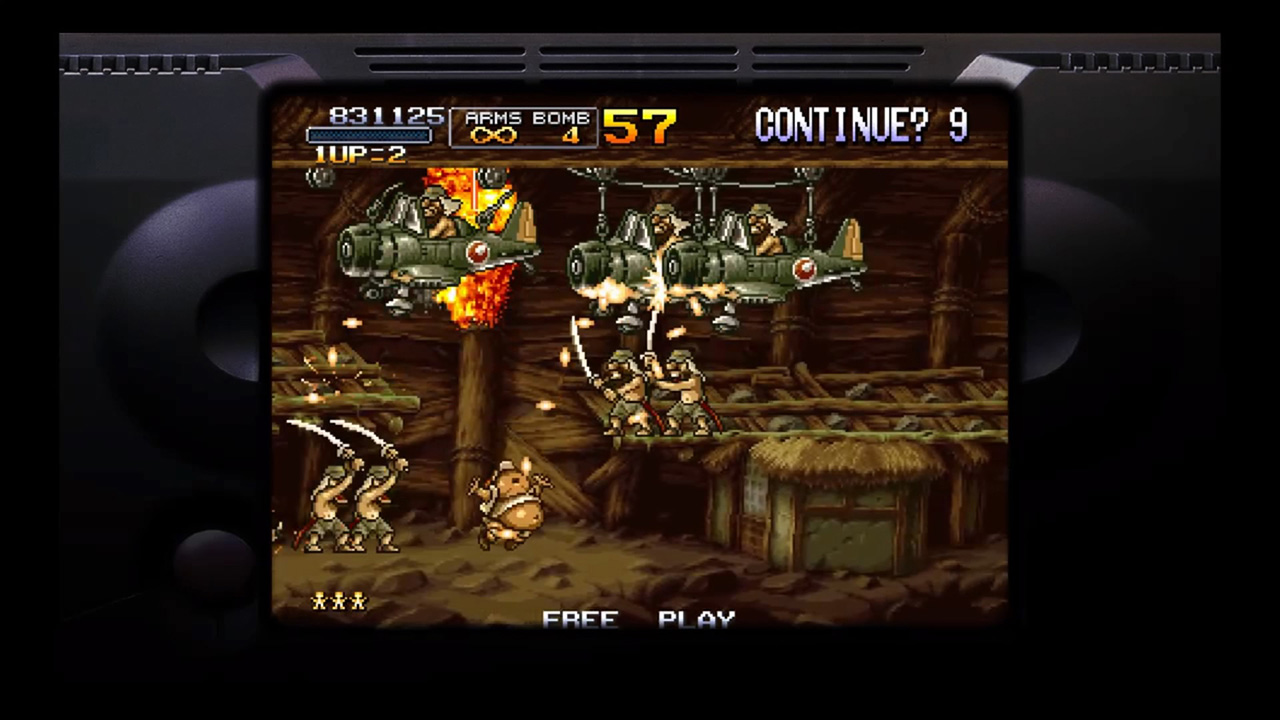 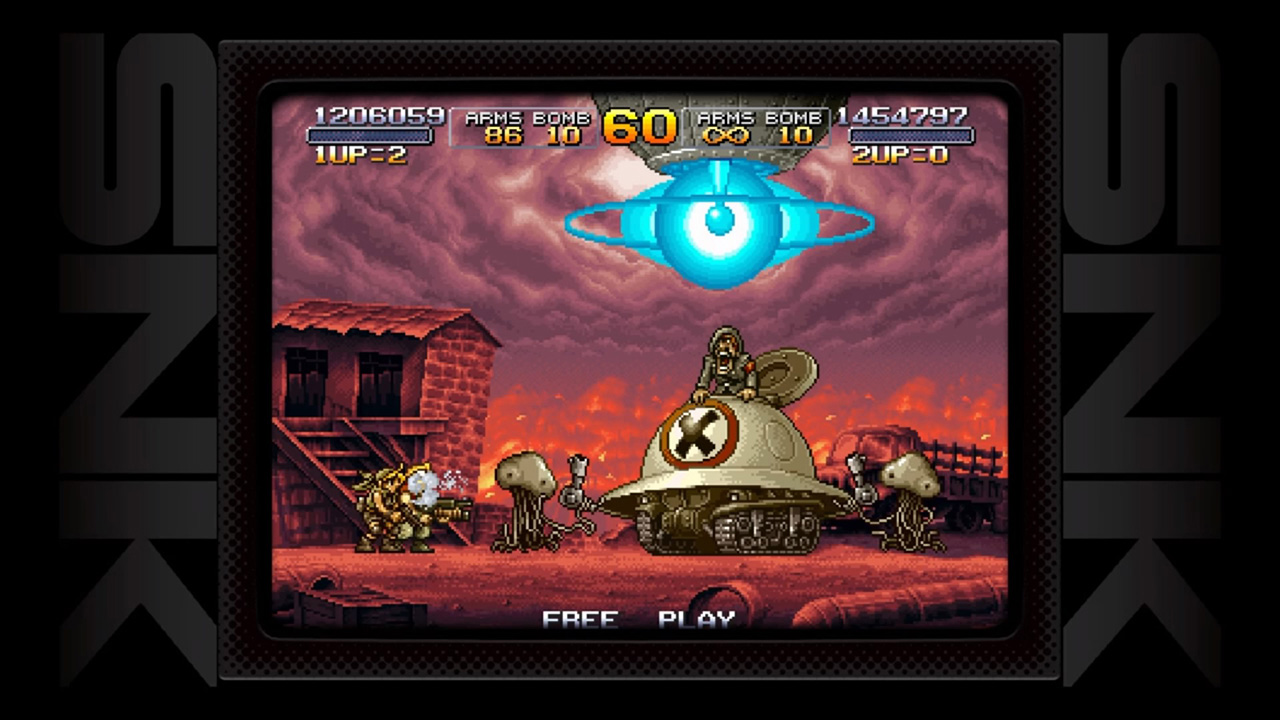 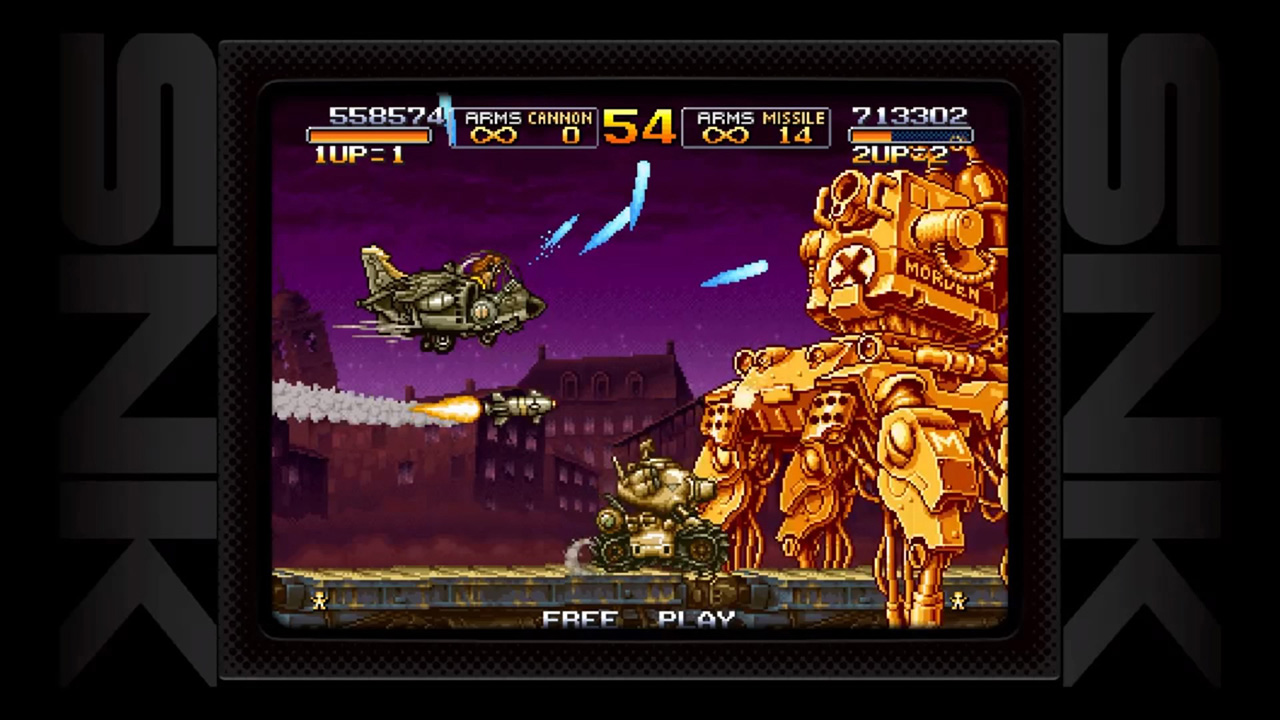 In 1996, an arcade legend was born with the release of 'METAL SLUG: Super Vehicle 001'. The clever mix of the military-style themed, side-scrolling action shooting / platform gameplay, with a wacky sense of humor and hilarious cartoon style met with an instant success among players around the world.

The popularity of SNK's legendary action-shooting series has never shown any signs of slowing down over the years. To celebrate, the creators of METAL SLUG ANTHOLOGY™ stopped at nothing to provide a 2D, side-scrolling compilation with all the great gameplay possibilities into this complete arcade compilation.

Each installment in the series included in METAL SLUG ANTHOLOGY™ offers unique, memorable gameplay and game objectives centered around a futuristic battle between the Regular and Rebel Army. The Regular Army gathered its scattered troops and launched a desperate counter attack recapturing the stolen Metal Slug, and using an arsenal of vehicles to destroy the opposition!

An exclusive bonus PS4 Theme is available with the purchase of METAL SLUG ANTHOLOGY™.