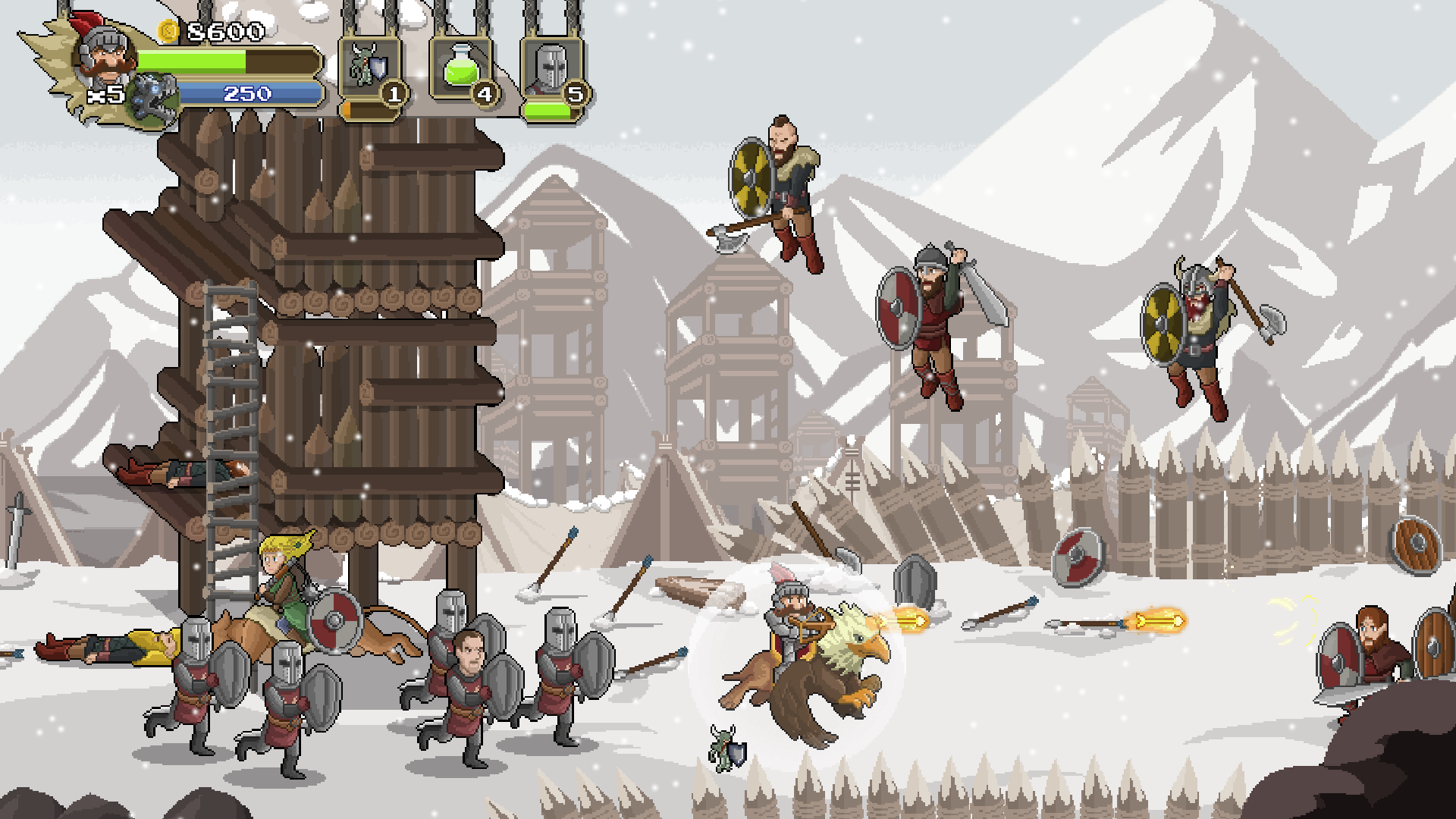 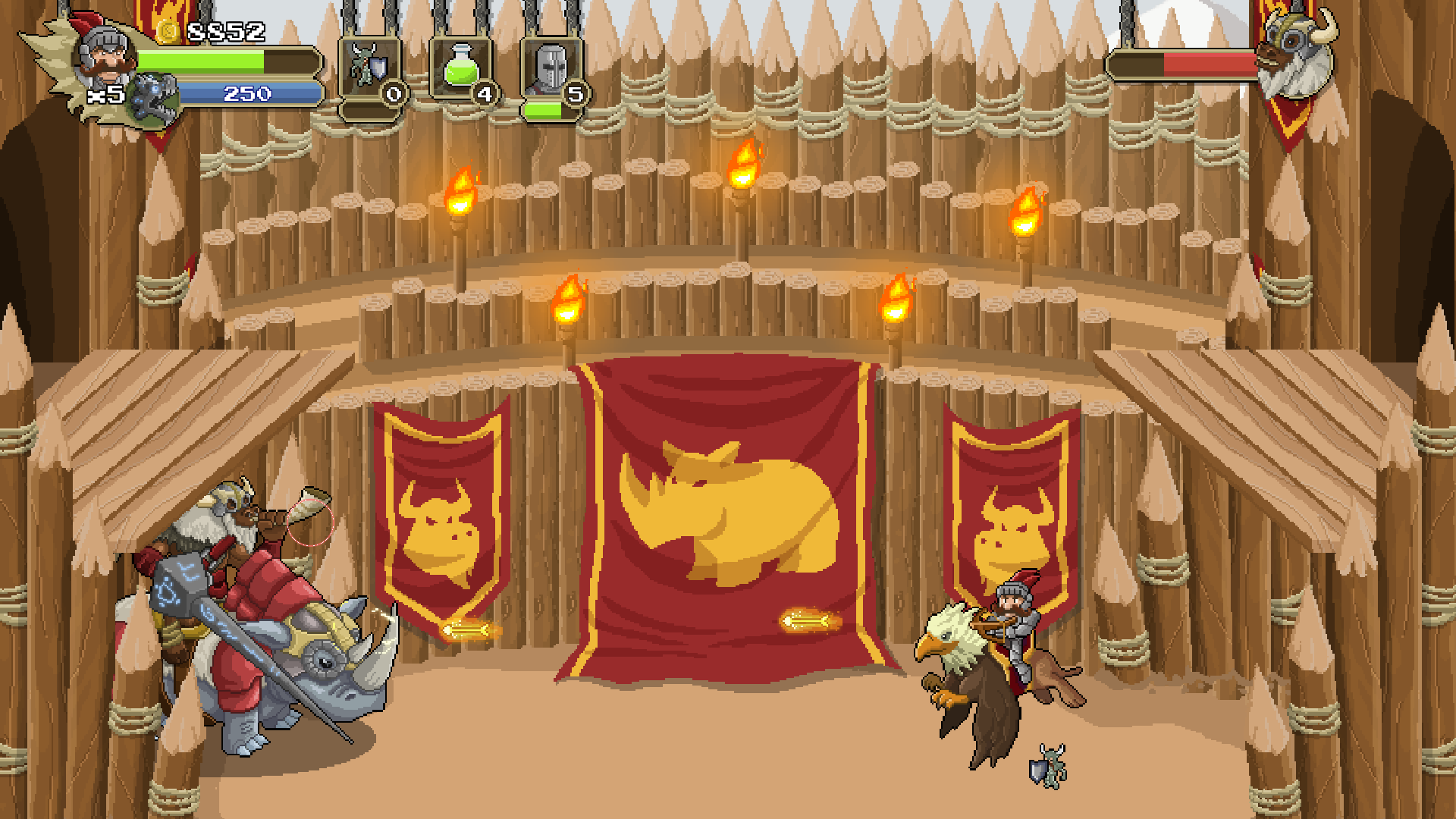 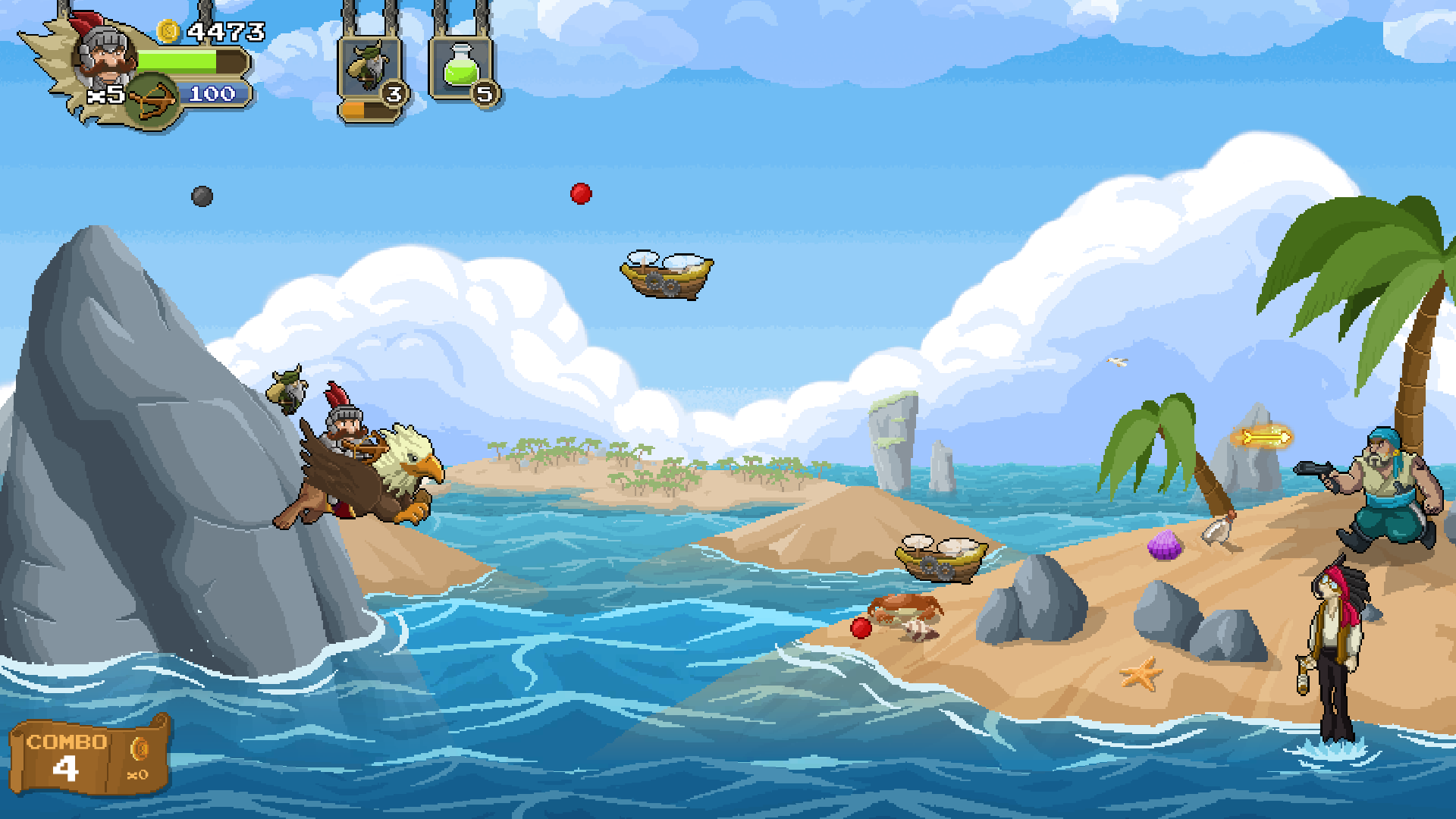 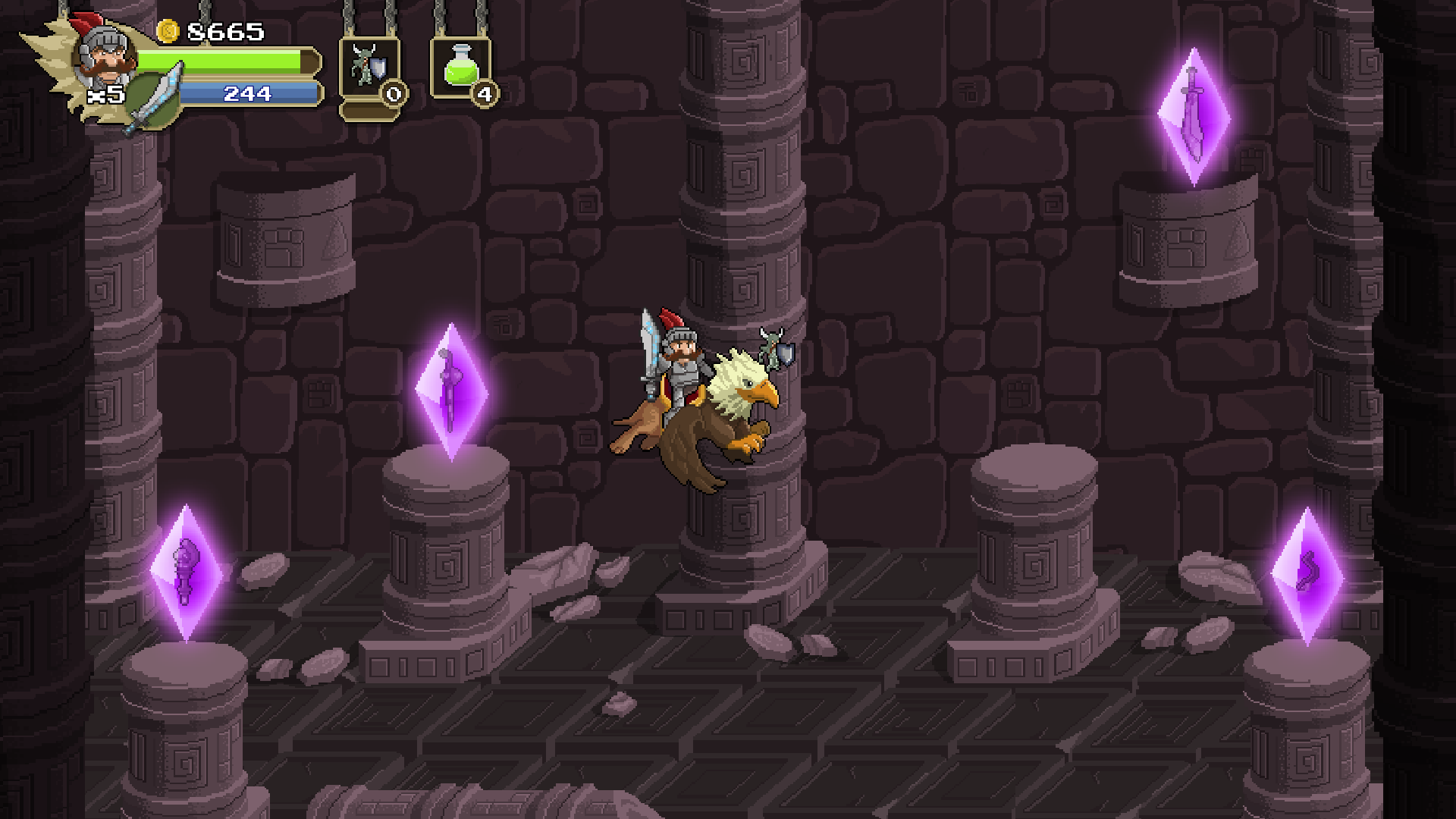 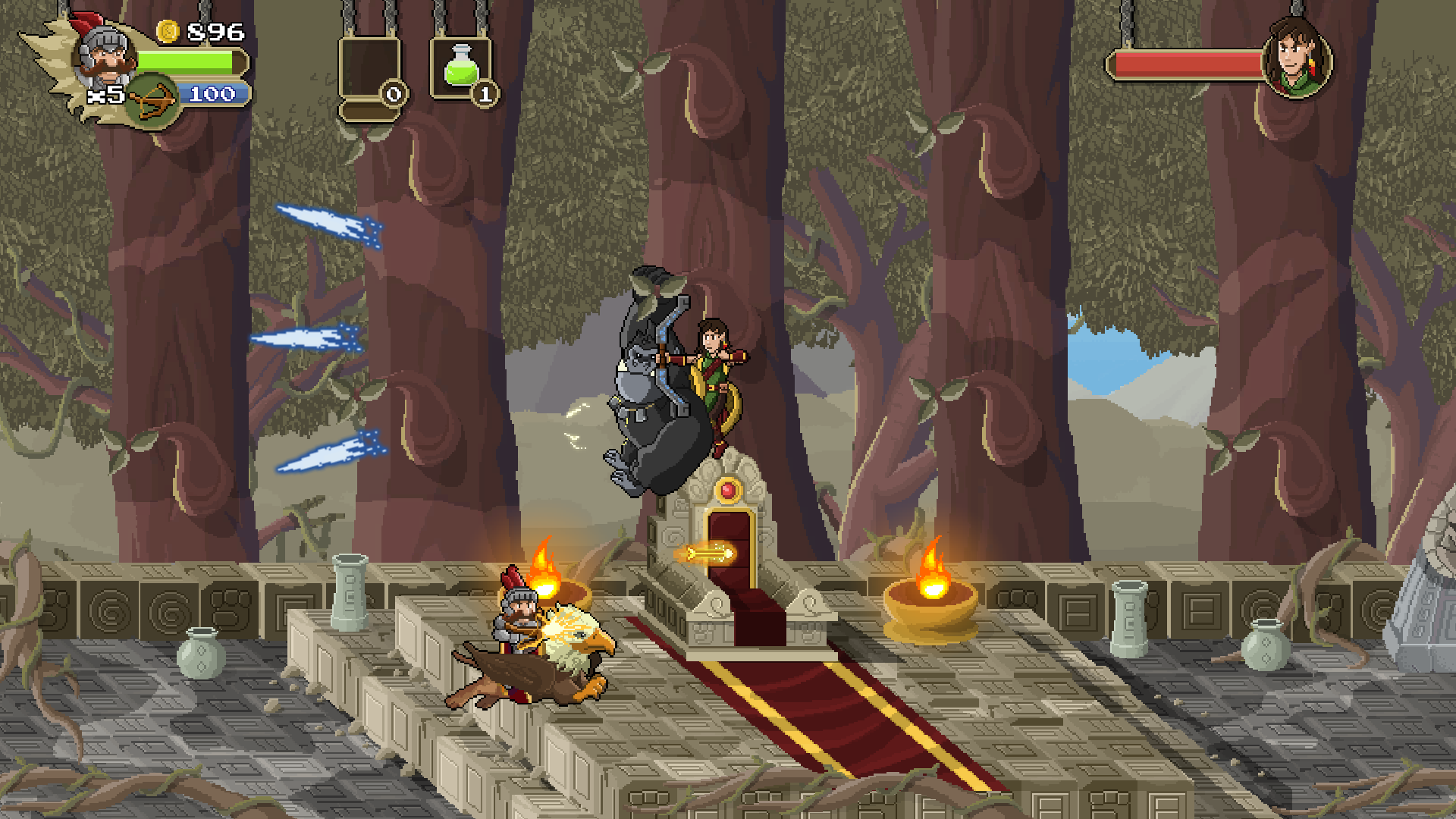 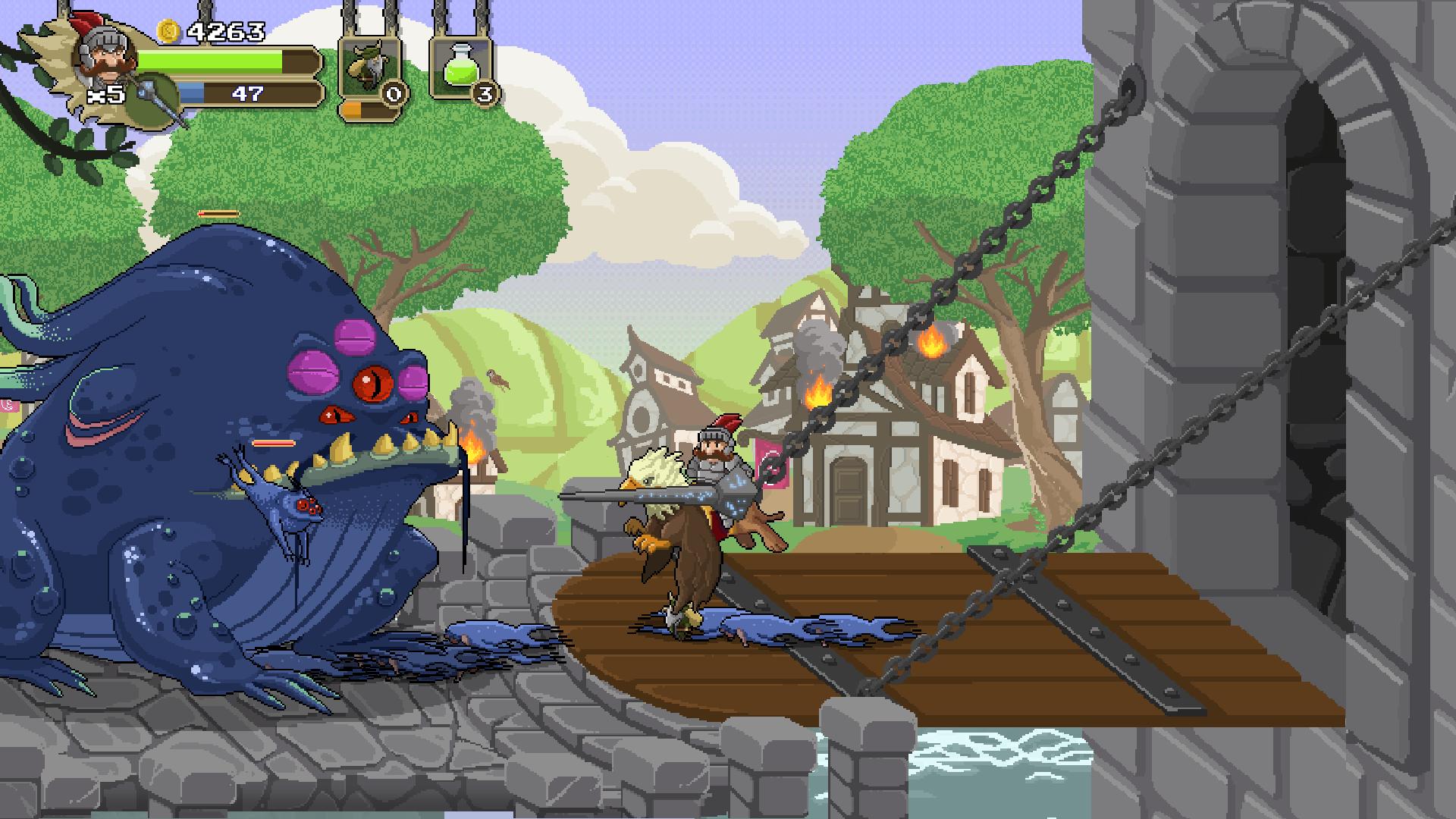 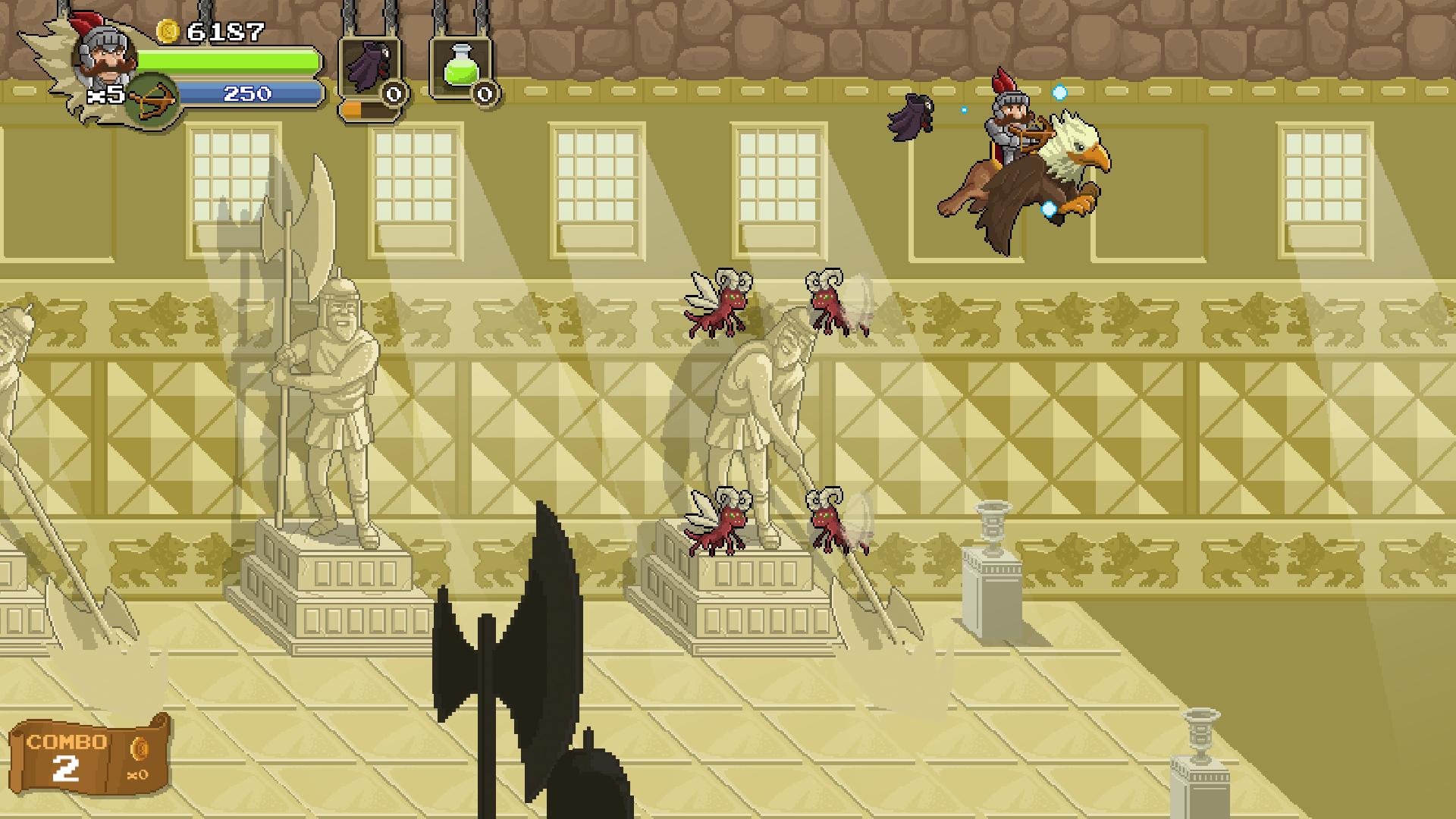 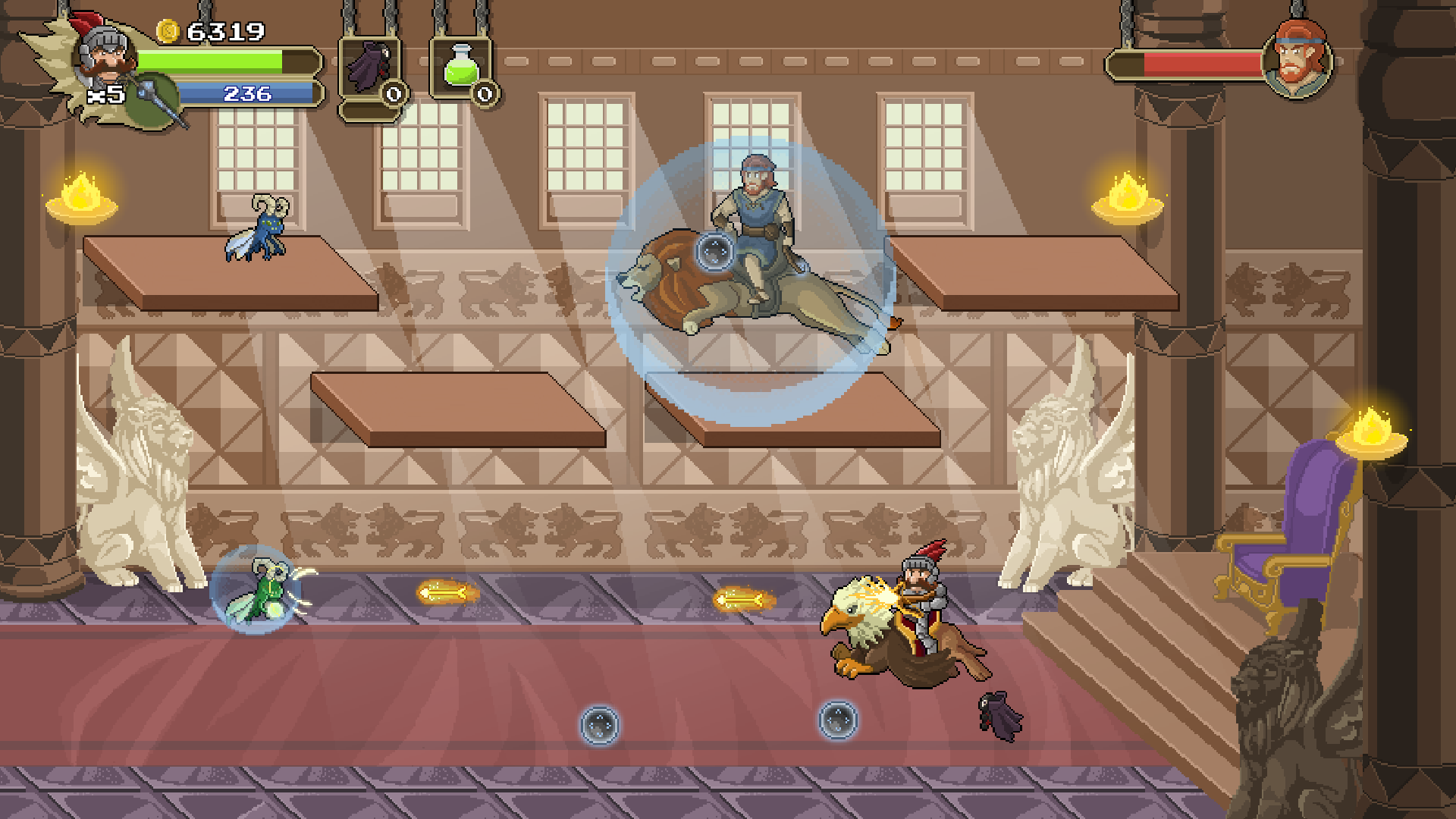 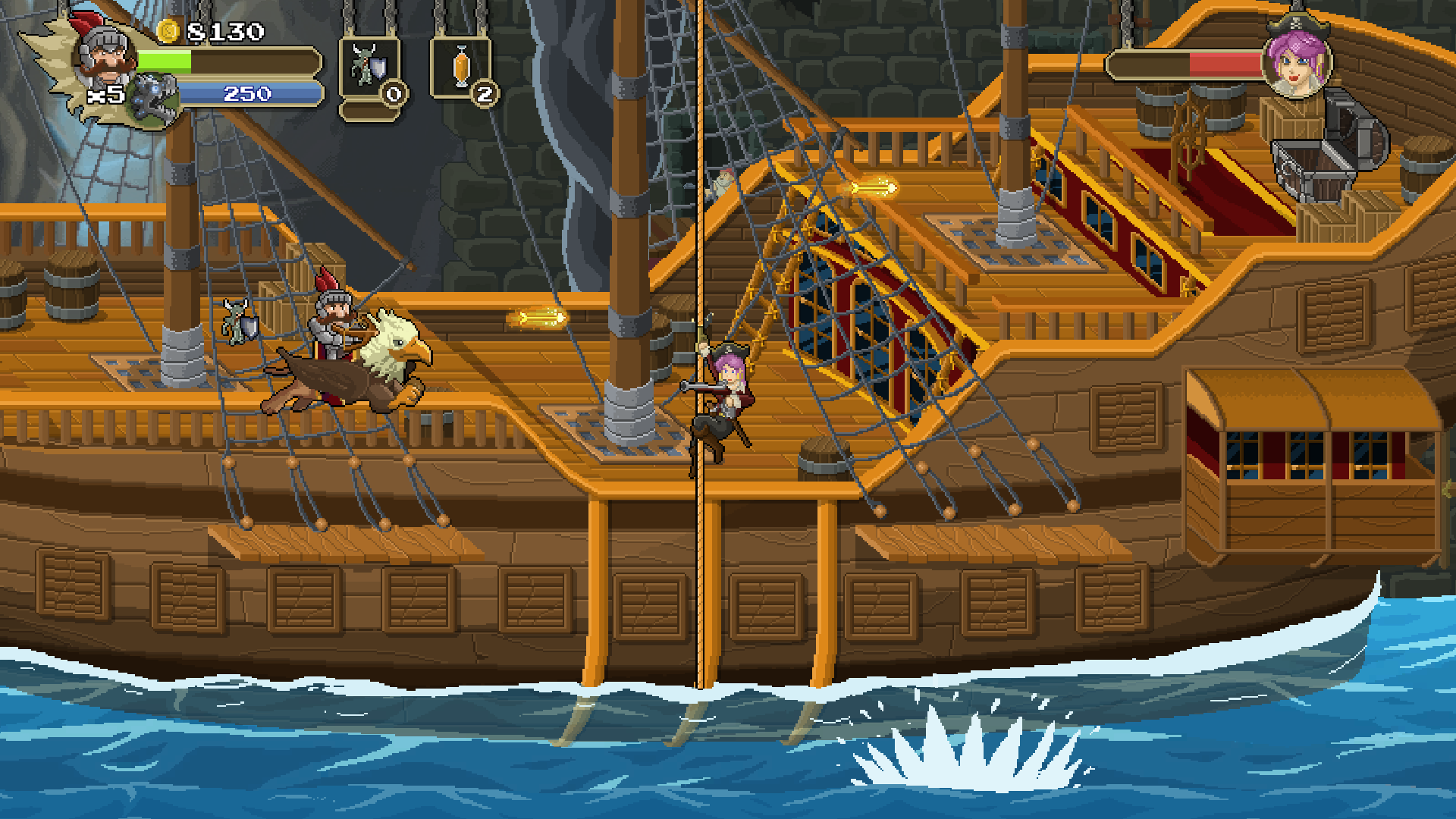 Gryphon Knight Epic is a 2D Medieval Shoot’em up that mixes elements from classical shoot’em ups, exploration and duel-like boss battles, it tells the story of Sir Oliver and Aquila, an accomplished knight and his loyal gryphon that are forced back to adventure once again.

Sir Oliver have already defeated a dragon, married a princess and saved the kingdom. But during his quest he will face adversaries he never imagined he would, because… in reality all of them were once friends. What happened? These heroes would never go rogue… and all at once? Something is rotten in the kingdom and its up to Oliver discover what.

-Fight your way through 8 hand-crafted levels

-Duel with challenging bosses and get their weapons

Gryphon Knight Epic is a trademark of Cyber Rhino Studios.