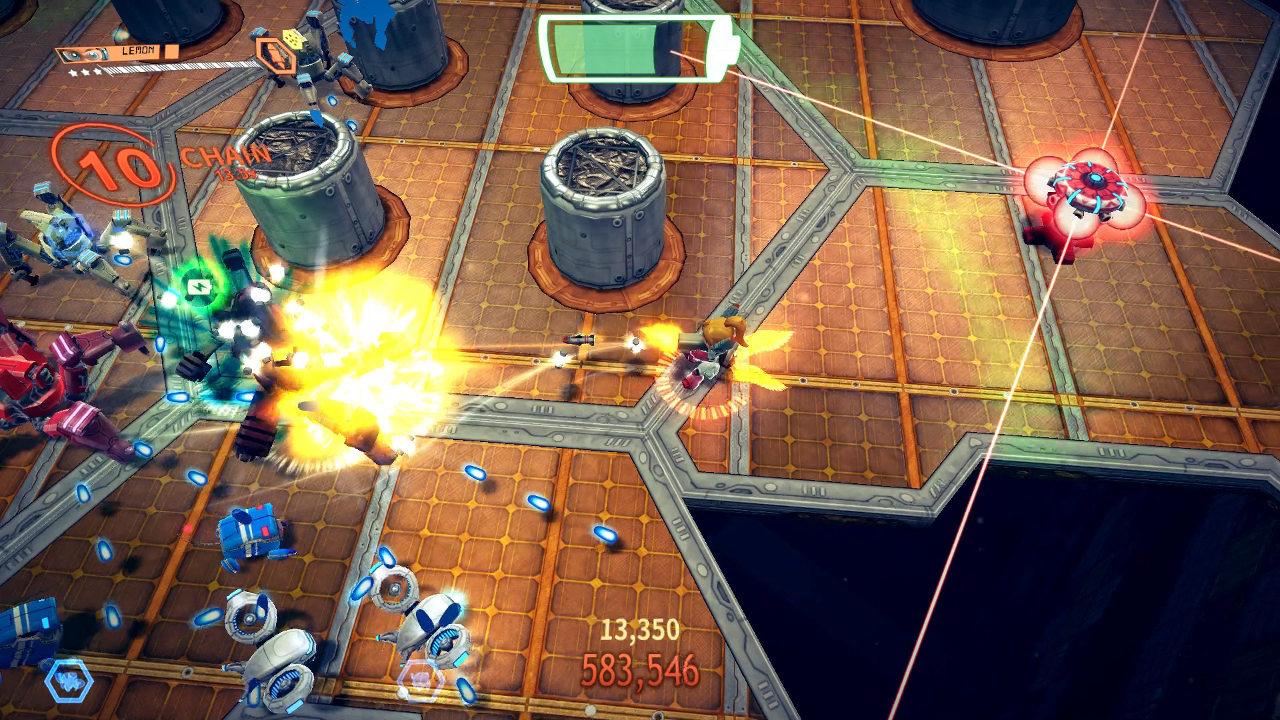 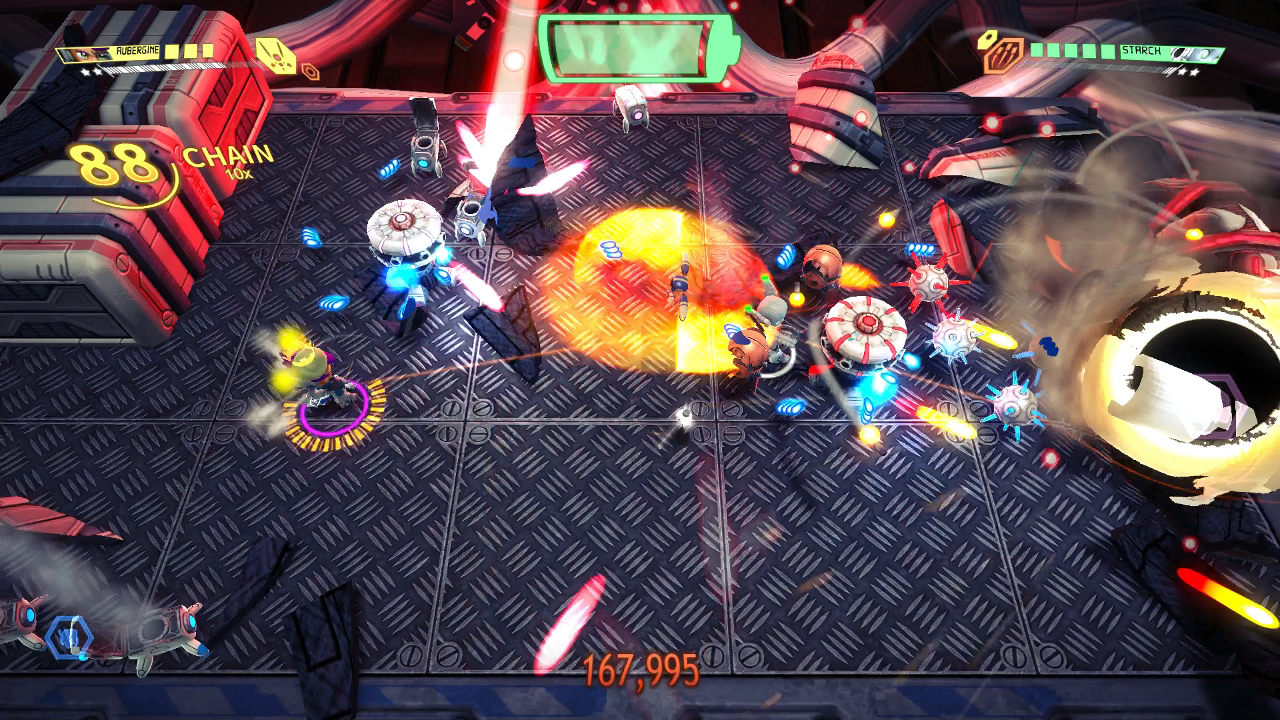 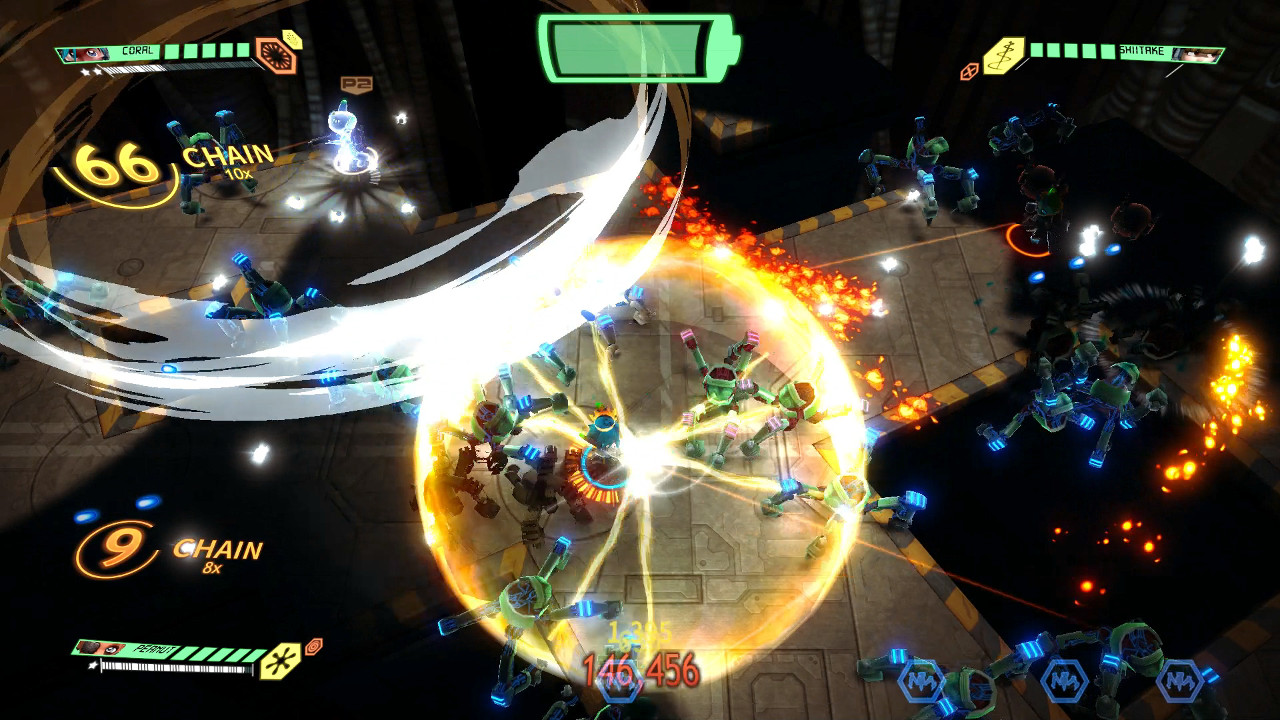 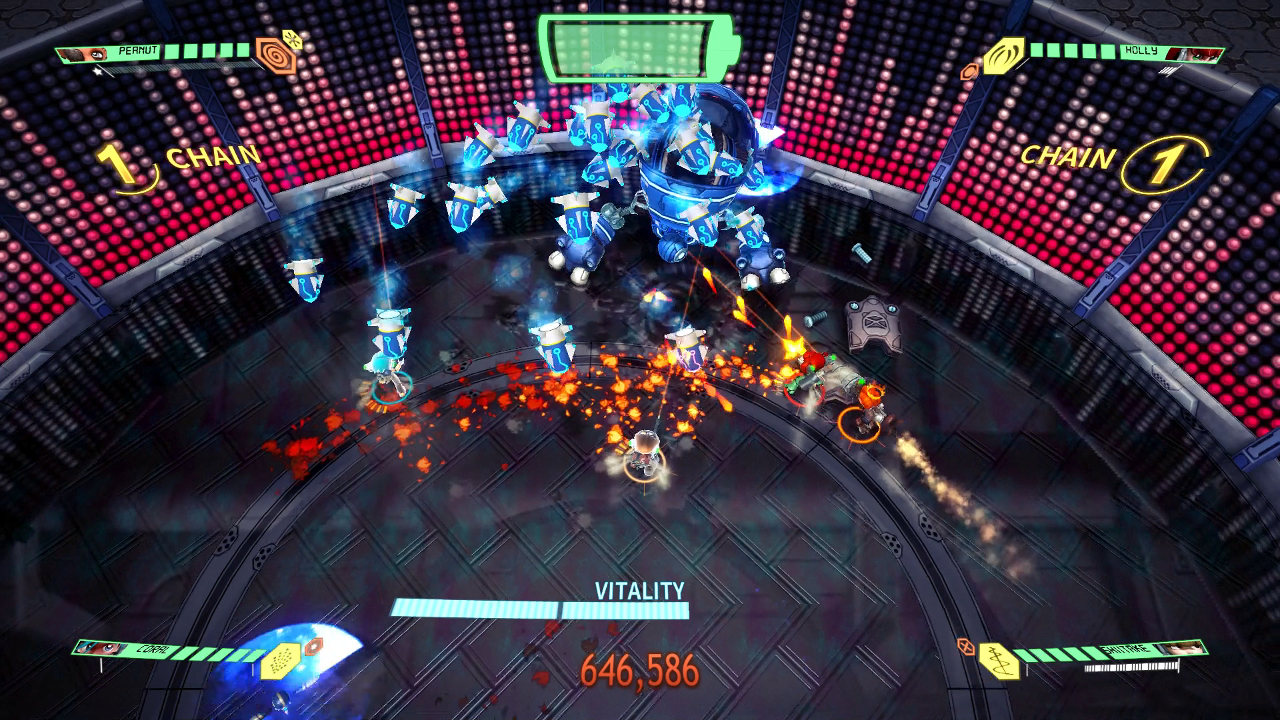 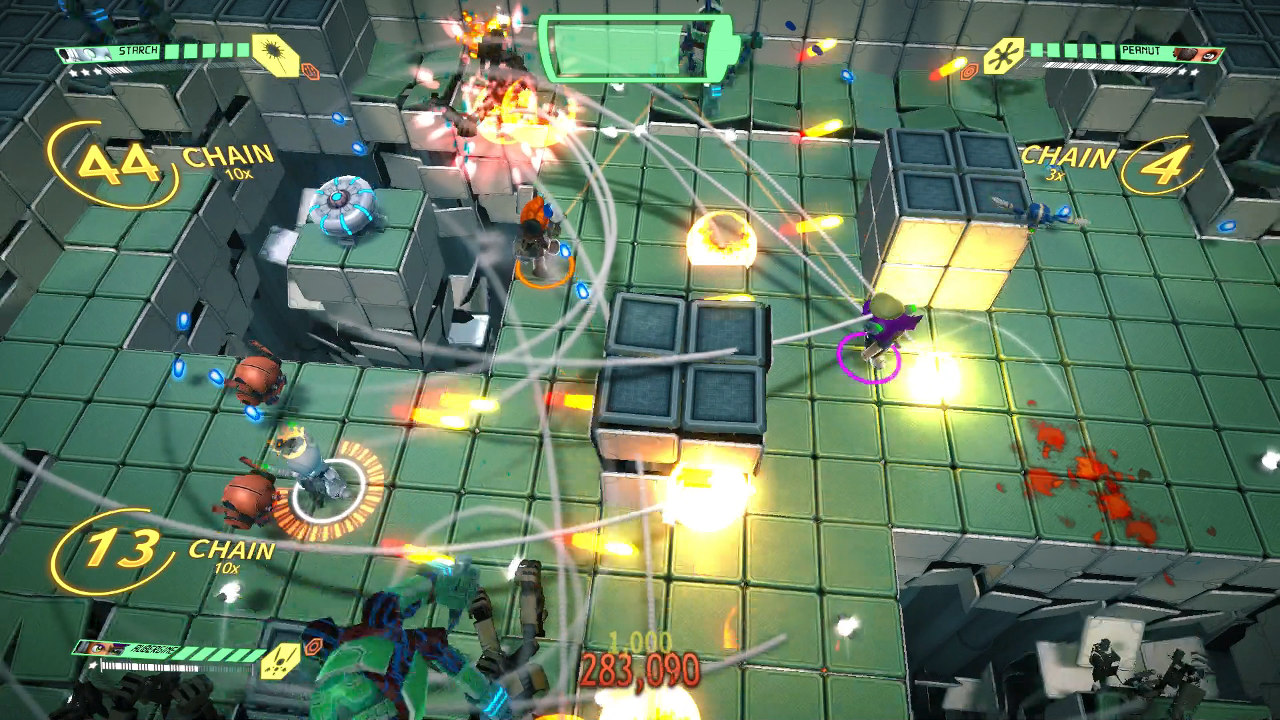 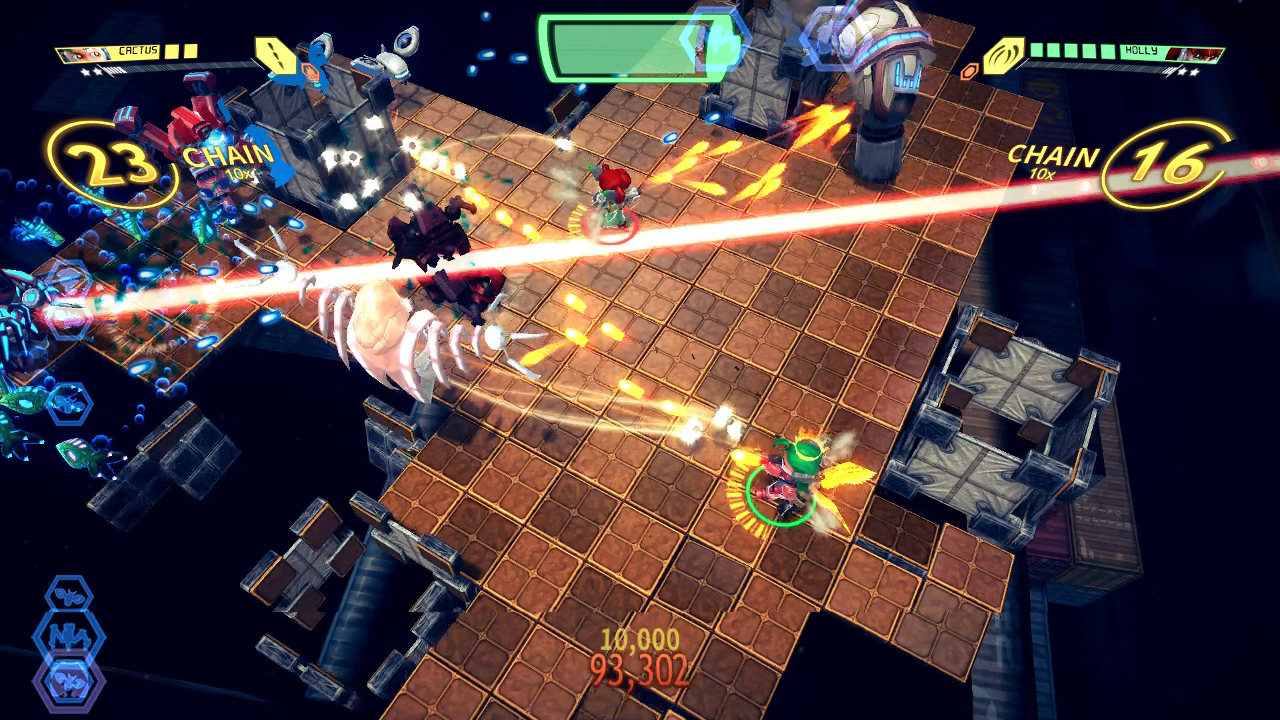 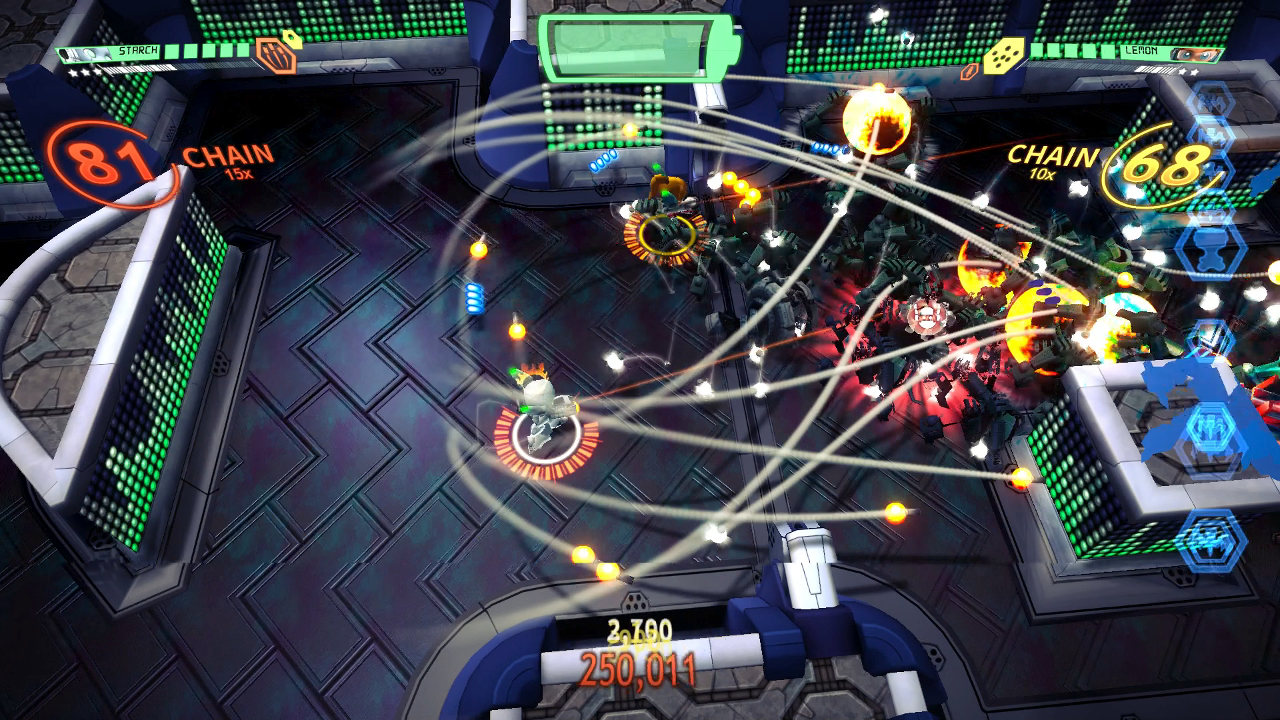 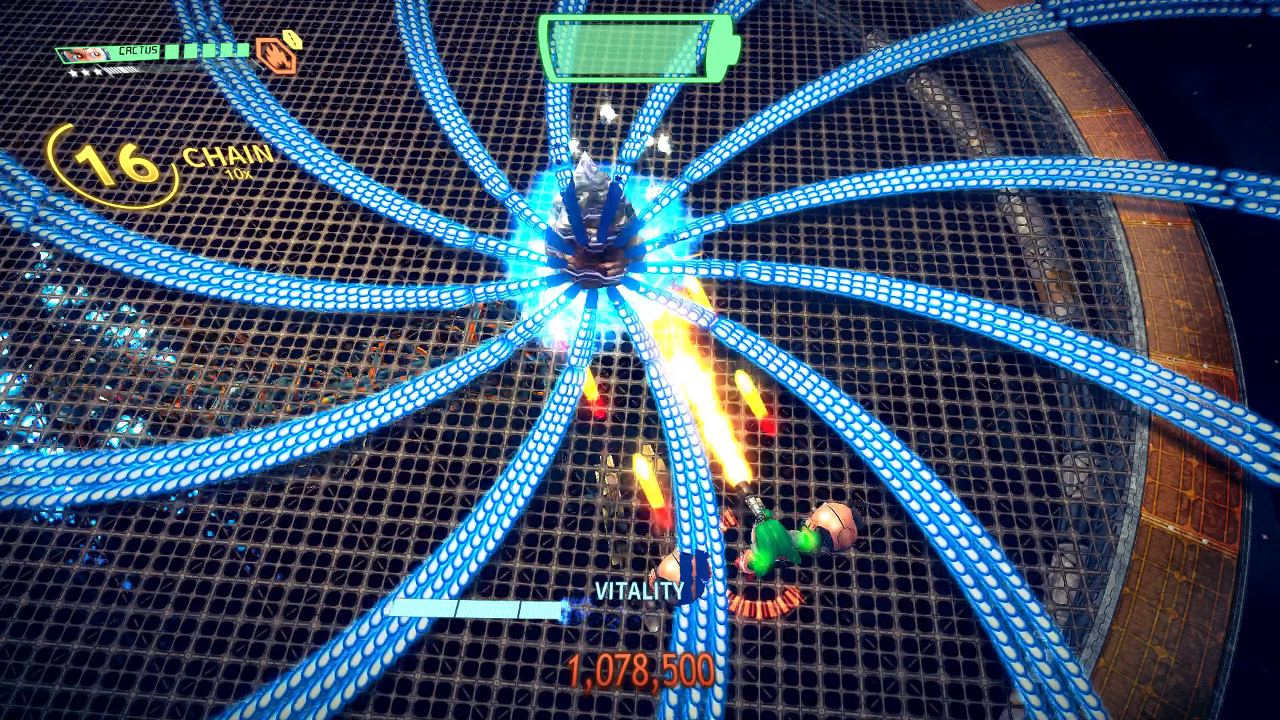 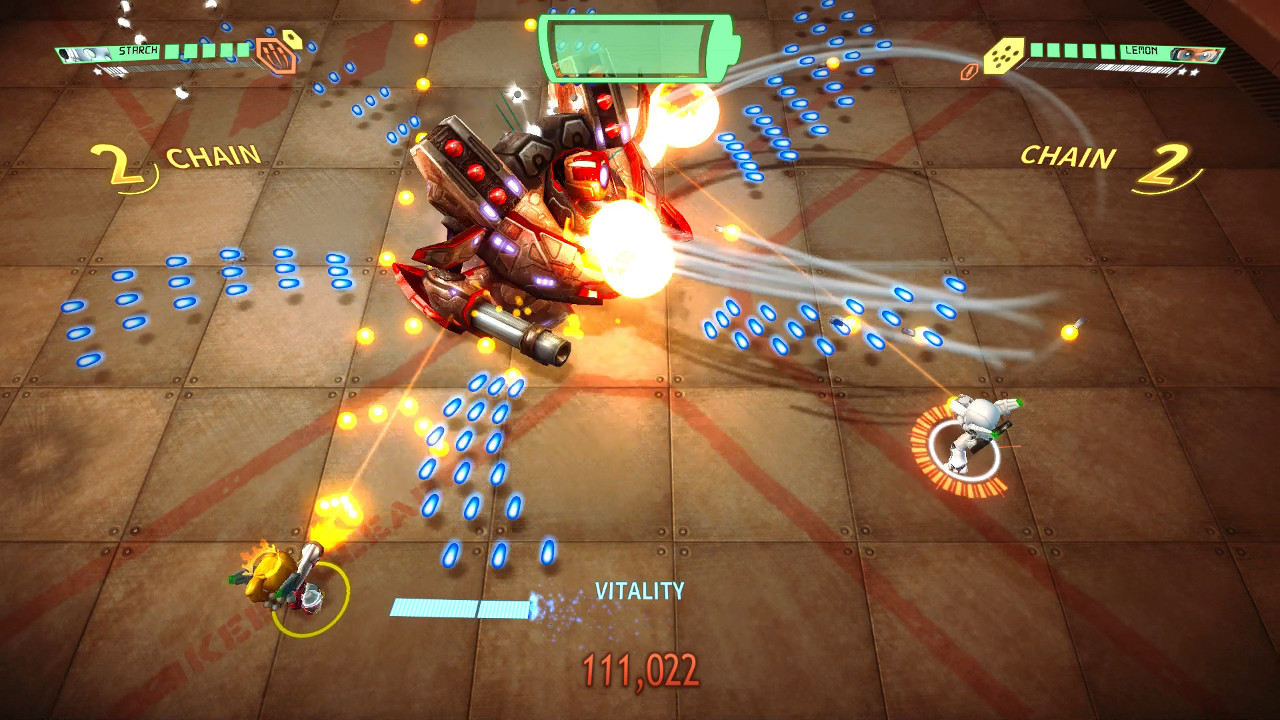 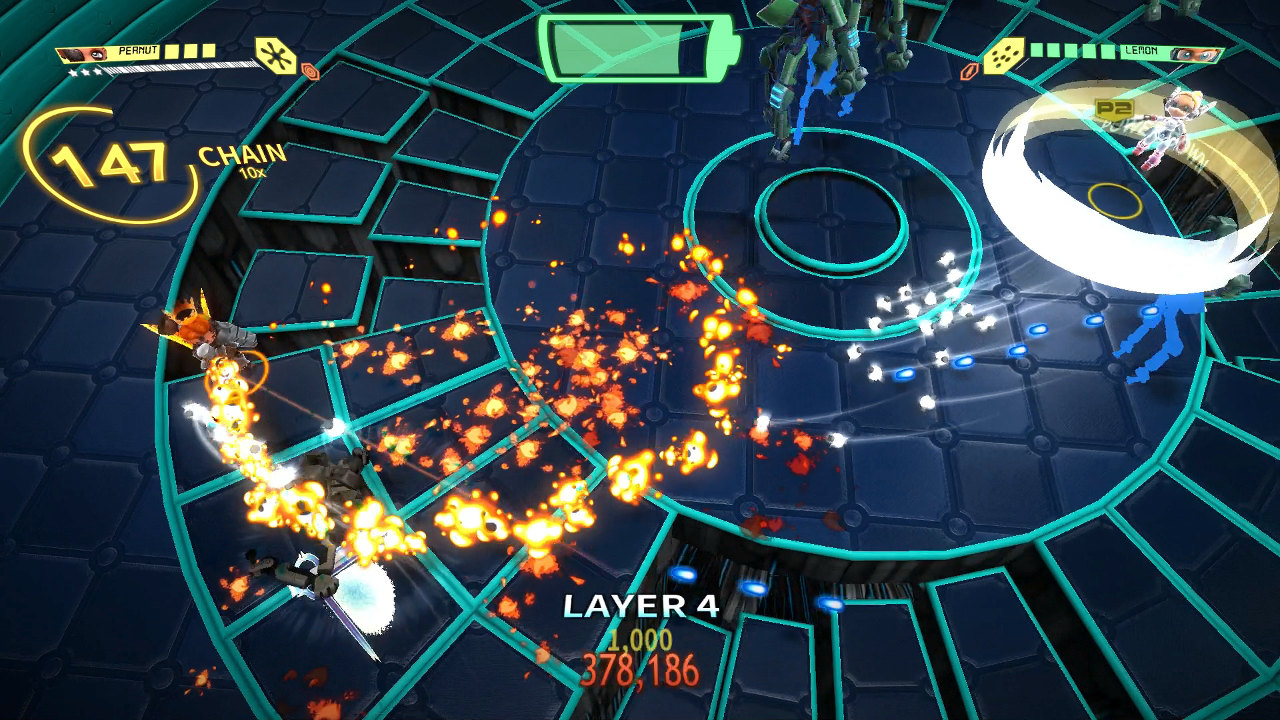 When you're running on battery, make every second count!

Assault Android Cactus is an arcade style twin stick shooter set in a vivid sci fi universe. Junior Constable Cactus is outside her pay grade when she responds to a distress call and ends up stranded on a crippled space freighter under attack by its own robot workers.

Utilising a draining battery mechanic in place of lives, Assault Android Cactus challenges you to think fast and keep the bullets flying, blending the gameplay of western styled arena shooters with aspects of Japanese style bullet hell as you charge head first through transforming stages, massive boss battles and an eclectic cast of characters on the way to saving the day.