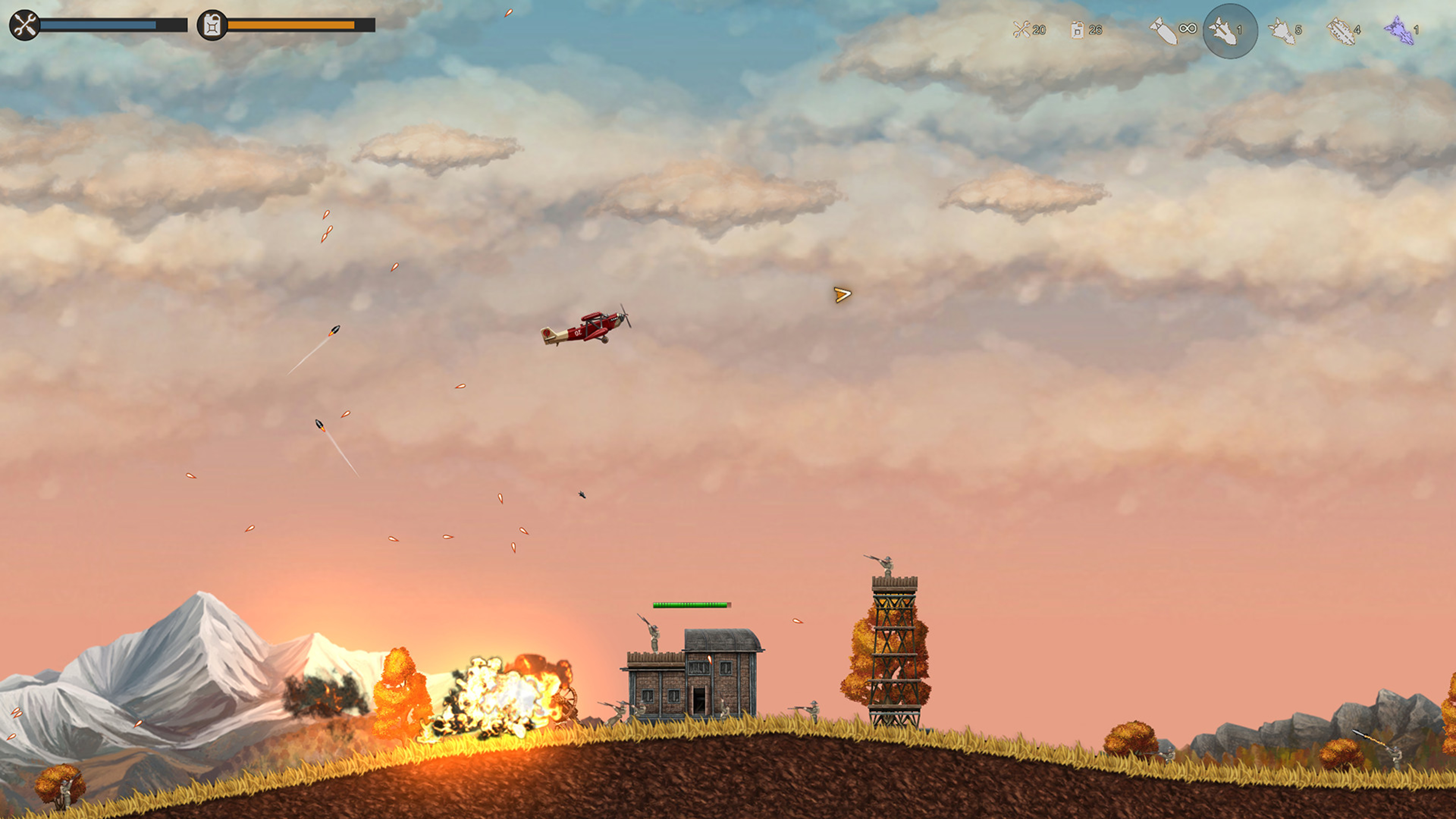 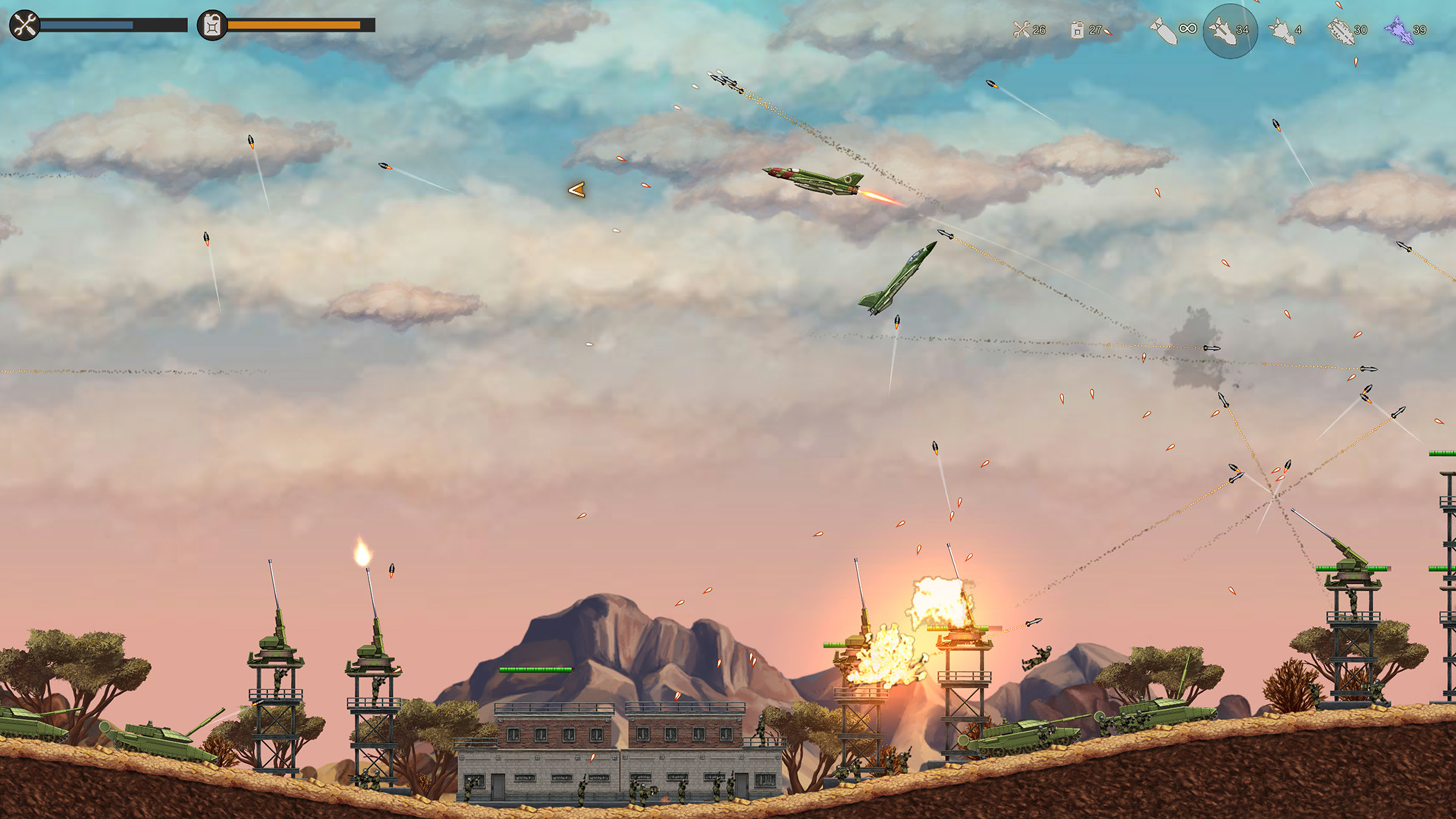 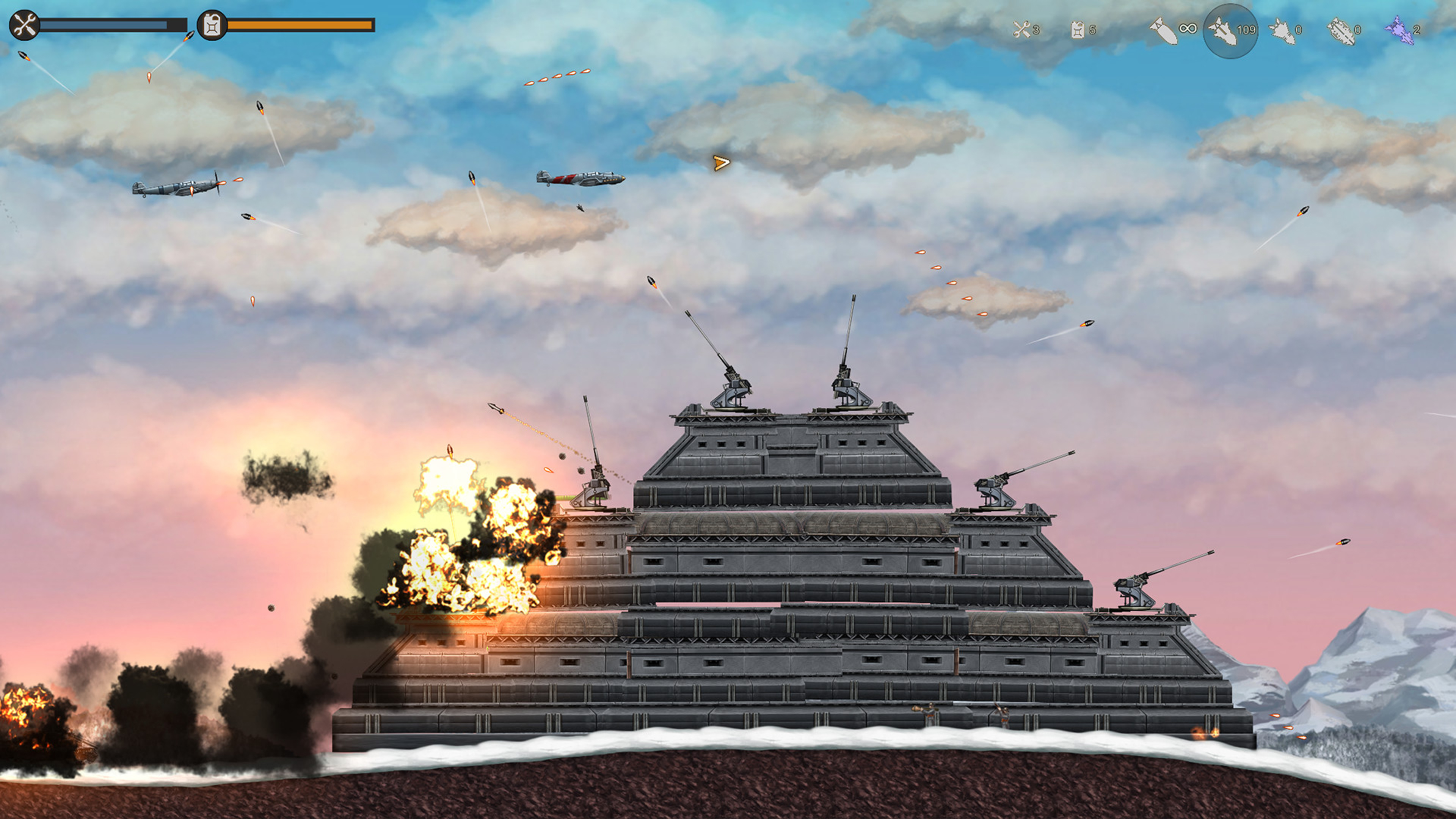 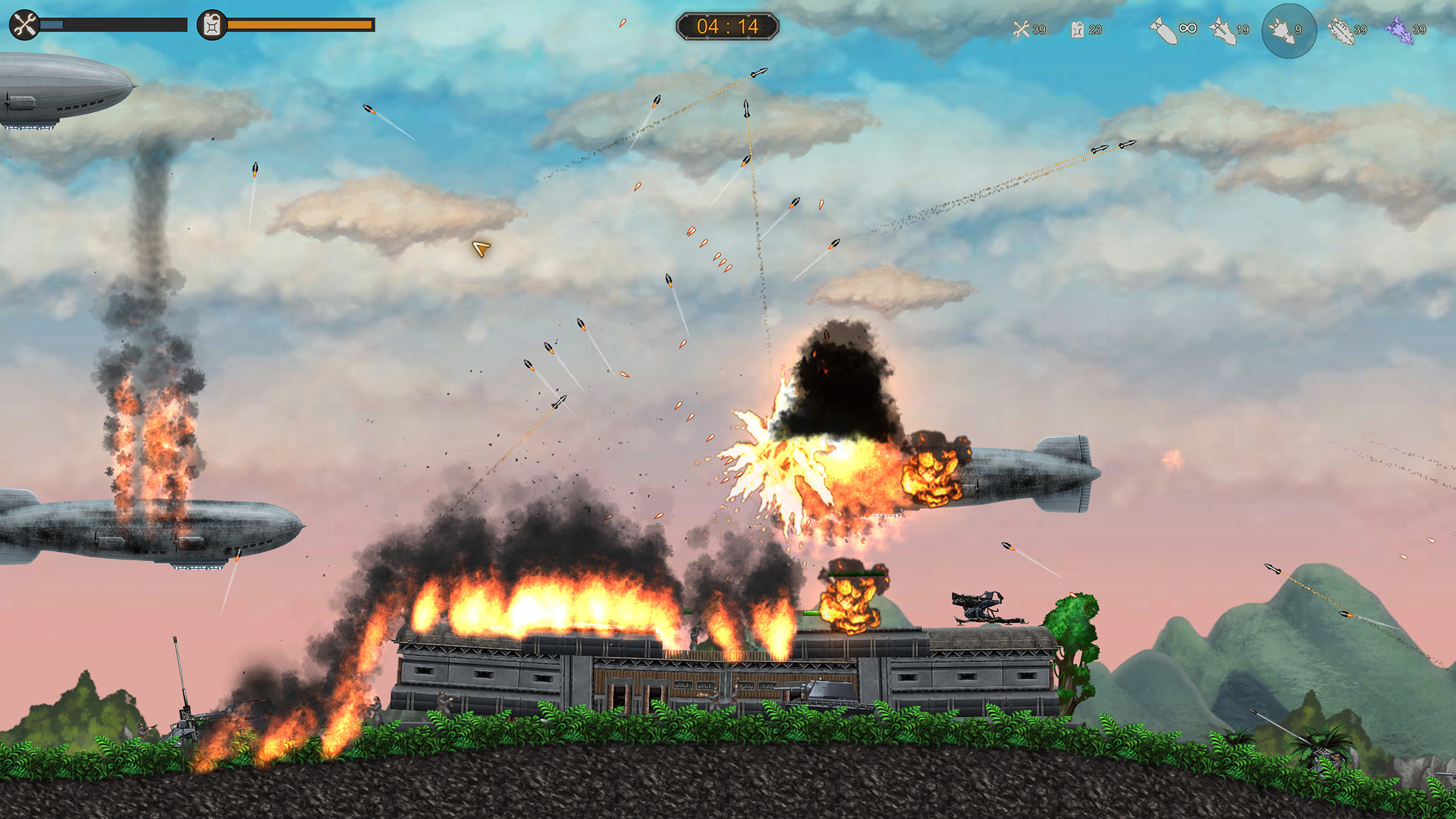 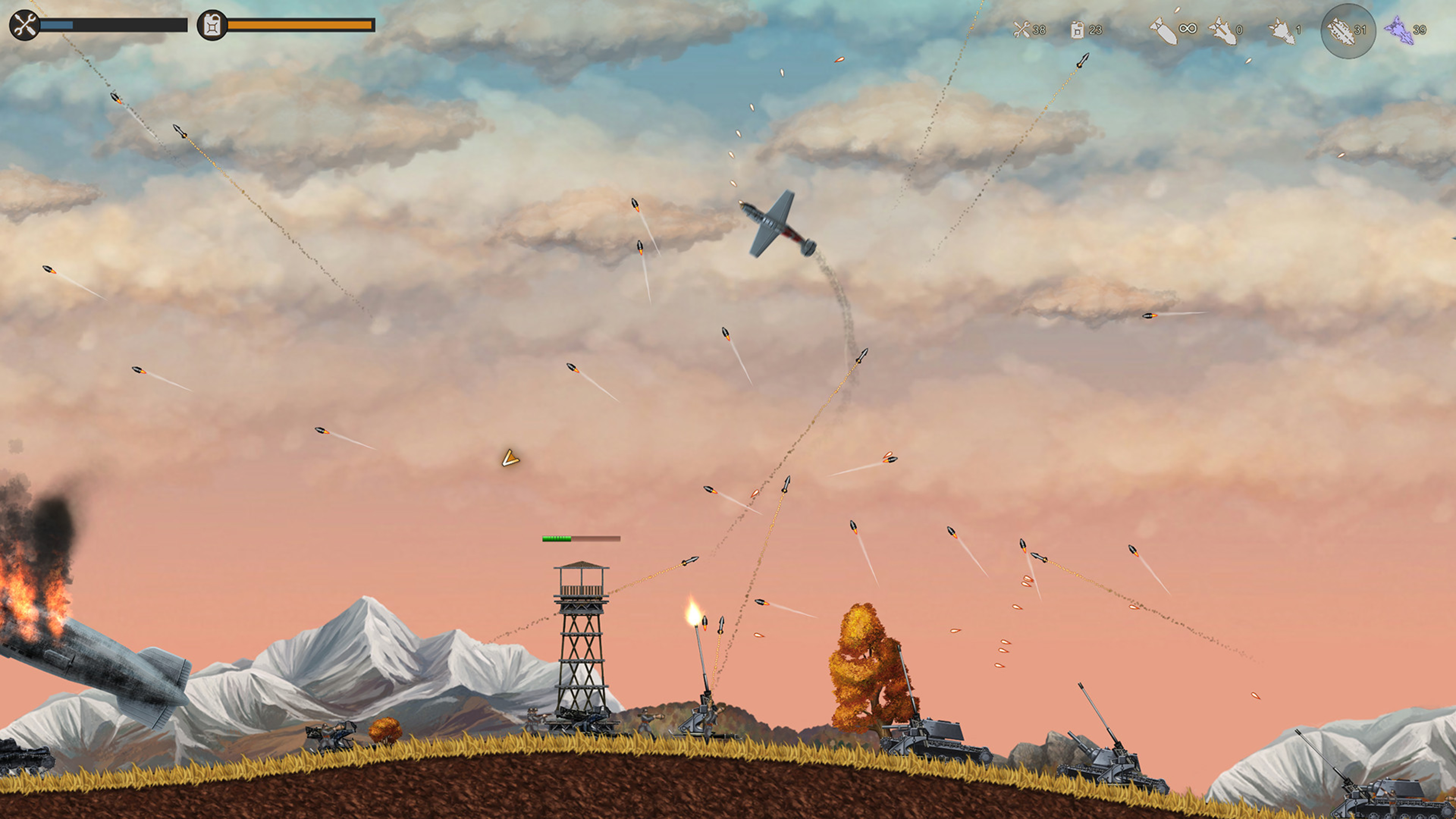 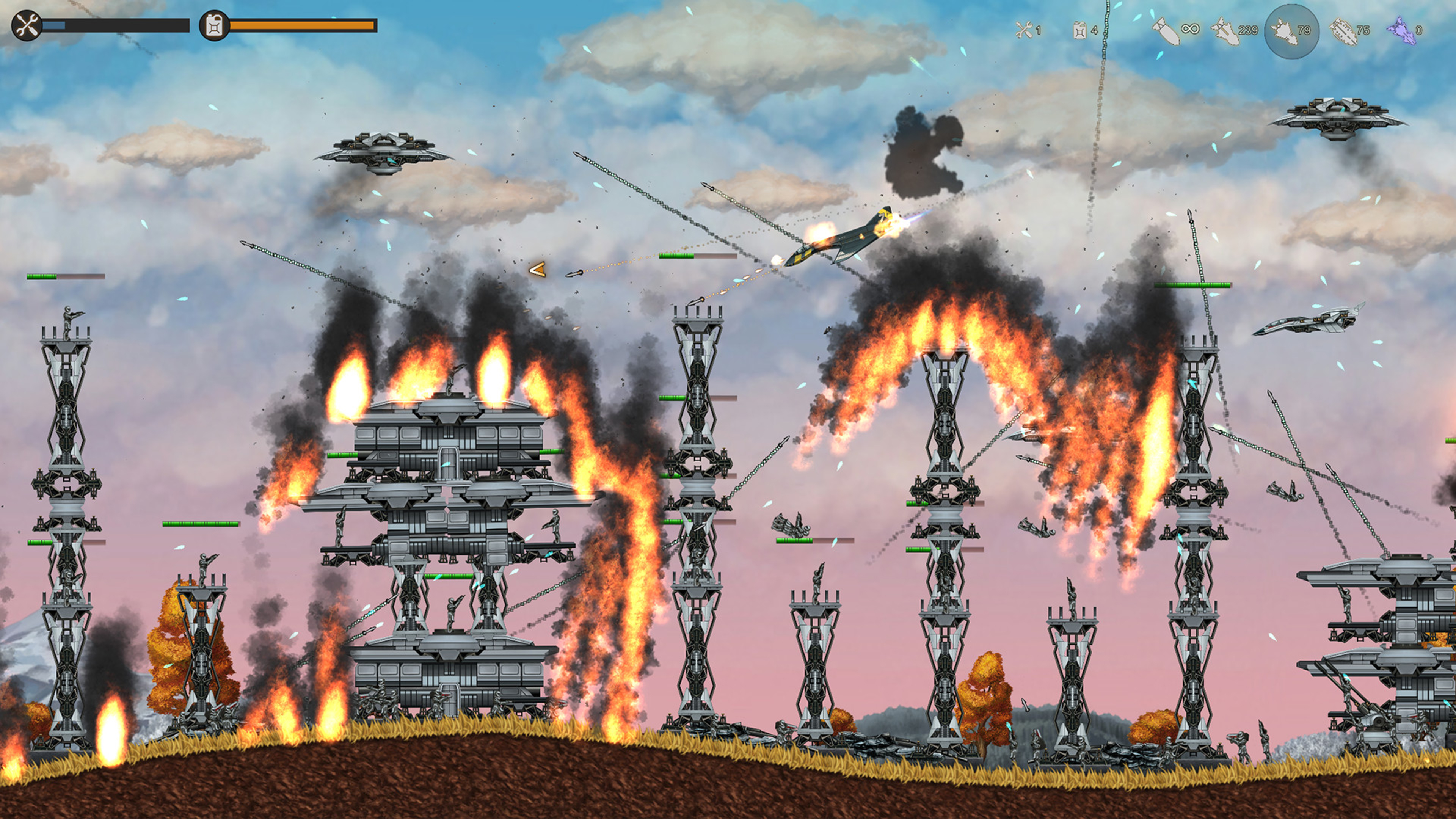 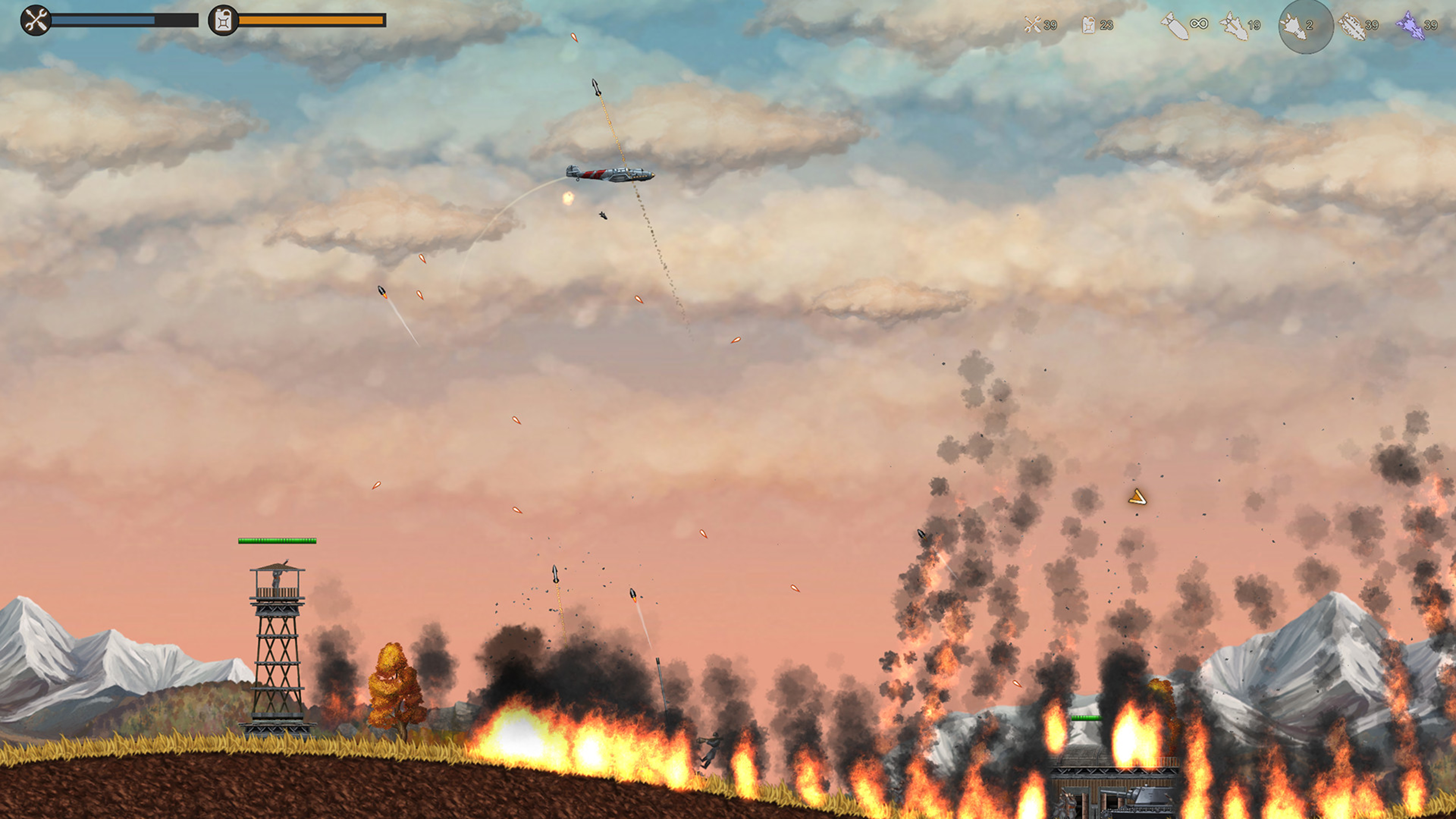 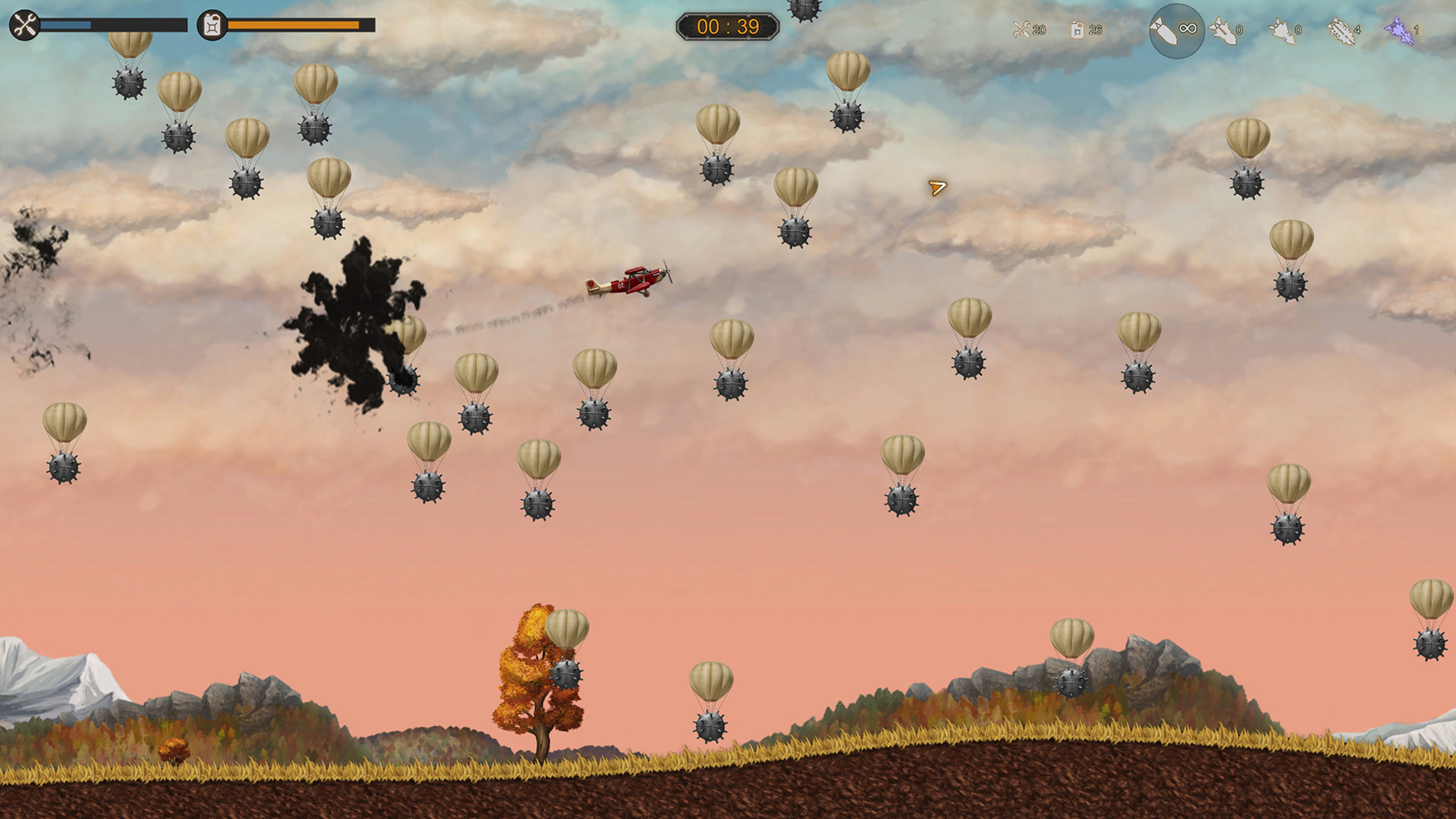 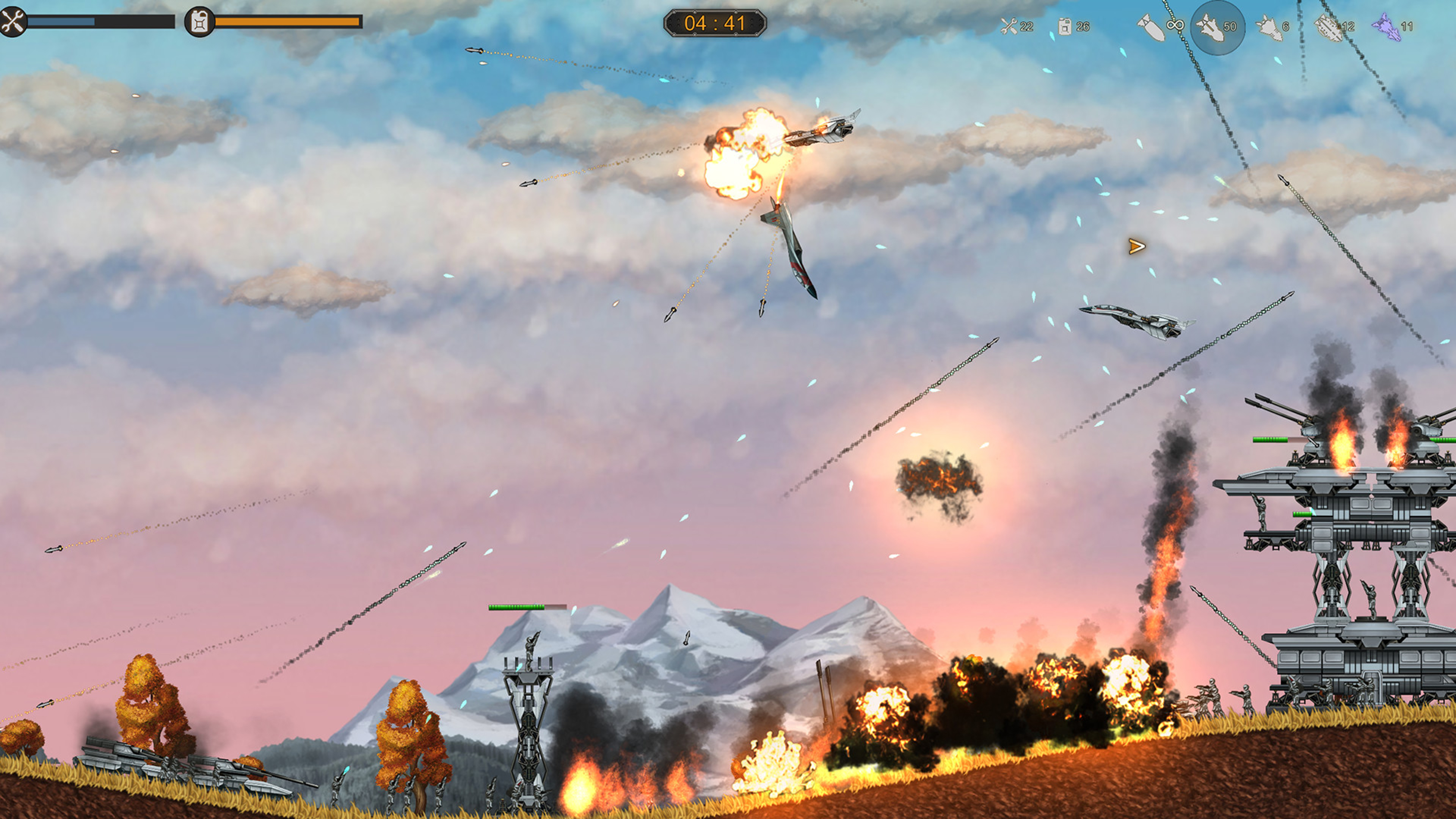 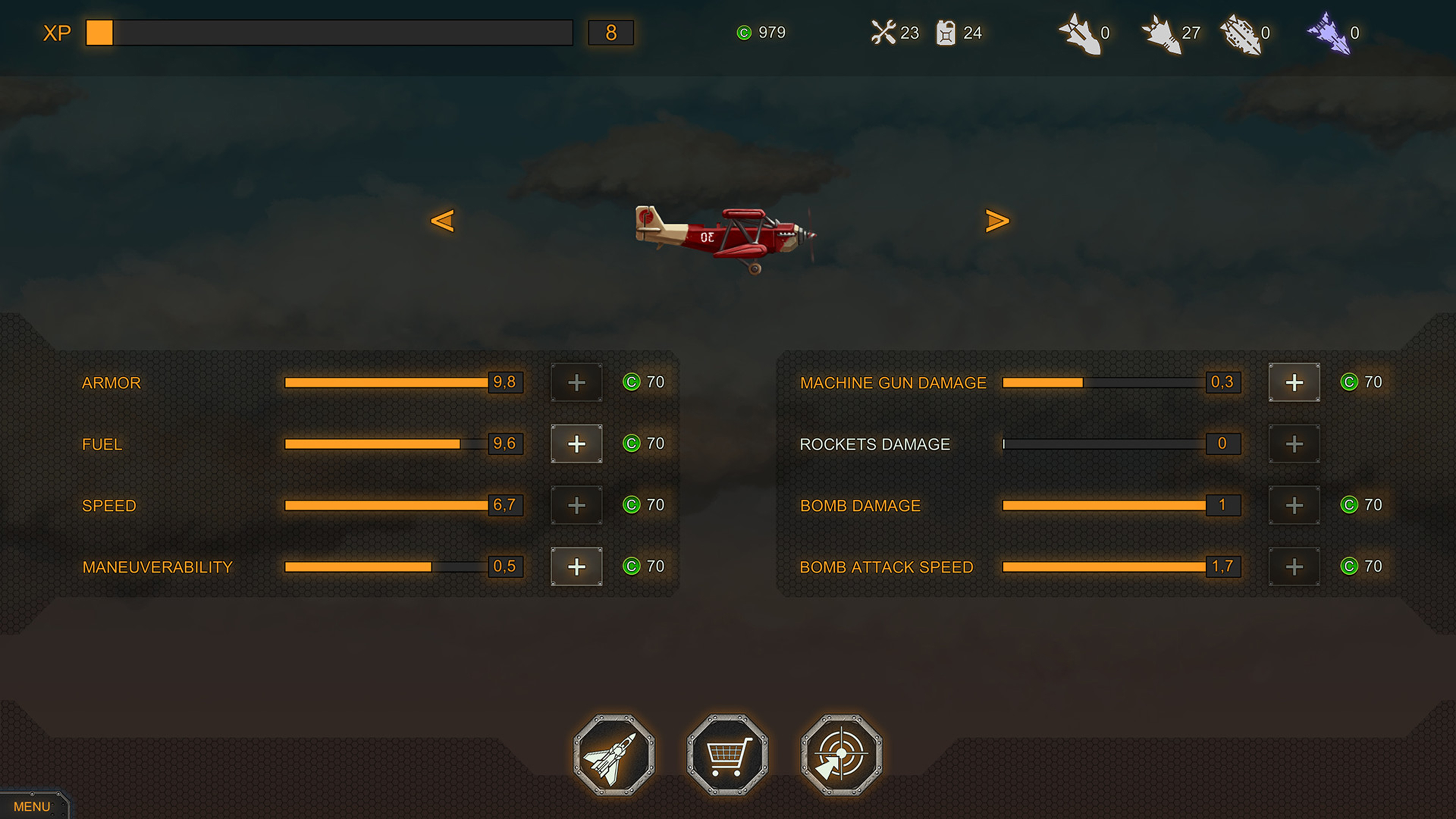 Aircraft Evolution is an action game, where you have the task of destroying enemy bases by bombarding them with your aircraft.

Fight through 4 time periods, from the era of the First World War to futuristic battles.
Level up and evolve your aircraft from a wooden plane to a futuristic fighter. Then, refine it by increasing its armor, fuel, speed, firepower and much more. You upgrade as you go, but you can still try to take on a tank armed with plasma cannons using just a wooden plane!

40 different missions are waiting for you. You will be given different objectives: destroy an enemy base, deal with waves of attacking fighters, boss fights and much more. Demolish the enemy with standard bombs, a barrage of cluster bombs, or burn enemies to ashes with napalm. Turn their bases into smoldering ruins and the battlefield into a scorched desert.
Bombs and explosions! More bombs and explosions!!!