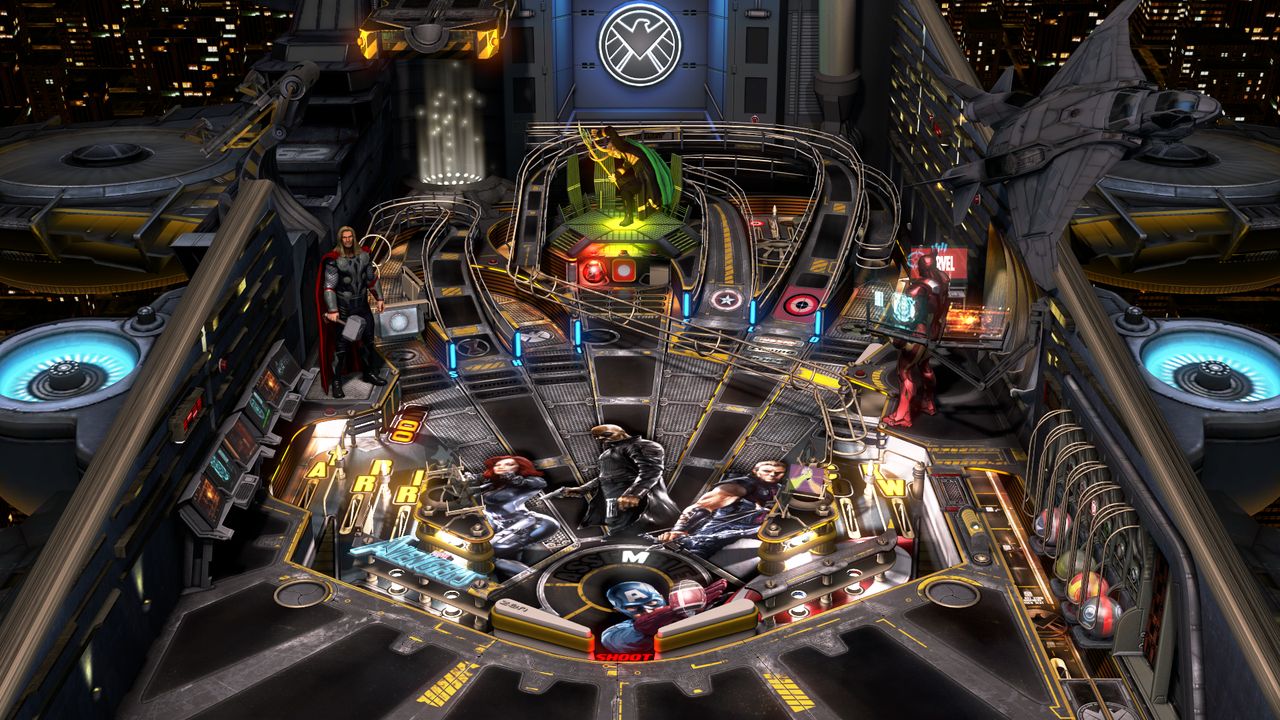 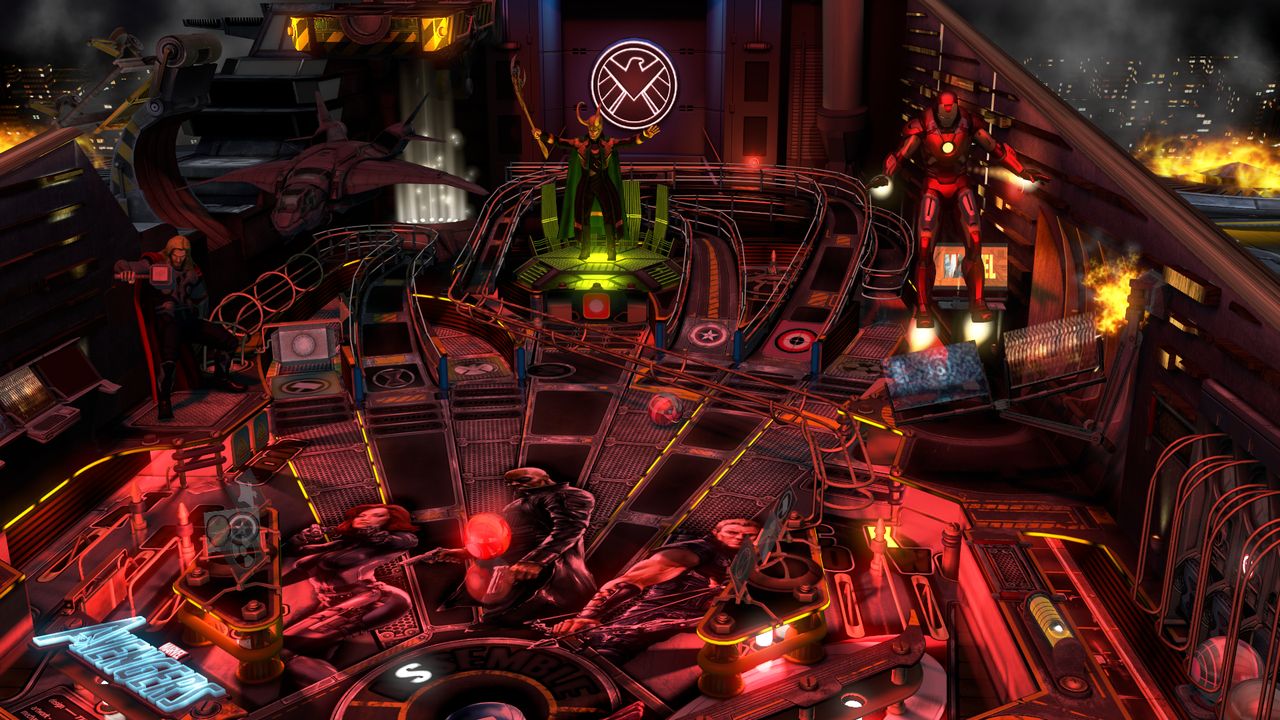 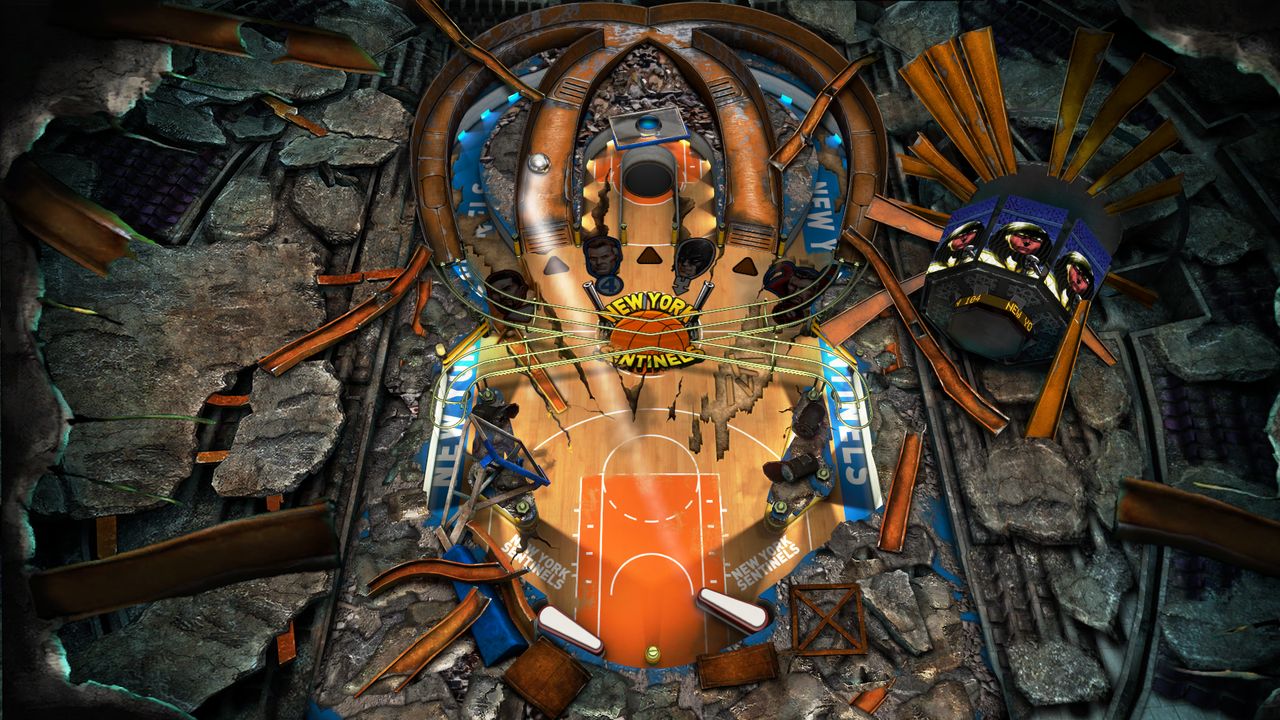 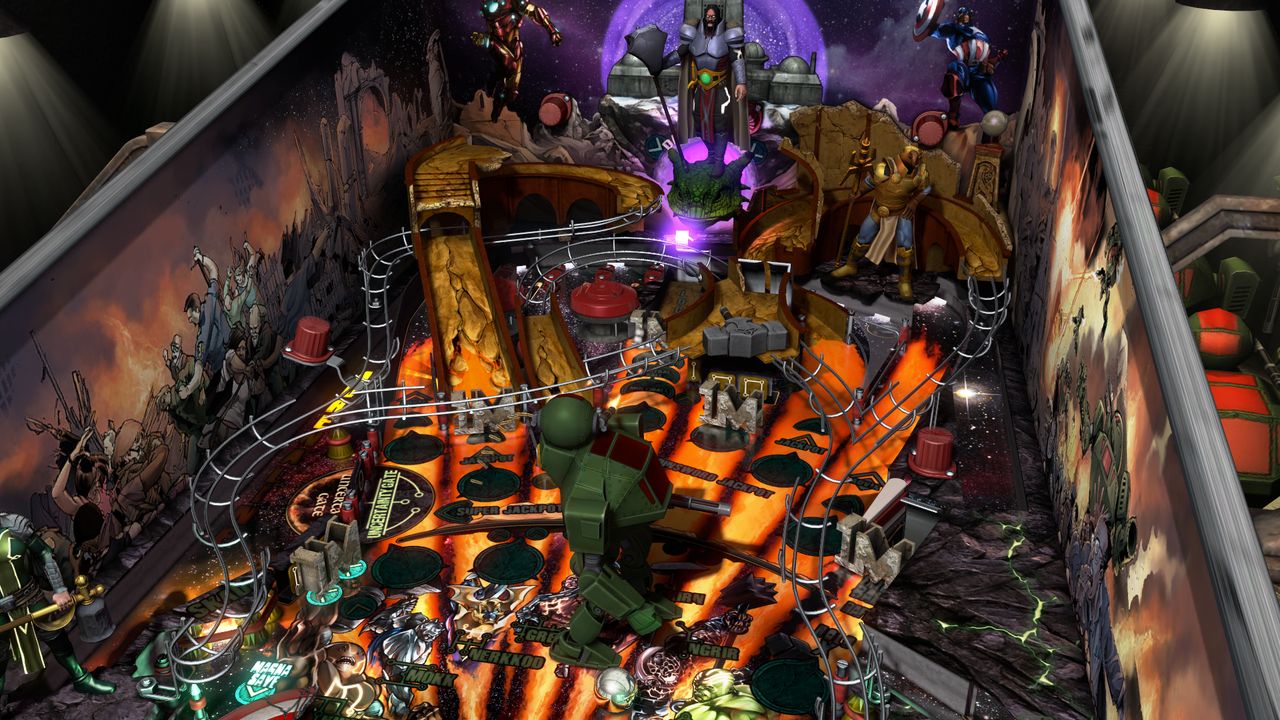 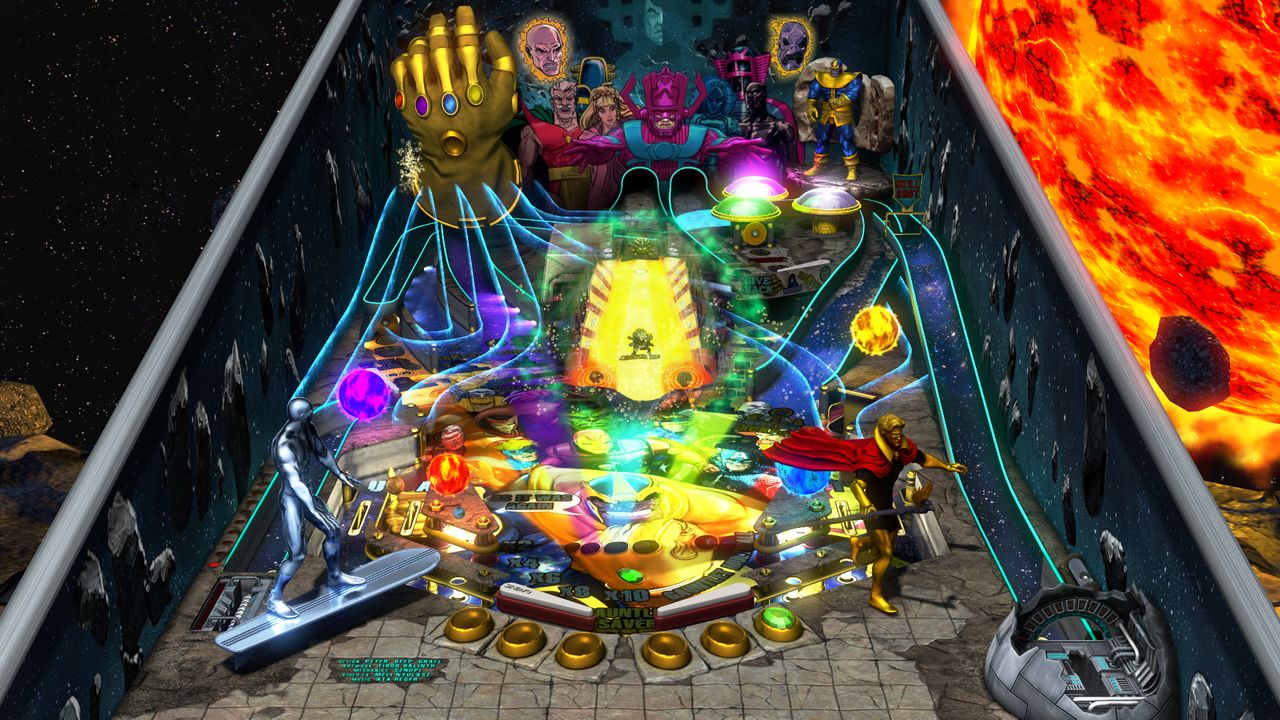 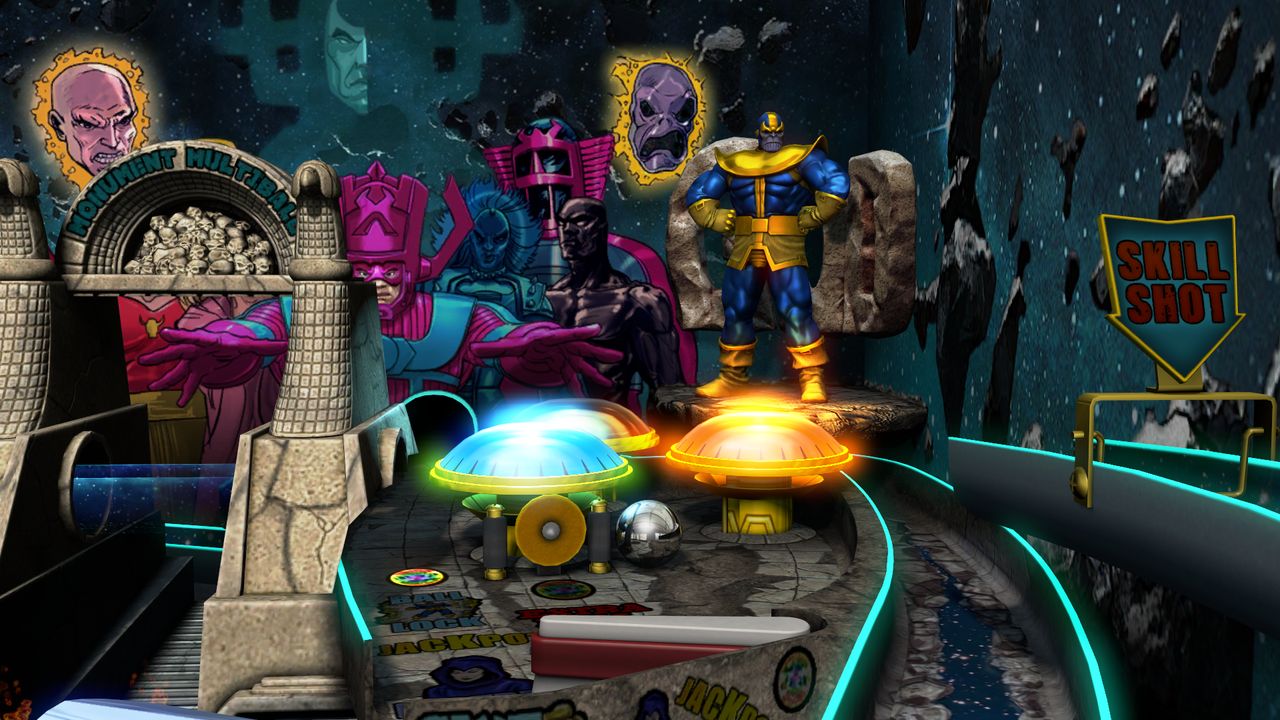 Each table in this new four-pack chronicles a blockbuster event in the Marvel Universe! In Marvel's The Avengers (based on the 2012 film from Marvel Studios), play as Black Widow, Captain America, Hawkeye, Hulk, Iron Man and Thor, as Nick Fury leads the Avengers into battle on board the Helicarrier -- each character on this table comes with a custom ball! Relive 2011's biggest event in comics in Fear Itself, which pits the Avengers against Odin's evil brother, the Serpent, and the forces of the Worthy. In The Infinity Gauntlet, join the Silver Surfer and Adam Warlock as they battle Thanos and recover the six Infinity Gems (themselves playable balls). Finally, for banishing him to outer space, the Hulk seeks revenge against the X-Men, Iron Man, the Fantastic Four and Doctor Strange in the incredible World War Hulk. Avengers Assemble!