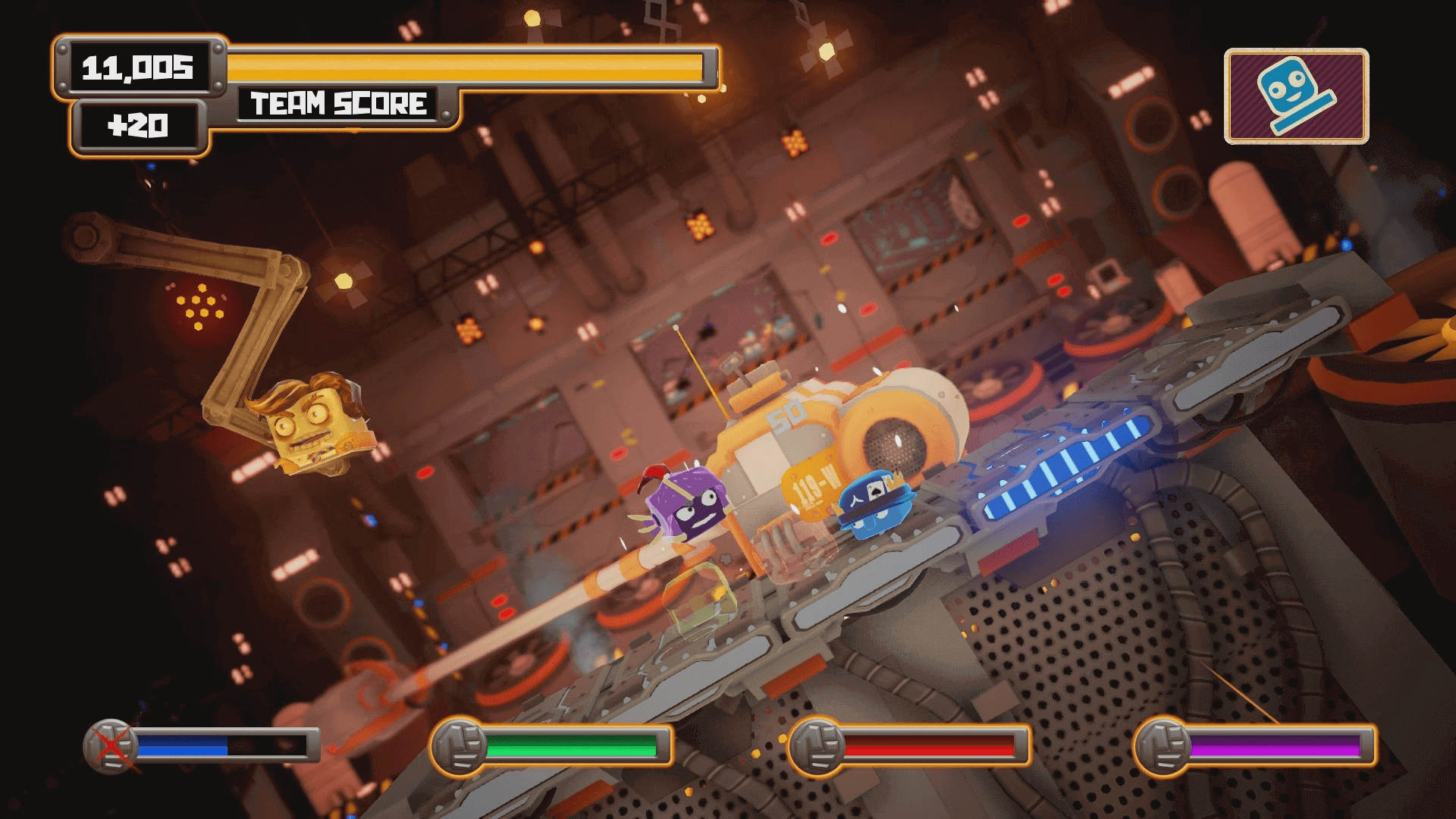 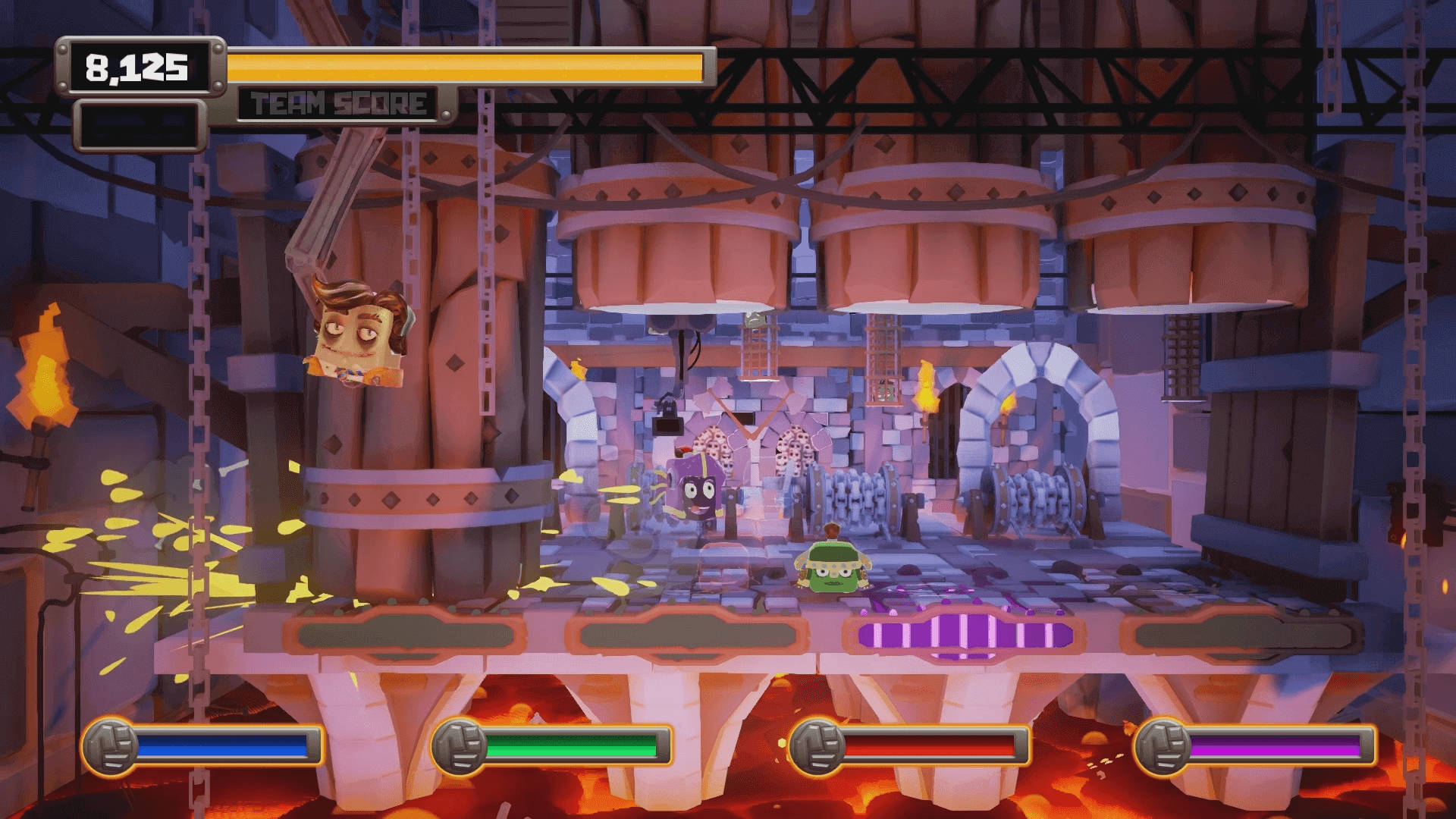 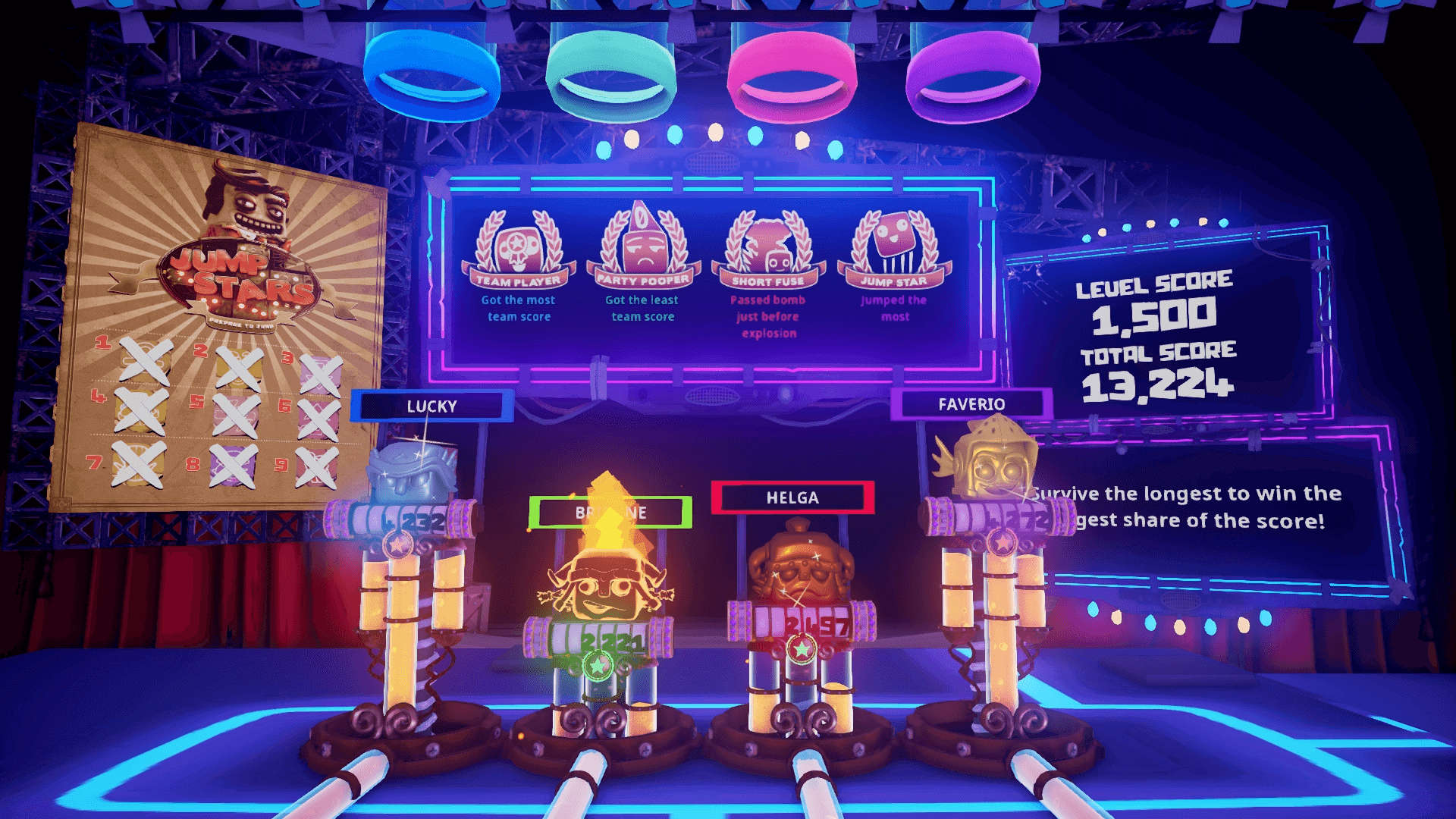 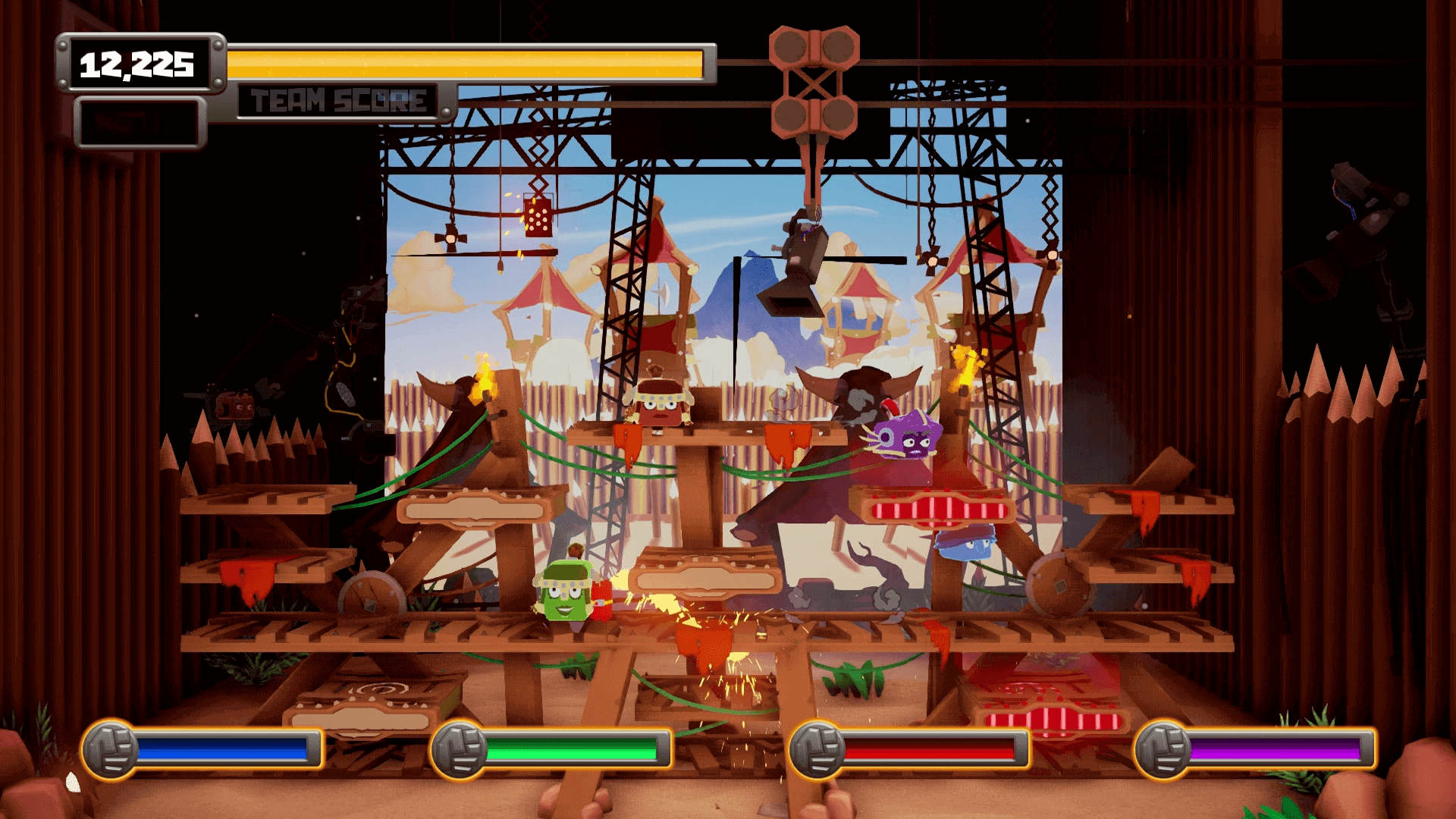 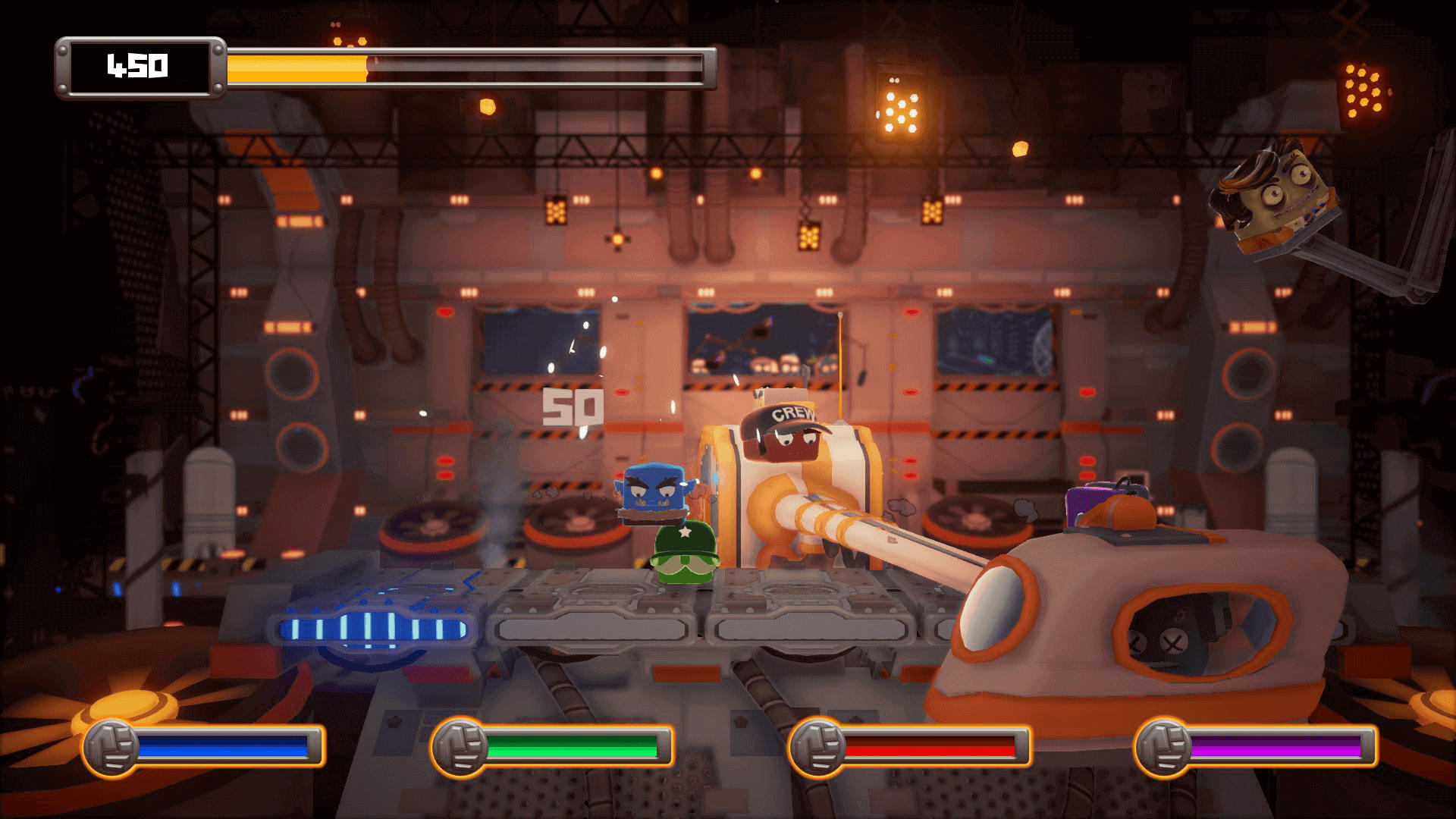 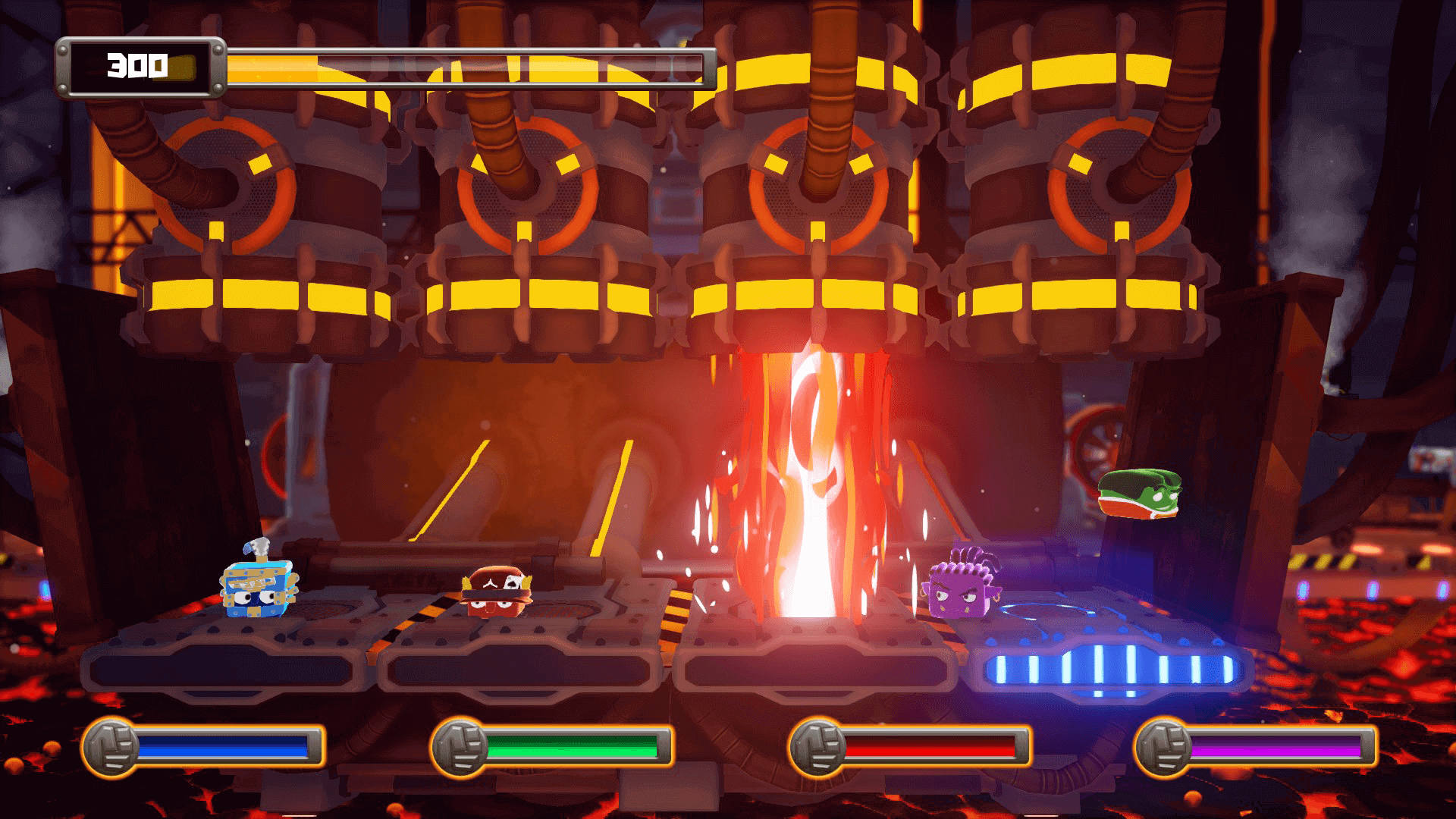 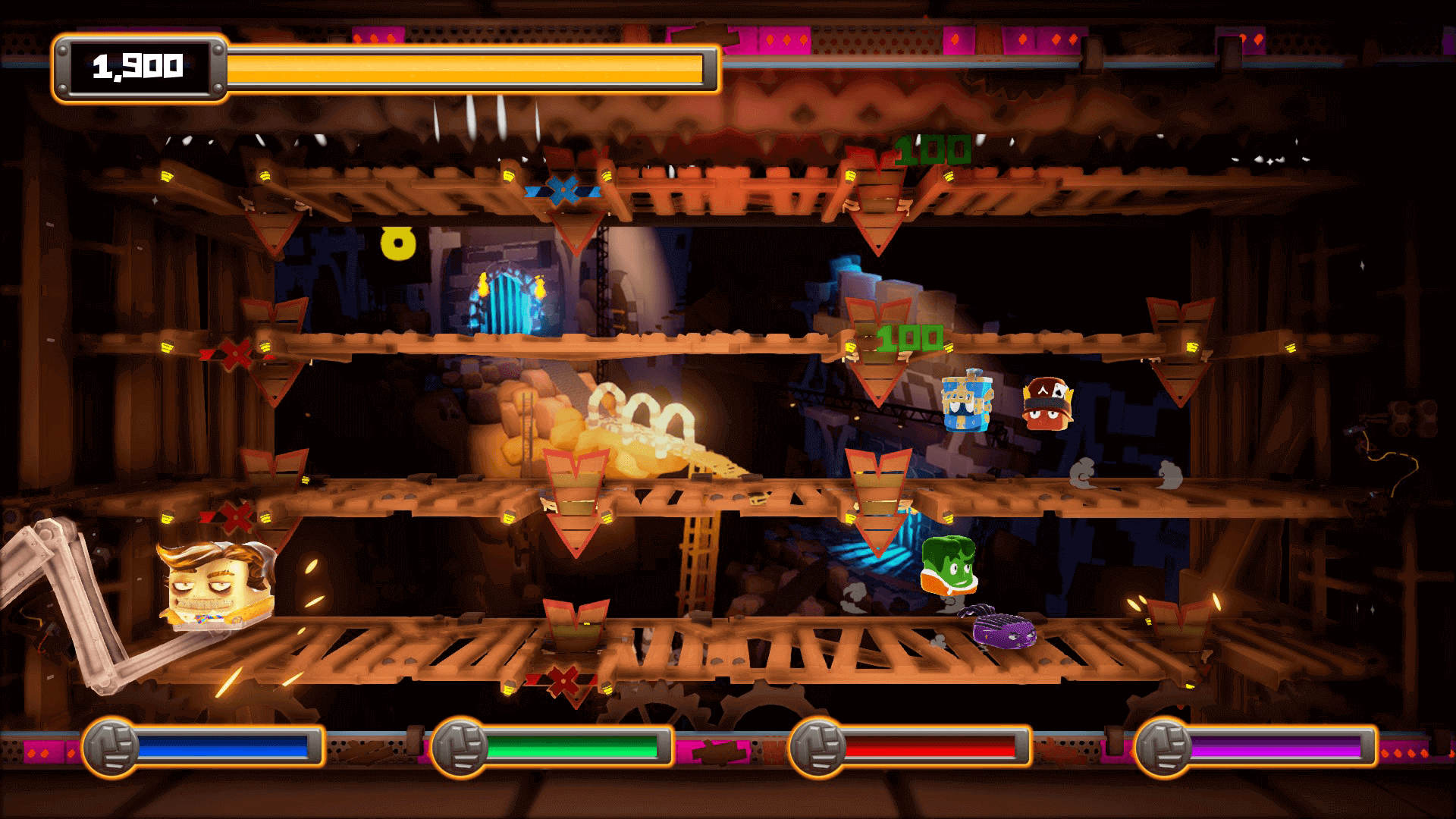 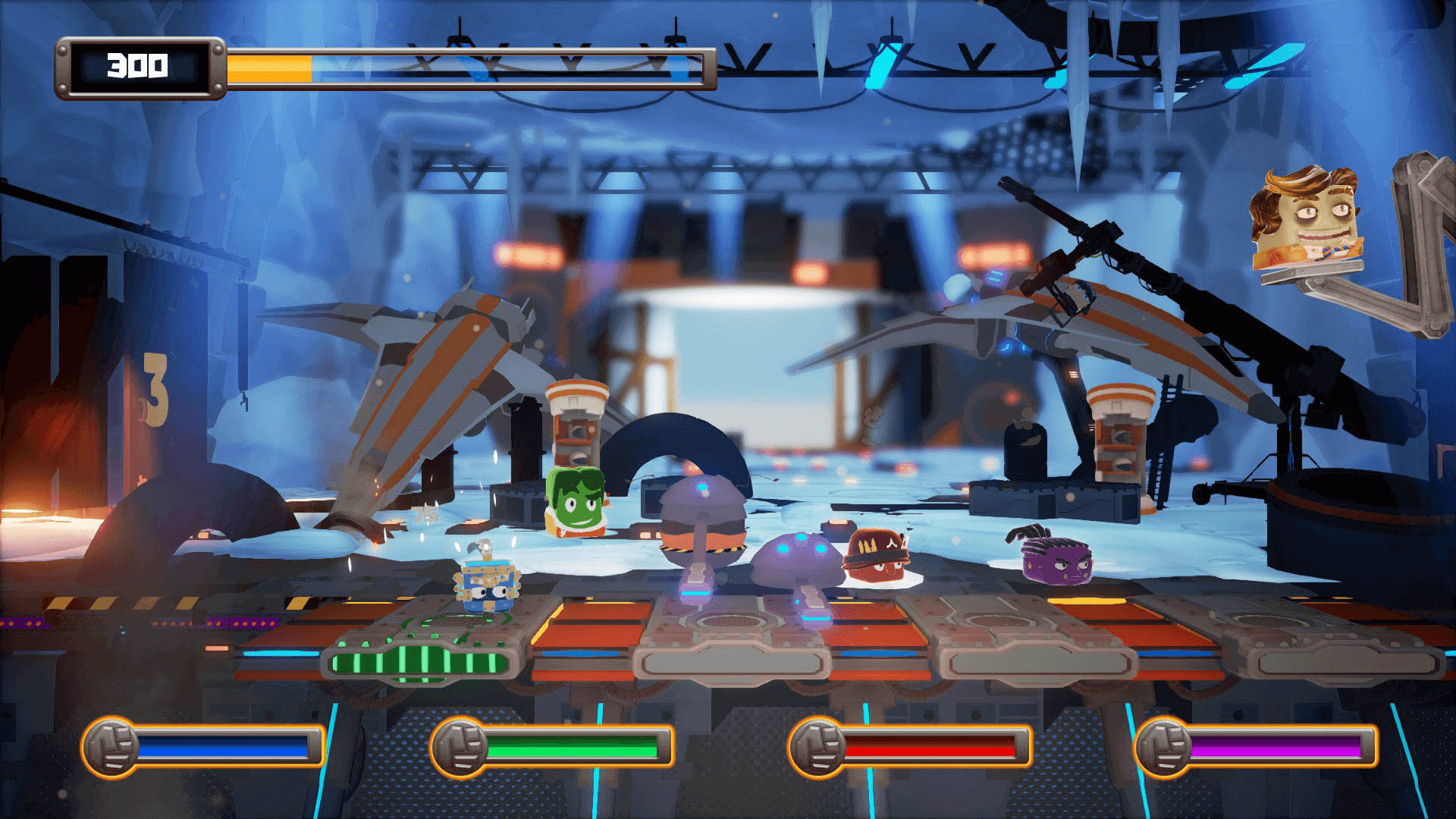 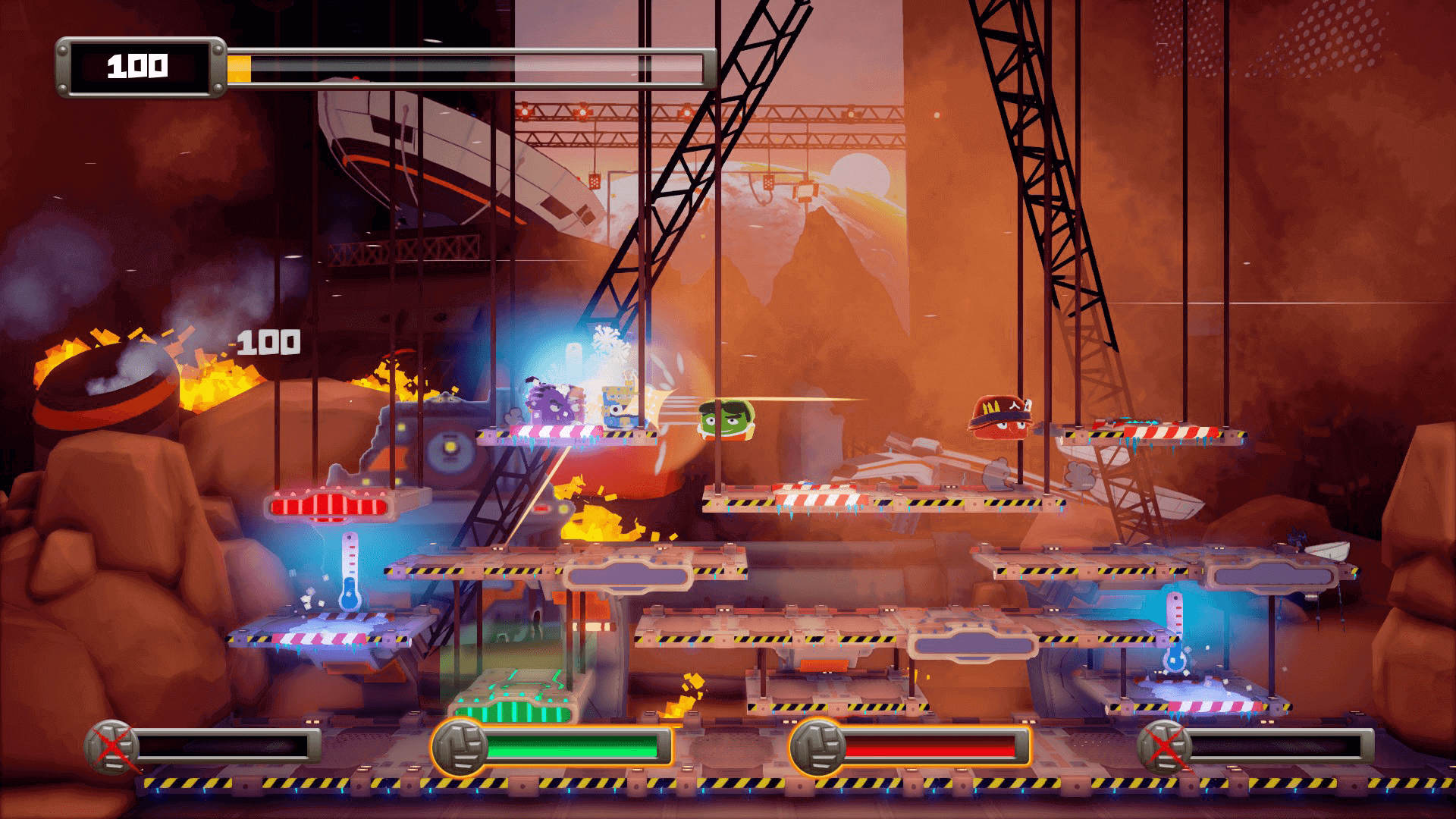 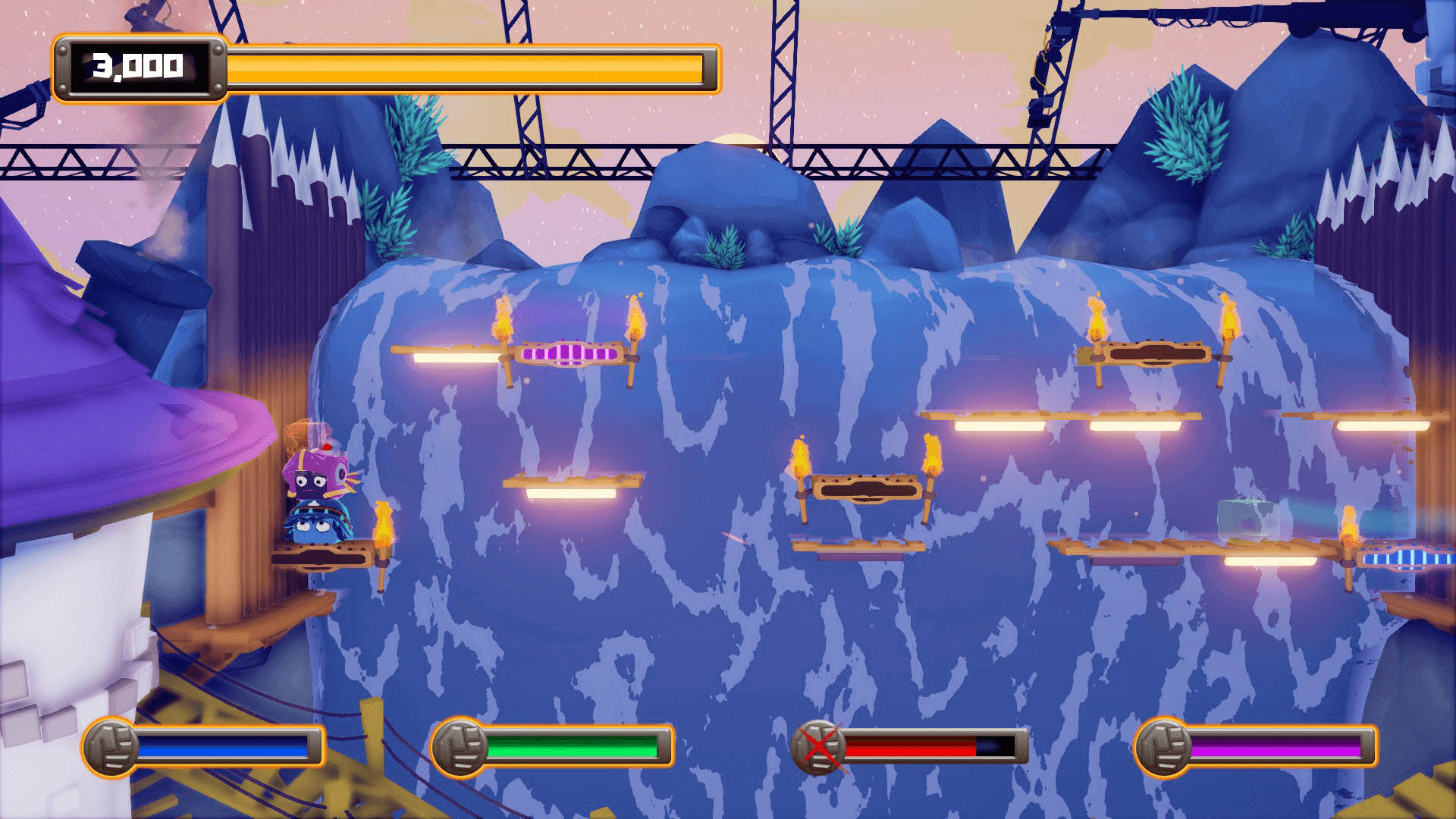 Introducing Jump Stars, the bonkers new local multiplayer party game which pits player against player in a bizarre, violent game show - whilst they collectively compete to save their skins.

Jump Stars is a two to four player party game that blurs the lines between cooperative and competitive play.

Cooperate as a team to get as much score as you can, then jump, punch, break, munch, explode, and crunch your teammates out the way to steal first place!

Try to reach 'The Gauntlet' by getting enough team score in each of four random mini-games chosen by the ominously cuckoo host, in 'Tournament'! Or, build your very own line-up, choosing from a array of unique mini-games across 25 different settings, in 'My Show'. Then pick one of 24 different cosplaying Cubee contestants to play as!